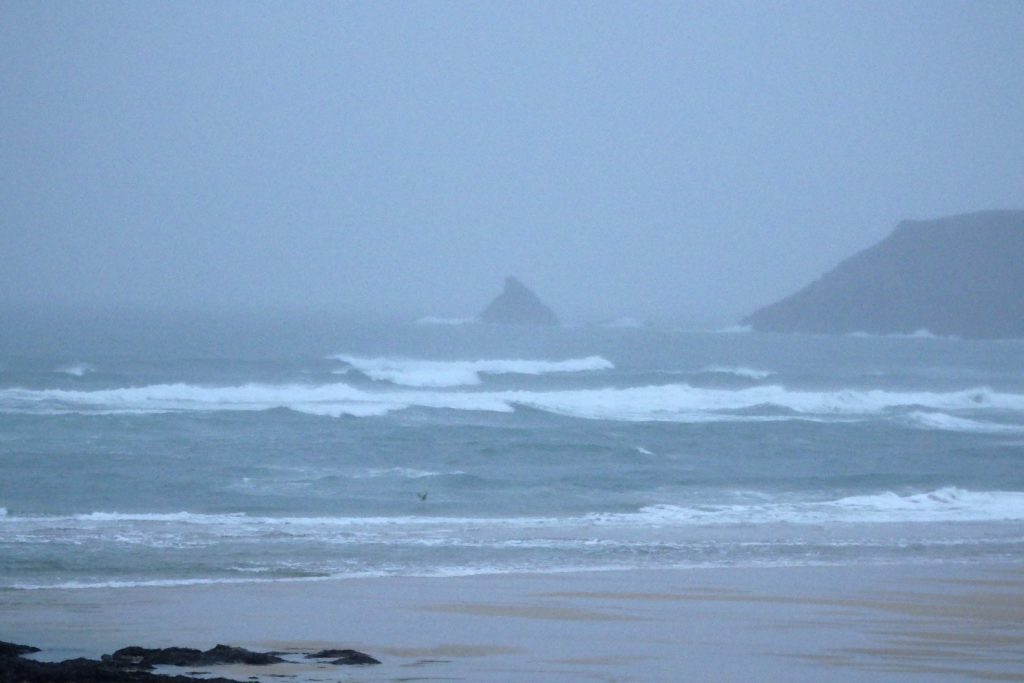 It’s blowing a hooley out there this morning and it’s cold too, really cold!
An angry north easterly is blustering down the coast, the sky a dark patchwork of dullness with the odd silver space to offer some hope while air temperatures are single figures.
But that wind is just, just a degree or two offshore, gusting into the left-handers that are breaking too fat right now because of the high tide.
Give it an hour or two though for that tide to drop and offer some shallow bits for those waves to break over and we might just see some hollowness.
It might also be worth trekking off up (or down) the coast to find somewhere a little more sheltered from this wind, there are a few spots along the coast that could light up today!
Either way, the water is a lot warmer than the air and ether will be some worthwhile surf out there if you want to go hunting! 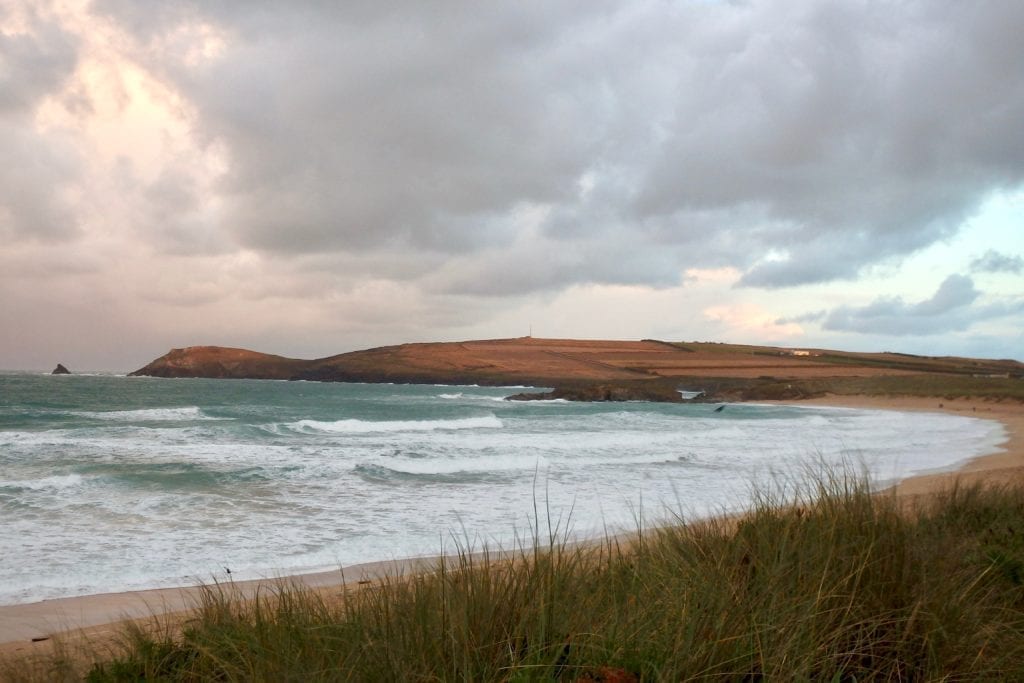 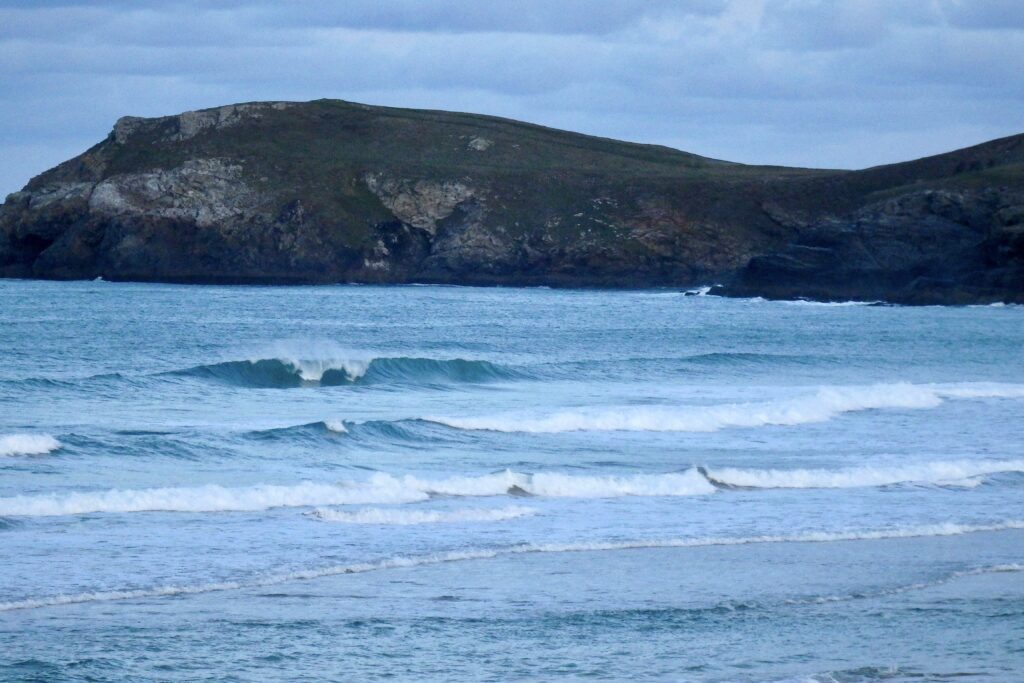 The north easterly wind is howling in Harlyn this morning, straight onshore and angry.
And so those small waves are being battered and bounced onto shore, a messed up mix of chop and slop with that angry wind chilling it all to an uncomfortable coldness.
It’s better elsewhere today, way, way better! 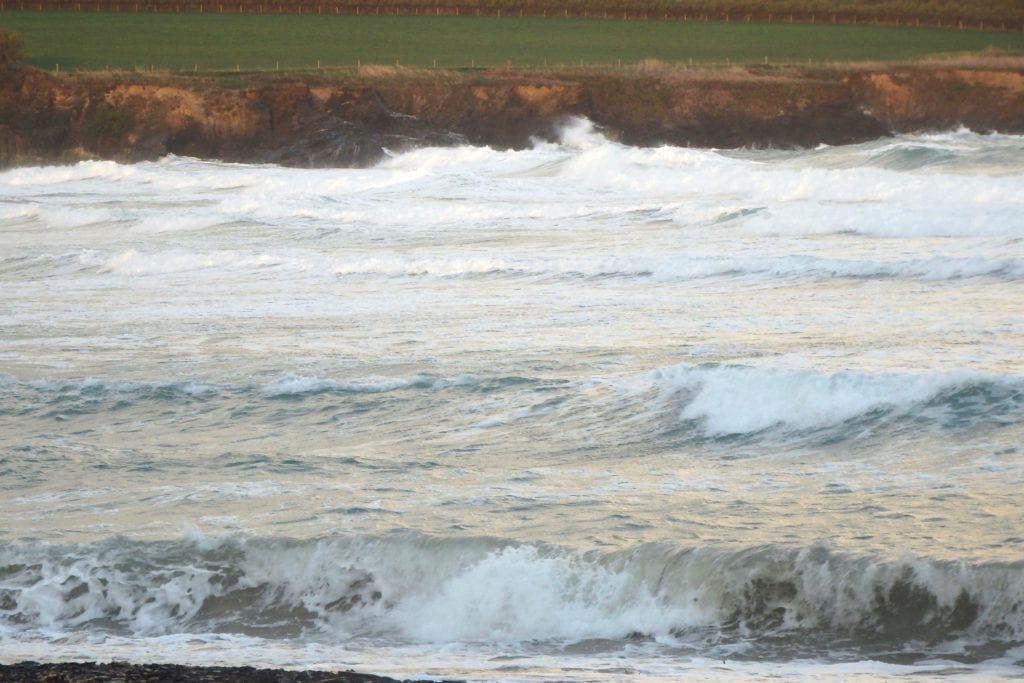 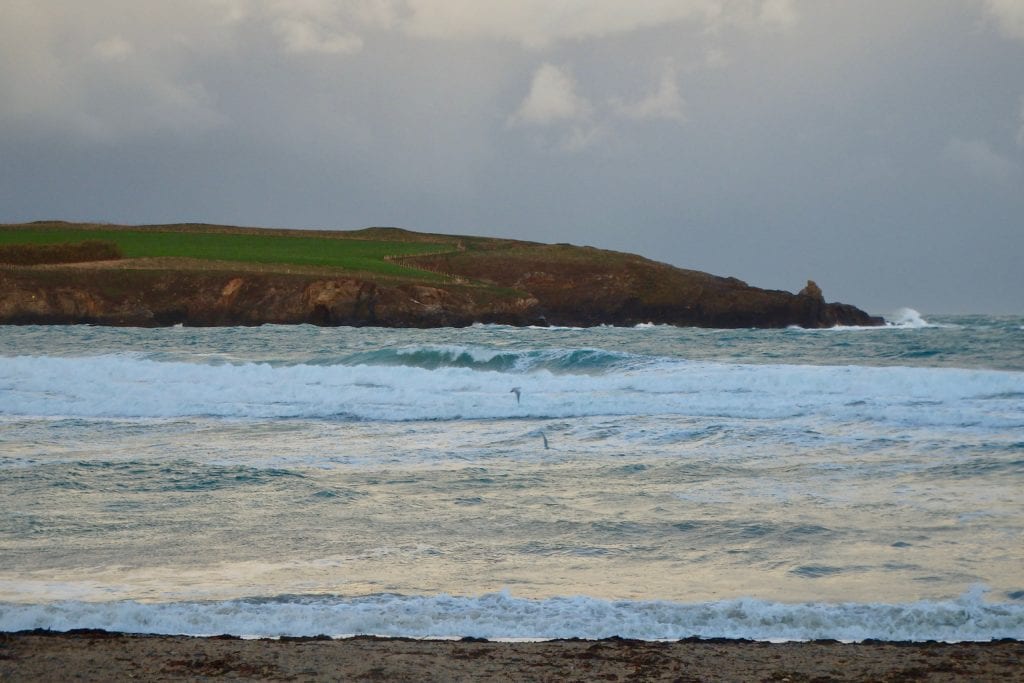 The wind should Strat to ease through today while backing even more to the east, a cleaner offshore direction. But the damage to the swell is likely to have already been done by those strong offshores overnight. We will be lucky to see more than a foot or two of fairly weak surf today but what little surf that survives its way onto our shores will be prettily shaped and very attractive!
Those longboards are going to be fun to control in that still brisk offshore wind though!

So it looks like the weather for this weekend is going to blow through earlier than was forecast with the main blow now coming through on Friday.
Saturday should see a still strong but not too wild north easterly blowing down the coast. That will make for really cold air temperatures, offering a first taste of Winter to come. But the water temperature is still comfortably mid-teens celsius.
Today’s surf could just be three to four feet, hollow and peeling, especially those left-handers, leaving the goofy footers frothing!
And you might just want to be slipping into your winter wetsuits this weekend but more because of that wind than the water temperature.
The wind is likely to continue to blow north easterly, offshore all the way through Sunday too, eventually blowing that prettily shaped surf almost flat.
There should be some small and peeling little peaks at those usual stages of the tide and at those usual swell focussing spots. But it’s likely to be more of a longboard gliding session than high performance stuff, that’s for sure. And it might just a little chilly for that in that hard blowing, cold wind.
And then the wind should calm for the start of next week with light offshores and some more pleasant sunshine expected!
Have a great weekend, wherever you are and whatever you’re doing!

Don’t forget to drop the clocks back an hour on Saturday nighty!!