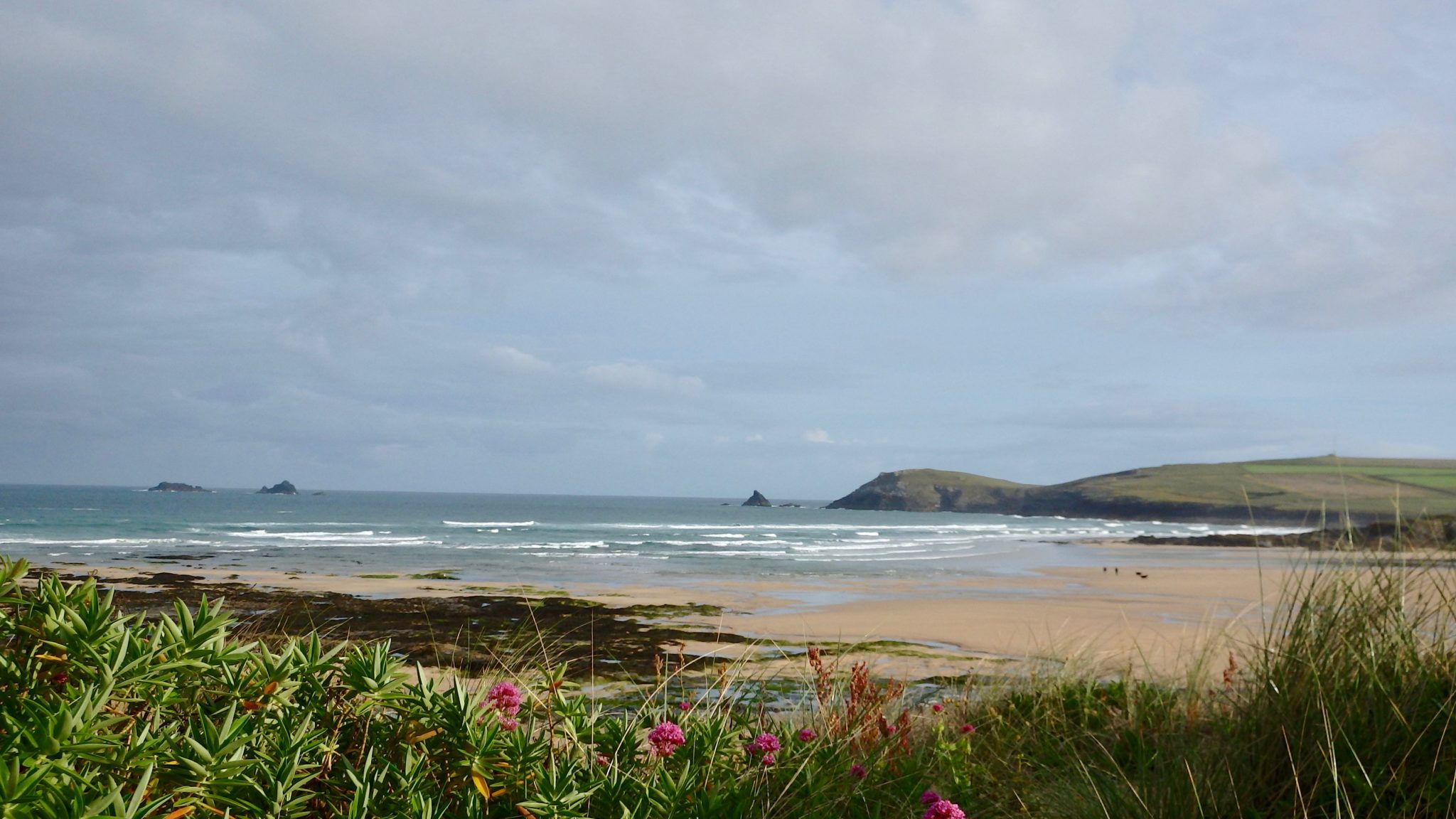 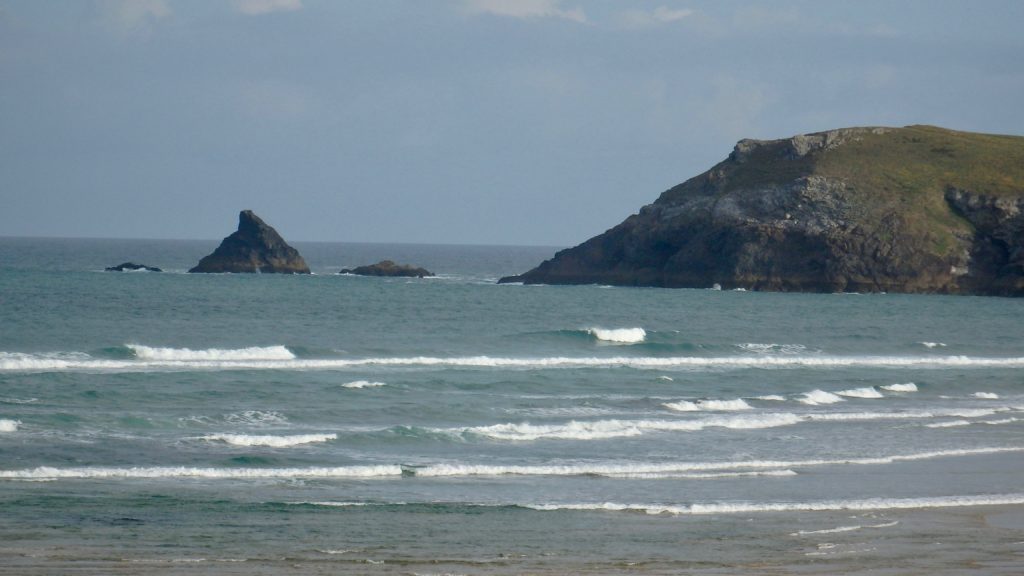 A light west sou’ westerly breeze is lightly bumping the three feet or so of pretty relaxed looking surf this morning.
The tide is nudging towards low on a pleasantly bright morning, that breeze mild and not unpleasant but you can see darker and more threatening rain sodden clouds just over there. We won’t be far from the threat of a little drenching today!
But there’s some fun surf to play in, certainly enough to keep the groms happy an their last weekend of the half-term school holiday! 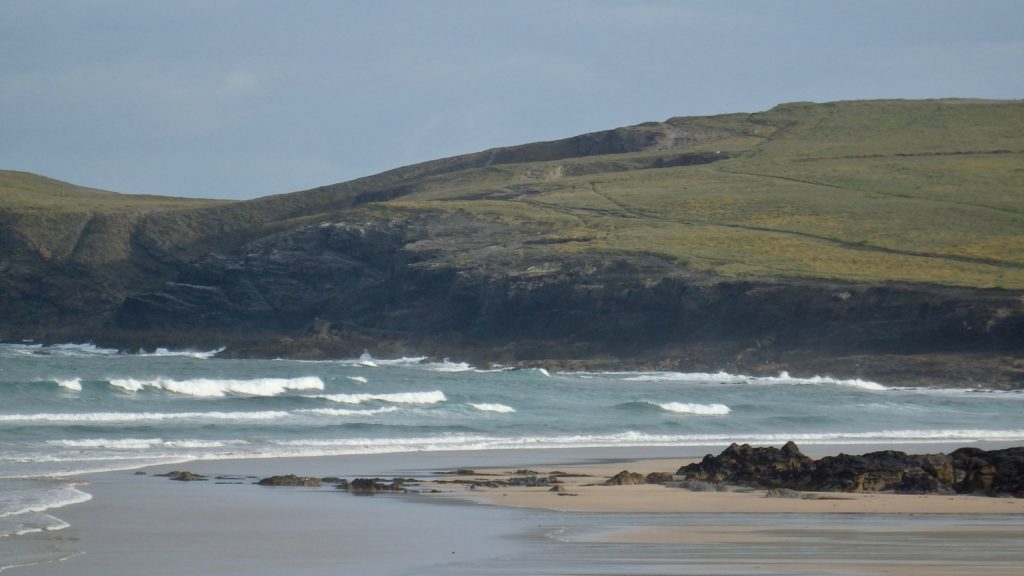 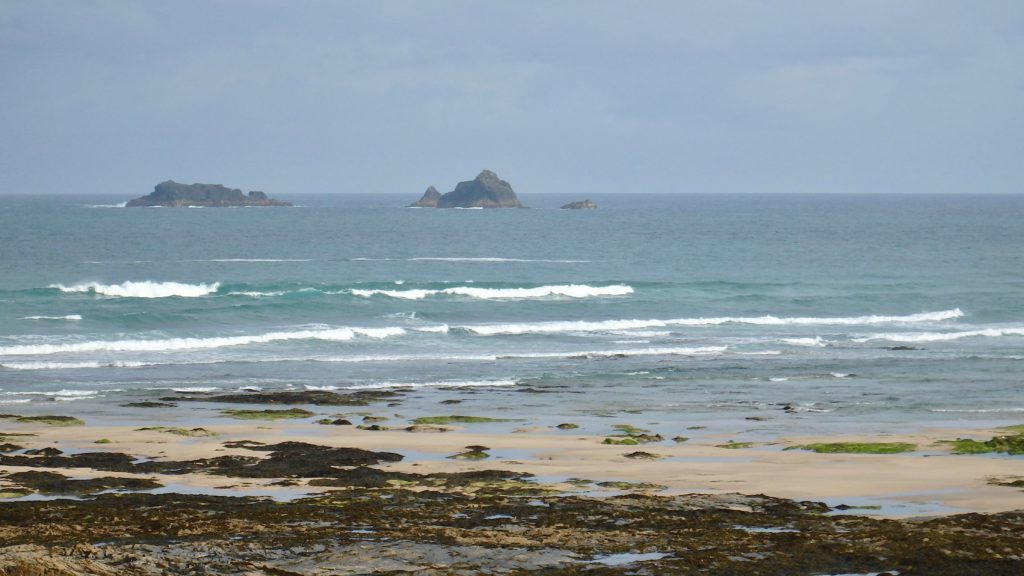 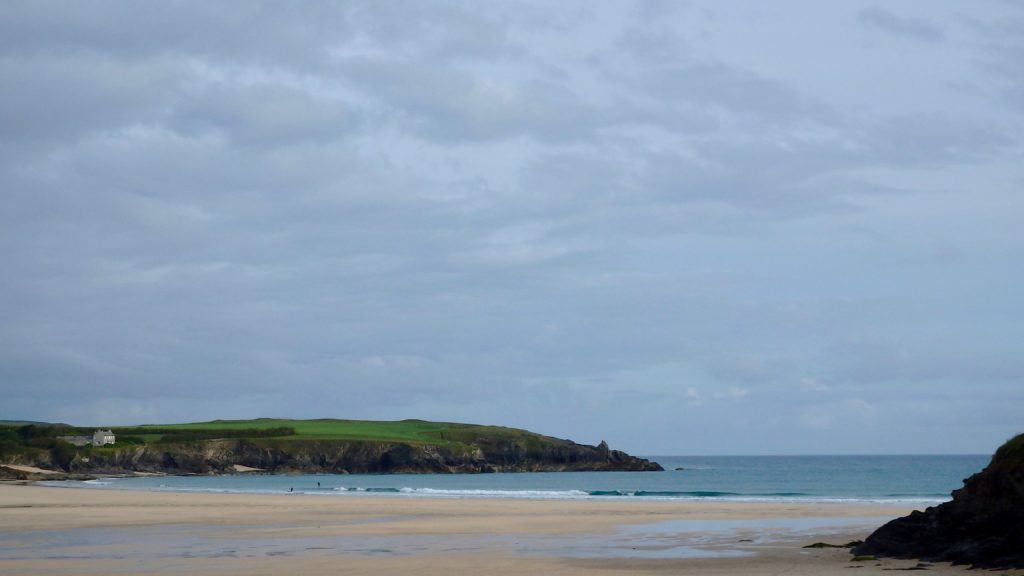 It is almost flat here this morning, smooth and clean and shiny and inviting but flat.
A couple of guys are out on SUPs and having some fun, which is probably the best approach here this morning, although it might just build a fraction through the day. 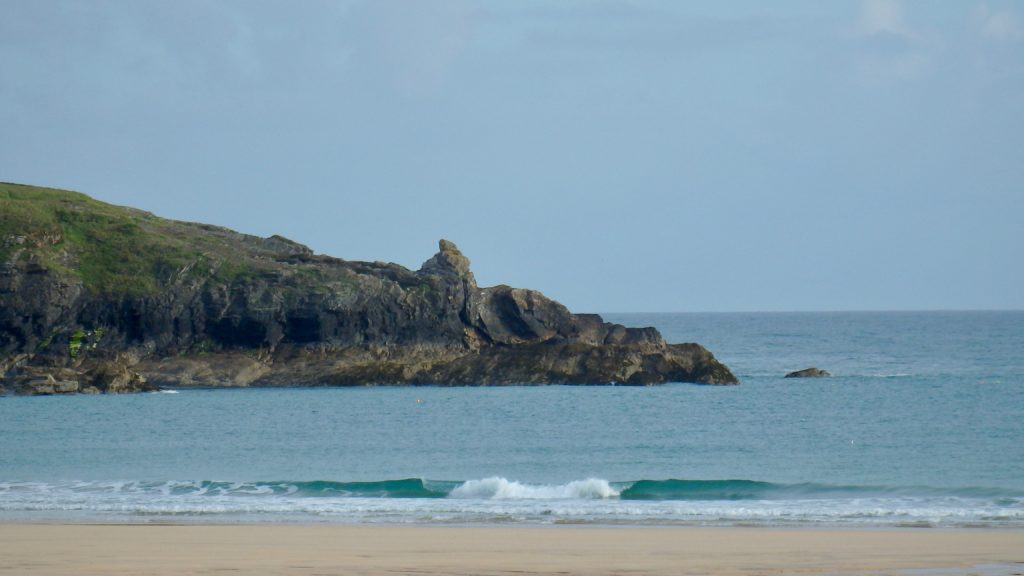 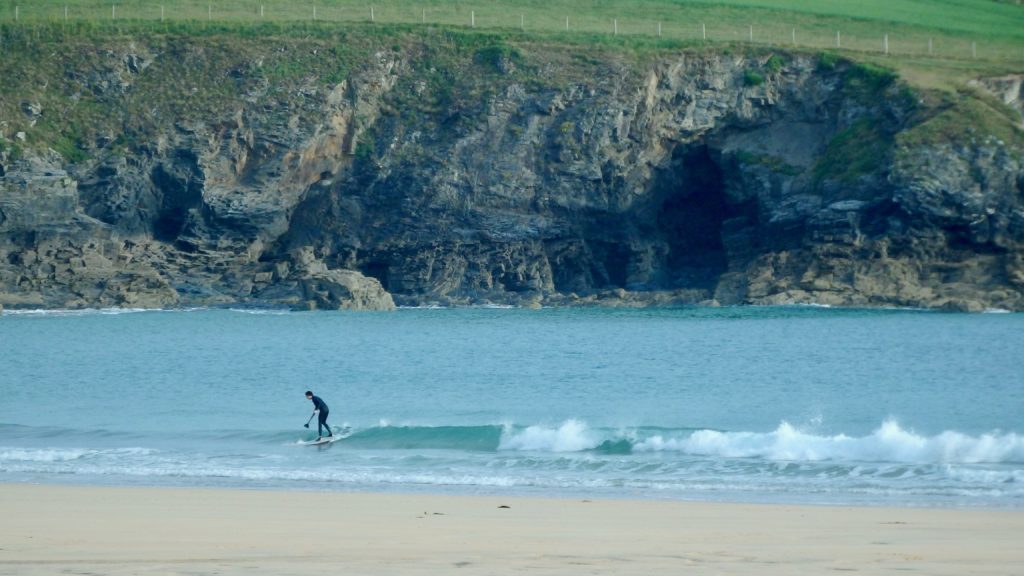 Another day of west sou’ westerly winds is promising to ease to more of a breeze while three to four feet of swell washes along the coast.
A mixed day of bright spells and showers is promising some fun surf with the choice between bigger bumpier and paddle testing west side breaks versus those much smaller but clean and smart sheltered spots.

These light breezes should carry us through the back half of the week, freshening and settling to the south west through the weekend.
With a large area of depression sliding up the Atlantic, we are likely to be seeing some thick and rolling surf arriving our way through Thursday and building into Friday.
So that pristine shaped surf of midweek will gradually be replaced by something only a little bumpier and sloppier and thicker and bigger.
If you are in a position where you can time your surf sessions to suit yourself you should get in some good, clean and building surf but if you only have fixed amounts of time then you could easily end up being quiet frustrated.
By Friday we should be seeing those waves creeping into the big size range, with four to five feet of thick and rolling swell buffeting the coast under only light breezes.
Onshore, west going south westerly winds are going to freshen up the weekend, Harlyn probably being the place to go for three feet of fun surf on Saturday with an action replay through Sunday!
Have a great weekend wherever you are and whatever you’re doing!