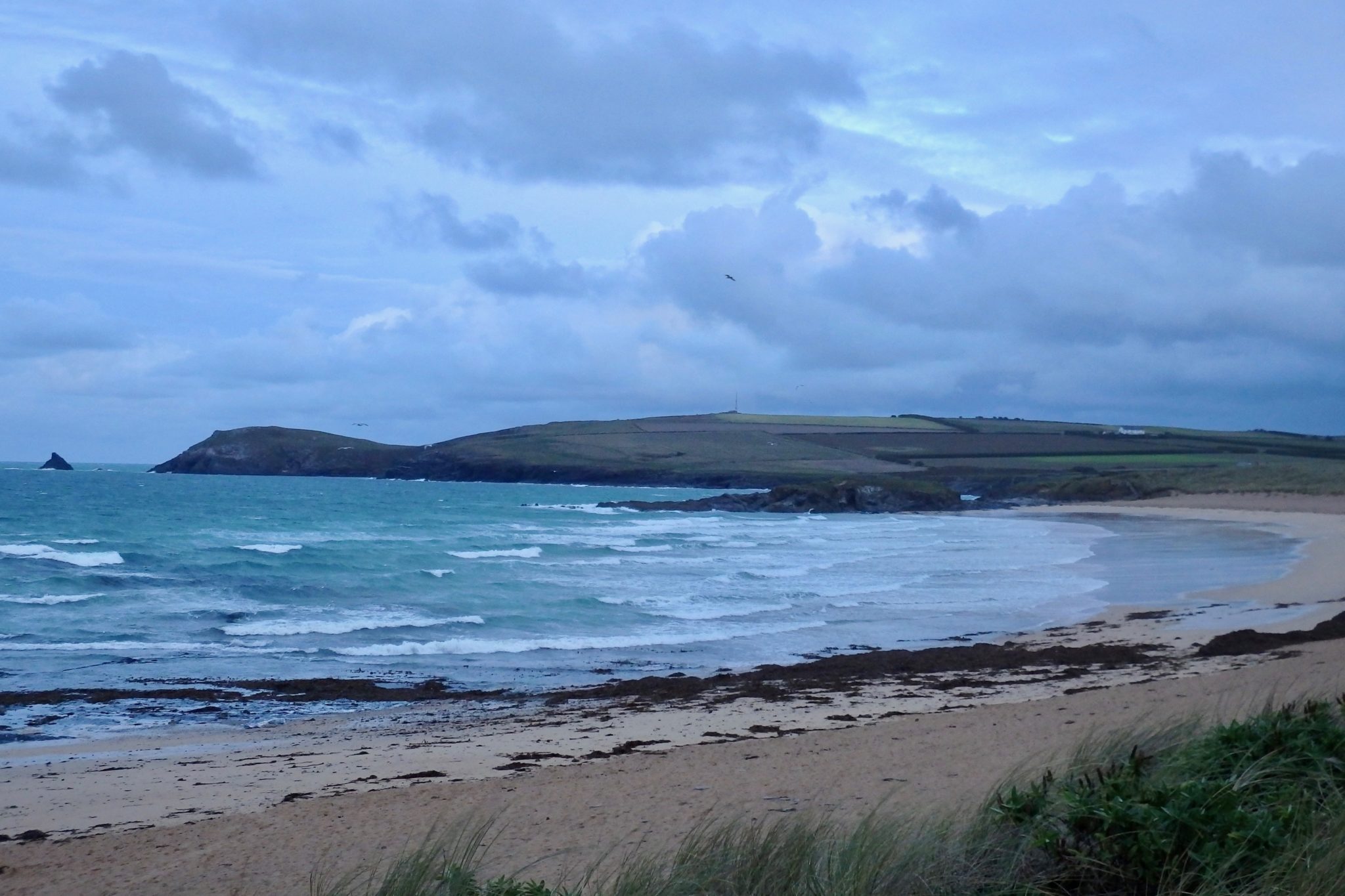 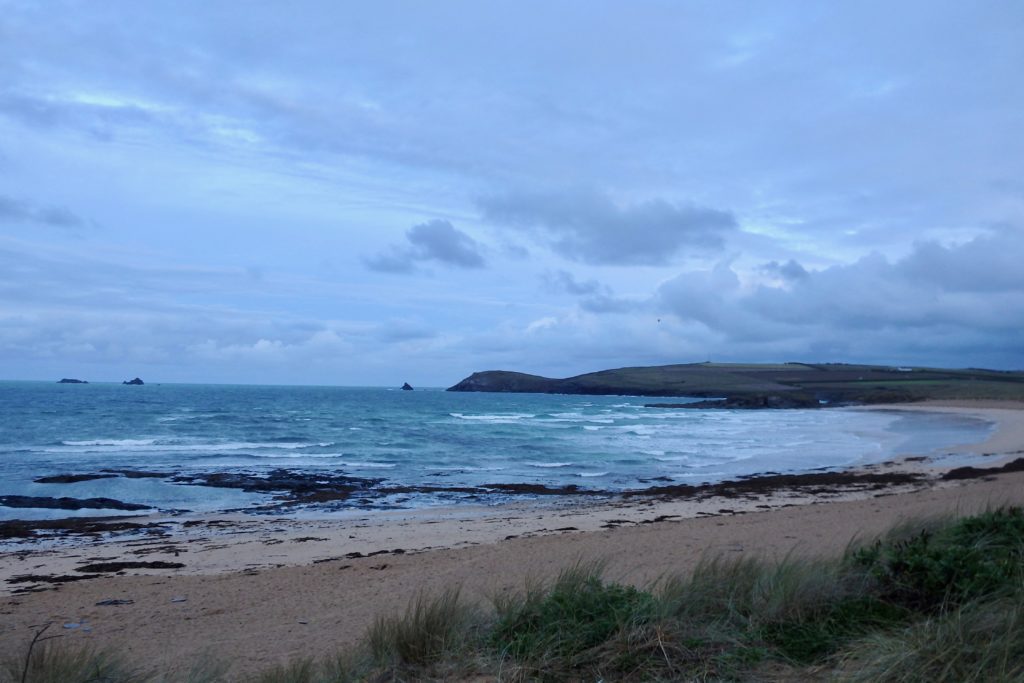 There’s dampness in the sky this morning, a thick layer of dark cloudiness crouching over us. But there are some bright bits in that sky as well and they look like they’re spreading as a brisk north westerly wind pushes and shoves those brooding cloudbanks slowly away.
The surf is a mess though, a couple of feet of wind tossed and chopped, grey and wintery looking surf is wobbling onto the sand. And with these winds forecast for the whole weekend, the best that we can hope for is bigger but just as choppy surf with some brighter weather later! 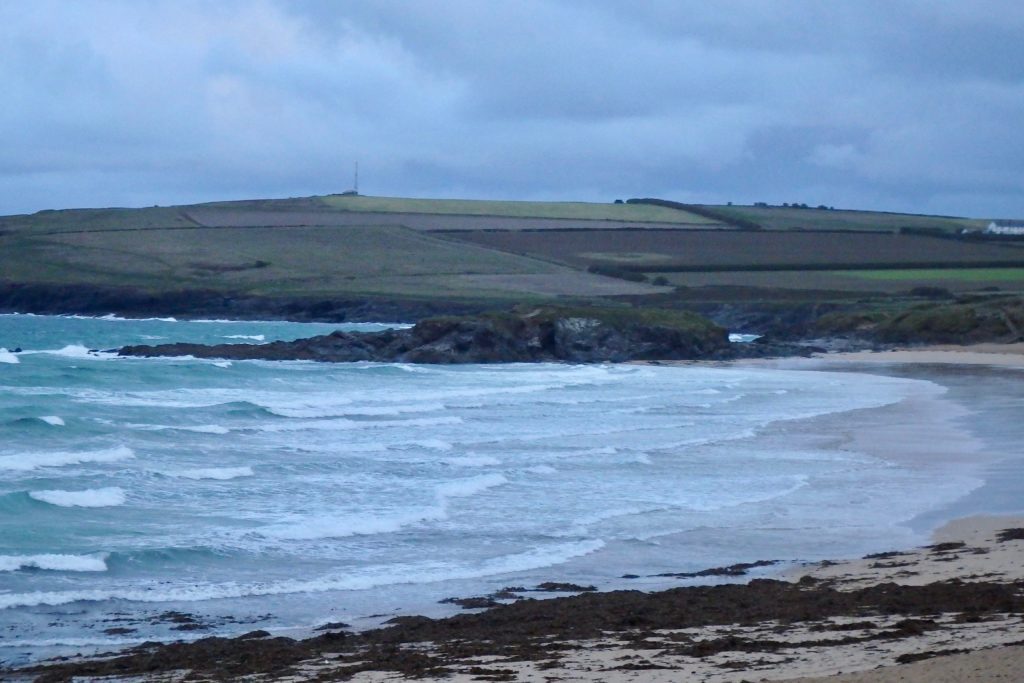 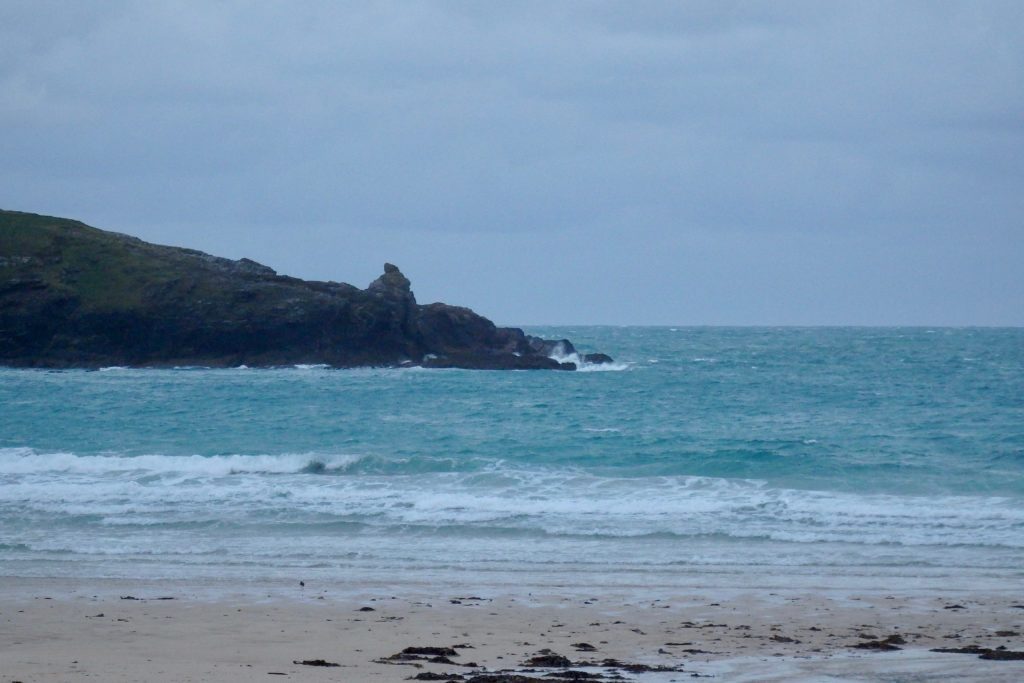 That north westerly wind is beating its way into the bay pushing in a foot or two of onshore slopped and chopped, junk surf.
It is all looking a bit wintery and uninviting but the weather should brighten and the surf should get a little bigger but that wind is going to stubbornly stay onshore! 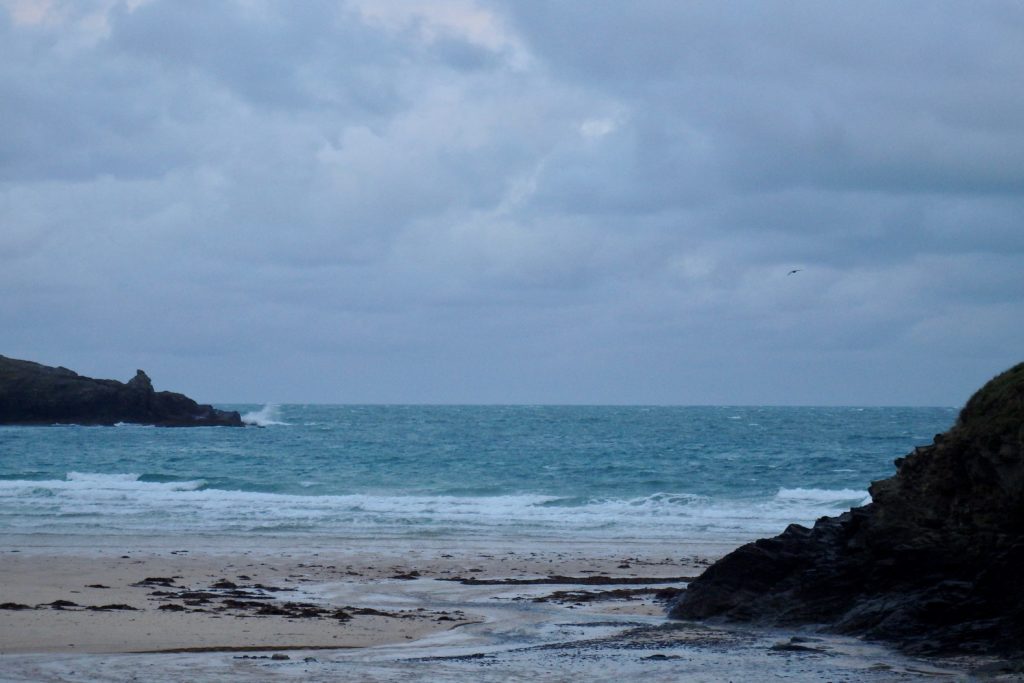 The surf should be bigger today and the weather should be brighter (for a bit anyway)but that wind will still be gusting in from the north west, still junking those four to five feet swell lines.
South coast anybody?

After such a peaceful and still week of calm Autumn weather the wind is likely to blow us into the weekend.
Brisk north westerly winds are going to bluster onshore keeping temperatures down and the surf chopped out all through the weekend.
If you can find those wind protected and sheltered spots then we should be enjoying three to maybe four fete of lumpy and choppy surf on Saturday, building a little bit more through Sunday.
And it looks like those conditions will start the week next week too.
So, there might be some small but cleaner waves over on the far coast but prepare yourself for some chilly slop and chop around here thsi weekend!
Have a great weekend, wherever you are and whatever you’re doing!