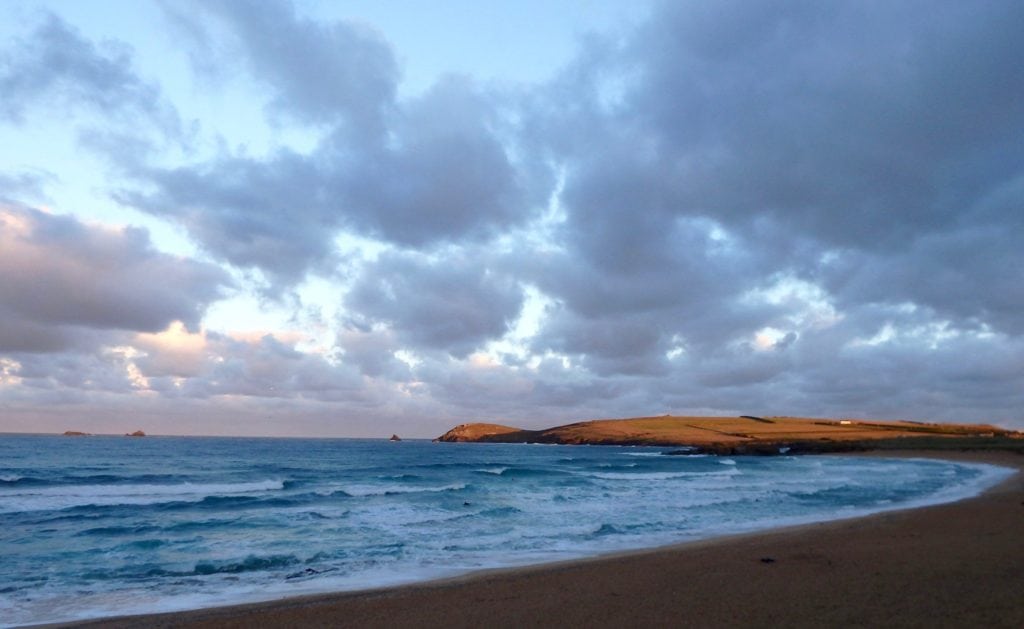 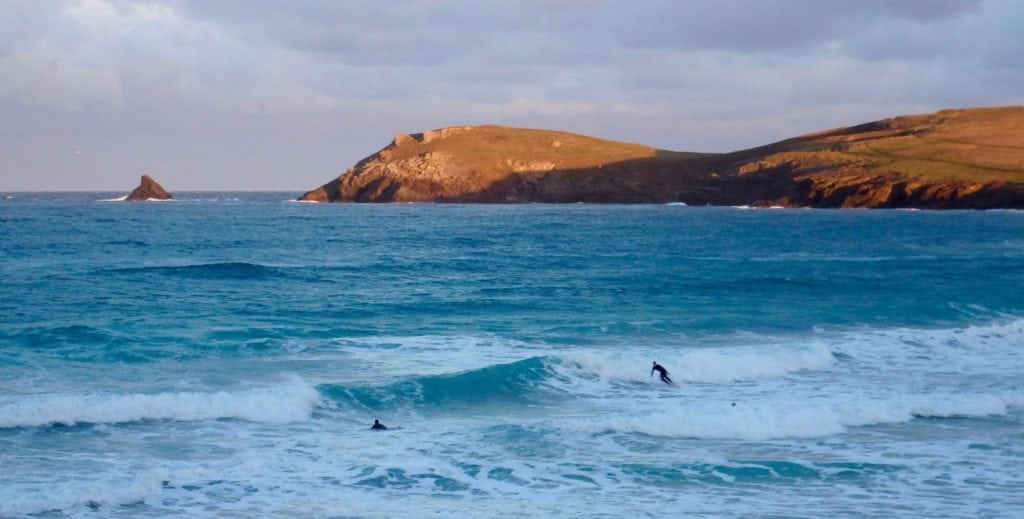 That’s a cold wind that is winding its way down the coast, a biting northerly, gusting across the bay under a patchwork of sun scattered cloudbanks. Heavy downpours are not going to be too far away today!
And the surf looks cold too!
It’s not, with a mid-teens celsius temperature but those two to three feet waves are steely grey/blue, rippled and ruffled by the gusting wind and trying to break with some consistency but not quite managing it.
There is the chance of that wind just easing its way back to the north east, offshore at these breaks and that would improve conditions a lot.
But right now the surf is cold looking but very okay and has a big chance of improving.
What else are you going to do on a chill and breezy Bonfire Night Saturday? 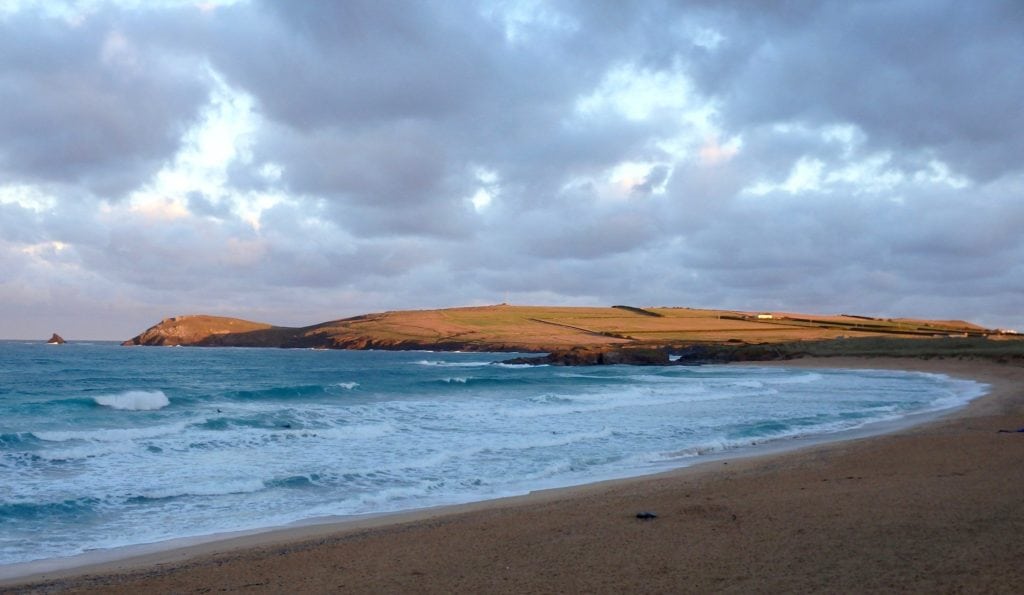 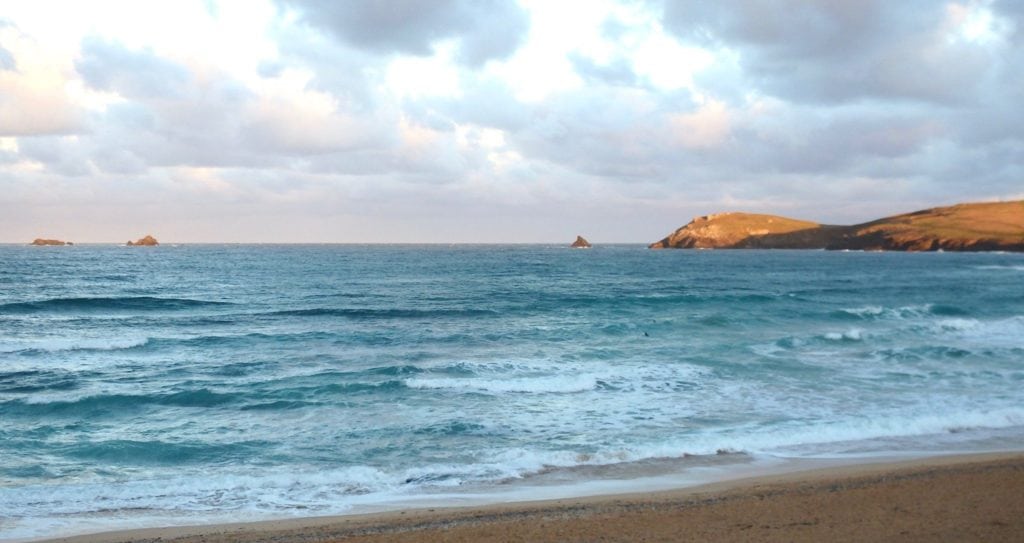 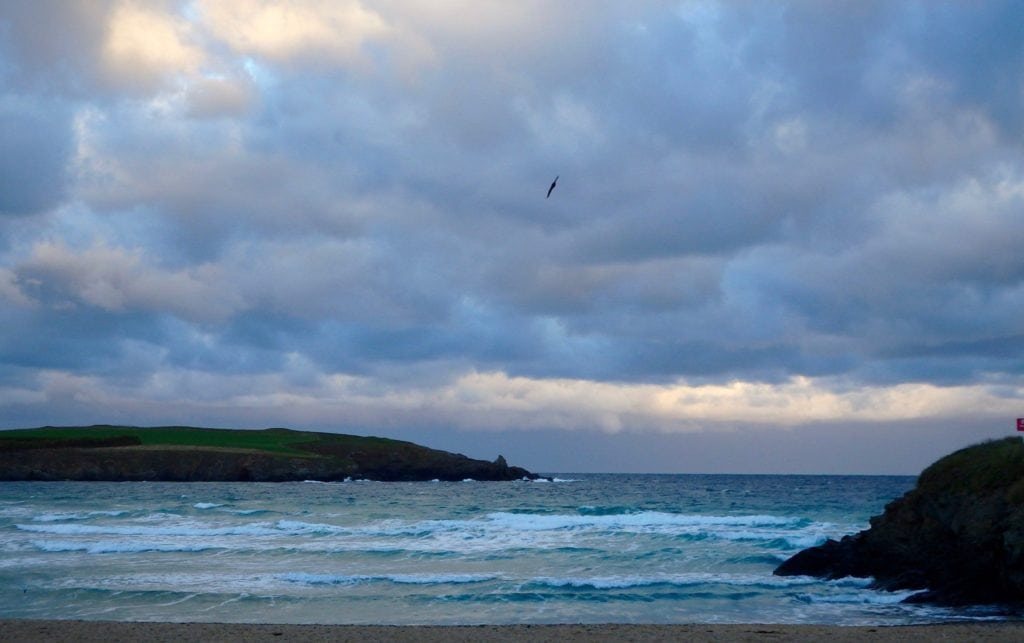 That cold northerly wind is blowing straight in here this morning, chopping and slopping the almost flat surf.
There is a foot or so of mis-shapen and erratic, shattered glass surf dancing around the bay, creating beautiful light effects but not enticing any surf riding today! 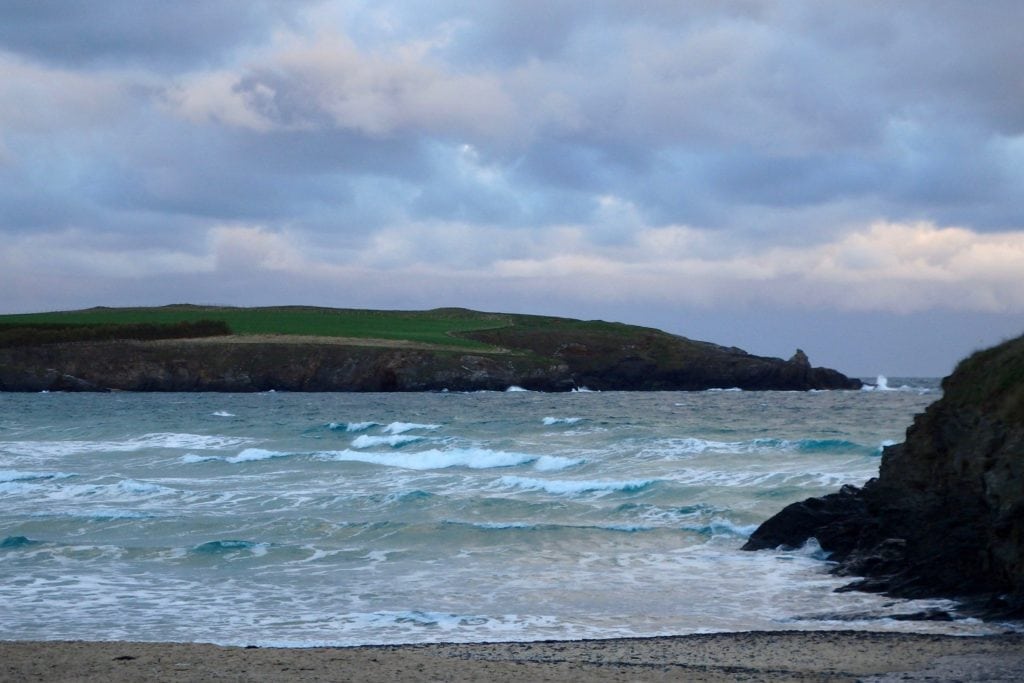 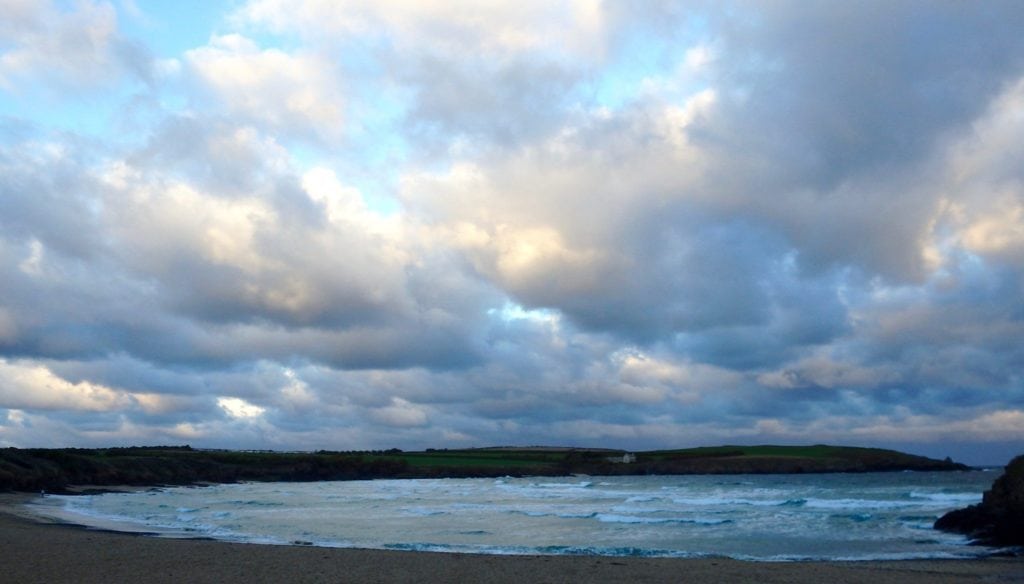 Those north winds are likely to be blowing just as hard if not harder today, chilling the air while not really helping the surf.
If the wind stays to the north or even drifts to the north east again then we should enjoy some fun surf but if it drifts to the west then we are likely to have to settle for some chopped and slopped stuff.
That can be fun though, especially in these still (relatively) warm waters!

A more mixed weekend is waiting for us compared to the last few with a chillier breeze blowing down from the north, turning into more of a wind later.
The weekend is likely to start out a bit windy and damp and onshore with a brisk north westerly wind blowing down the coast. That wind should quickly change to a north easterly which is offshore at a few good breaks locally. And the surf should enjoy just a little surge through mid morning just as the wind changes (again,hopefully!).
So Saturday could just come good with a decent couple to three feet of offshore groomed surf along with some sharp and bright sunshine, if only for a moment or two! The temperatures are going to feel colder though!
Sunday is likely to be much windier, a strong northerly wind gusting down the coast again, while two to three feet of windswept surf teases in those chilly temperatures.
And then we should see north easterly winds taking us into the start of next week, all chilly and blowey but maybe just allowing the surf to be okay!
Have a great weekend, wherever you are and whatever you’re doing!