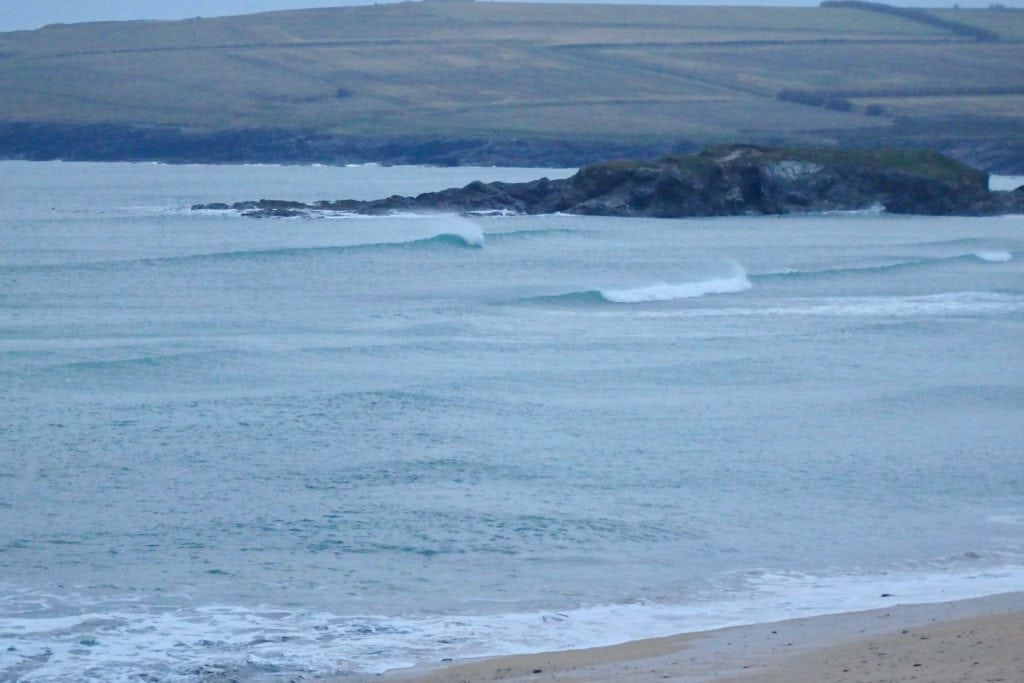 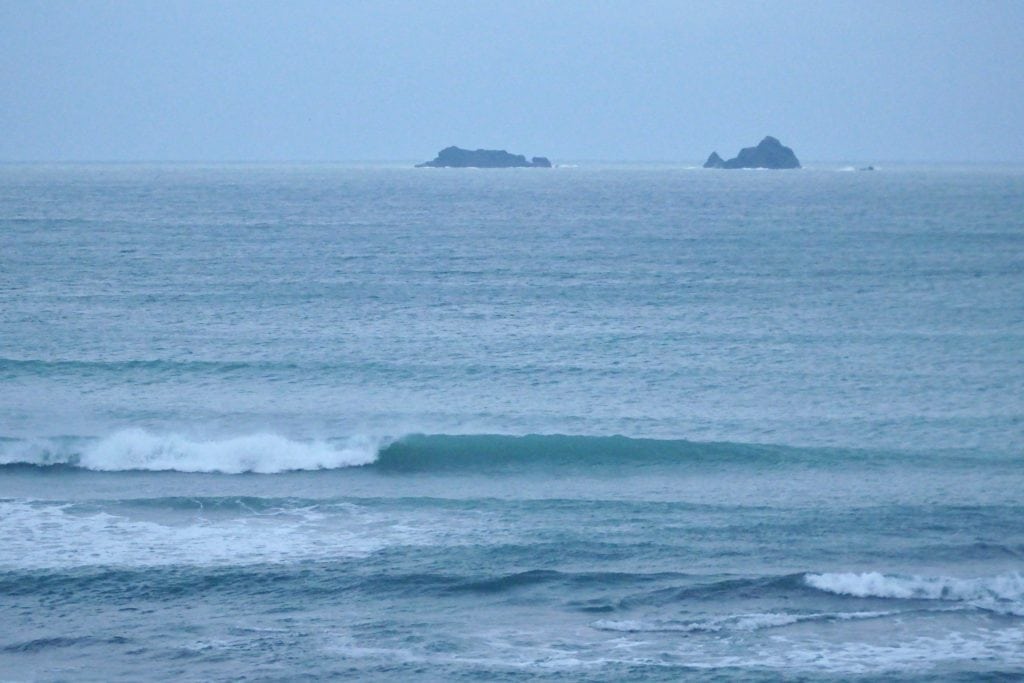 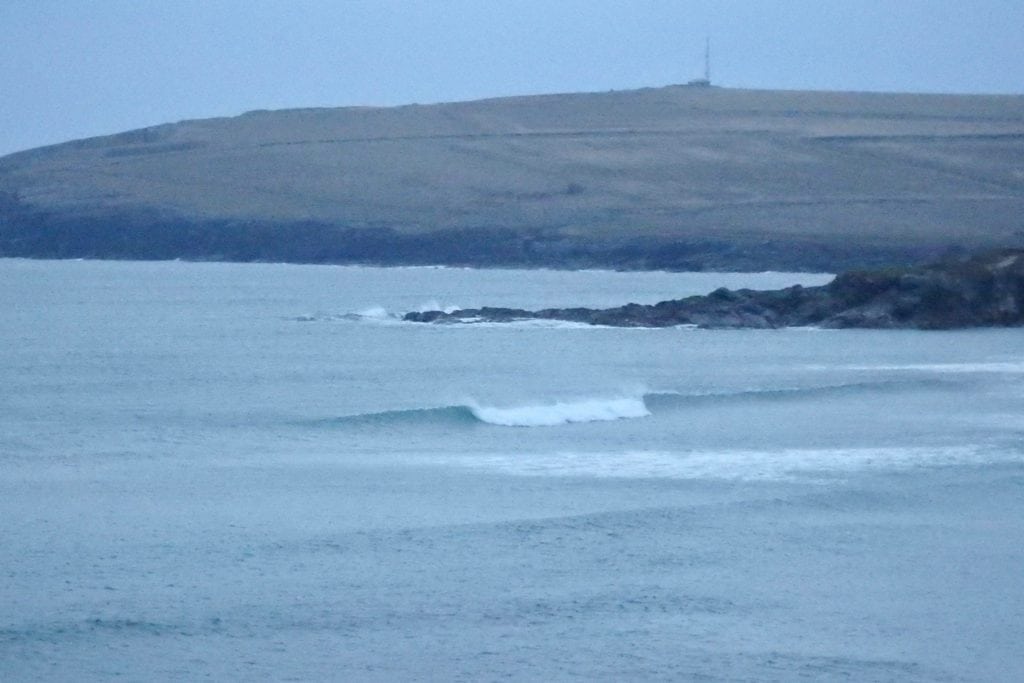 The thermometer might be showing 4 deg C but the blustery north easterly wind is making it feel colder than that!
A wintery, grey and chilly morning is only reluctantly fighting off the hidden full moon of last night, the sky a blanket of dullness above a sea of silver.
And that wind!
That wind is gusting down from the cold places, still offshore and so still helping to shape and mould some pretty looking waves but gradually beating the swell lines back. Those thick and strutting waves of the last few days have been blown back and pushed down to a much more moderate couple of feet or so. Immaculately shaped and wind hollowed but smaller than it has been.
There are the odd bigger sets still managing to muscle their way through that strong offshore but you have to wait for them. In that cold wind! 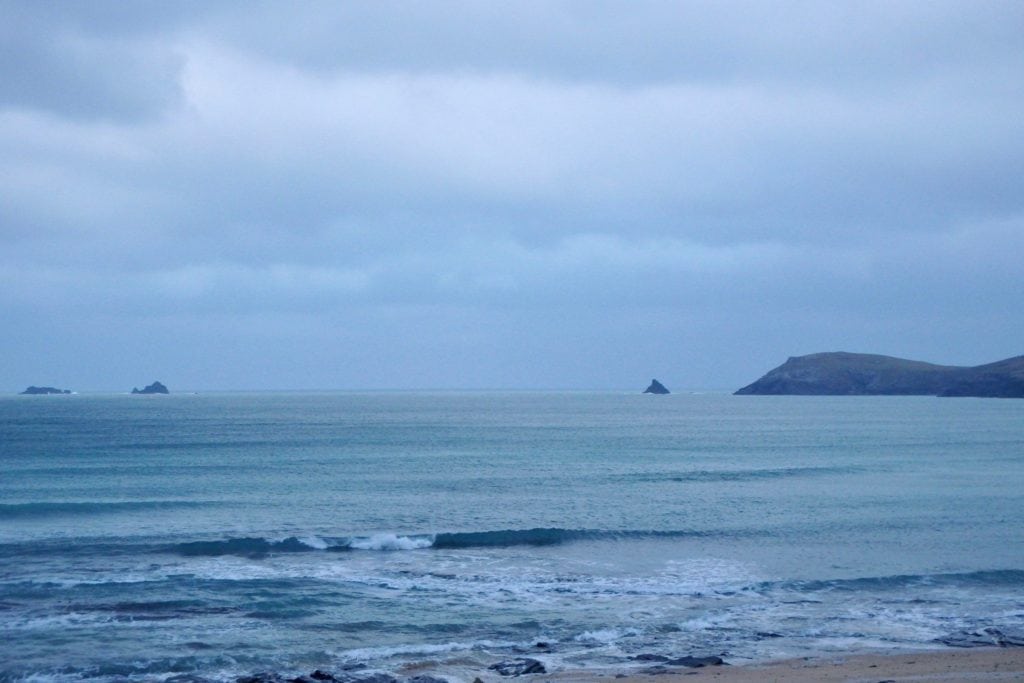 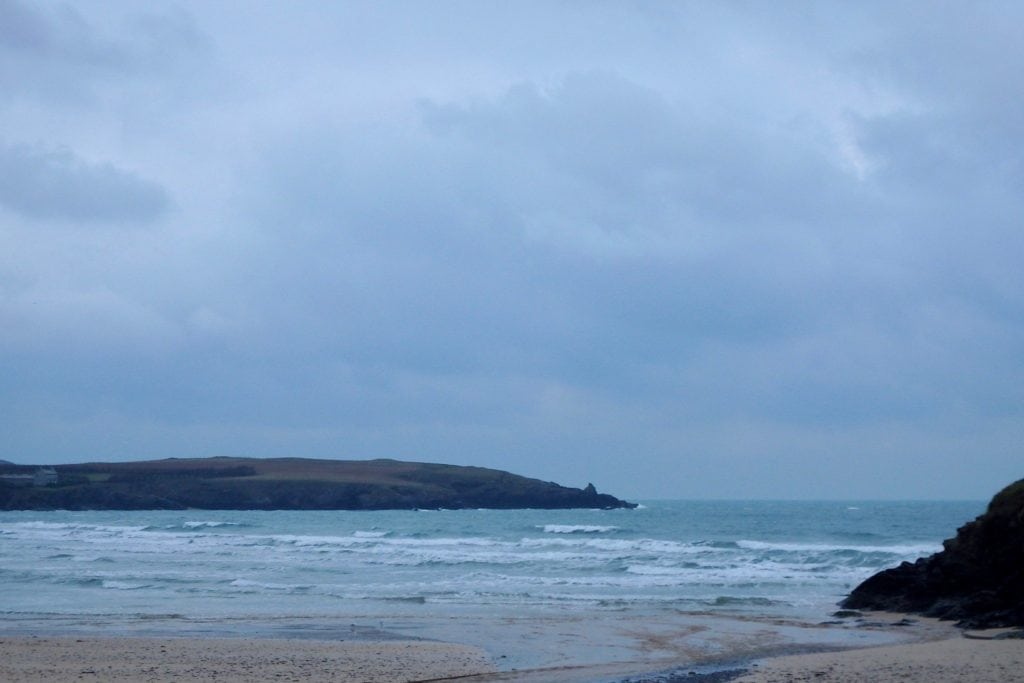 The wind is pushing in onshore again here this morning with no more than a couple of feet of junk surf washing into the bay. It’s all very grey looking and wintery, the gusting wind blowing foam off the tops of those broken peaks.
No, it’s not the place to wander in for a casual or fun surf today.
The other side is at least organised and clean although it’s not that big around there either. 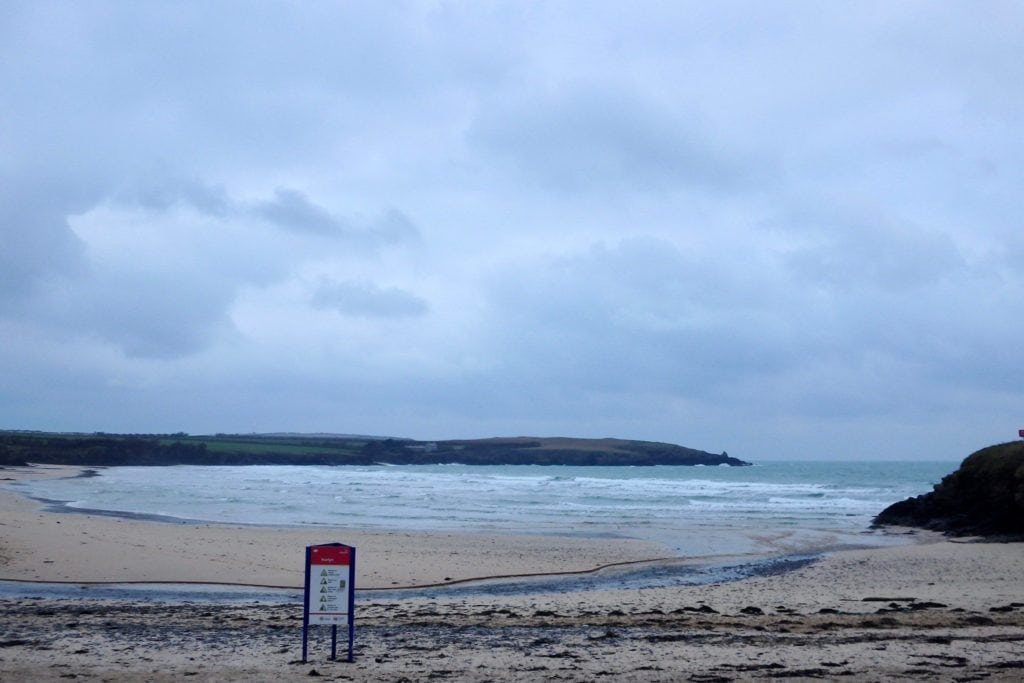 That growling offshore wind should feel just a little milder, the result of only one or two degrees shift to the south.
So a thirty mile an hour and stronger, offshore wind is going to be blasting against a rolling two to three feet of evenly spaced out swell, the force of that wind shaping and hollowing that weaker and diminishing swell into producing some finely shaped but probably very small, peeling peaks to glide across.
Probably best to find somewhere sheltered from the south easterly wind but open to the swell!

So a windy start to this school half-term holiday week is likely to keep the surf in check, those hard blowing offshores gusting into midweek and acting as an efficient block to a lot of the swell energy that would otherwise be pushing our way.
By midweek the wind is likely to have reverted to a more usual south westerly but maybe only for a moment!
The back half of the week looks calm and settled and offshore again. But not that hard blowing offshore of the start of the week, we should be enjoying something much calmer and more enjoyable (and much milder too!).
At the start of the week the surf is likely to be kept down to a foot or two at best by those hard blowing south easterly winds, the waves increasing just a little in size as the wind goes onshore through midweek. And then the surf should shine for the remainder of the week with only light offshoerts to keep those mainly three foot swell lines organised and tidy.
Have a great week, wherever you are and whatever you’re doing!