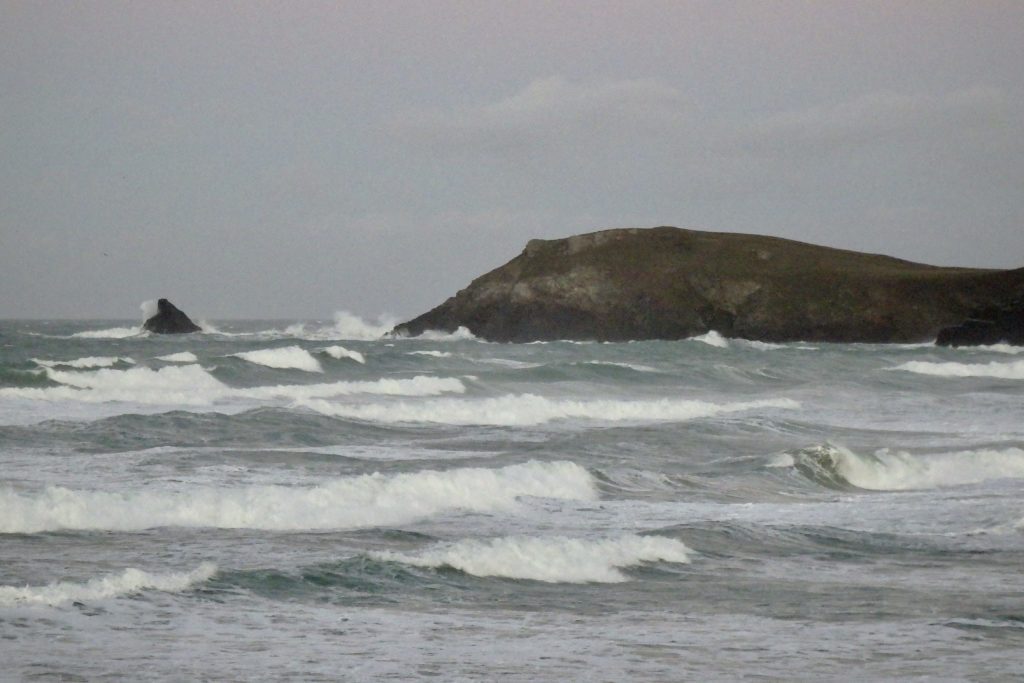 A chilly westerly wind is screeching into the bay this morning, blowing away the night’s rain clouds to reveal a pale blue winter’s sky, a pleasant backdrop to that fat and full Old or Wolf Moon.
But of course the surf has been windlashed and trashed to leave nothing more than surging bundles of broken and tattered waves to keep the seascape painters occupied.
It is as pretty as a picture but there’s no surf to ride! 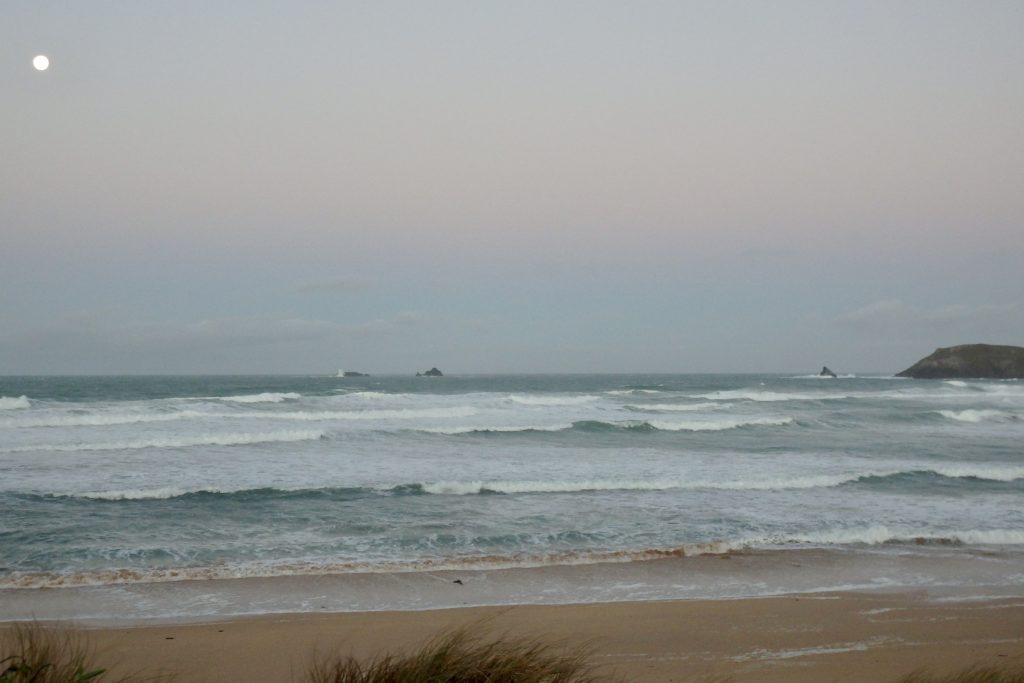 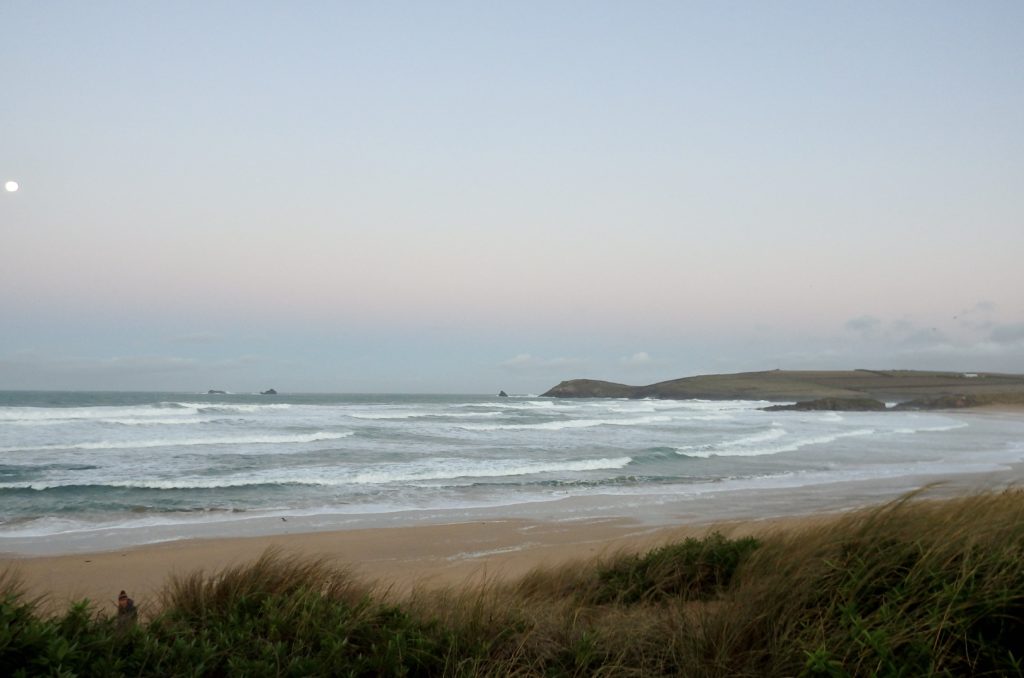 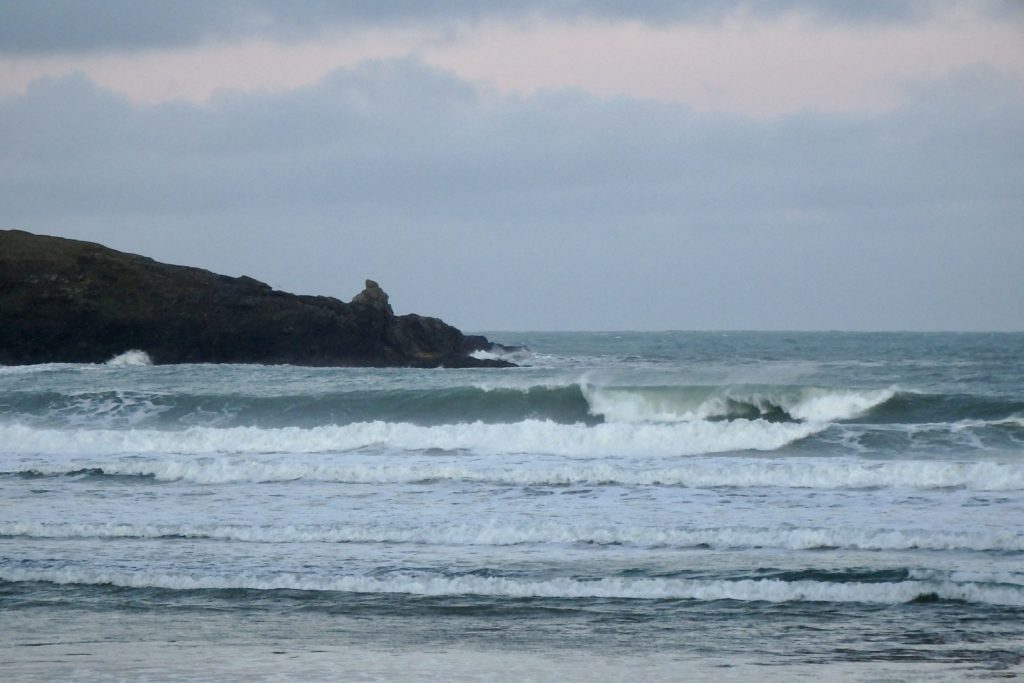 The surf at Harlyn has lost the preciseness of yesterday, a howling westerly wind blustering across the bay and making for lumpier and more unpredictable conditions.
There’s still some size to those sets but there’s not that smooth faced hollowness of yesterday, although those beach wide shutdowns continue to completely close-out the bay every now and again!
This afternoon’s tidal push might improve things a lot though!  s 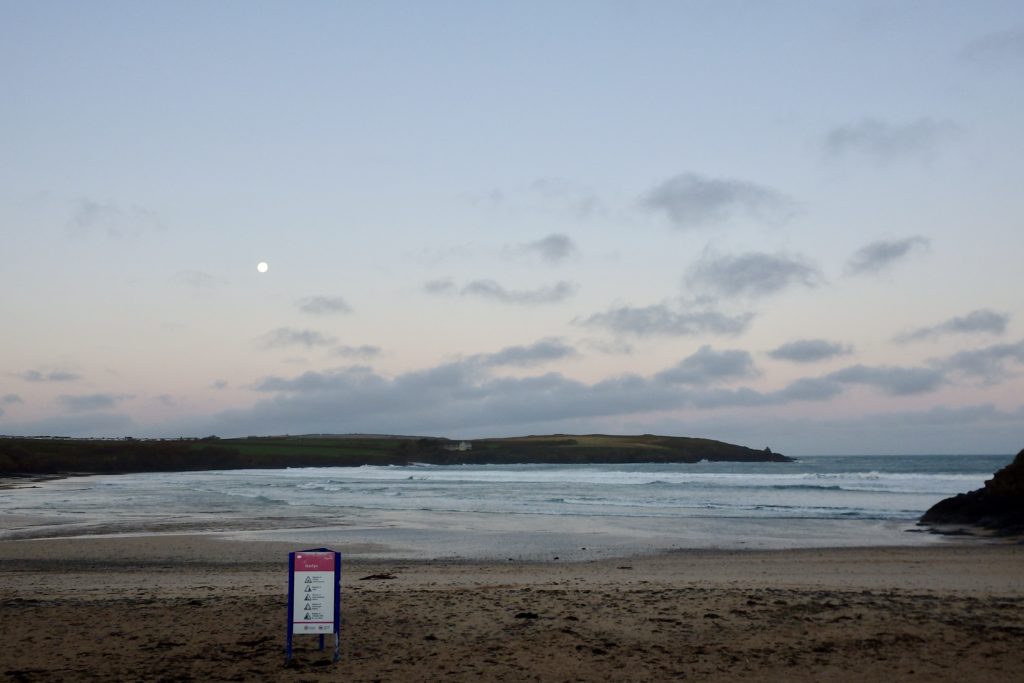 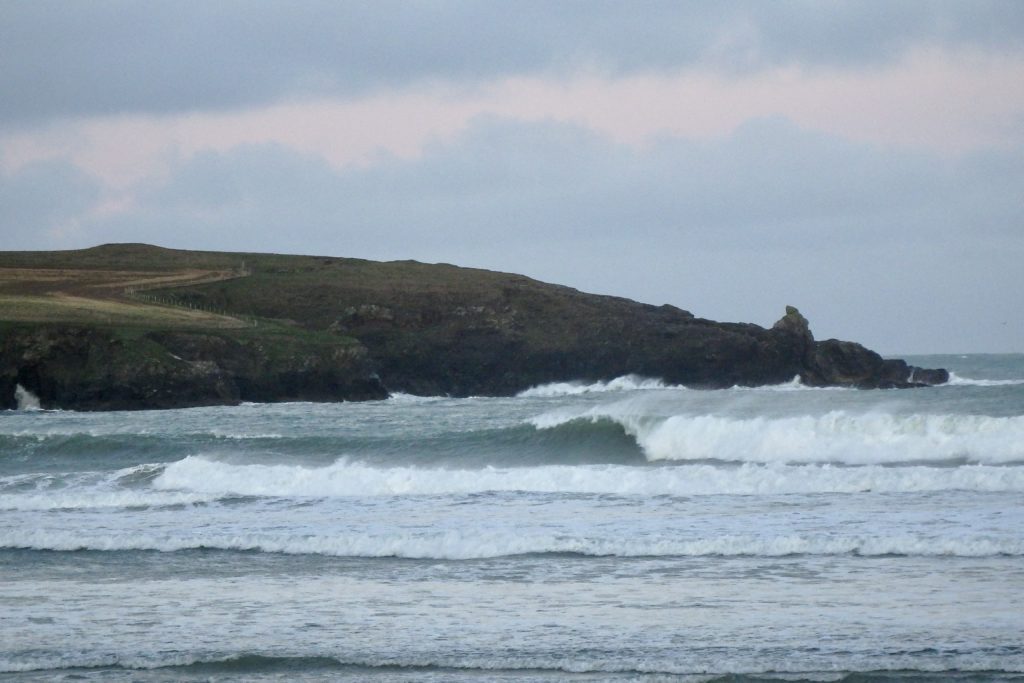 The wind is going to strengthen throughout today with a strong blast from the south west aiming straight onto our coast.
So Harlyn is going to be our only local option for some surf but even that is going to get really big on the afternoon tidal push with an expected 8 to 10 feet of growling and sand shifting barrels heaving their way into the bay!
Take it easy out there if you are tempted in and make sure that you’re up to it! At this time of year you are pretty much on your own if/when it goes wrong!

Gale to storm force winds are going to blast us into the start of this week with those hard blowing gusts coming from the south west.
At least that allows us the potential option of Harlyn as a surf venue but even Harlyn is likely to be big to really very big in size. Throw in that strong offshore effect there and you can tell that those waves are likely to be huge, cavernous and heavy!
Those big and windswept waves will last well into the week, the wind maybe then starting to back offshore for a few hours at our main breaks as the storm passes onwards by Thursday morning ish.
And of course by week’s end that wind will be chilling things down as it whistles down the coastline from the North, nor’ west.
So, we’ll be seeing plenty of surf this week, probably a bit too much for most people and that’s okay, we can usually find somewhere more suitable to our skill levels with a little bit of looking around!
Have a great week, wherever you are and whatever you’re doing!