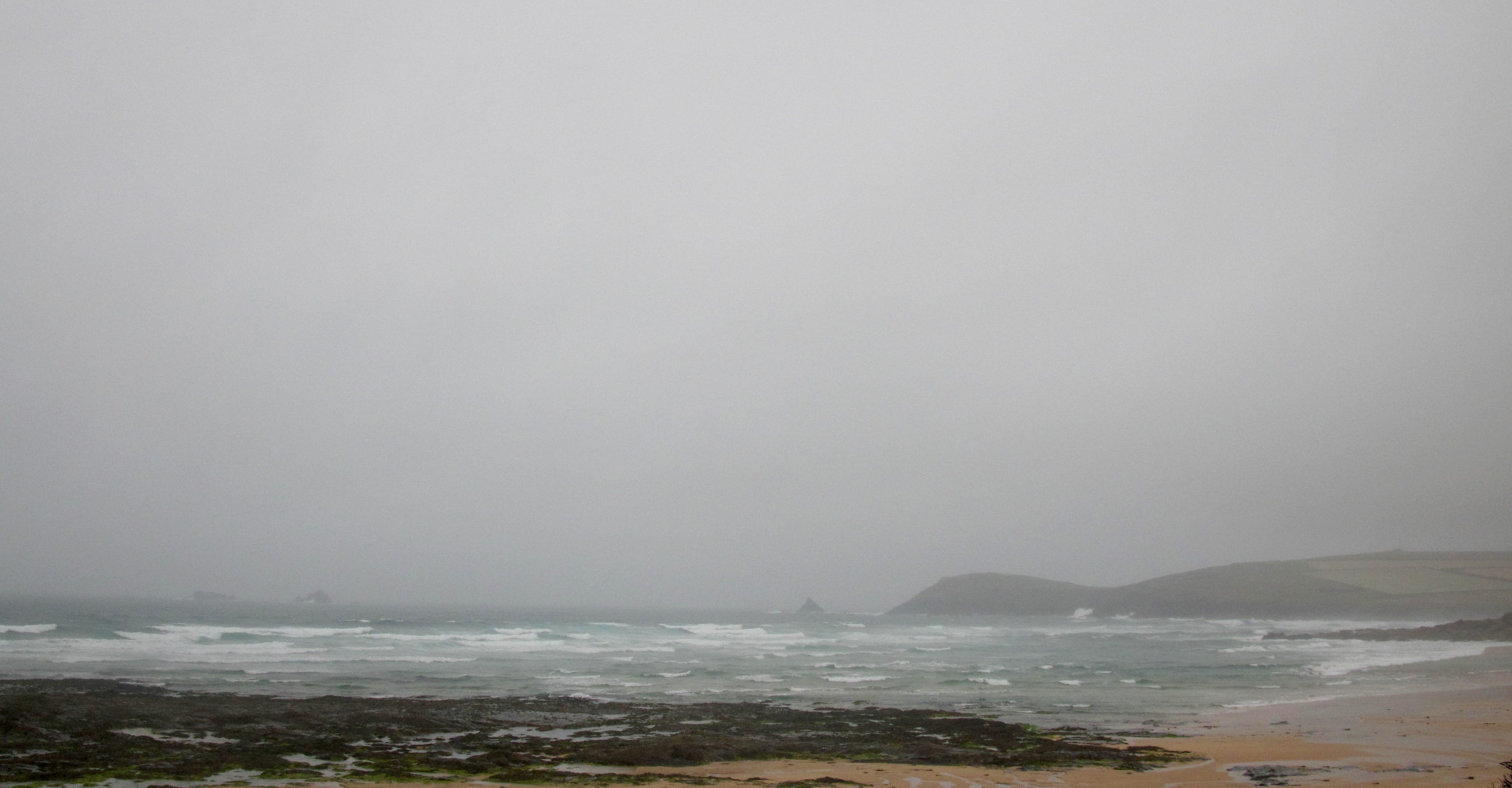 The rain and greyness and cosiness of an early Sunday morning is snuggling around us this morning – it’s a mild but wet ’n breezy one.
The wind is licking in from the south west, driving sheets of rain before it and churning the three to four foot swell into a mixed up mess of waves.
There’s not much to do down in the bay this morning, other than absorb the nature of a lazy Sunday morning in the wind and rain!
But I bet Harlyn has some good surf this morning! 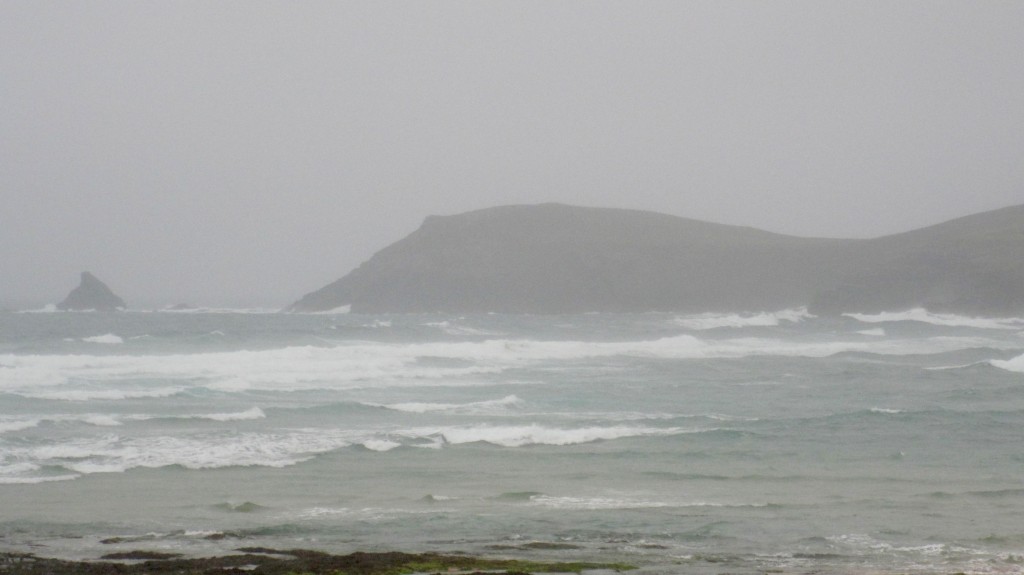 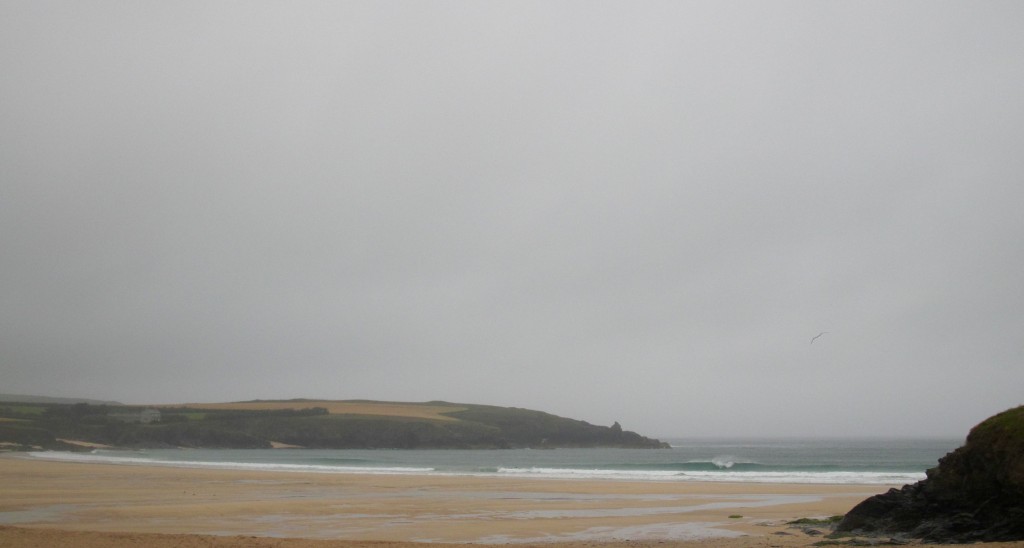 There’s a couple to three feet of grey wave walls crashing to the beach as the tide drops out here this morning.
That south westerly wind is straight offshore, holding those watery walls up until the last moment before allowing them to fold themselves into sand blasting tubes of fun. A lot of them are closing out but that’s just what Harlyn does, the odd one that screams off across the beach makes all those other shutdowns worthwhile!
So, a grey and gloomy day at Harlyn with three feet of thumping surf! Just like Winter! 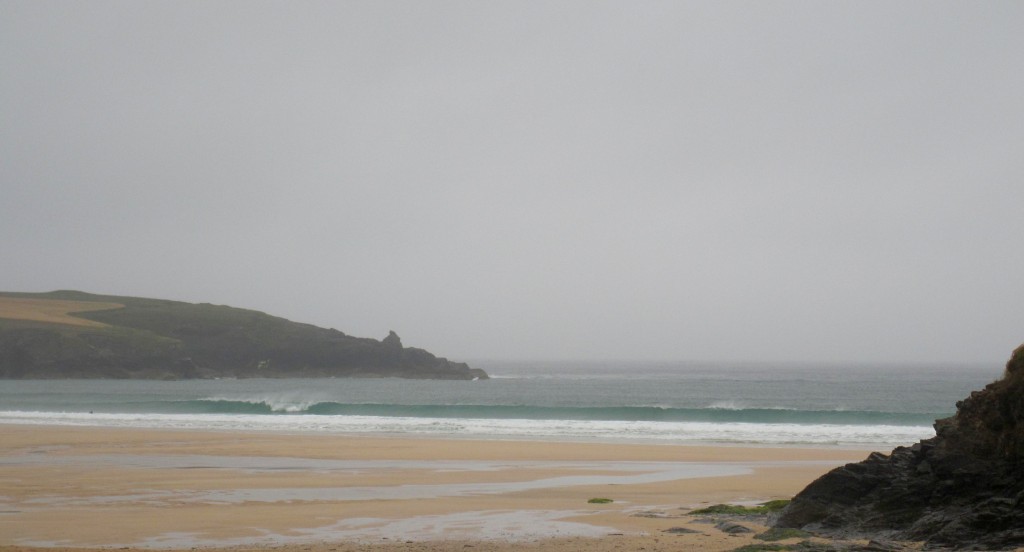 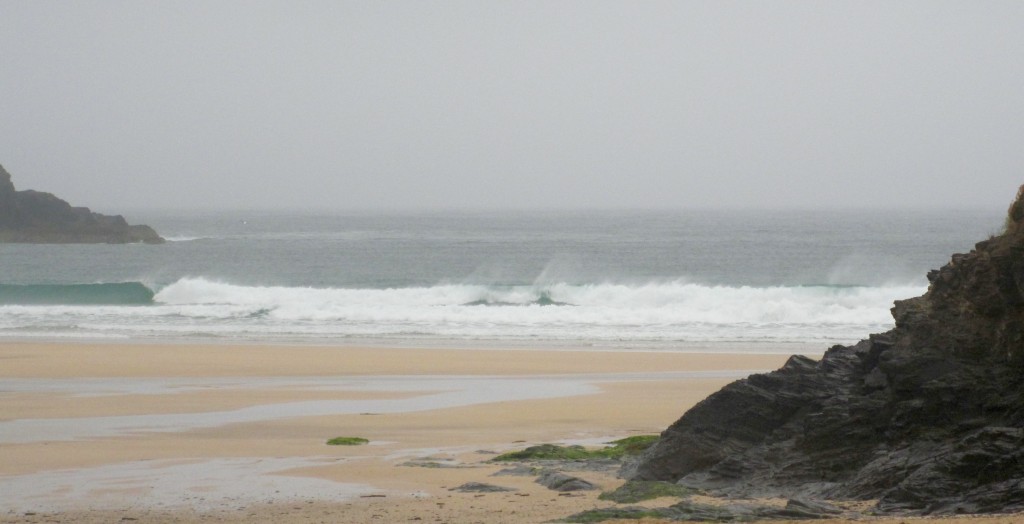 The surf is likely to be a little smaller today but otherwise it’s all pretty much the same thing again; a breezy, damp and hollow day of three foolish surf at Harlyn in the murk and missile of a mid July day.
Enjoy!

We can look forward to a gloomy, murky, wet and windy start to this middle week of July, a wintery week of three footish Harlyn surf to keep us occupied well into the week.
At least it should be offshore and hollow over there, which is always nice and the air temperatures should stay warm but it is likely to be a bit wet around the edges and windy too.
It’s likely to be the end of the week before things brighten but in the meantime let’s grab some of those hollow Harlyn close-outs!
Have a great week, wherever you are and whatever you’re doing!