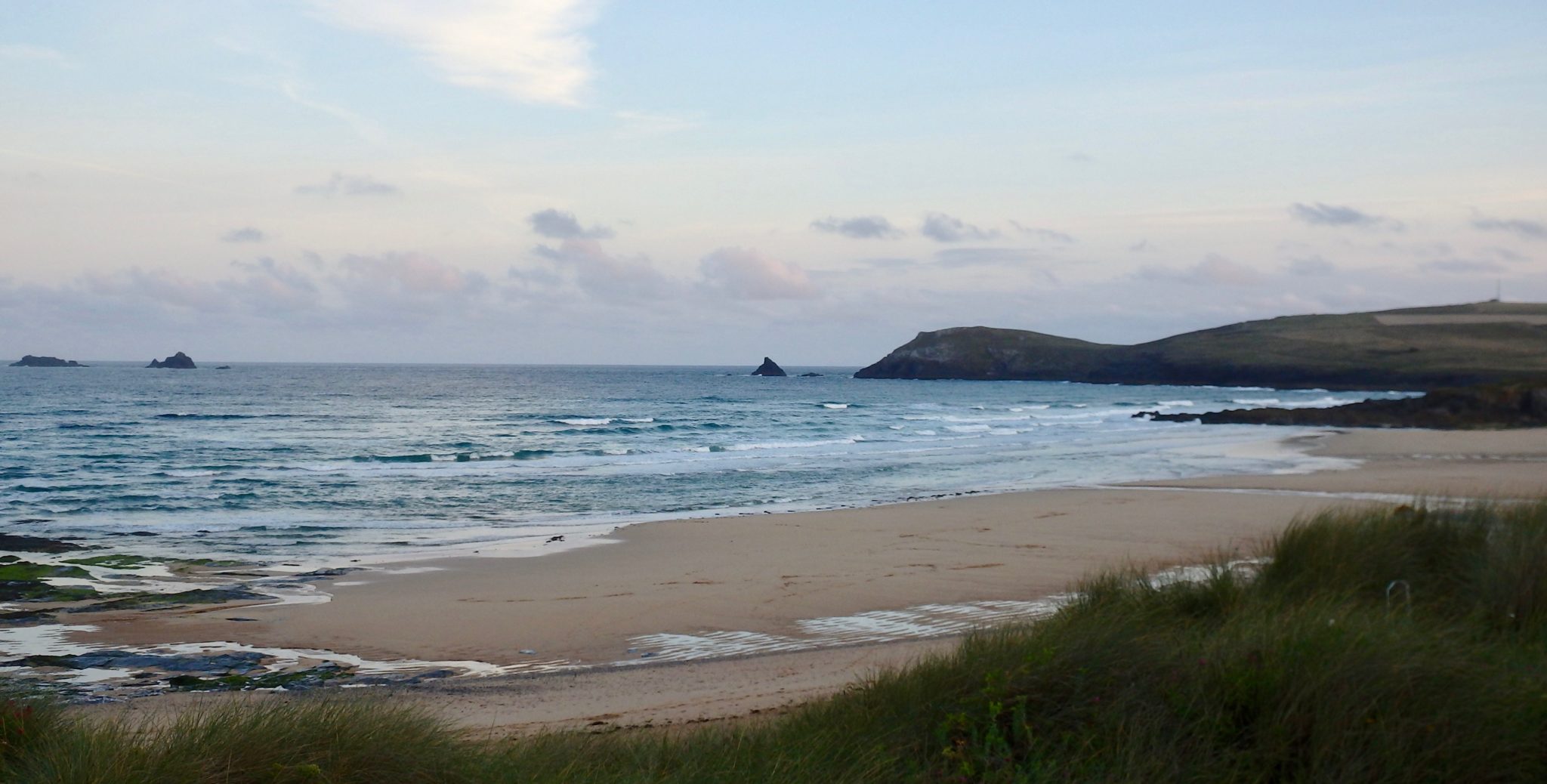 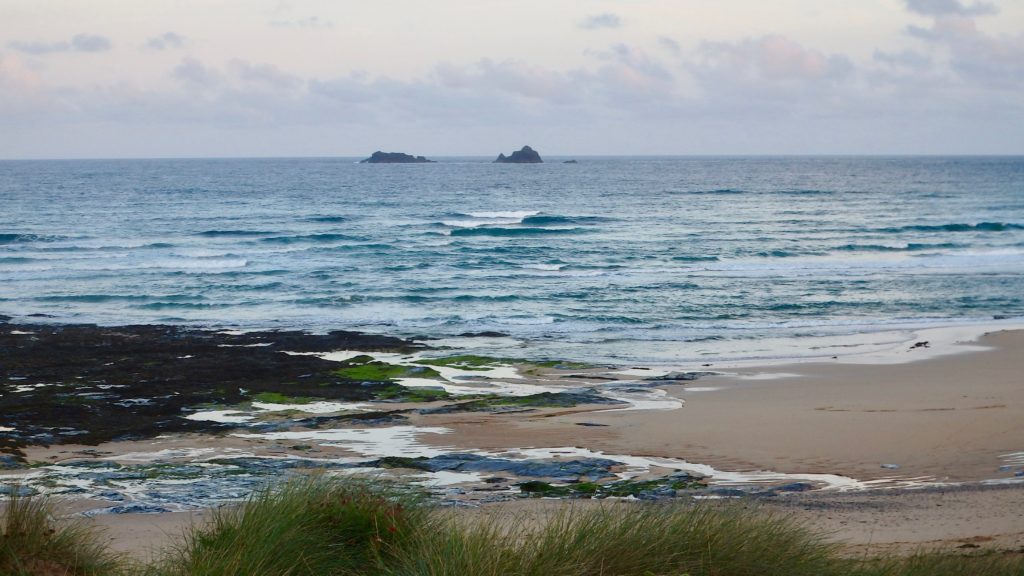 The sky is a light patchwork of wandering clouds surfing those south westerly breezes into the bay this morning. The wind has calmed and the sun is brightening while the surf is straining and struggling its way to the sand.
The deep blue sea is all cracked and chopped while those clear wave faces are better than that, trying hard to break with some purpose.
So it is a very pleasant Sunday morning down on the beach, the birdsong is light, the waves are trying and the sky is bright enough.
Hopefully it will all warm up a little soon enough too! 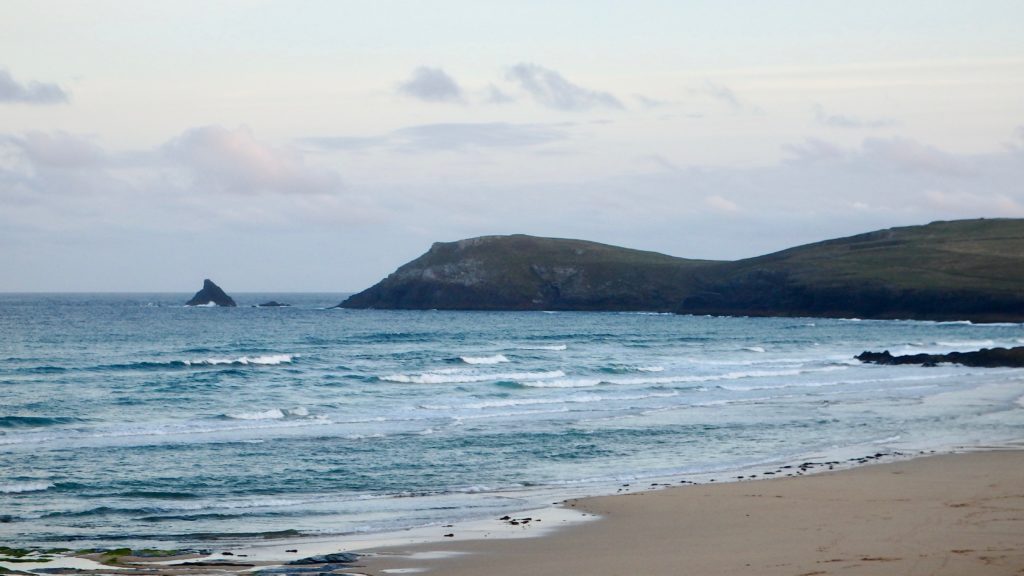 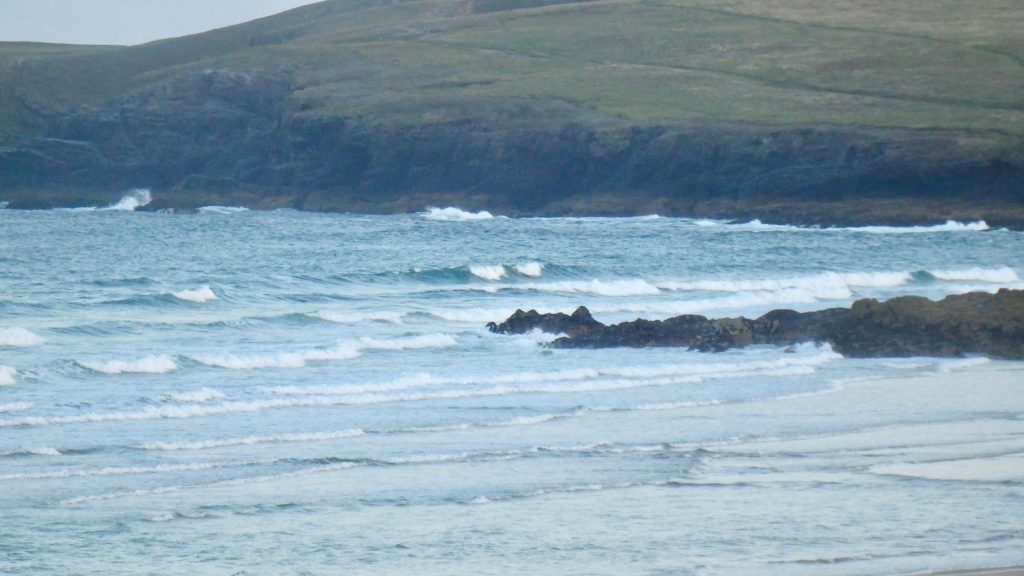 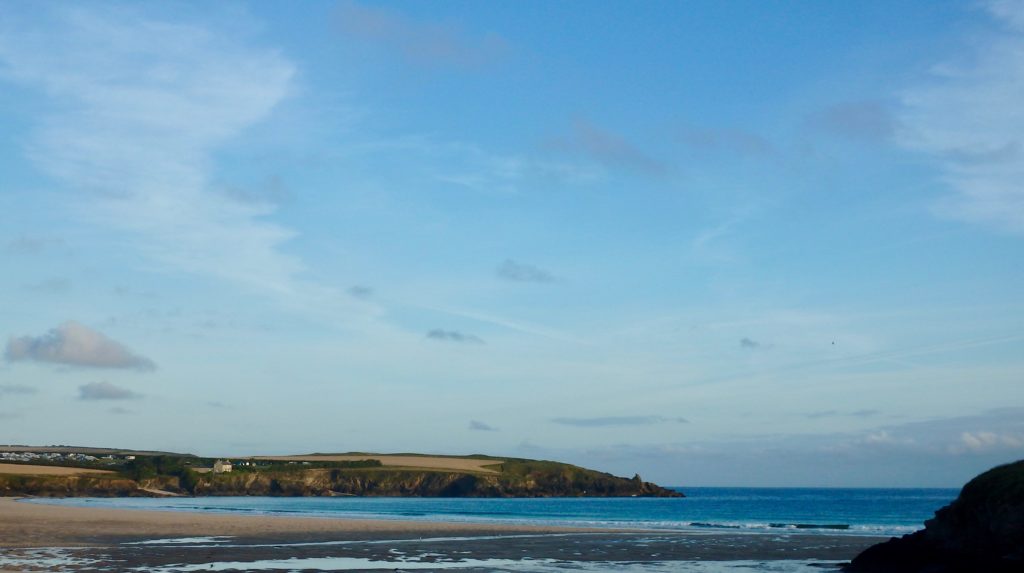 The waves are tiny here this morning with barely a foot of crumbly glass waves shuffling onto that hard sand.
Even the little set waves are real small while closing out too.
No, although the south westerly breeze is keeping the sea smooth here today, there aren’t enough waves to make it worth while.
It could be fun to paddle here this morning though! 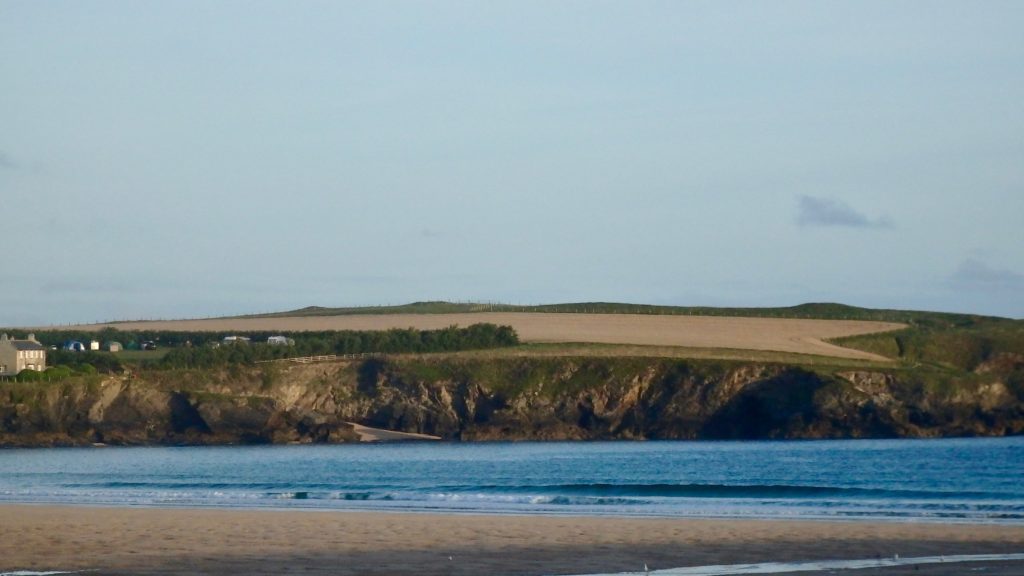 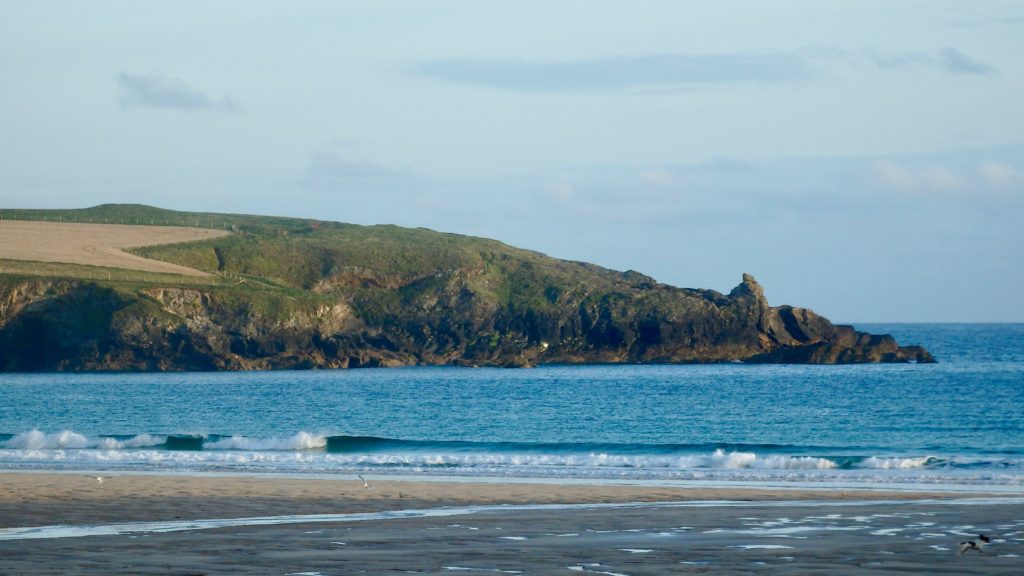 A foot or two of fairly close-fetch and weak surf is going to be held up taller and made to look a little better by light southerly veering south easterly breezes.
We might just luck into a few hours of fun-in-the-sun surf today, in between those heavy showers with a little wave gliding opportunity or two to be enjoyed!