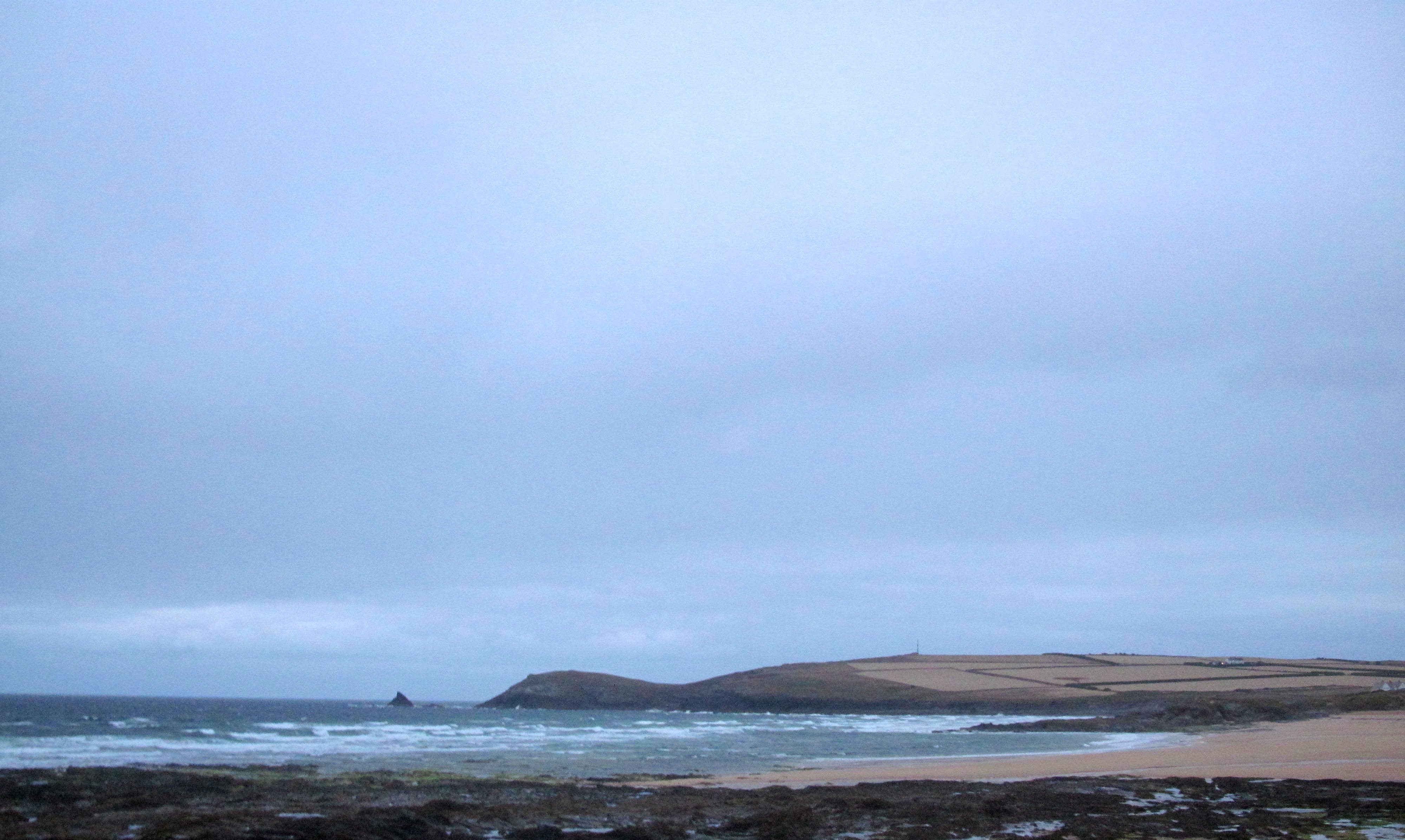 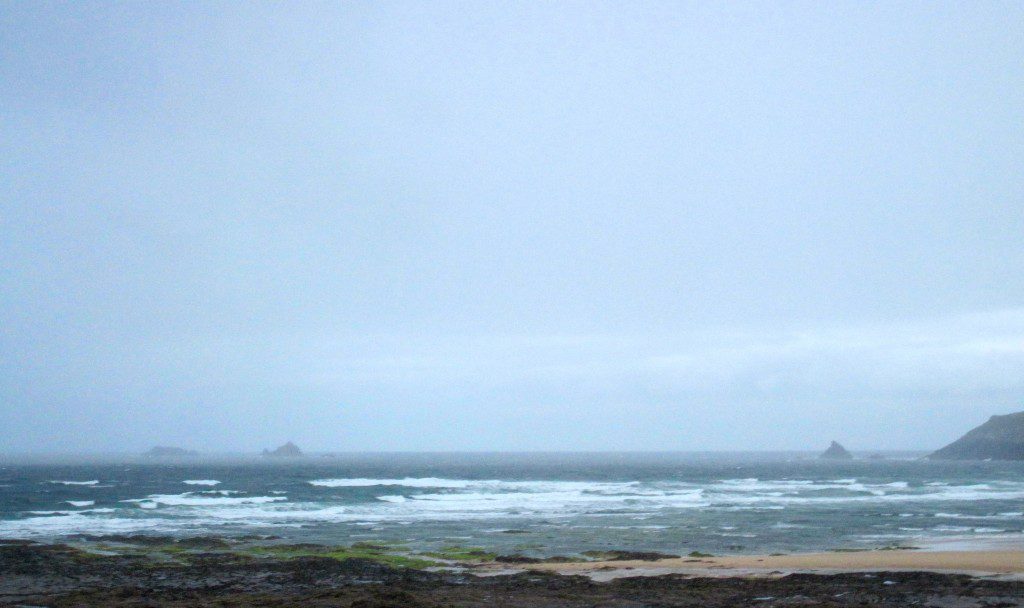 Eek, it’s a shocker this morning!
There’s a west north westerly wind beating hard onshore and pushing heavy squalls through the dark and threatening sky.
The surf is a very junky three  to four feet of mixed up, messy and uninviting waves, bouncing all over the beach with no rhythm to it at all.
And it looks like it’s going to be midday at least, maybe much later, before there’s much change to the weather. It will eventually brighten up, even if the wind stays annoyingly onshore and blustery but maybe not until much later!
No, if you have the opportunity, I’d roll over and snuggle up to a loved one this morning, there’s not much to distract you out here! 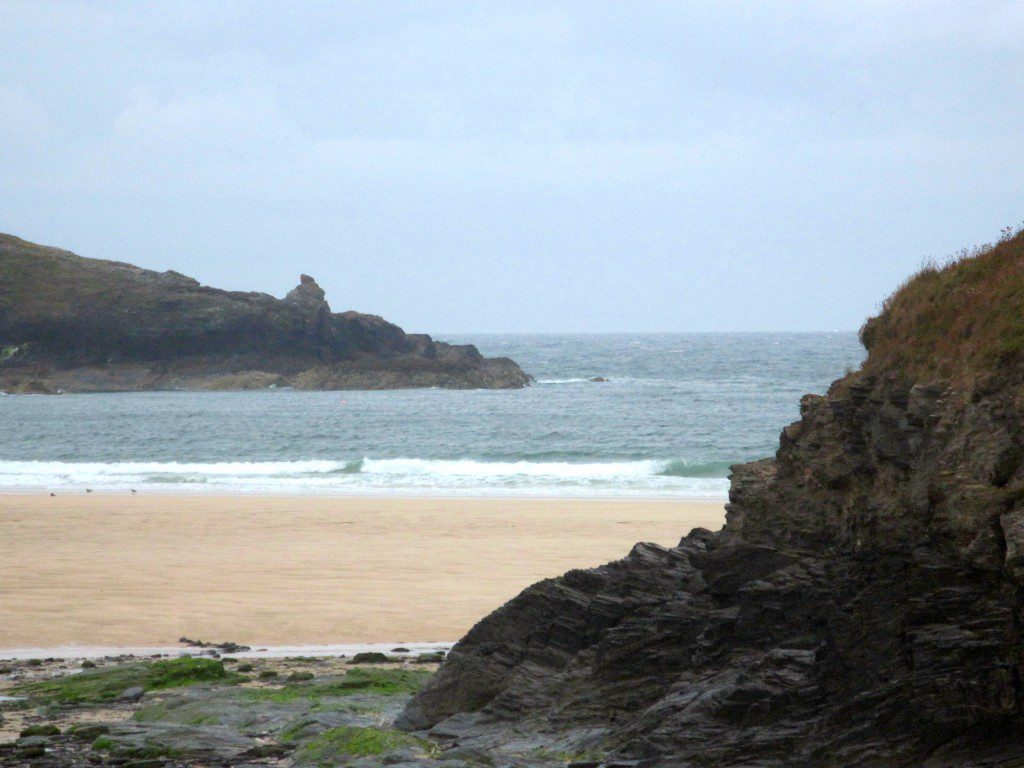 It is a little calmer around here than the other side this morning, even in this driving rain squall!
The wind must be a little more westerly than it has been because it’s not quite so choppy either but the forecasts are all showing a more northerly swing to the wind as the day goes on.
In the meantime though you might get a little foot or two of okay surf, especially as the tide pushes in.
But it ain’t that great!

The overcast conditions should give way to something brighter soon enough but the wind is going to stay onshore, that chilling north westerly driving into our bays and making a mess of what surf there is.  And the surf isn’t going to be all that!  Three feet or so of mixed up, choppy and sloppy stuff is as much as we can expect again today!

Another week of onshore and chilling north westerly winds is waiting for us, a little taste of Autumn following all those weeks of wonderfulness.
But it should end up being a bright enough week, the wind strength gradually easing as well, while the eventually sun breaks through to warm up those sheltered spots.
The surf isn’t looking that great either.
We can expect not much more than three feet or so of close-fetch and windblown, choppy stuff as we go into the new week and it looks like that might be the way of it all the way through!
With a Bank Holiday weekend looming, all eyes are going to be on that weekend forecast. let’s hope that most of the not so good stuff has blown through by then!
In the meantime though, the best that we can hope for is a week of mixed up and choppy surf as the skies gradually brighten, those chilly winds slowly easing.
Have a great week, wherever you are and whatever you’re doing!