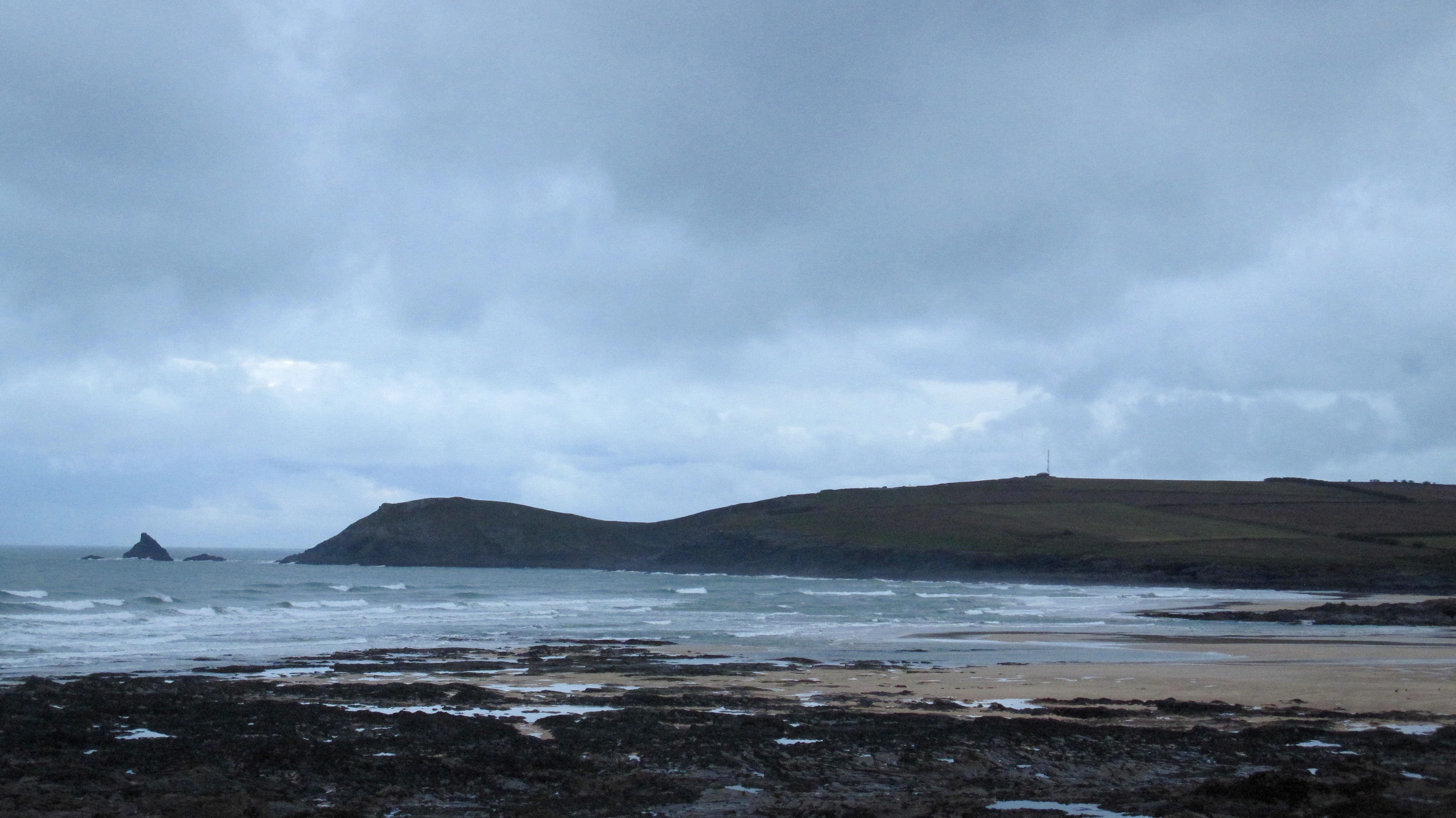 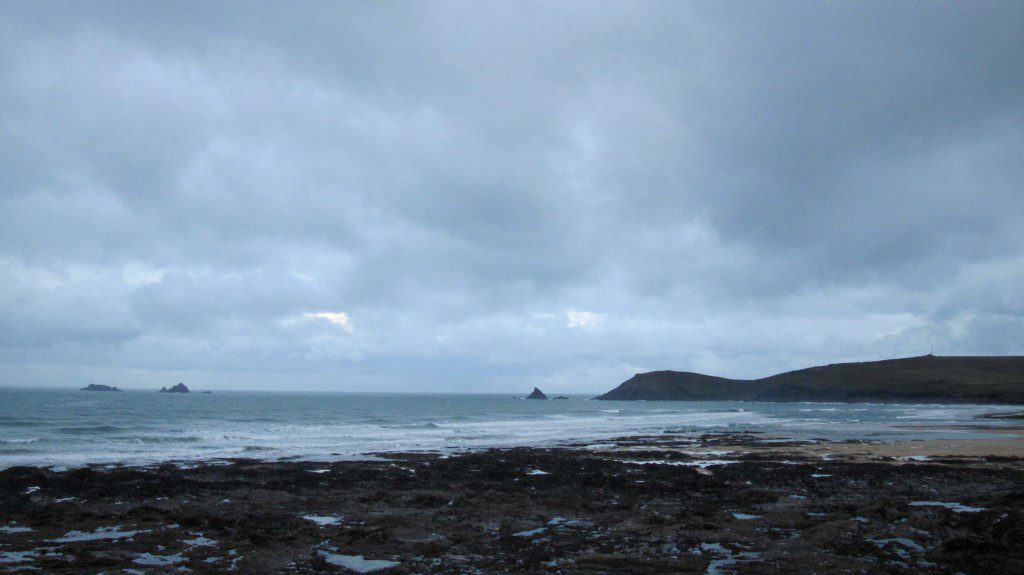 At last, that wind has disappeared!
A calm and peaceful, quite tranquil morning is unfolding, silver blankets of dark but fluffy clouds slowly drifting by, heavy showers falling vertically rather than driving at you, the sound of the surf hearable.
But that surf has dropped in size, there’s only two to three feet or so of confused and close together, glassy-faced little waves breaking, the air just giving it that back spray as they break. So it’s not that good really but there are waves and it is calmer than it has been for weeks and the forecast is showing a good chance that the wind could breeze offshore by lunchtime too!
We could just see some sunshine bursting through this afternoon as well. 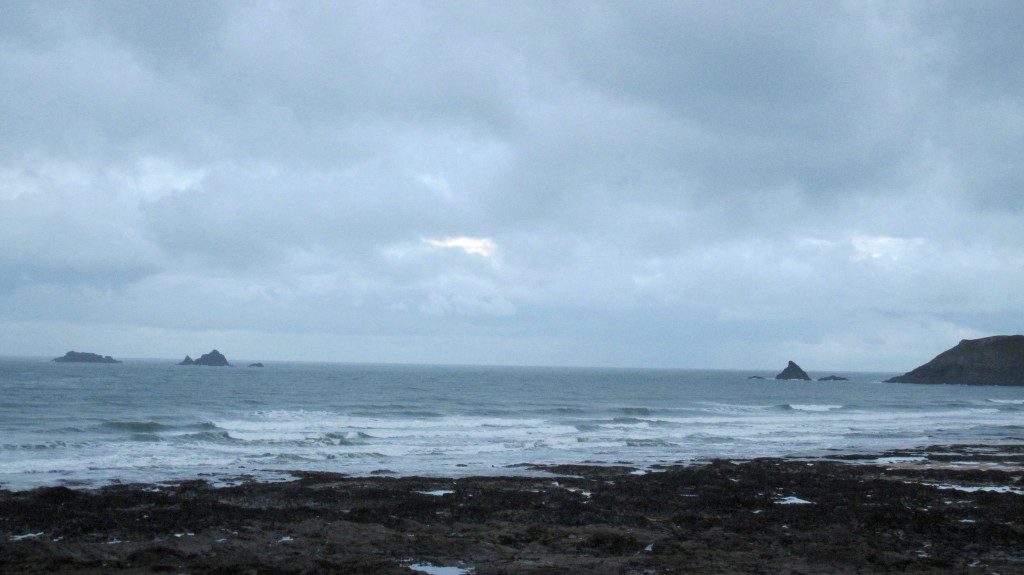 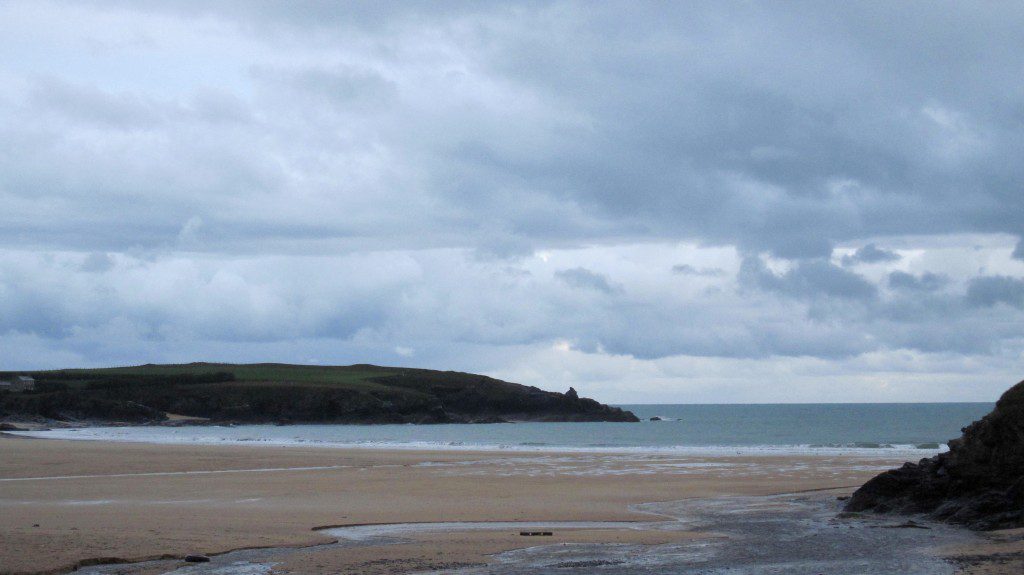 The surf is tiny around here this morning with barely a foot or so of still mushy little waves tripping over each other.
The wind is likely to be offshore (maybe) on the other side off the headland later but it will still be onshore here, so I guess that it is very much a day for the more exposed surf breaks today! 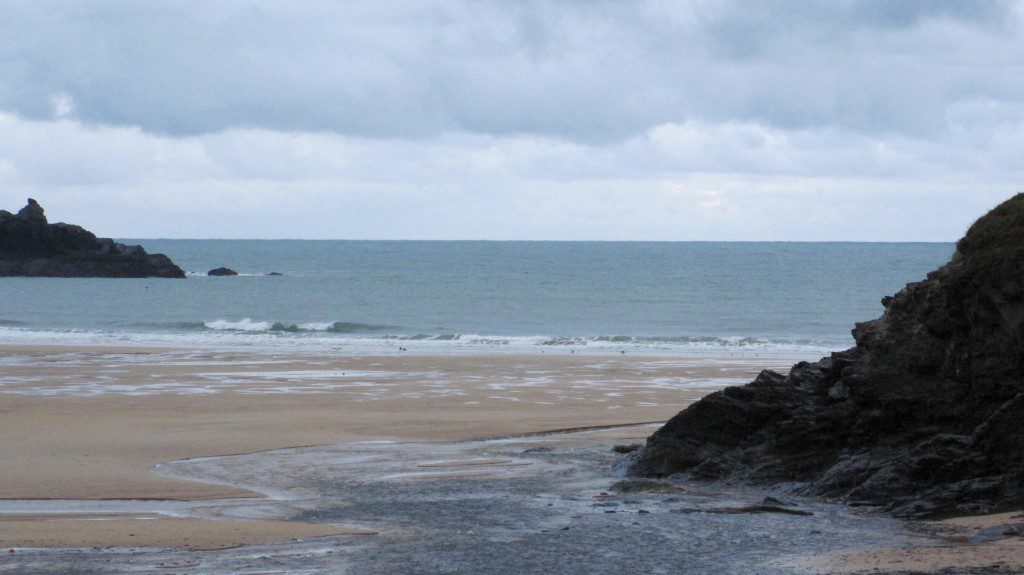 Light breezes are forecast for today, offshore in the morning, swinging south westerly through the afternoon. The swell is looking like more short period stuff, a small one to two feet of close together little surf.
So it looks like a day of two halves, a bright and cheerful morning with clean but small, offshore groomed surf becoming more overcast and damper as the day goes on with those south westerlies kicking in through early afternoon.

After a calm and bright early start to the week, those skies will quickly cover over again, that small surf slowly building again as the wind rebuilds its strength.
But the wind is looking set to swing north westerly as we go into the week, probably by Tuesday and stay there throughout.
And so, as the swells from those marauding low pressure systems out in the atlantic march our way, that winds i going to make a choppy mess of them as they arrive into our coves and bays.
It is looking like a south coast week ahead of us but only if there’s enough swell to get around and into those coves and bays over there.
Here is going to be a chilly and onshore chopped place, full of wind and rain. But great for getting out and mixing it up too!
Have a great week, wherever you are and whatever you’re doing!