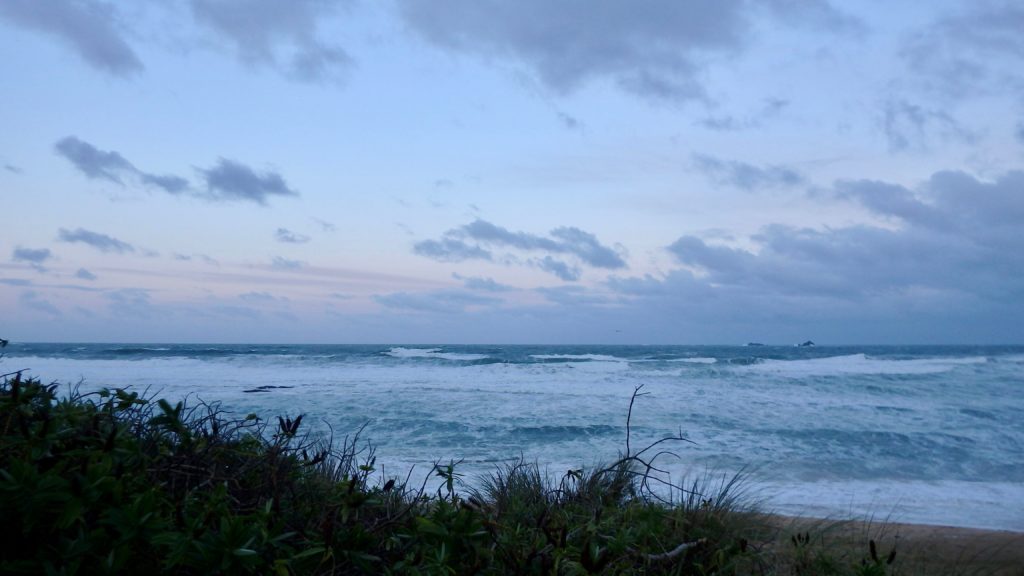 The wind is still screeching, squalls are still drenching, dark clouds are still sprinting and the storm continues.
That wind has eased but not by as much as we would hope while it has also backed to the north west, a much chillier direction.
And so the surf is pretty much junked out everywhere this morning. Autumn is taking us by the scruff of the neck this week and is just showing us that winter is on its way!
In the meantime some six to eight feet of broken and storm battered surf is pushing and stumbling its way into the bay, those drunken brutes of waves looking to cause some damage.
The only option for something cleaner to surf on is the far coast, which should be wort the trip maybe?
The weather is drying and brightening here though, even if the surf is going to stay junky all day. 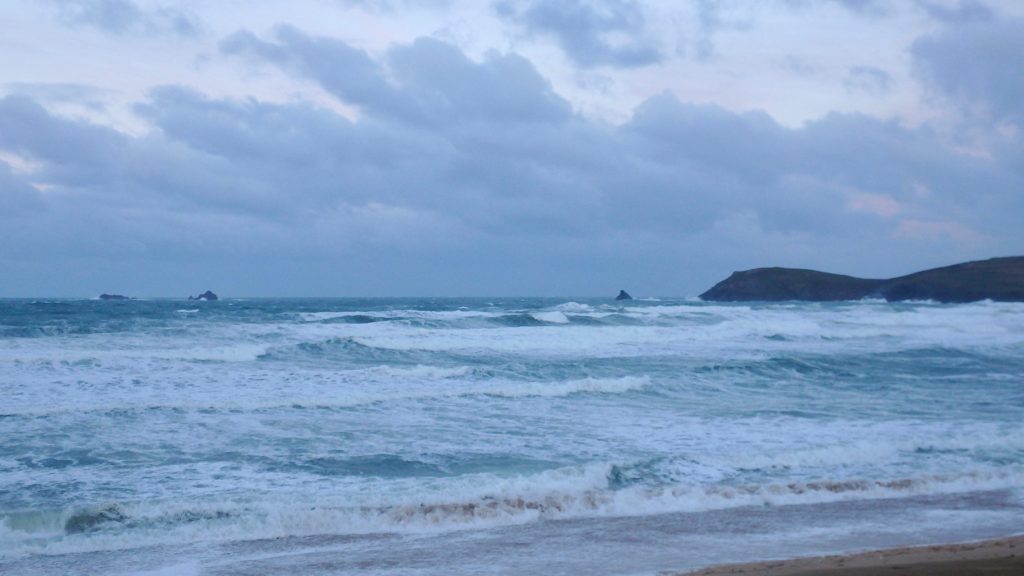 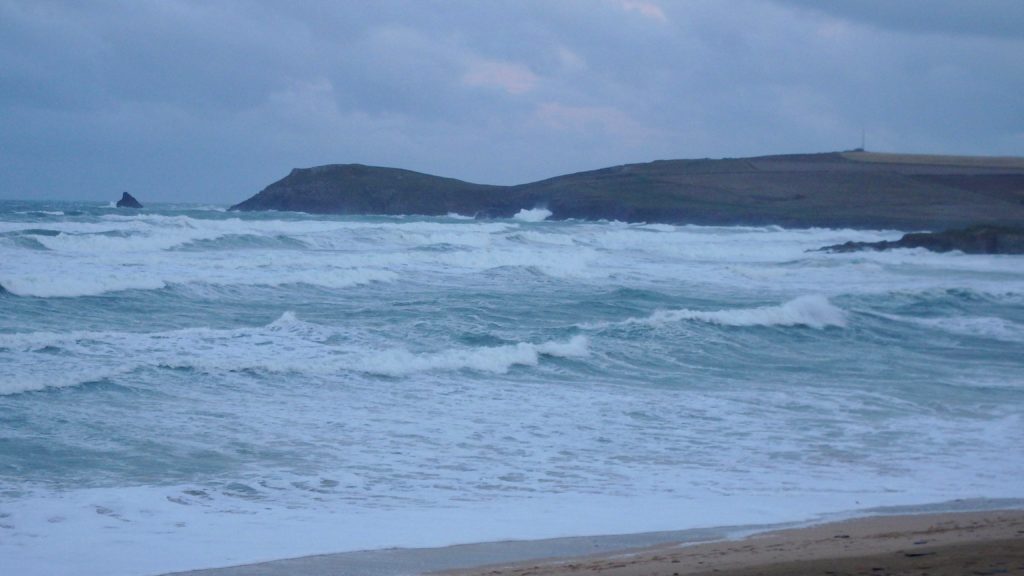 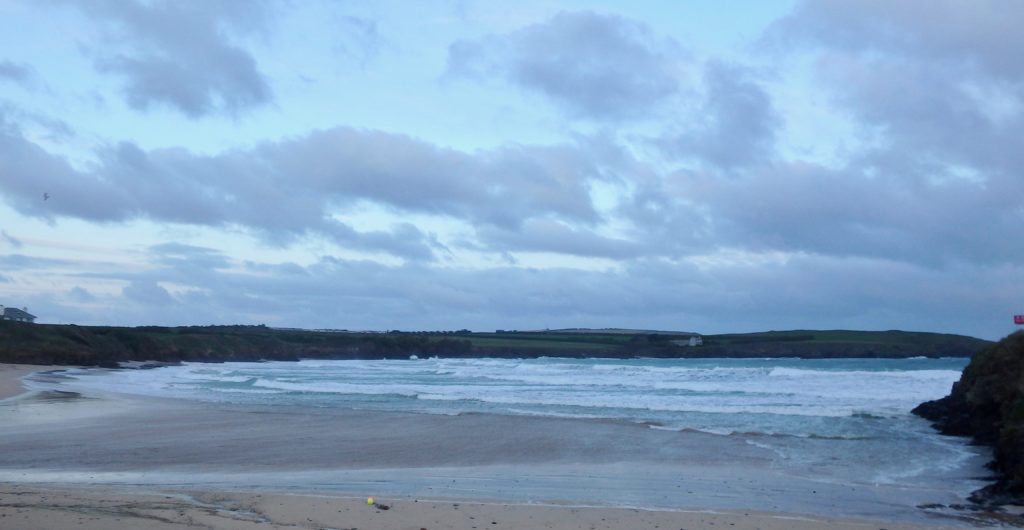 Three to four feet of wind beaten and chopped, grey and still angry looking surf is hesitating its way onto the high tide banks this morning, the north westerly wind blowing the tops off those waves as they tumble too soon.
It’s onshore, junky and chilly.
But the sky is brightening gradually! 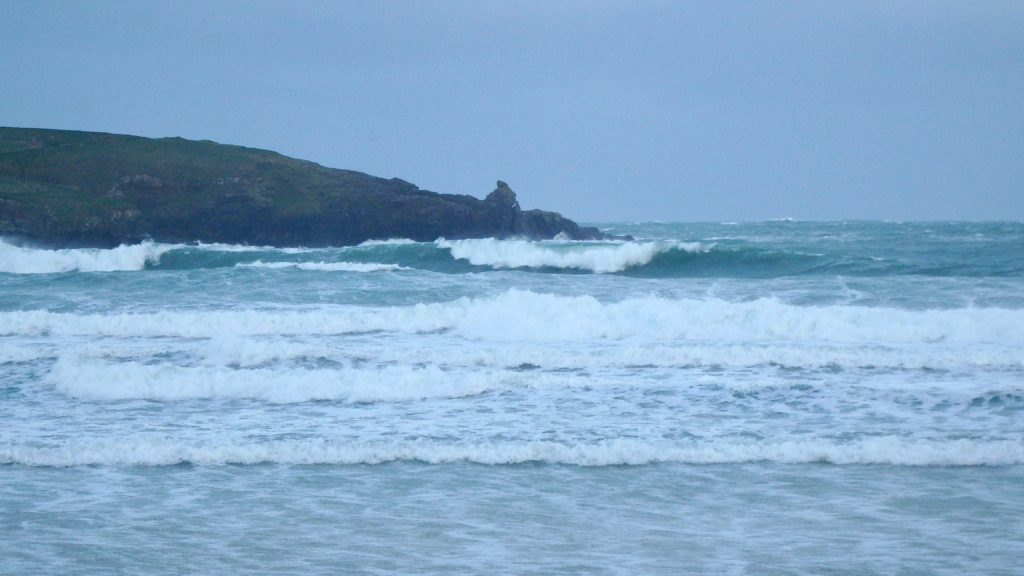 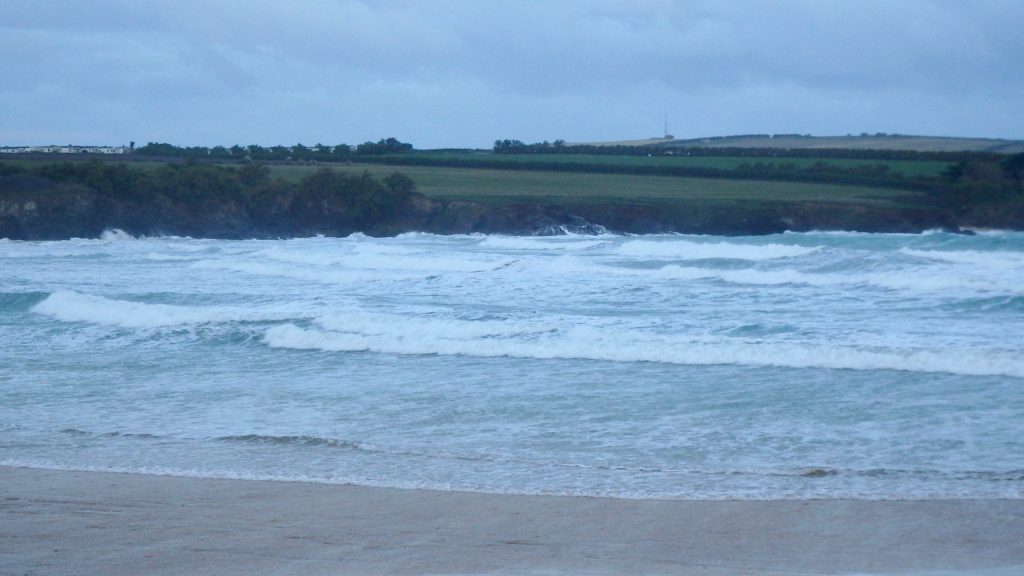 South westerly winds are going to replace those annoying (and cold) north westerlies, pushing smaller but more solid waves our way.
Harlyn is going to be the place locally, three feet of offshore hollowed and hard breaking fun surf should be entertaining us today!