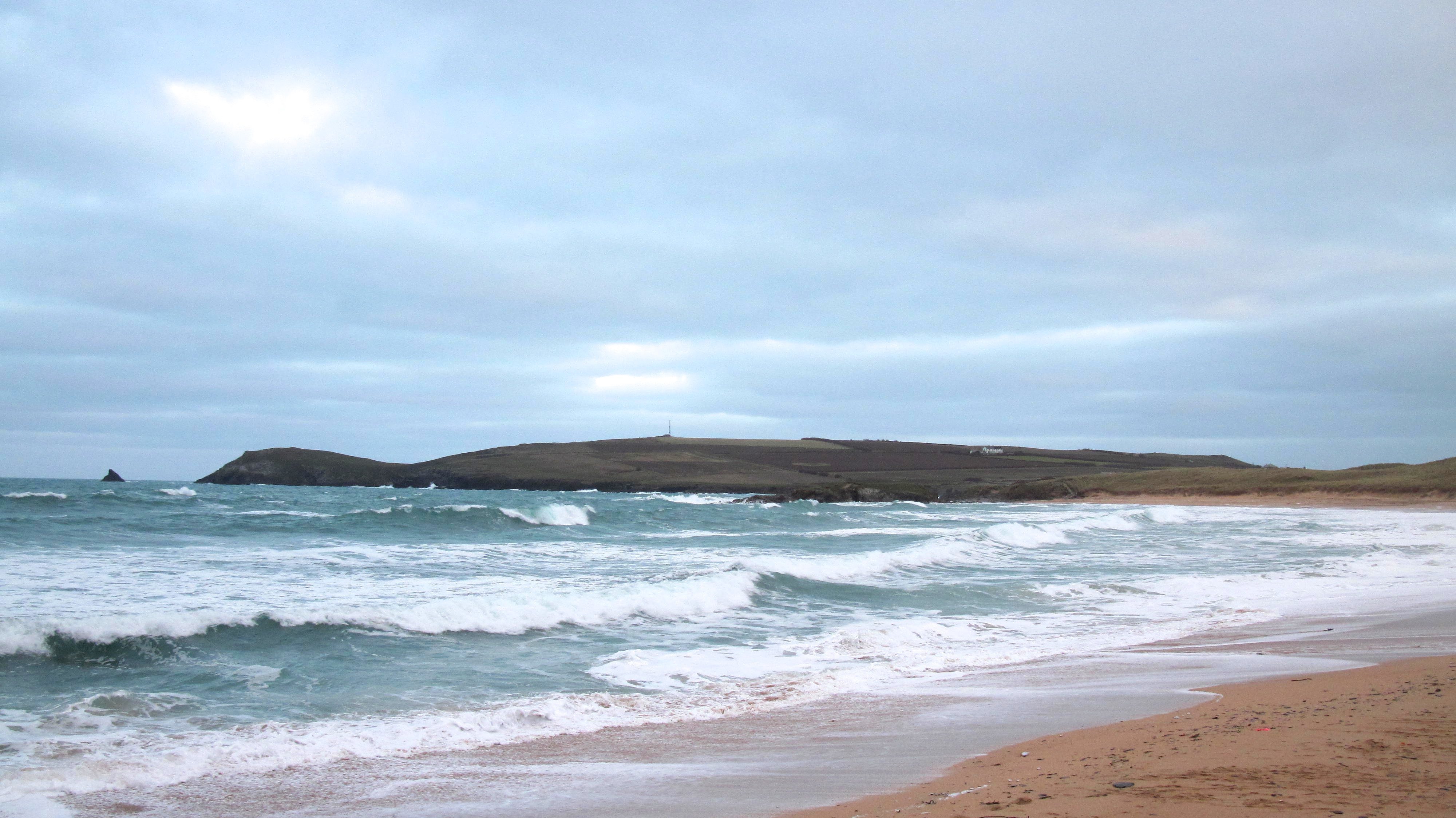 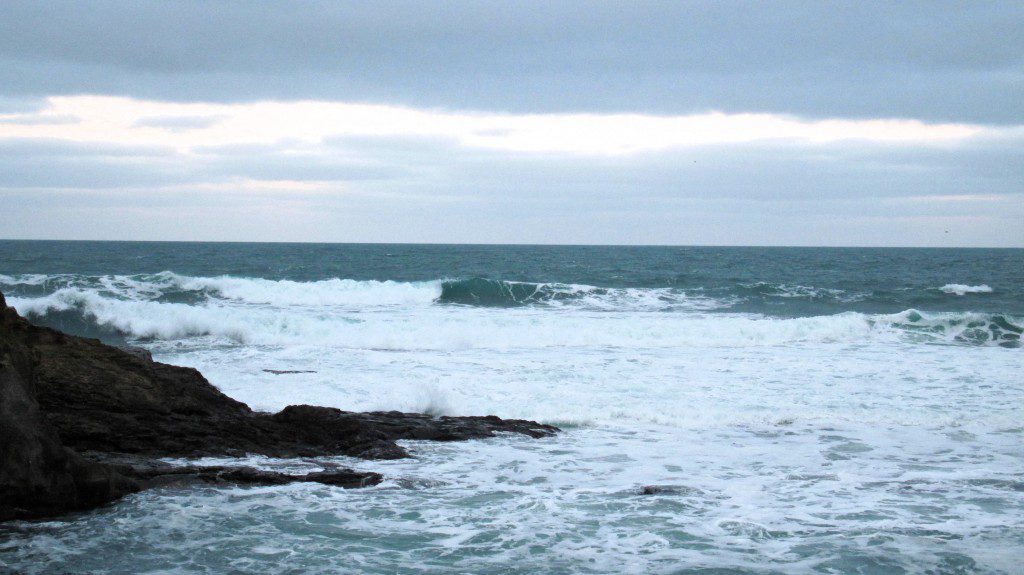 A steady south westerly wind is lightly blowing ashore this morning, just putting a mild slop onto that three foot swell.
It feels a lot milder with this wind direction but it is still a bit chilly, bright enough and cheery enough but with those clouds still loitering over there.
So, the tide isn’t far off high and the surf is three feet and a little raggedy with not much chance of improving through the day. The young ‘uns are going to love the launch ramps that are bouncing up but the flow riders are going to find it all a bit bouncy out there.
Let’s have a little look over Harlyn.
In the meantime have a great Burns’ Night, ‘Lang may yer lum reek!’. 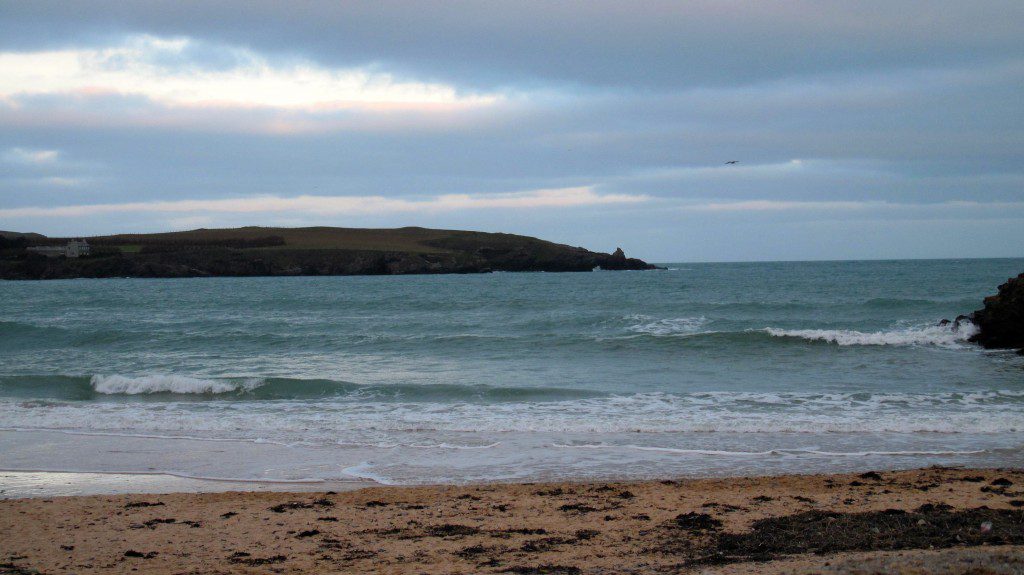 There’s a couple of feet of lumpy surf occasionally washing in right now, the seven and a half metre tide still an hour or so off high. With the wind lightly blowing offshore you have to think that it is all going to improve as the tide drops out, although there will be that reducing effect of the tide as well. Even so, we would have afoot or two of quite clean little waves to play in as the day rolls on.
Yep, it is shaping up to be one of those small but okay winter Sundays at the ‘lyn.

And the wind is probably going to have shifted around to the north again today, the swell a little bigger but choppier and sloppier too.
We can expect four to five feet of onshore surf at all of our main breaks throughout the day, the burning question being; ’Is the south coast big enough?’.

Theres’ another big old storm galloping our way for the back half of this week with storm force winds and mountainous seas being predicted from Wednesday or Thursday.
Before that it looks as though we are in for a few days of strengthening onshore winds, those brisk and chilly north westerly winds gradually increasing in strength as we go through the week.
So, Monday looks likely to be in the four foot range, onshore and mushy everywhere on this coast with Tuesday getting just a little bigger and maybe seeing an afternoon twitch in the wind to the south west making Harlyn a possibility just for the last couple of hours of the day.
And then the surf should increase in size throughout Wednesday, growing in size as the wind strength increases until we get that next big blow through on Thursday. Batten those hatches down again, it is still a little way until Spring!
Have a great week, wherever you are and whatever you’re doing!