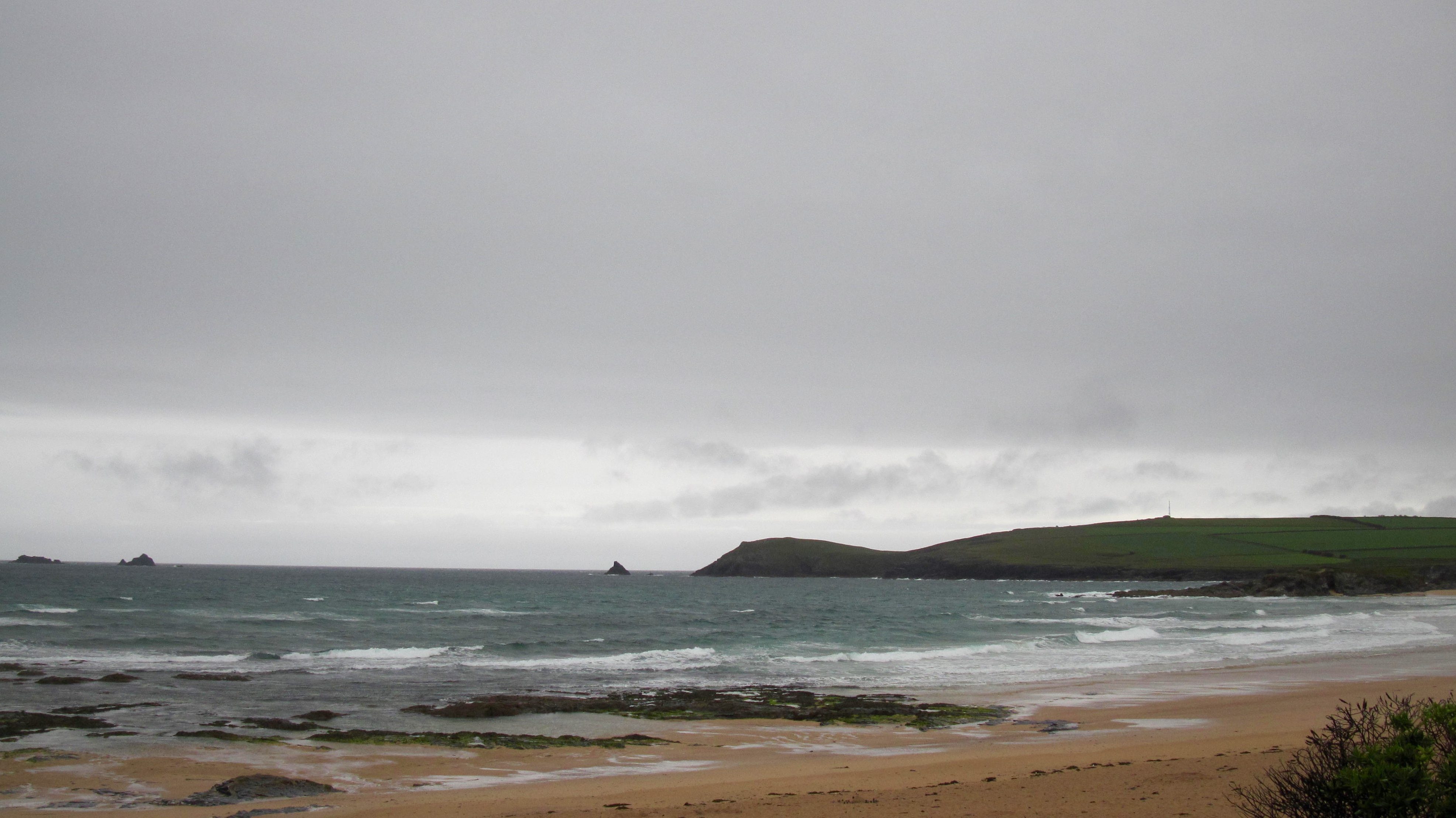 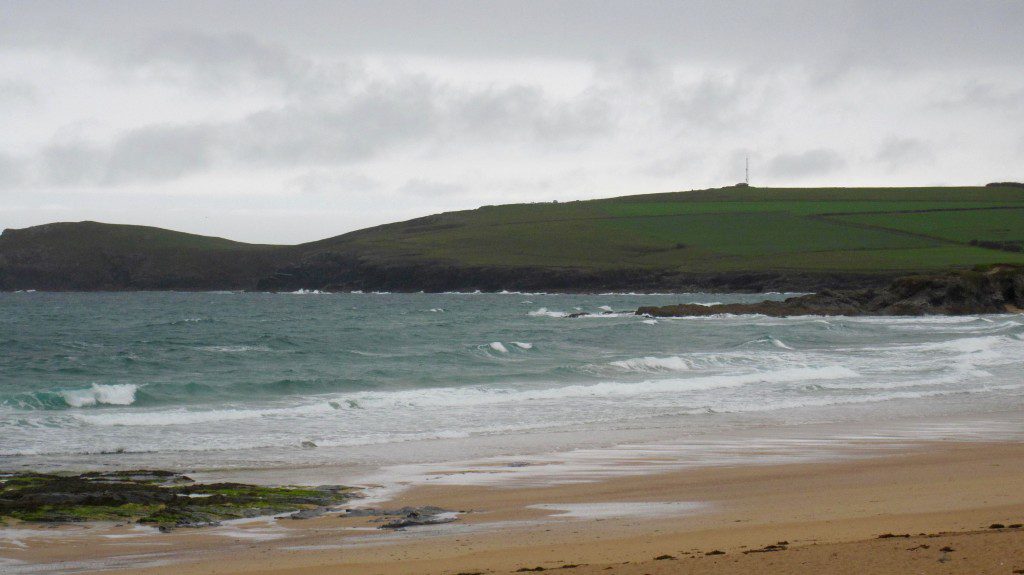 A fairly hideous morning is making itself felt this morning with stinging rain being driven by a fresh north westerly wind under dark and dank clouds.
The surf is a messed up slop of one to two foot waves, toppled too early by the gusting wind, deep blue and green wave faces meeting the brilliant white of windblown foam.
Strangely enough though it is still a very cosy place to be early this morning, the wind gusting, the rain driving in, those grey clouds scudding across higher grey clouds in a sky of greyness.
But the surf is junk and it’s going to be early afternoon before things brighten up! 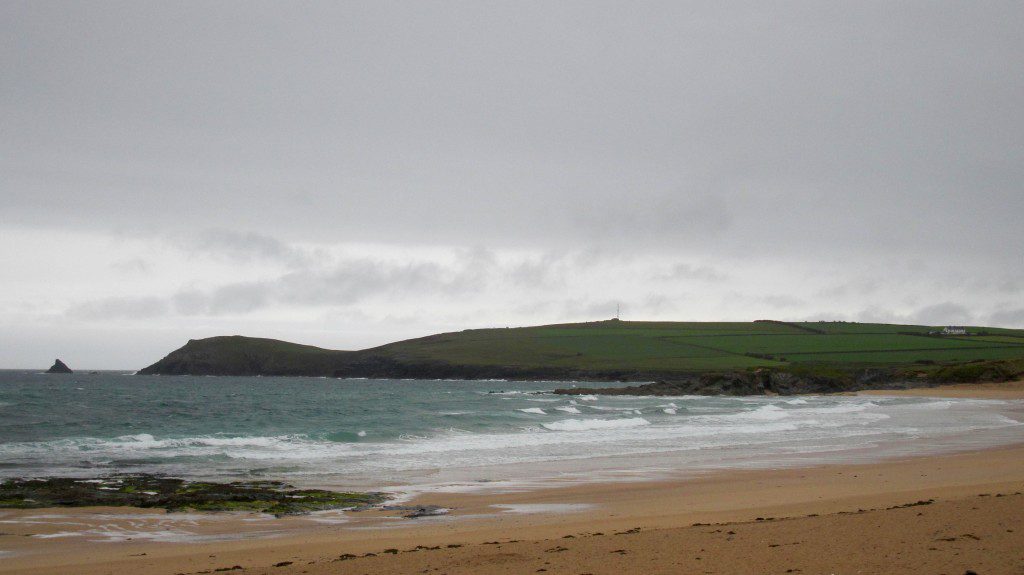 The surf is pretty much flat around here this morning, a few ripples sliding round the headland while the gusting wind rocks the parked up yacht of a summer visitor. It might be a little early for visiting this summer as the rain drives across the bay on that biting north westerly wind.
It should be a brighter and lighter place by mid afternoon and the surf should build through this afternoon as well but it is still going to be choppy! 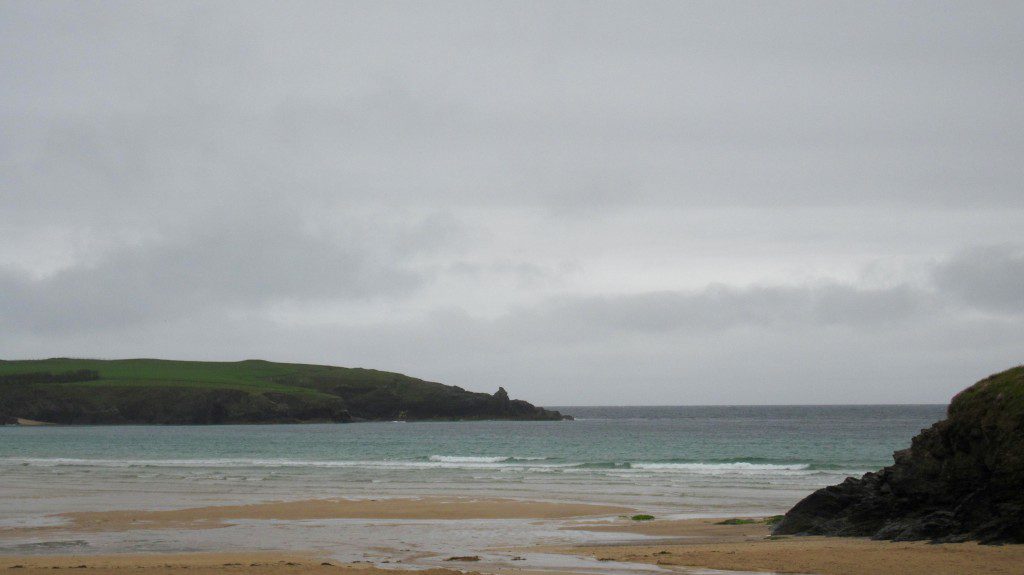 Gusting and blowing south westerly winds should have pushed through some swell by today, probably a lumpy and bumpy three going four turning five foot swell, rolling and bouncing into the bays.
Harlyn is going to be the place, three feet and building in strong offshore winds.
Snappy, cracky, dumpy Harlyn in some afternoon sunshine should test our reflexes today!

Stormy and windswept conditions are going to start this week, those gusting onshores veering north westerly, then south westerly and then back to north.
So we should see moments of bigger surf bumping into the bays at the start of the week, all windswept and angry, rain lashed and grey to start but brightening and lightening quite quickly.
And that’s going to be the way of it right through until midweek when brighter conditions and an easing wind start to signal something better on the horizon.
It should be a different world by the end of the week!
But first we will be noying a bumpy few days of wind driven and choppy surf all along this raggedy little coast of ours!
Have a great week, wherever you are and whatever you’re doing!