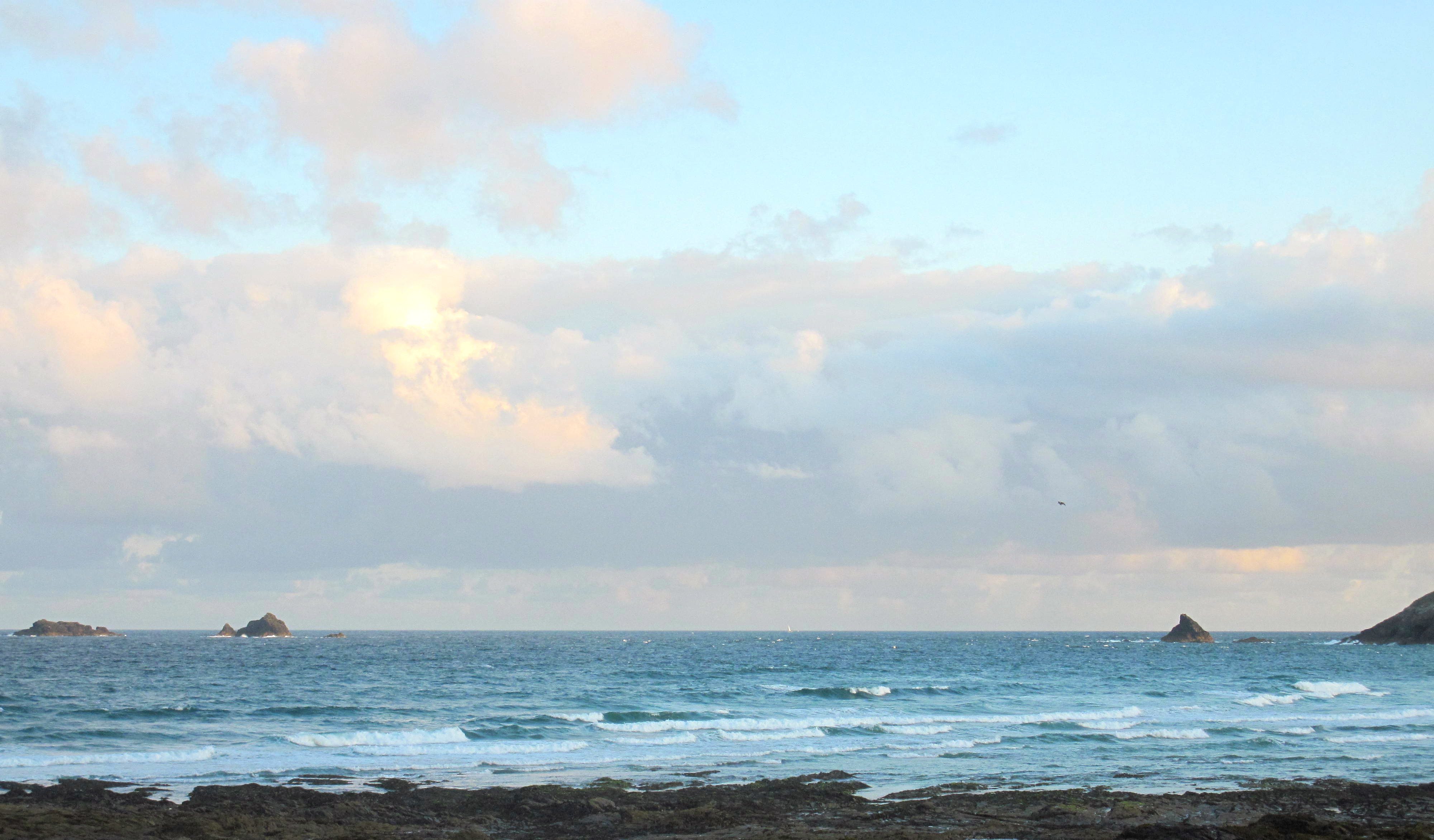 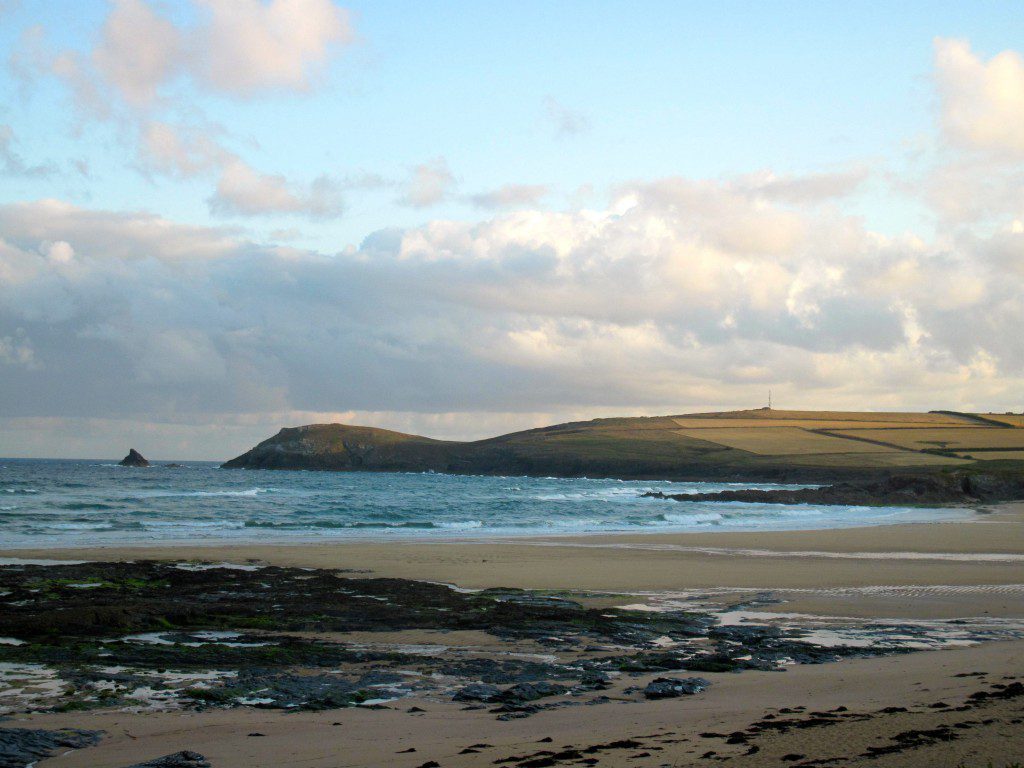 That was a pleasant early morning airport drop off, re-discovering the joys of motoring along the country lanes with no other traffic, a rare thing in August!
Back down in the bay, there are the normal high summer assortment of random vehicles in the car park, yet strangely no one on the beach. Which is not surprising with only a couple of feet of junk surf washing in a couple of hours after low water.
It should all improve with the tide but right now that light but steady west sou’wester is blowing in bigger waves than we’ve seen for a few days but that messy kind of stuff. The sky is bright enough, a promise of better to come maybe but with the threat of the odd shower or two in there as well.
Give it a couple of hours, enjoy a lazy breakfast or snuggle up to a loved one for a little longer, you’re not missing anything in the surf.
But it should improve later this morning. 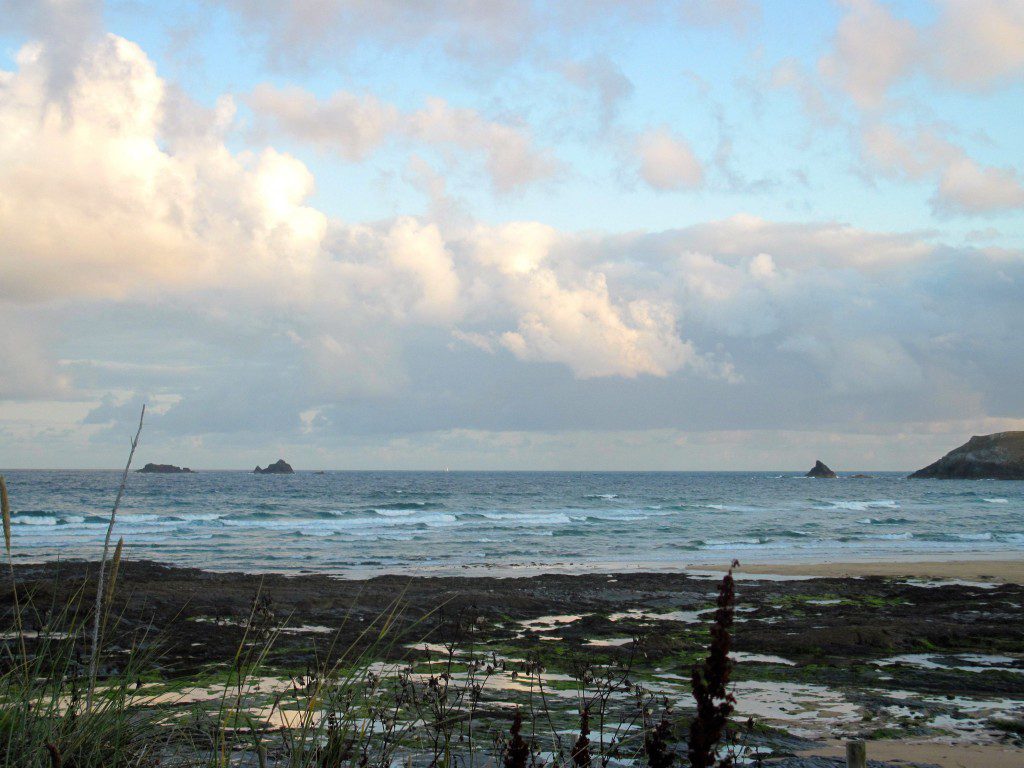 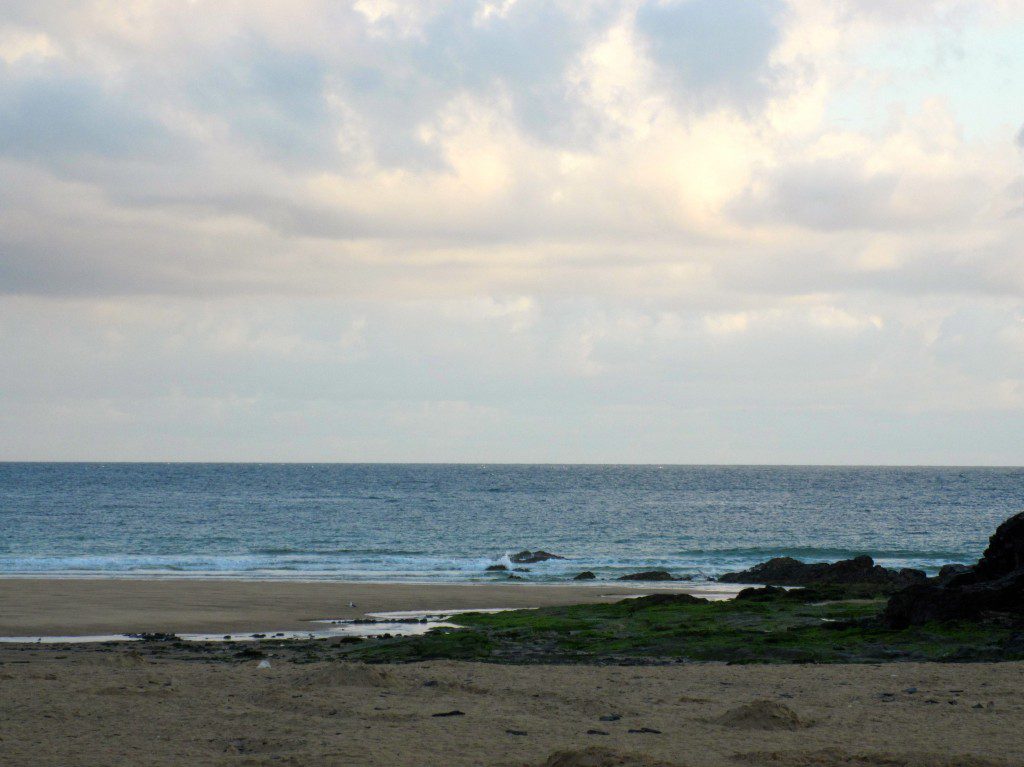 There is a little wave trying to sneak through down there, the tide lower looking than you’d expect a couple of hours after low. The wind is almost offshore and so there is a bit of shape to those tiny winders but it is all very small.
Give it an hour or two and there might just be a snappy little longboard session to be had. But then again the other side should have improved by then as well and it will be bigger over there!

Lighter winds are always welcome but at the moment it is only the wind that is providing any surf. So, as that wind weakens so too will the surf.
We’ll be lucky to see any more than a foot or so of still mixed up and bumpy surf again.
The weather should be fine though!

There’s no sign of much change on the horizon yet with only more small, summer surf to ridden.
It’s looking like another week of timing the tide and keeping an eye on any little sandbanks that might trip up those little waves and make them more rideable.
In theory it shouldn’t go absolutely flat but we will be lucky to see much more than a foot or two of surf and that at just the right stage of tide, sandbanks permitting. And the wind is looking to stay relatively light, mainly onshore at our main surf breaks but light enough to make it tempting.
The weather should continue to be okay, not that stunning stuff of a week or two ago but fine enough to enjoy some beach life.
Have a great week, wherever you are and whatever you’re doing!