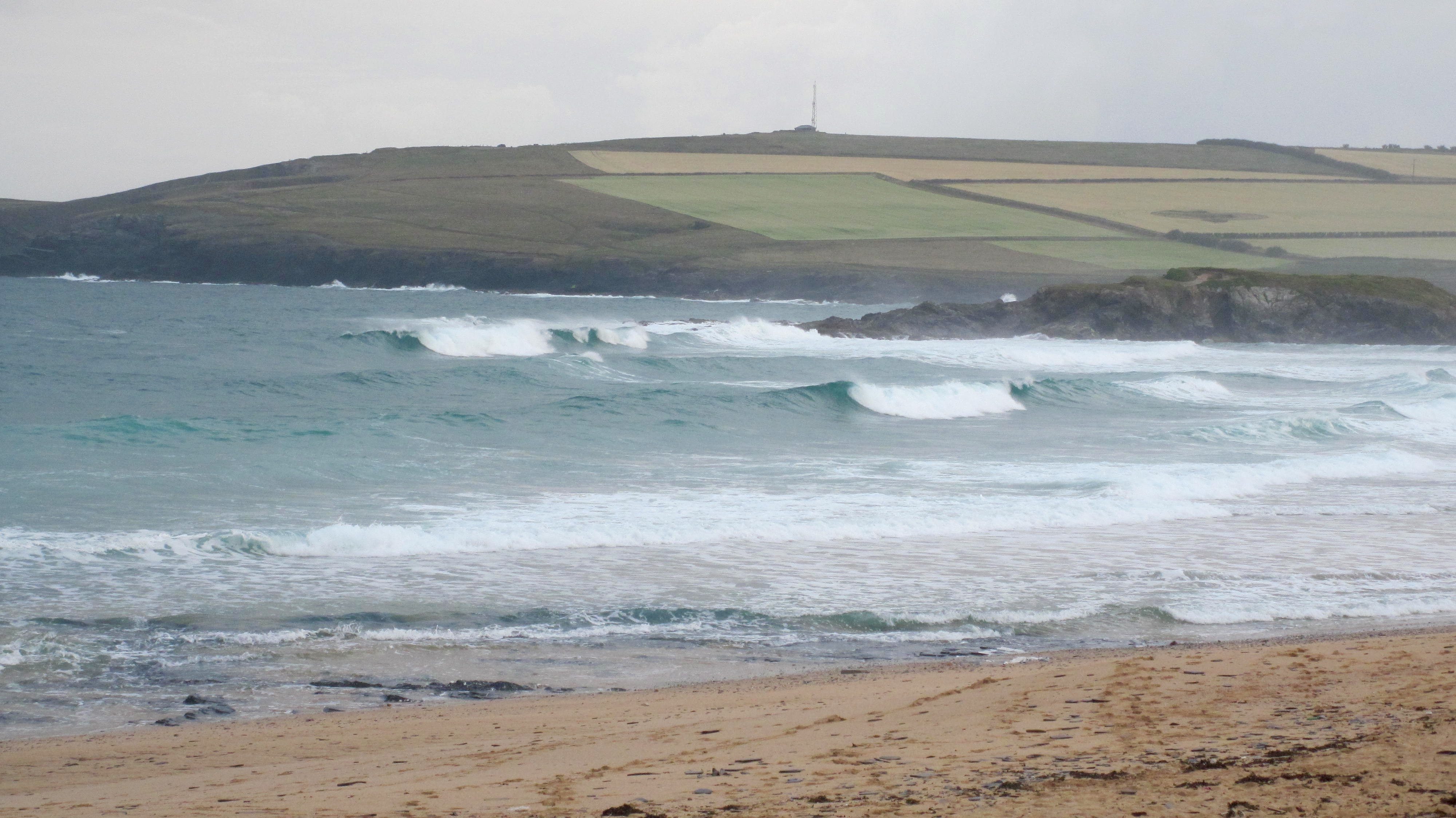 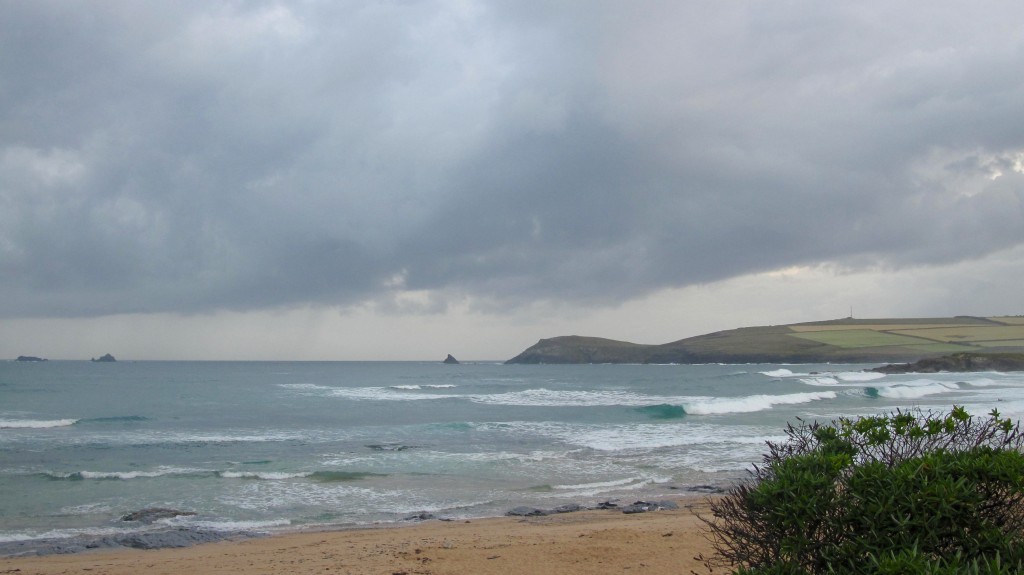 A decent three foot plus of surf is breaking through the bay this morning, the wind staying light so far and drifting across from the south, almost south easterly, almost offshore. The peak in the middle is winding itself inside out and upside down but by the time you read this the tide will have moved on from that. Somewhere like Fistral which loves a southerly wind is likely to be really good this morning too!
The wind is forecast to stay fairly light but it is going to swing more onshore, south westerly going westerly. And that will bring some heavy showers our way too!
But right now it’s bright enough and cheery enough and the surf is pumping! 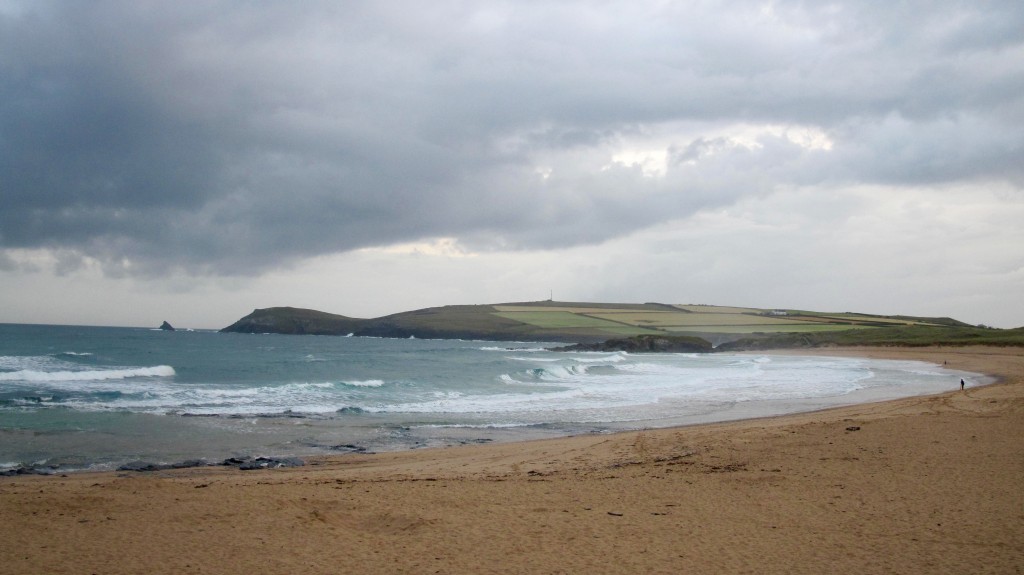 There is a little wave breaking here today, well it is tiny but rideable!
A foot of clean and smooth surf is snapping ashore a couple of hours ahead of high tide. I’m guessing that it might drop with the dropping tide and so it could just be as good as it’s going to get right now.
But it should show a little more again on this evening’s incoming tide too.

Fresh south westerly winds are going to be buoying up a rolling three foot swell while pushing along those shower filled cloud bundles.
We can look forward to a lumpy and bumpy three feet or so of fairly close together surf at our main surf breaks while the sheltered spots are likely to be really very small.
With a little searching we should be able to find some worthwhile surf through most of today, probably being better early in the morning again and later in the evening too. Watch out for those showers!

Another week of mainly onshores looms, a consistent three to four foot swell pushing in all along the coast, big bundles of white/grey clouds being ushered along to show some brighter skies too.
Monday and Tuesday are likely to throw up that old choice of whether to surf three foot and bigger but choppy and sloppy Constantine side of the headland or super clean but tiny Harlyn side.
Or maybe a bit of both working with the tide?
We should see some much bigger surf by midweek with that same steady south westerly wind blustering in, making the choice a bit easier locally – it is probably going to be a typical three foot Harlyn day!
And then the end of the week is starting to look quite pleasant. But that is a long way away yet!
Have a great week, wherever you are and whatever you’re doing!