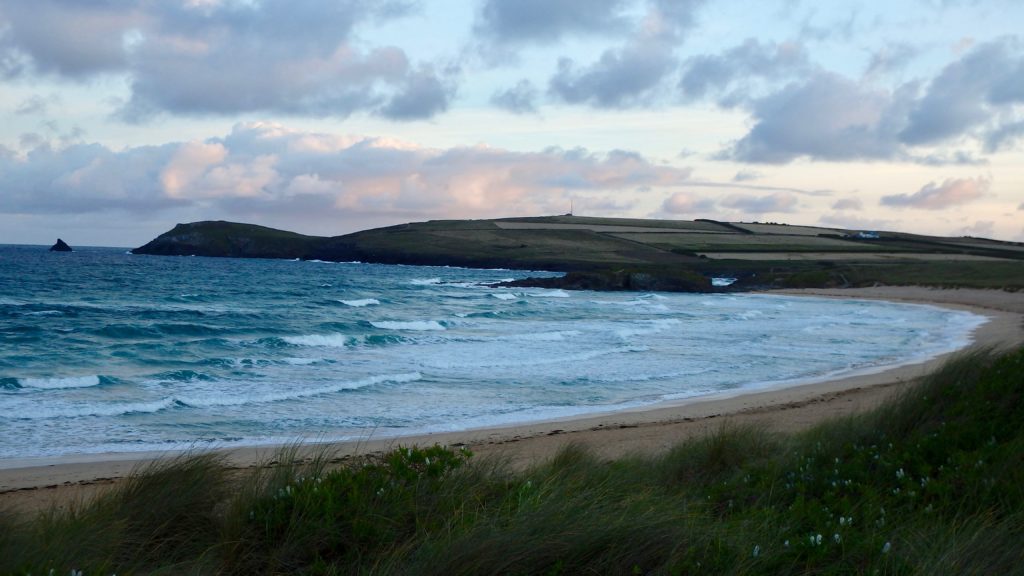 These early mornings have developed a bit of a chill lately, that wind coming down from the north and west, making you think more of Autumn than Summer.
But it is bright enough and dry enough this morning, the wind more from the west than the north, although still with that cold bite to it.
The surf is a mess again, that wind buffeting two to three feet of mixed up and disjointed waves making for another day of surfing sloppy but fun waves. But the sun is shining enough to make it cheery and the waves are just big enough to make it fun. It will be definitely worth getting wet for, especially if you get in at just the right time! 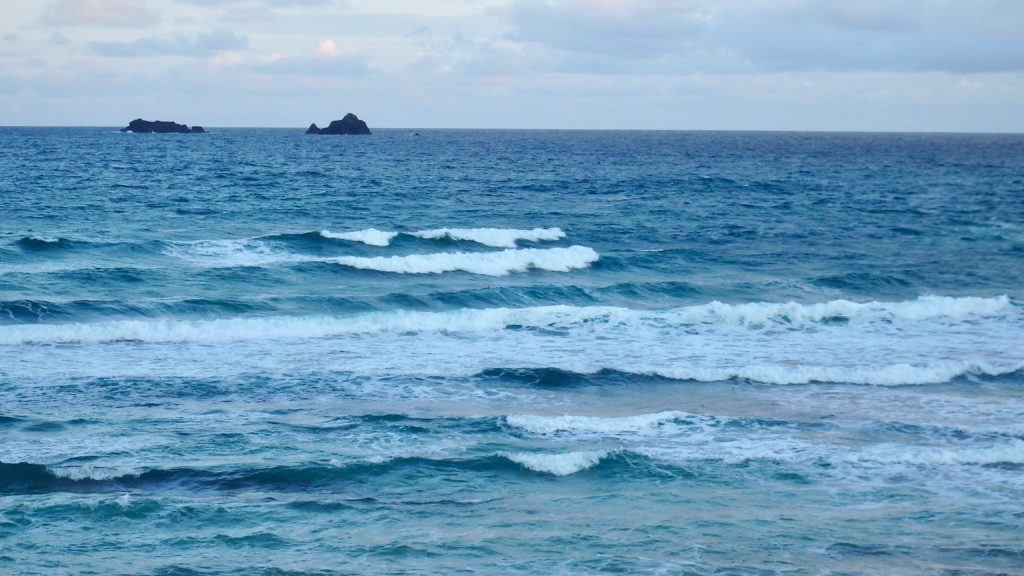 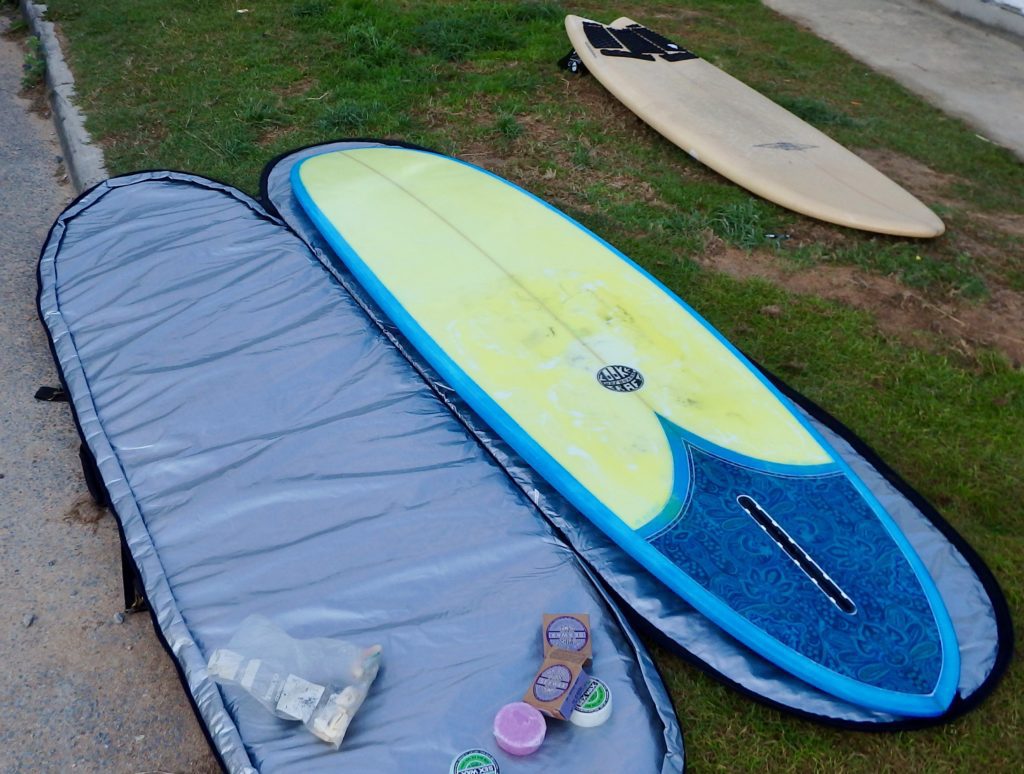 A couple of guys were up early from down west, trying out a brand new home-shape. It does look god doesn’t it!? And a Clarke foam blank too! New boards sometimes just give you that extra reason to go in when the surf isn’t all that! 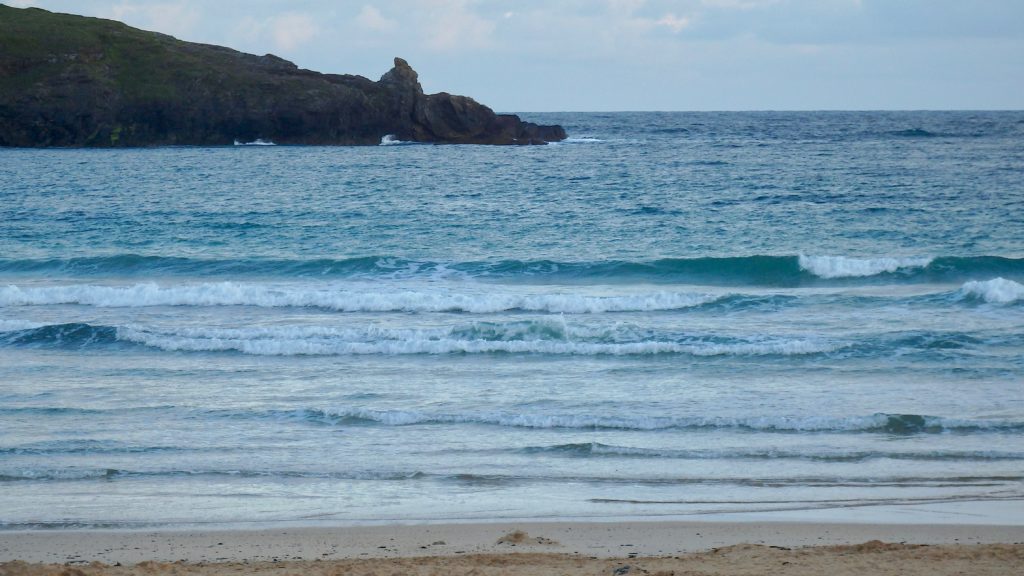 That same little, close-fetch and wind bothered little swell should continue to roll our way, the wind calming today and so maybe allowing just a little more shape to those small breaking waves.
It will still be onshore, from the west at first, then going north westerly but by the afternoon there should be no more than a light breeze.
The weather could be a little mixed but we should see a little sunshine in amongst those sometimes long lasting showers!

More onshore winds, mainly blowing from the north west along with small and localised little wind swells will continue the recent theme of lacklustre surf and mixed weather well into this week.
The weather should brighten up through midweek but that north westerly wind will keep temperatures feeling lower than they might be, all the time the surf staying in that two to maybe three feet at the biggest size range.
So, it’s not looking in any way great this week but there should be enough weather and waves to keep most of our visitors happy enough!
have a great week, wherever you are and whatever you’re doing!