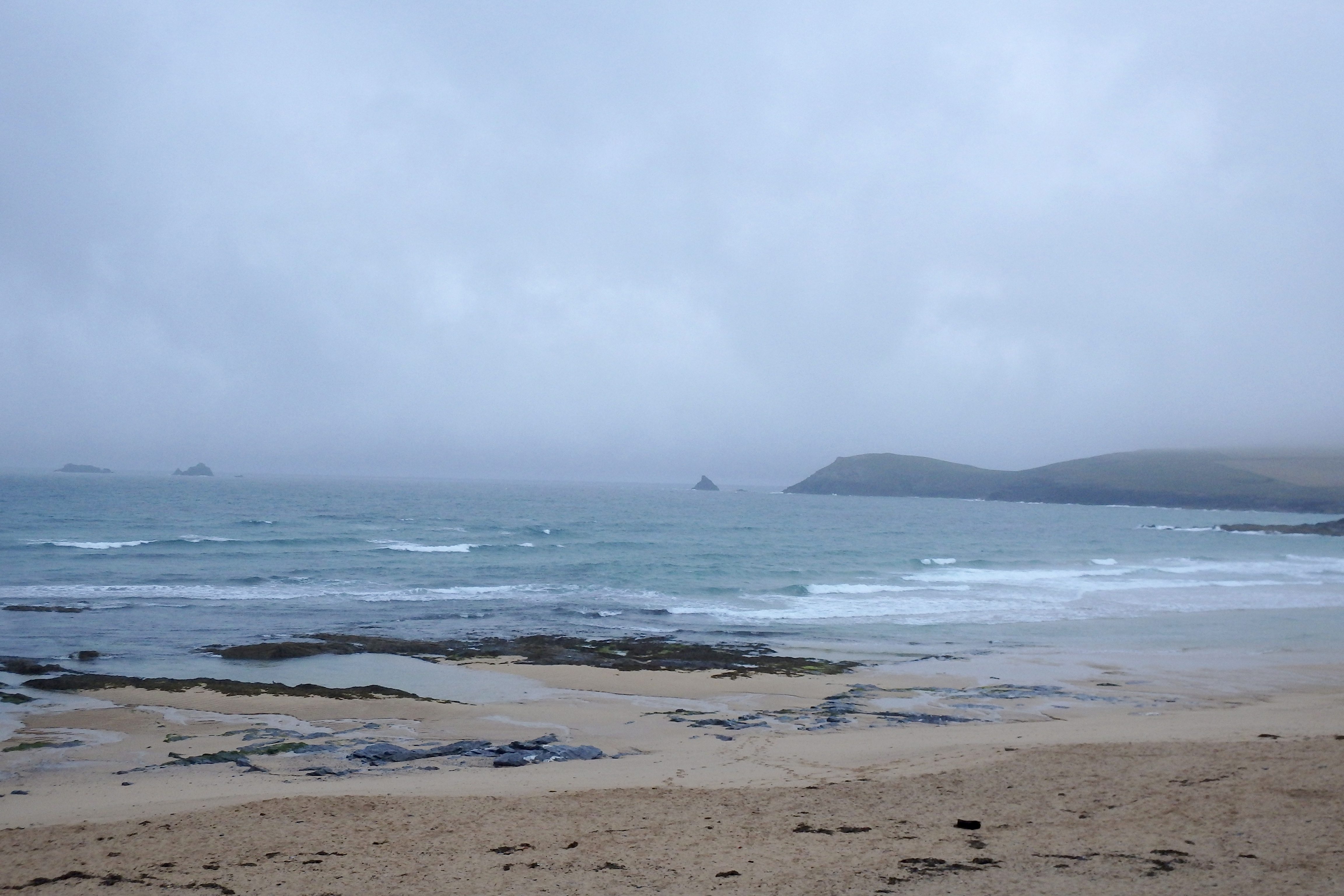 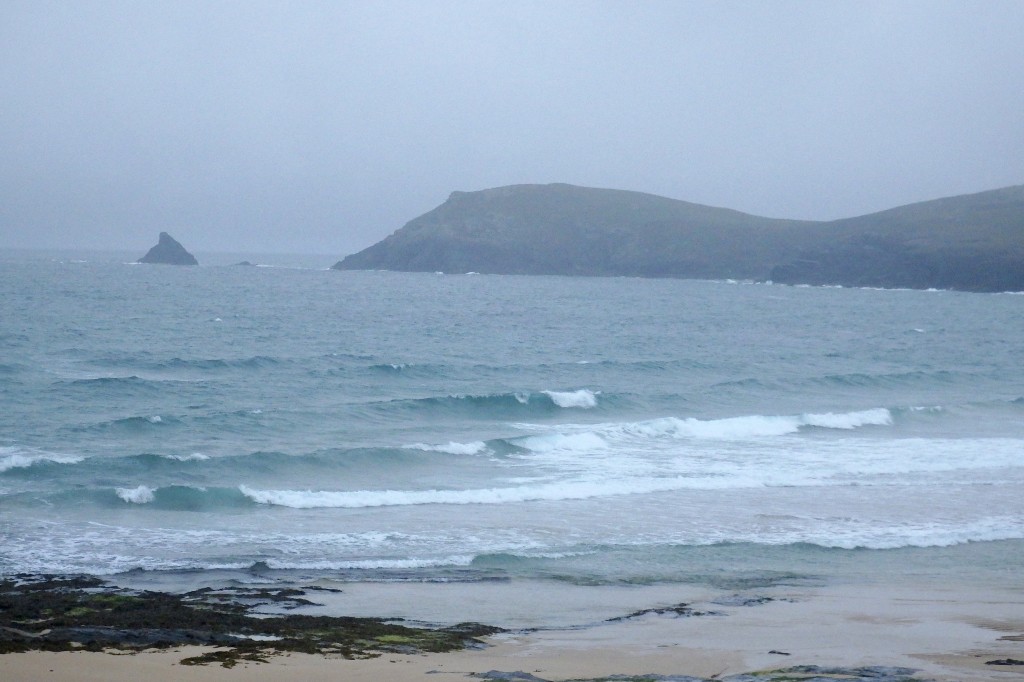 Another breezy, overcast and dull morning is spreading its dampness this morning, the air wet, the visibility low but the temperatures mild, as they should be in August!
And so the surf is a lacklustre couple of feet of wishy washy windswell rolling along the shoreline a little aimlessly right now.
Keep your eyes on that though, it will change and change quite quickly too!
By this evening we are likely to be battling out in four to five feet of thick and heavy, rolling swell, a mid-teen wave-period measuring those powerful and solid swell lines. And all of the forecasts are predicting much brighter things to come for later too, although when looking at the view right now both pop those things are difficult to believe!
It should be a day of two halves today, the second half promising much more fun! 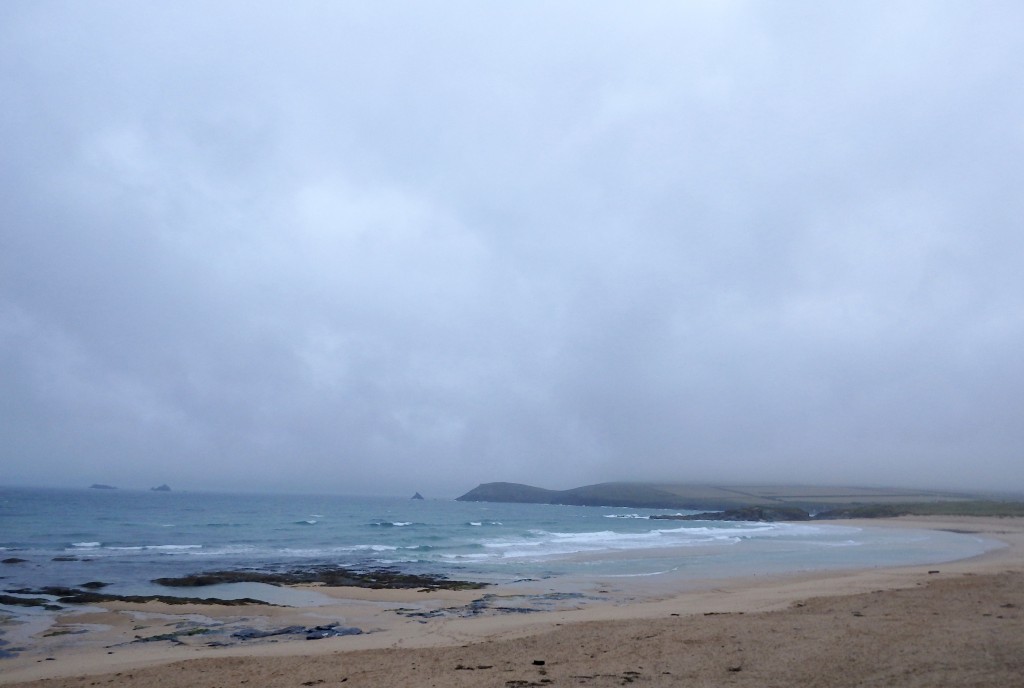 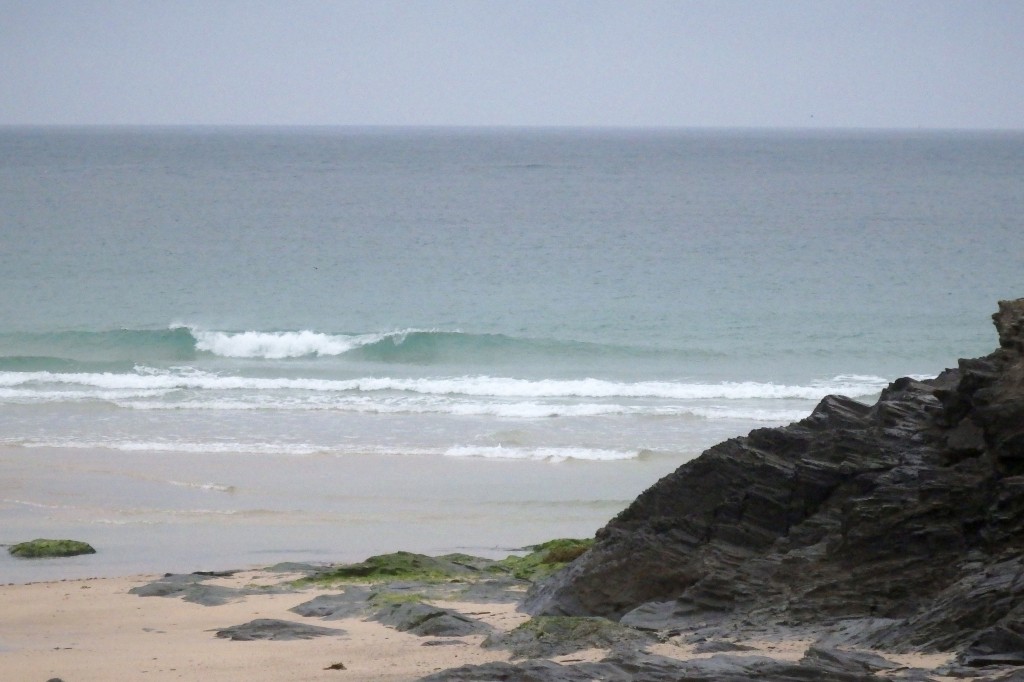 Six inches to a foot of wind frothed little snappers are hitting the sand as the tide trundles up the beach this morning, those tiny little waves frustratingly appealing in amongst the murk and mizzle of yet another Cornish high summer morning.
This afternoon is likely to be a whole different experience though, as well as the surf building by the minute through the afternoon, the weather should have slipped into something a little more appropriate for the time of year too.
The wind is likely to be still a little too westerly to allow the surf to be as good as it could be here but by this evening there should be some proper Harlyn waves to shred on and in some pleasant summer sunshine too! 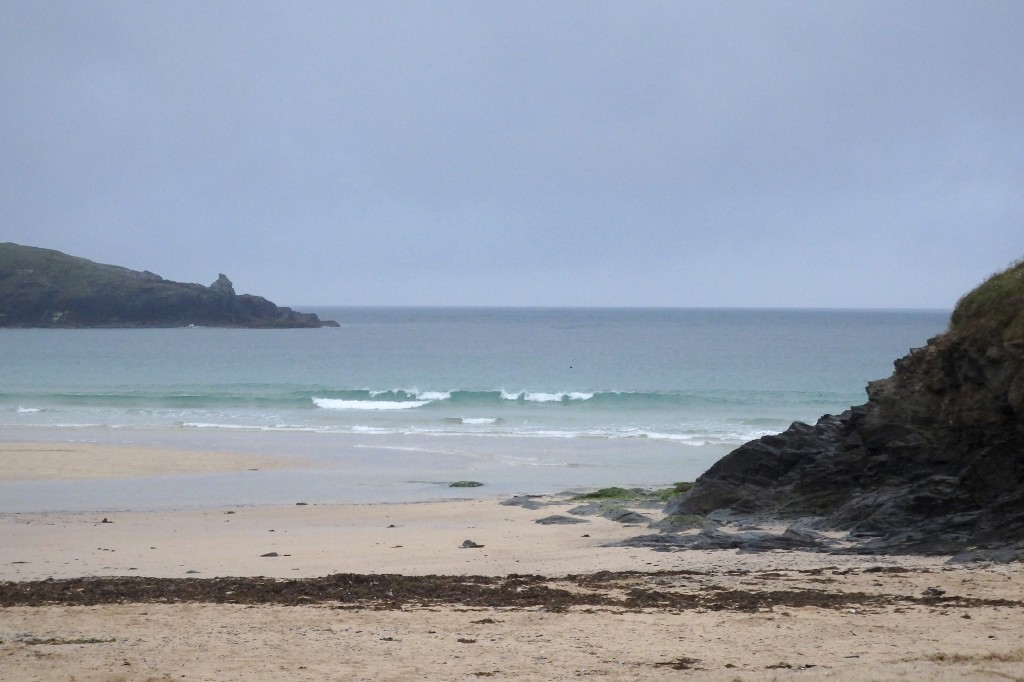 A rolling four foot plus swell should greet us in the morning but that is going to be accompanied by a, yes you’ve guessed it, north westerly (onshore) wind. All day long.
It should be bright though!

Northerly winds are likely to plague us again as a thick and solid summer swell rolls our way to start the week. And those winds, although easing in strength, are likely to stay with us for most, if not all of the week.
But the weather should just about be okay for most of the time and the surf should be fun too for most of the time as well, only gradually weakening off as the week rolls by.
These summer weeks are the ones when you hone your fitness levels and sharpen your reflexes by riding those unpredictable, windblown swells that are often twitchy and uncertain with bowling and intense little sections at the same time!
It is definitely worth having an appropriate extra boards for these summer conditions!
Have a great week, wherever you are and whatever you’re doing!