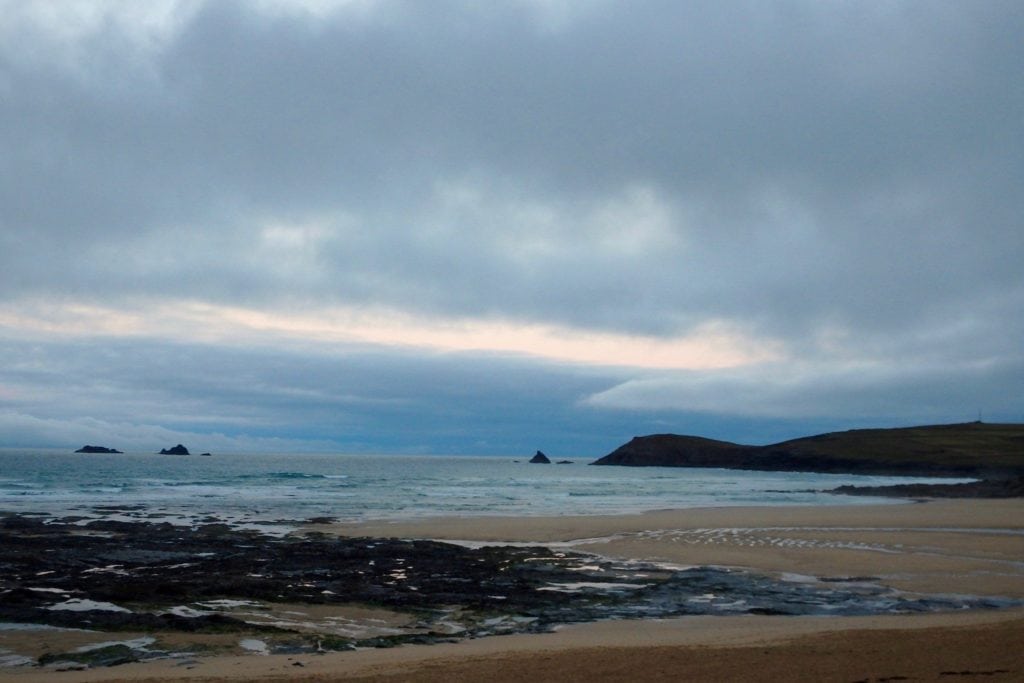 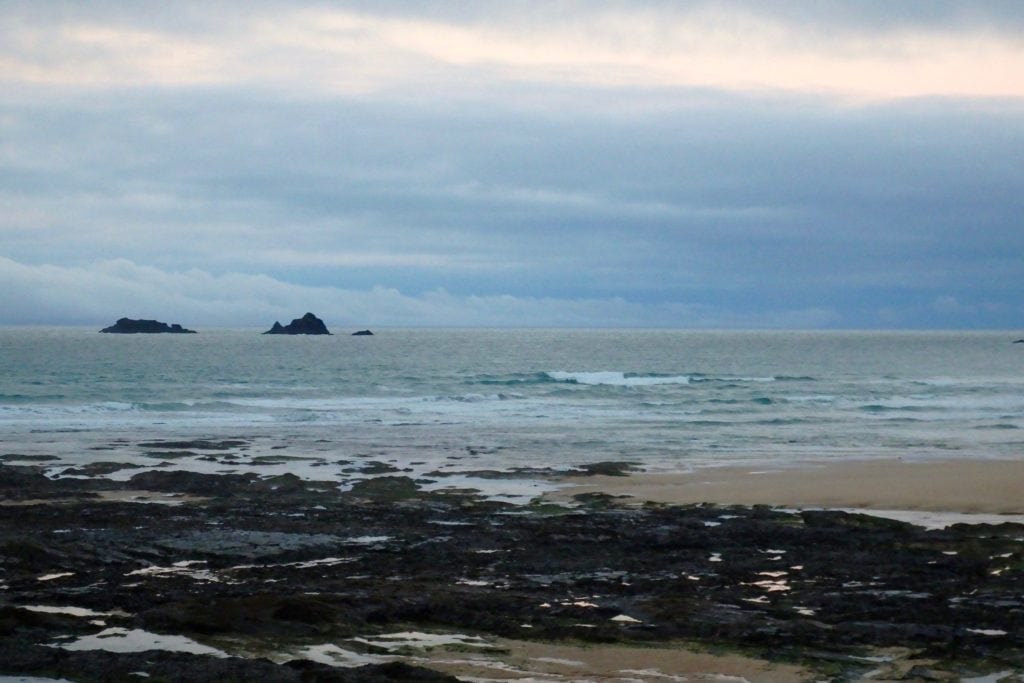 A blue streaked and silver sky is waiting outside this morning, the breeze light and from the north west, the air mild and the surf, well, pretty small.
A foot or two of warped and wobbly little waves are spluttering their way to the beach, looking spent already before they even break. The neap tide is still low, so that’s not helping, we could see a little improvement on this morning’s incoming tide but it’s unlikely to be much of an improvement.
Still, it is brightening and there are waves, small and sloppy as they are, so it will probably be worth a midmorning splash! 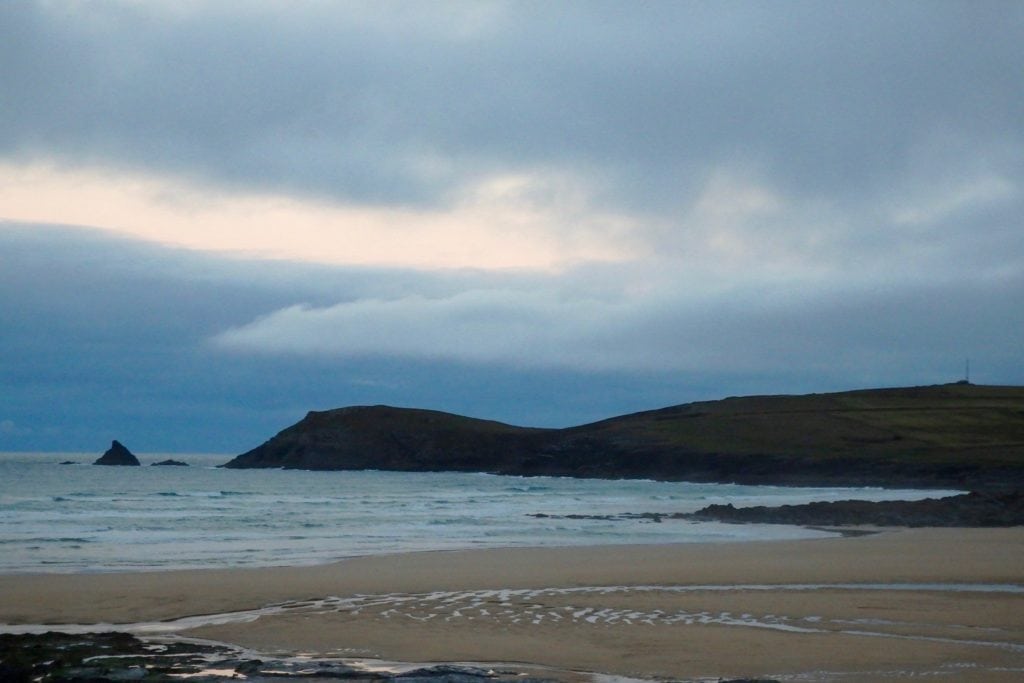 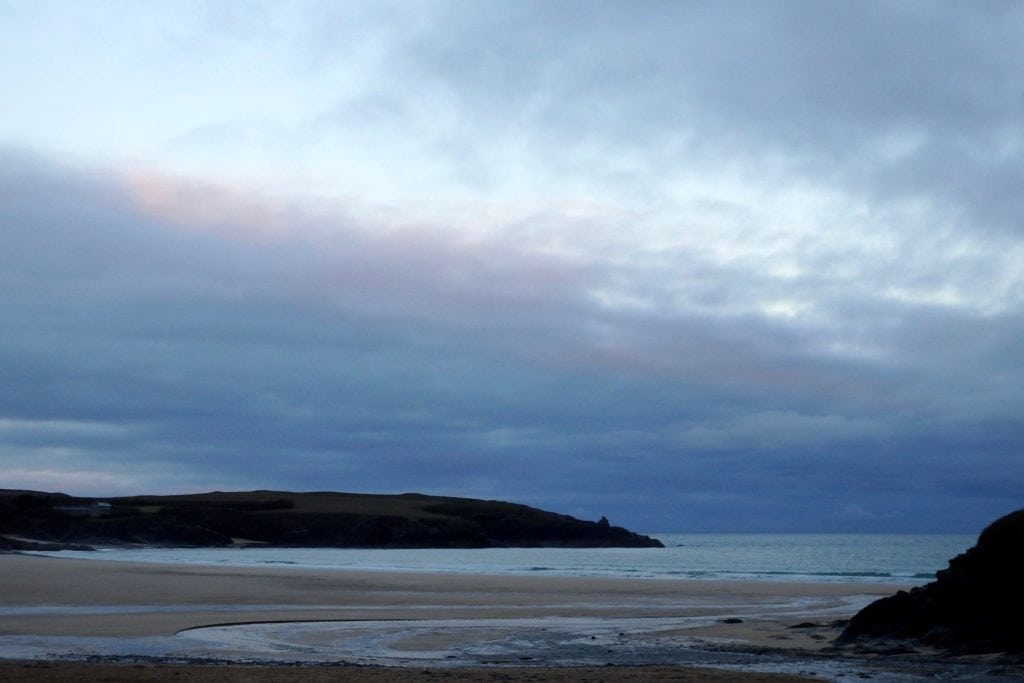 It’s all but flat around here this morning with only a foot or so of weak and wishy washy stuff fumbling into the bay.
This morning’s incoming tide is only slow and starting from a high low, so that will probably not have too much of an influence on the size of those little waves.
No, the other side is small enough and weak enough but at least it is more rideable than here today! 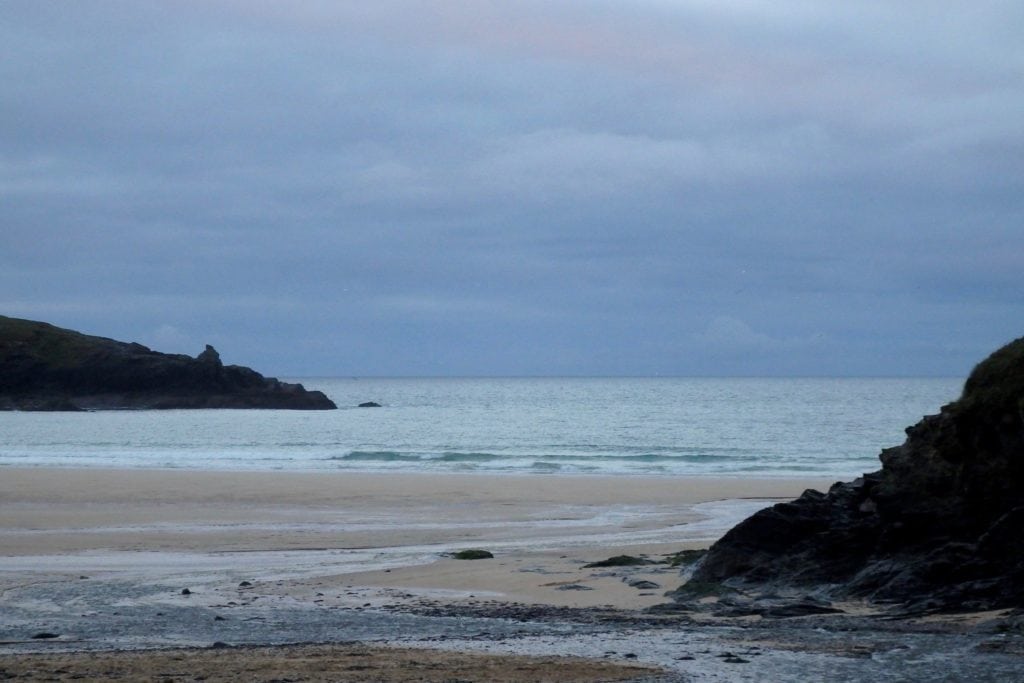 We should see some bigger waves coming through today, even if they are going to be trashed by a strengthening onshore, west going north westerly, wind.  There should be a thick four feet of swell booming in by the evening but it is going to be messy and mixed up.  There’s a slight chance that the far coast might have a couple of smooth ones but it would only be small if anything at all.