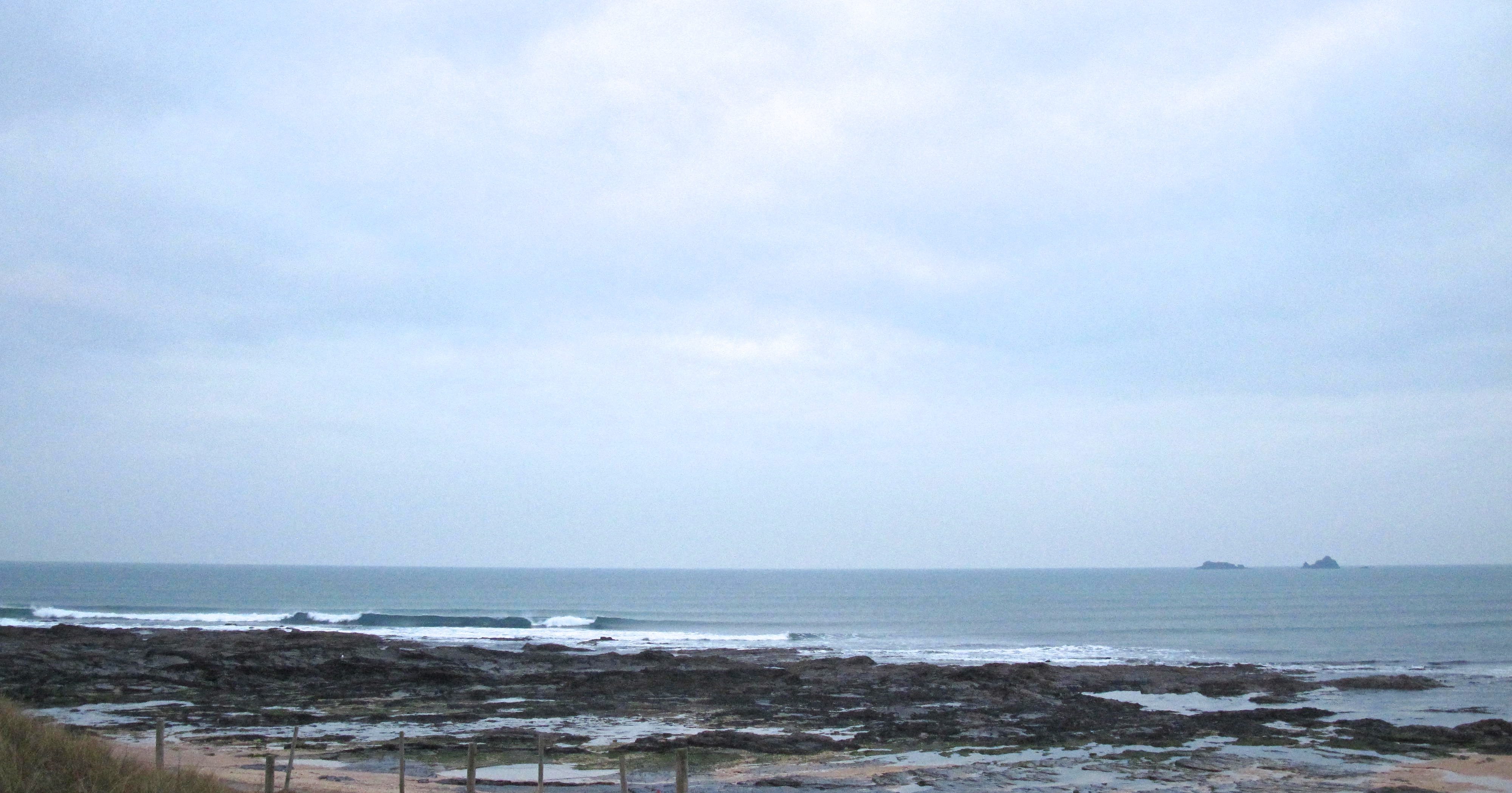 Another still and gentle day is blanketing us in grey.
Low level cloud is stretching from horizon to horizon, the lightest of breezes breathing across the silver smooth surface of the sea, all in that one shade of grey.
The surf is a foot or two of sheet glass, those bigger set waves taking their time and reaching for the three feet mark.
Yesterday was fun if you found the right stage of tide and today could be funner. It is still more of a longboard type of wave again but shortboards should be able to fly a bit too.
Make the most of it though, it’s all change for tomorrow! 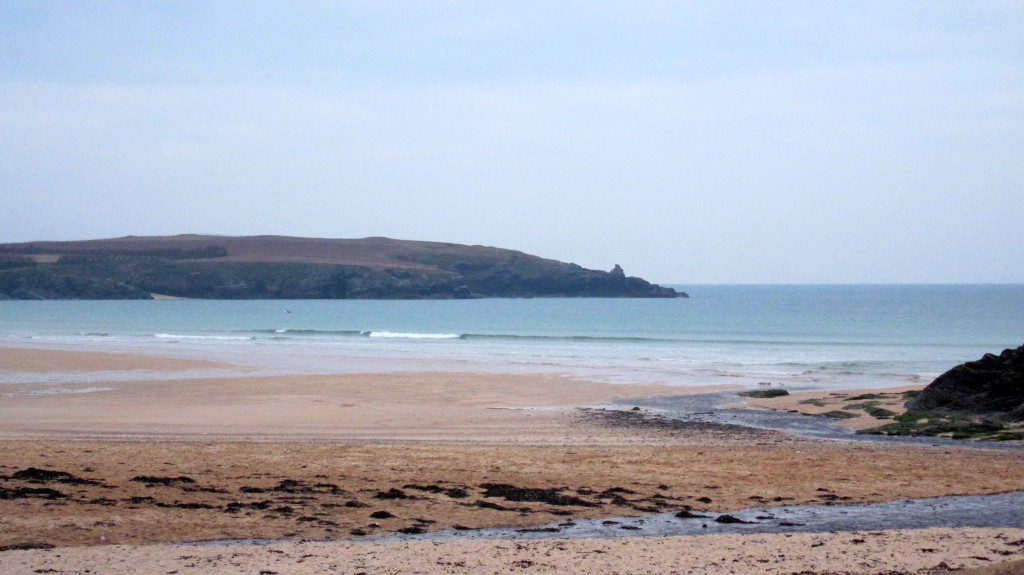 No, it’s flat around here again today.
That is going to change soon enough though with a bit more swell and a bit more wind blowing in for tomorrow (surf forecast below)! In the meantime only sheet glass ankle slappers are rippling in. 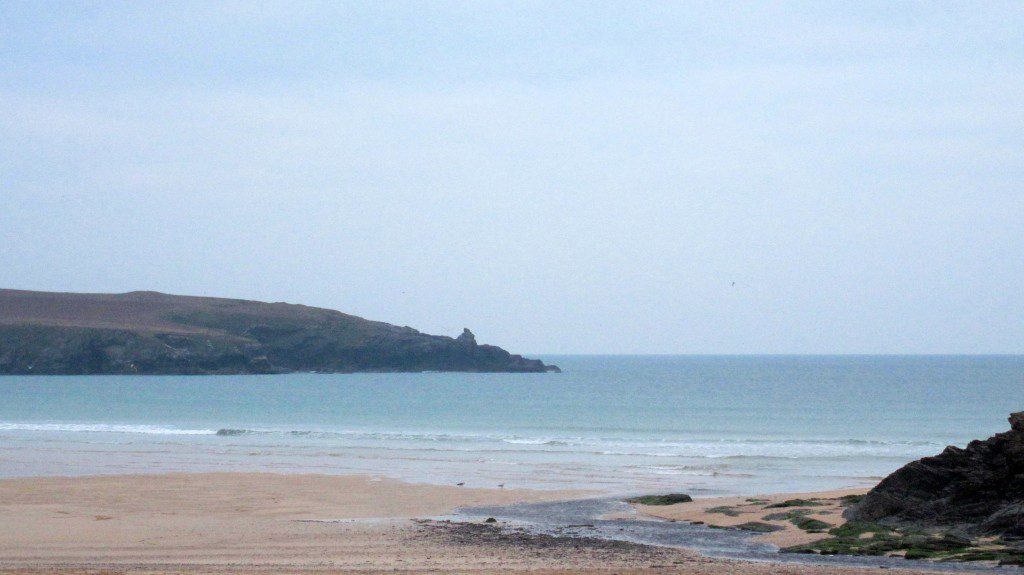 Ah, there’s a storm brewing out there and we are going to enjoy the benefits of it today.
The surf is likely to start off fairly mediocre, onshore at all of our main surf breaks, a brisk southerly wind rapidly developing into a strong south westerly. Those waves are likely to have doubled in size by lunchtime, doubling again by mid afternoon and again by evening.
So, Harlyn is probably going to be the place to head for by midday, the dropping tide coinciding with the growing swell. We should see a bit of a Harlyn barrel fest if we’re lucky!

After a week of gentle and clean conditions, low pressure is about to move in and shake everything up over the next few days.
The surf and wind are likely to increase through Friday, the surf going from mediocre in size to big during the day, the wind increasing all the time. That wind is likely to be blowing in from the south west for most of the day making for clean conditions round at Harlyn. By mid afternoon we should be seeing some classic Harlyn low tide surf!
The wind is likely to switch to the north west for Saturday and that is pretty much onshore everywhere along this coast, making the far coast an attractive proposition. But that wind should ease through the day dropping in strength to not much than a breeze by the afternoon. I’m guessing that the size and power of the swell will demand an offshore to clean and organise an otherwise very mixed up swell but that might just happen too but maybe not until after dark!
By Sunday though, that wind will have eased and switched to the east, offshore.
The swell should still be thundering in and the wind should shape and organise it all to eventually be just the way we want it to be!
That surf could just be very, very good on Sunday!
Have a great weekend, wherever you are and whatever you’re doing!