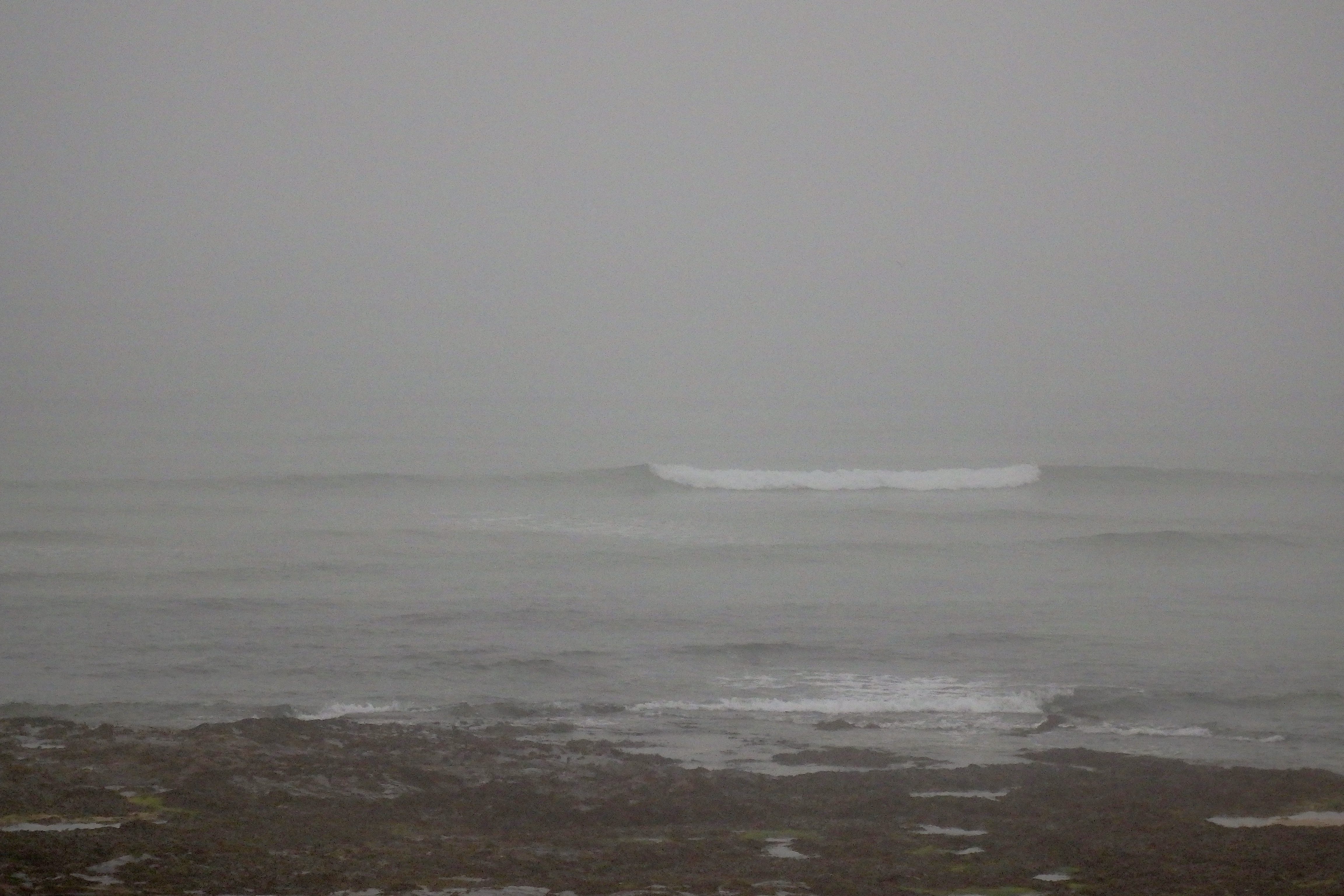 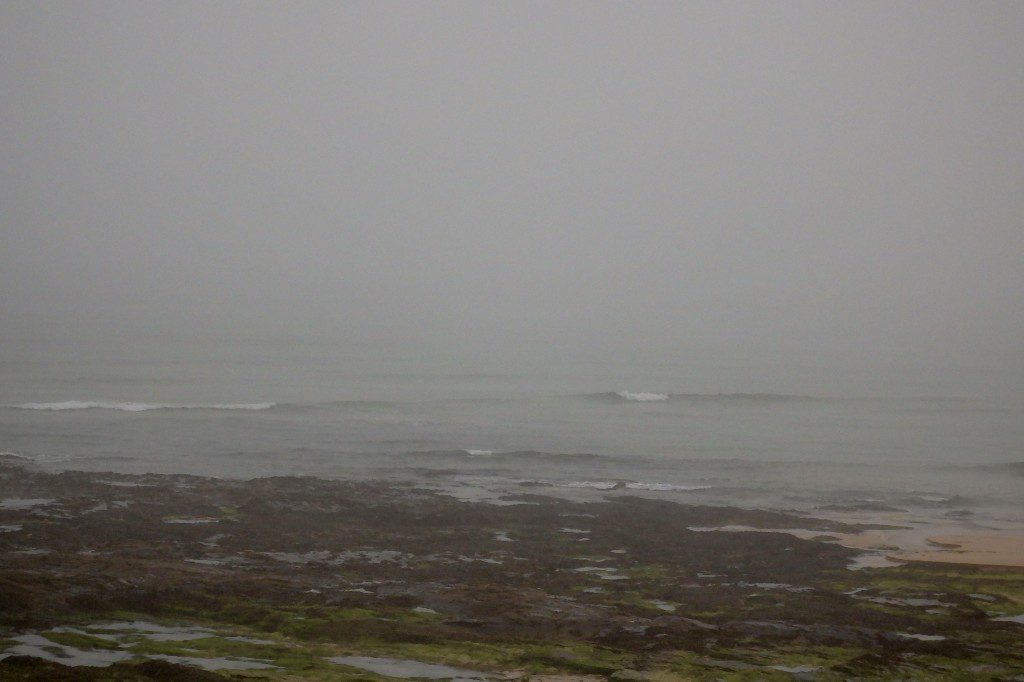 Another damp and foggy ‘Jamaica Inn’ type of morning is blanketing the coastline this morning, the ghosts of wreckers past shuffling along the headlands, these days herding dogs rather than rum barrels, the silence of Sargeant’s foghorn louder than the historical boom.
The surf remains tiny, a foot or so of glassy little peelers occasionally visible in the murk and gloom. The noise of rainfall meeting sand is louder than the whisper of those peeling waves on this still and silent morning.
The forecasts are showing a slow brightening, maybe taking until this afternoon before revealing anything clearer. But eventually it will be cheerier and sunnier and prettier but the surf is likely to still be all but flat! 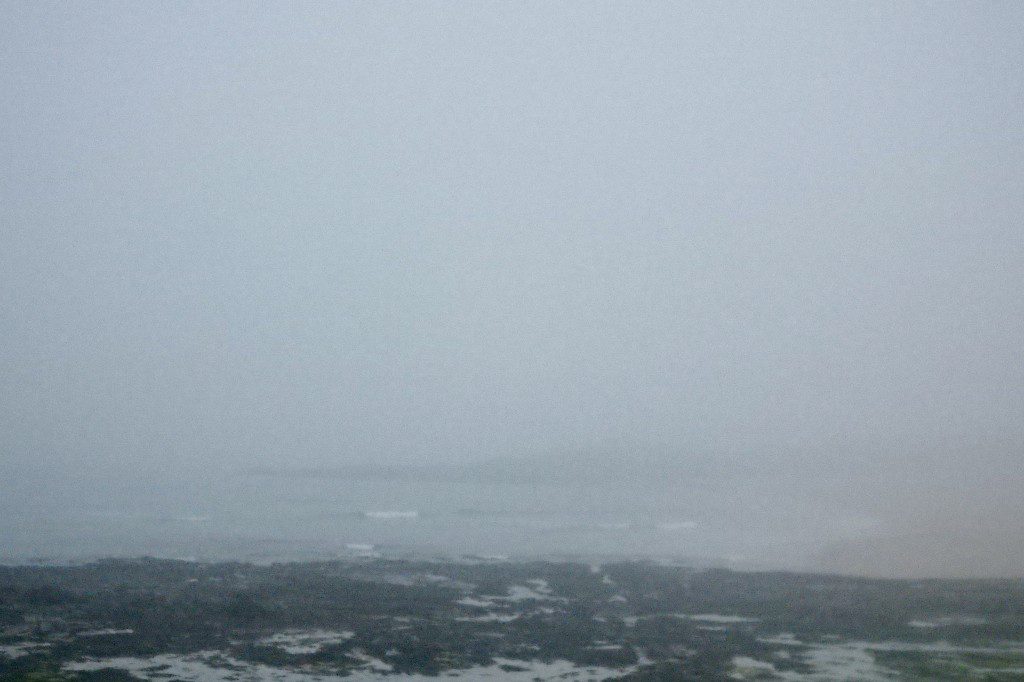 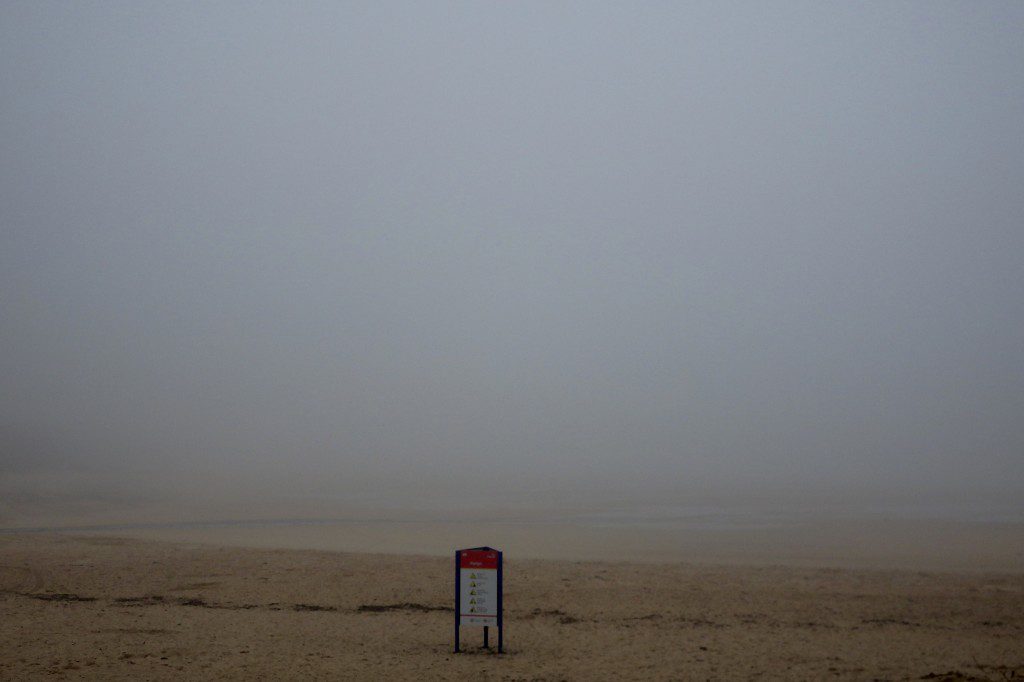 Visibility is almost zero here this morning, the surf hidden behind a wall of dense fog and persistent rain.
It sounds flat though! 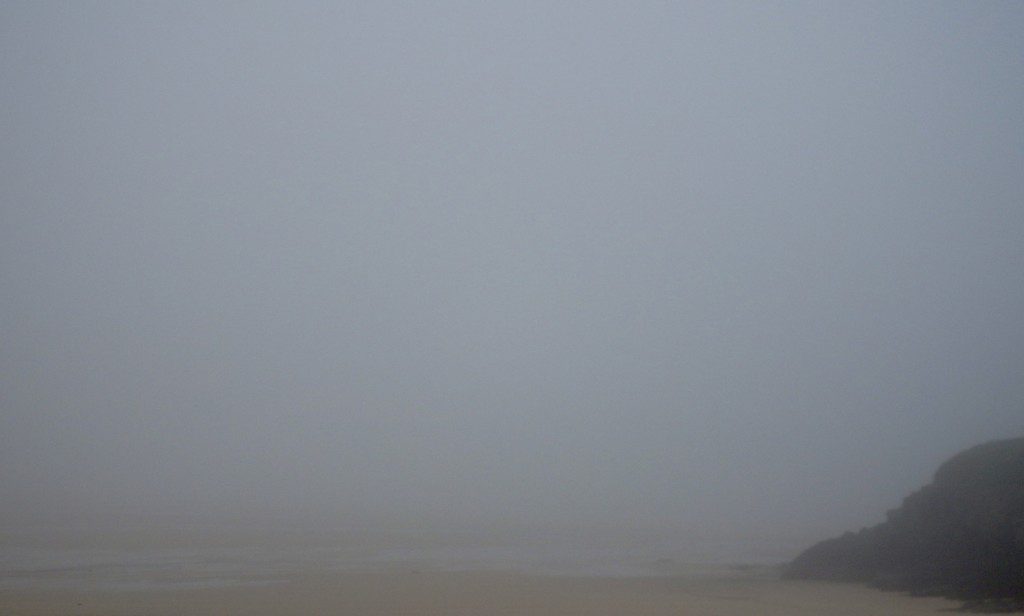 A hopefully much brighter morning should be waiting for us today with that continuing light offshore breeze now coming from the north east, a chillier and fresher direction.
But the surf is still likely to be no more than shin to knee high at best!

A very pleasant weekend appears to be waiting for us with light breezes and clear skies forecast but only very small waves.
Saturday looks to be the favourite to enjoy some fun and summery surf, a foot or maybe two of offshore shaped, glassy surf forecast for most of the day. Loads of sunshine is expected too and that should last throughout the whole weekend.
By Sunday though the waves might have weakened and shrunk a little, the breeze swinging around to the north west, onshore and chillier too.
But, pick just the right stage of tide at just the right place and you should enjoy some more longboard wave gliding in some bright and cheery sunshine.
Have a great weekend, wherever you are and whatever you’re doing!