It’s another even later surf report this morning, an early morning journey across the moors taking just a little longer than expected but rewarding in the stormy views on offer.
Yep, it’s another wild and woolly one out there, a maelstrom down in the bay with huge waves being washed around, pushed and pulled by the easily storm force wind. The waves are difficult to size but they are in that ‘huge’ range, totally destroyed by the howling winds, those squalls burning your face while trying to squint through the onslaught.
It’s not the place to loiter, although when the sun peeks out it is a great place to storm watch! 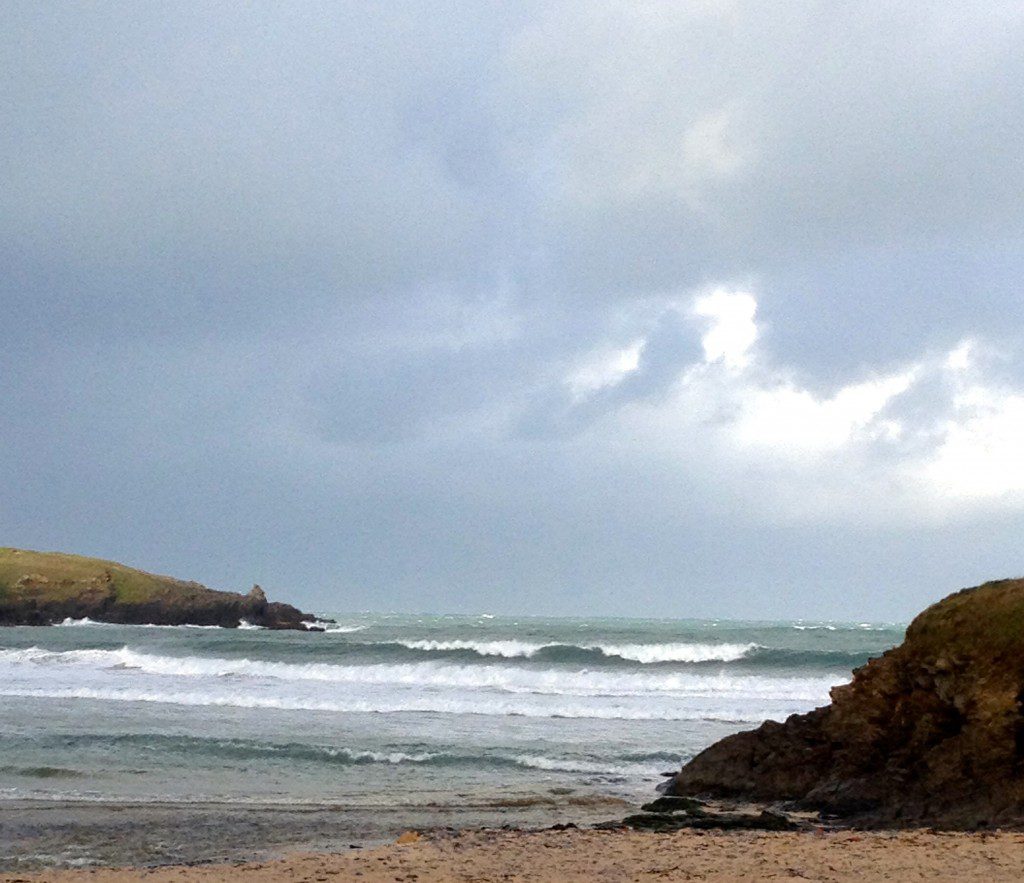 I’m guessing that it might be bigger than it looks here today as well.
It looks about four or five feet but seeing those open ocean swells rolling by outside the bay, some of those sets that are swinging in must be a lot bigger.
The wind is storming across the bay, a little too westerly to be clean offshore and a little too strong to be anything less than difficult to paddle against.
But, down in the corner, sheltered just a little from the storm, there are one or two reeling, peeling and gouging waves spinning through. It’s a place that only those few, those who really know what they’re doing should even think about but, well, there are a few grinders!
Otherwise it might just be worth looking further afield, those super tucked away spots, along estuaries and up creeks, sheltered from these howling winds. They are the places to look for today. 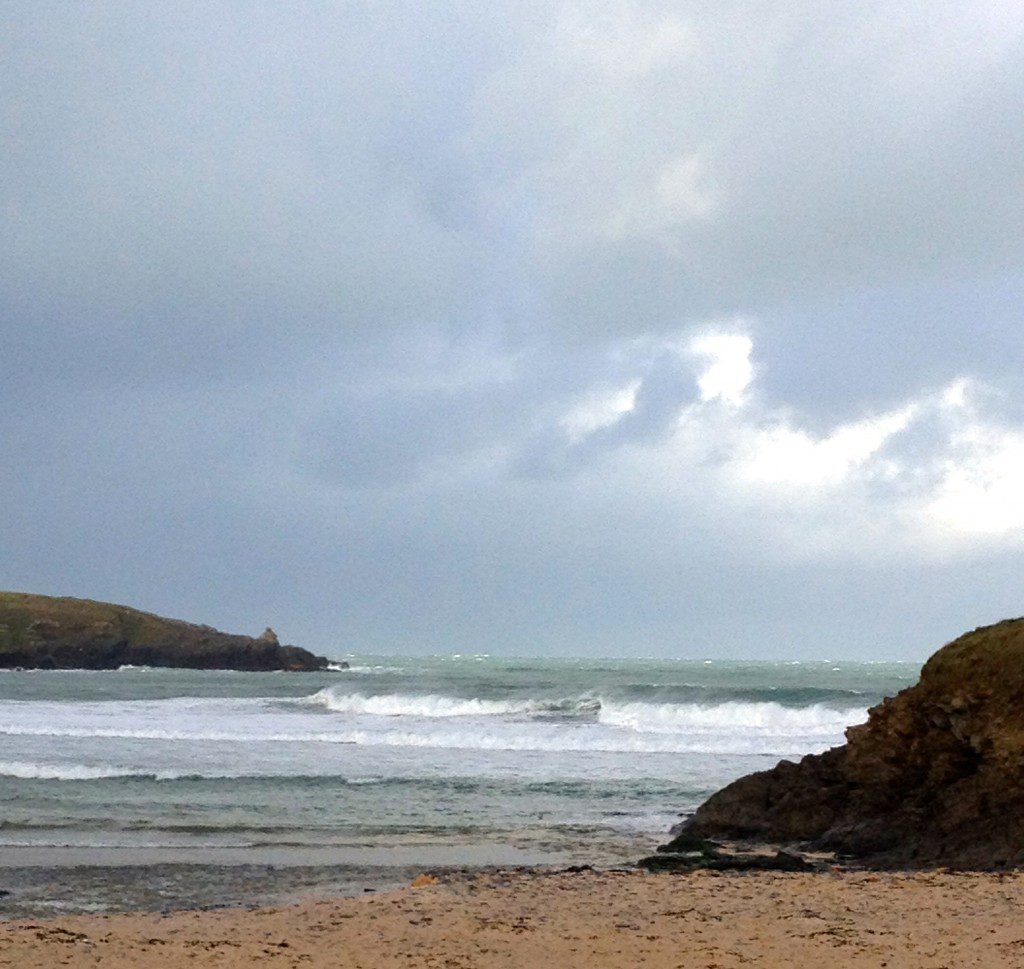 The swell is likely to have dropped but not so that you’d notice! It’s still likely to be big, bad and stormy, those lumping waves continuing to be enraged by those howling winds.
And today’s storms are likely to be blowing in from the north west, onshore everywhere on this coast.
But the far coast?
Well that could be a whole different story!

Those strong winds are likely to continue to dominate through this coming week. Gales and storms are lining up to blow through for pretty much the entire week, mainly staying from the south west but maybe slipping more westerly towards the back half of the week.
And so Harlyn is the place to check locally. Our winter sanctuary and home to some bowling right-handers amidst a host of thumping close-outs! You have to be nimble of foot and sharp of mind to really enjoy Harlyn, especially at low tide. But it is our winter salvation, the place to head for when most other places are blown out.
By the back half of the week, the surf might easily be too big, even for Harlyn! An so the search will start for those super sheltered and calmer spots, those tucked away little breaks that are up the estuaries and along the creeks and around the corners.
So, stand tall and enjoy those sand sucking barrels, we should have a week or two of them ahead!
Have a great week, wherever you are and whatever you’re doing!