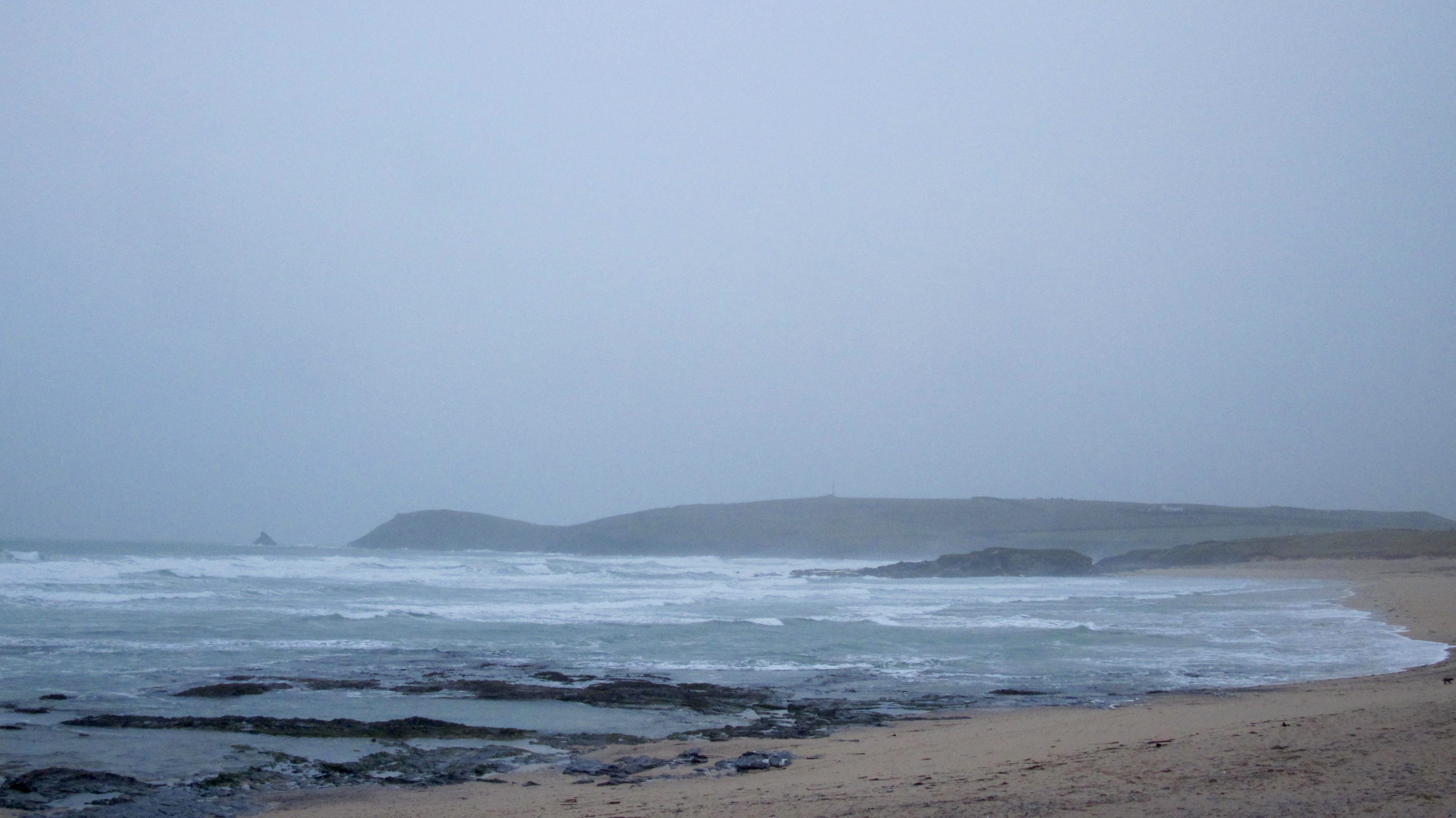 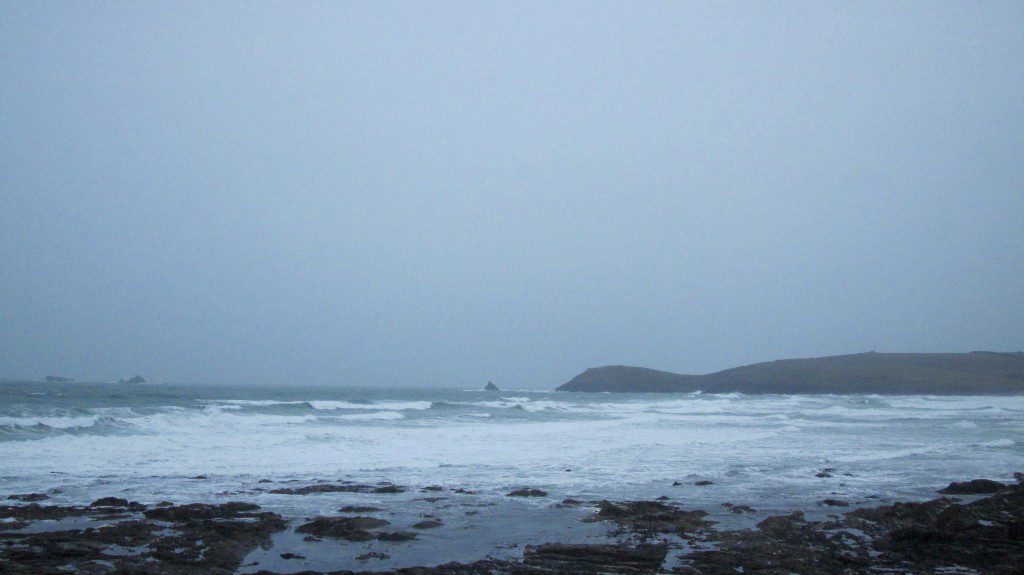 The pitter patter drum roll of rainfall against windows has replaced the relentless roar of those hard blowing winds of the last how long. Yes, the wind has eased in strength, just a little but enough to notice.
The surf is still a wild and mixed up madness of wind-blown and raggedy waves though, the south westerly wind still making itself felt.
It is just a little smaller looking than it has been too, a four to six feet grey mess of choppy swells rolling around the bay but it still has no appeal, no enticement.
That wind is still strong enough to make a mess of any chance to surf here today! 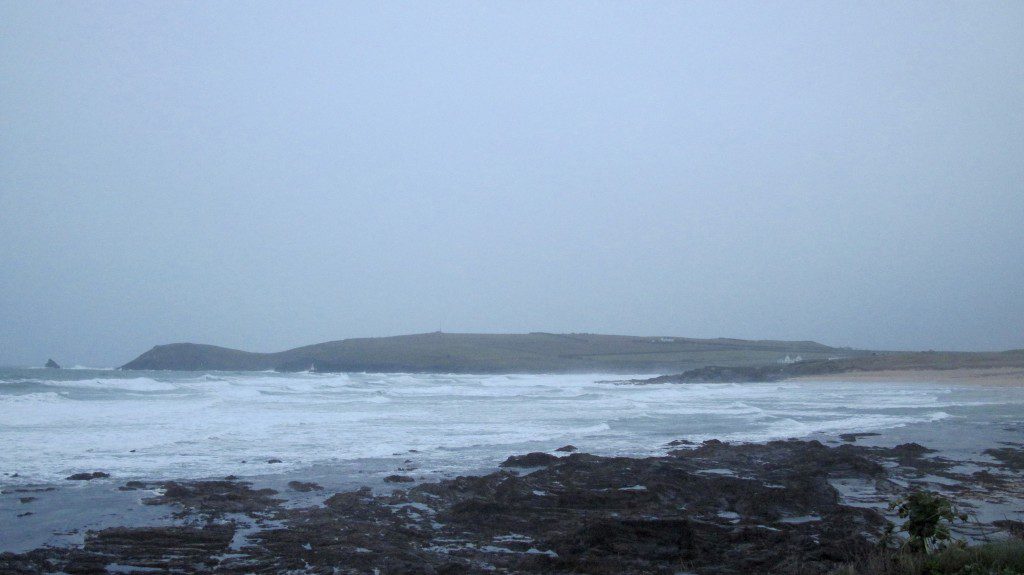 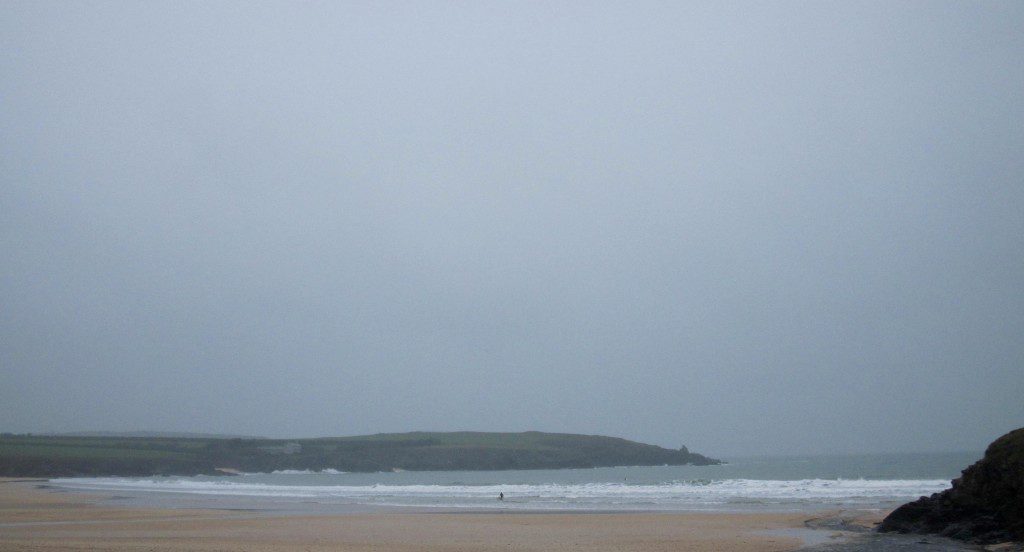 It is smaller looking here today too and just a little bumpier.
There’s three feet or so of still lined up but maybe just a bit rippy surf snapping in, the set waves still lurking out there, promising better for later. The incoming tide should quickly sort out those early morning wobbles!
Good to see the pre-work crew getting a few to themselves, with Sharky and Steve (Derry) both saying that it was just a little weaker than it has been.
But then it has been a bit stormy for a long time!
Yep, give it a couple of hours or so and it should be fun! 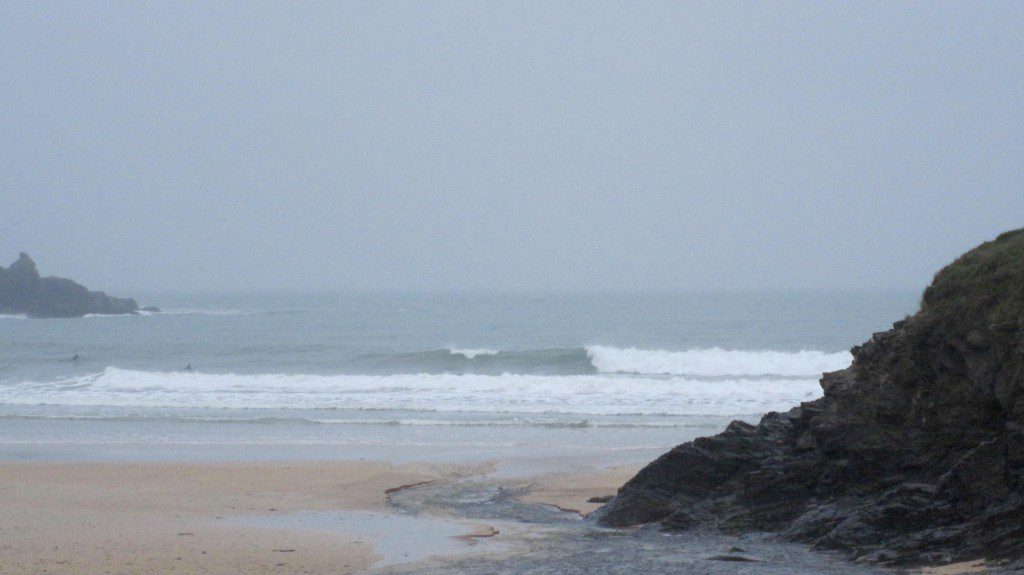 Oh.  North Westerly winds.  Boo Hiss!
We haven’t suffered northerly winds for a while but they look like returning today.
And so it is looking as though it is going to be onshore. Onshore pretty much everywhere along this coast! And colder too!
Hmmm, I wonder if there’s enough swell getting into the far coast today?

The big change this weekend is likely to be a noticeable drop in temperature!
As that chain of low pressure systems that queued across the atlantic this last month finally comes to a high pressure controlled pause, the winds are changing. North westerly winds are going to be chilling their way down the coastline as we go into the weekend bringing the first really cold air of the winter with them and not doing much for the surf either.
Sunday looks a little more promising with a steady three feet or so of swell and that wind maybe just twitching itself offshore (north easterly) through the morning and into the afternoon.
The rest of the time though, that wind is likely to remain onshore, north easterly making for chilly and choppy conditions everywhere.
Everywhere along this coast anyway!
Have great weekend, wherever you are and whatever you’re doing!