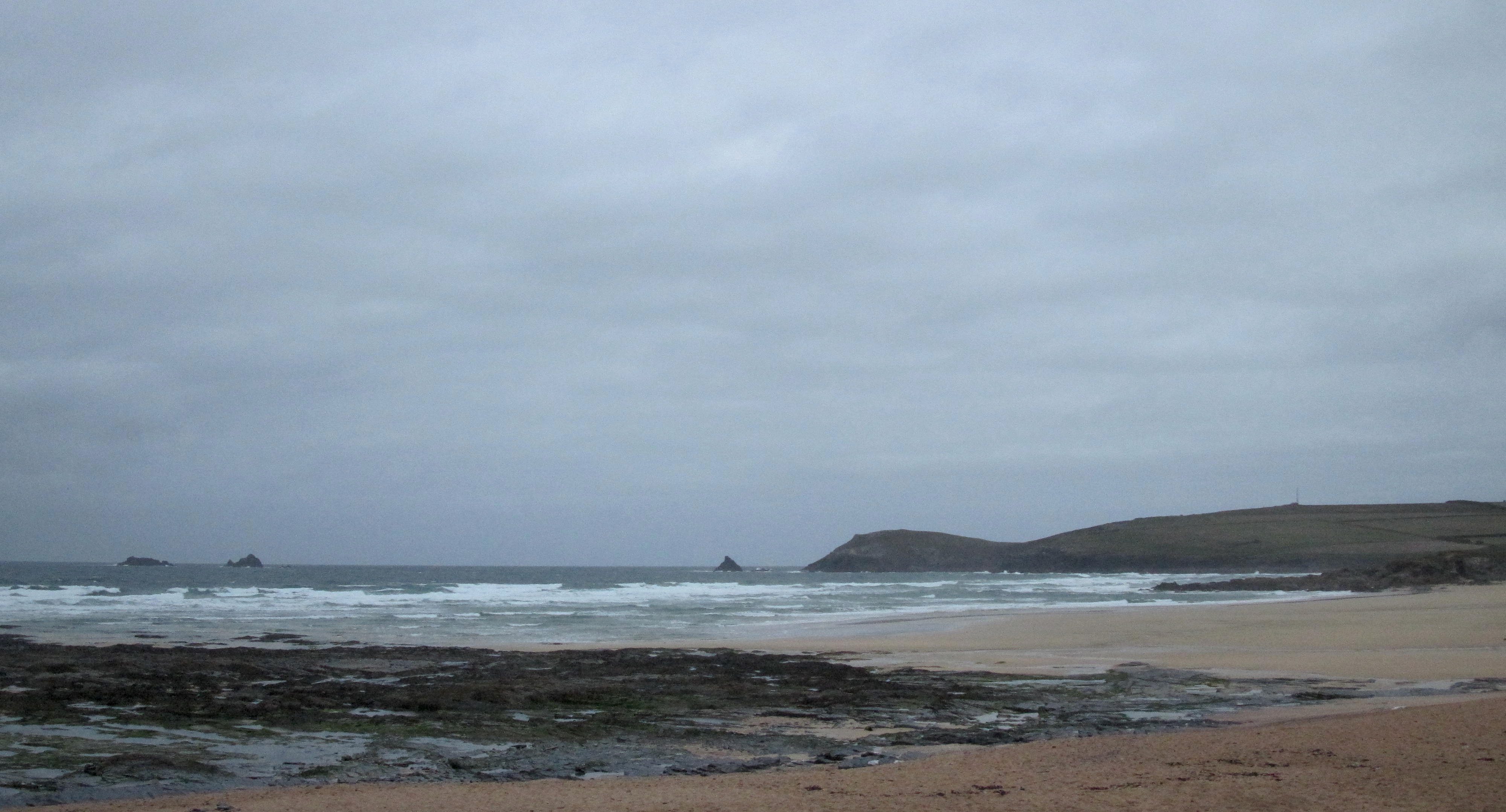 A gloomy, breezy morning is grumbling awake this morning, the dull grey sky looking like it might leak at any minute.
The wind is gusting in from the north west, churning the two to three feet of slopped out and chopped up surf into a mess of junk surf.
No, the surf is not looking that appealing here today. The south coast will be cleaner but whether it will have enough swell I’m not sure yet.
It could be a while before the sun shines through but it should brighten up by this afternoon, just as the wind drops away – and the swell starts to build!
Late this afternoon could be entirely different to this morning! 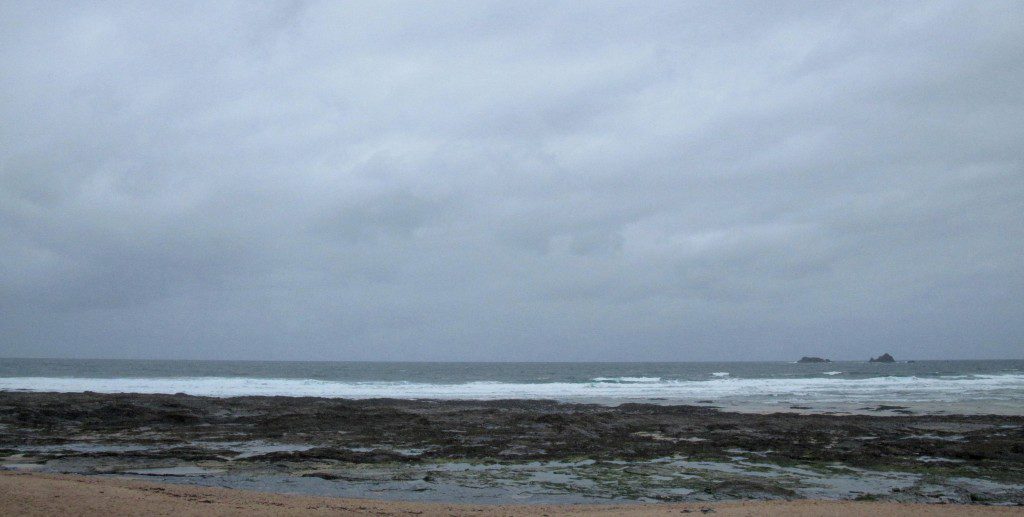 The surf is almost flat around here this morning with only a foot or so of wind-messed surf slopping ashore.
And the north westerly wind is chopping out the low tide surf.
The swell is likely to strengthen through the afternoon with the wind easing in strength all the time. But that wind isn’t likely to change direction until it’s almost dark. Until then it is going to stay messy! 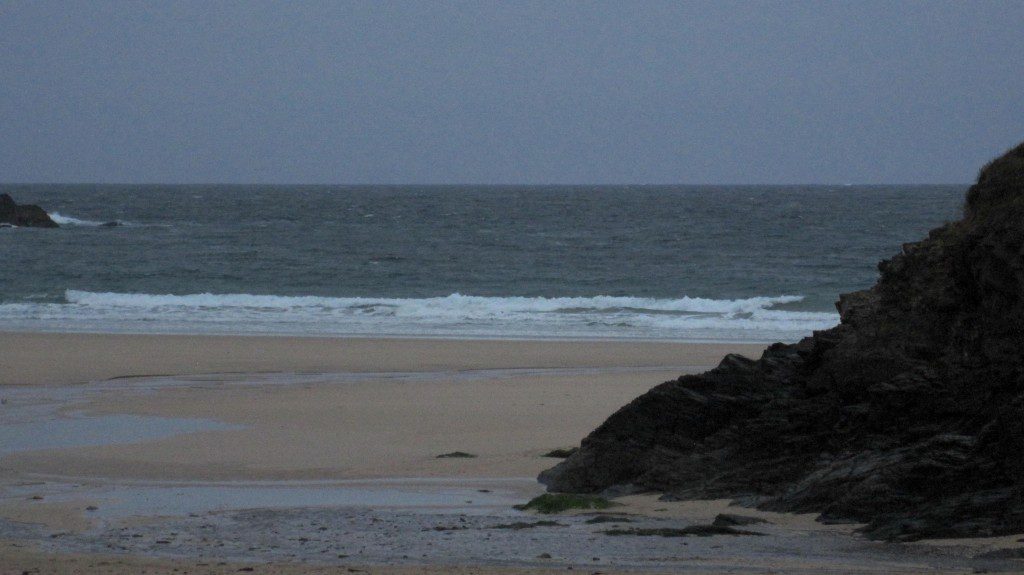 A booming four foot swell should be roaring through, the wind pushing from the south west, offshore at Harlyn.
So, it looks like we are in for proper Autumn day’s surf at Harlyn with three feet of offshore moulded sand-dredgers expected!

It looks as though we could be in for a wave drenched if a bit windy weekend!
That first blow through of Autumn should ease as we go into Thursday and Friday, the wave period of those swells lengthening as some proper autumn atlantic swells start to push our way.
North westerly winds are likely to be blowing through Thursday, hopefully becoming lighter throughout the day as the swell builds. By evening we should be seeing some fairly big and lumpy waves rolling through getting into the four or five feet range and being way more solid than it looks.
By Friday the wind should have backed to the south west, allowing those thick and heavy waves to majestically unfold themselves into Harlyn, all thick and hollow and getting into the ‘big’ range.
And that swell, although dropping just a little through the weekend should roll all the way through, building again for the start of the week.
So, a quiet week turns into a grinding weekend full of sand drenched and thumping waves!
It could be good for periods, so keep your eye on it, especially Harlyn!
Have a great week, wherever you are and whatever you’re doing!