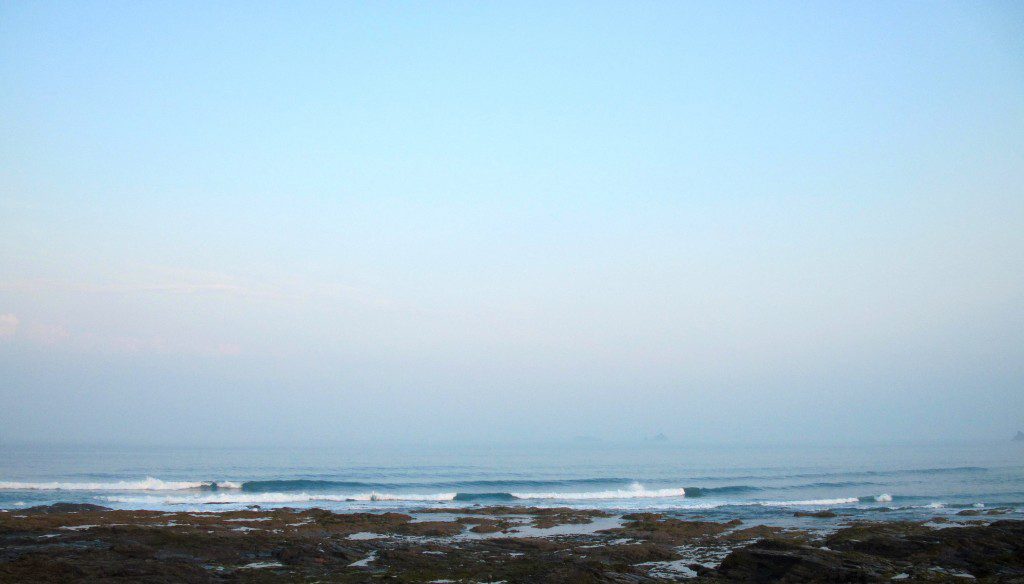 Yep, it’s another fabulous start to what looks like is going to be another fantastic day of fine weather and sunshine.
The surf isn’t bad either!
A couple of feet of sheet glass waves are folding themselves across the back of the Reef this morning, small but beautiful little waves, glistening under the early morning haze of sunshine. The peak further over is shortboardable a couple of hours after low water, so it is likely to improve over the next few hours too. There’s only about four and a half metres of tidal movement today so that isn’t going to play a huge part in changing anything.
So grab your favourite wave rider and glide on down to the bay for lots of summer fun-in-the-sun! 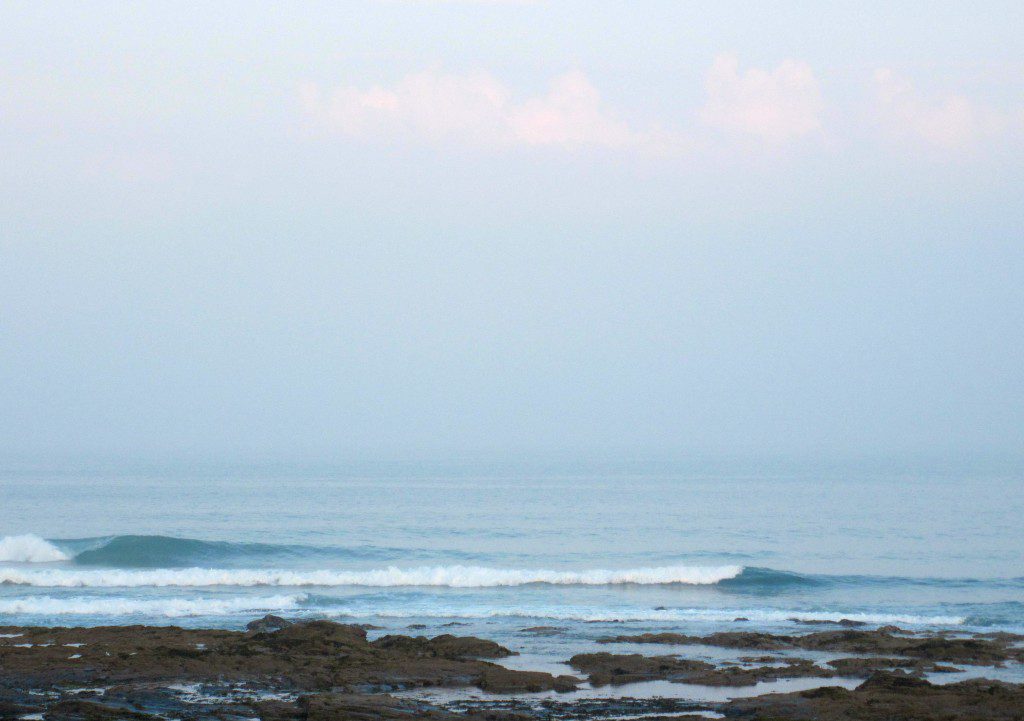 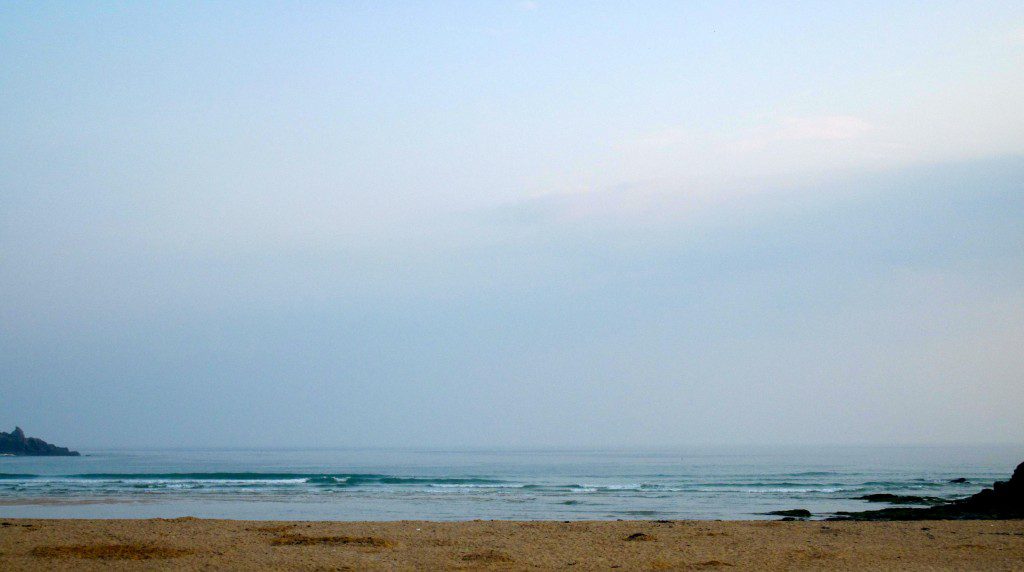 Little waves are washing into the bay here this morning, a foot or os of glassy tricklers.
It is the other side for a surf today, any of the main surf breaks will be bigger and better but there are little knee high and glassy waves washing in today. It’s still the best place to go for a paddle though, SUPing around the headland or grab a rod and slide out in a Kayak for a few. But if you want to surf, the other side is better!

This glorious weather is set for a while yet but the surf is likely to slacken off agin through the day.
Longboard guidable waves are as much as we can expect today with one to two foot surf – if we’re lucky! The wind is likely to be no more than a super light and offshore breeze and the sky is likely to be bright and blue but you are going to have to pick your time for surfing to get the best of it!

These beautiful and warm, summer days seem to be with us for a while to come!
The summer surf doldrums have set in too though. There’s not much out there in the way of swell making storm action to raise any hope for any real surf anytime soon. There is a fairly high isobar’d low parked in a great position to the south west of us that should keep those ankle slappers sliding our way, it’s just a shame that it’s not deepening any.
The most that we can hope for as this fabulously warm and bright week (yet another in a series of warm and bright weeks) rattles by is that we get more of those localised, small and lazy little summer swells to glide a longboard on.
More and more are grabbing the opportunity to paddle out for brief board short sessions too as the water temperature nudges its way past 19 deg C well on its way to 20 deg C.
So, another fantastic summer week slides by but with only small waves to keep us occupied!
Have a great week, wherever you are and whatever you’re doing!