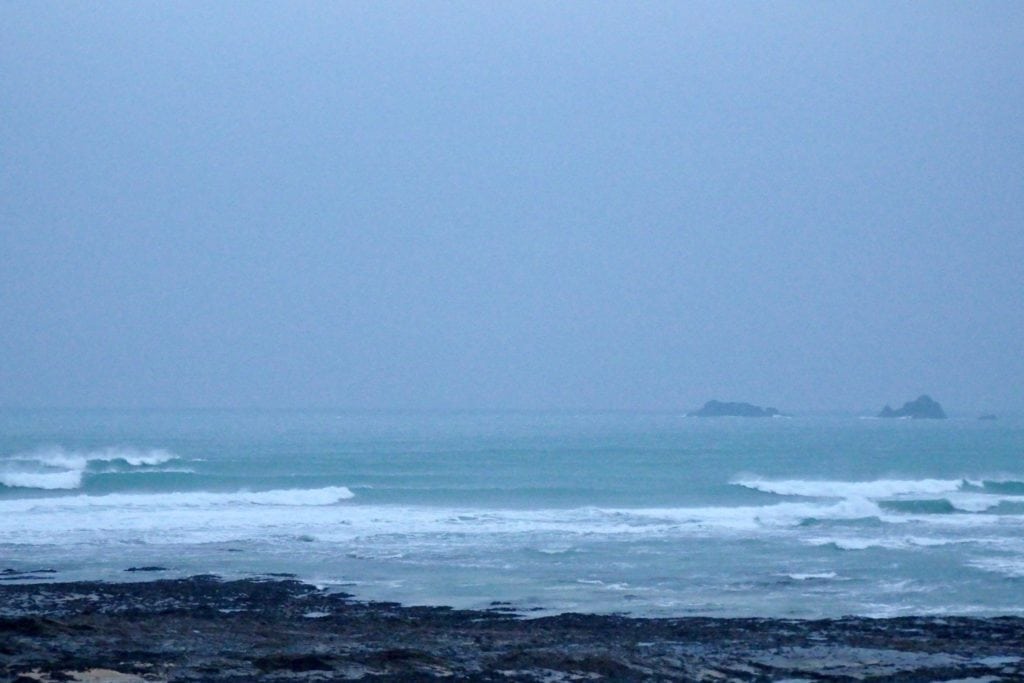 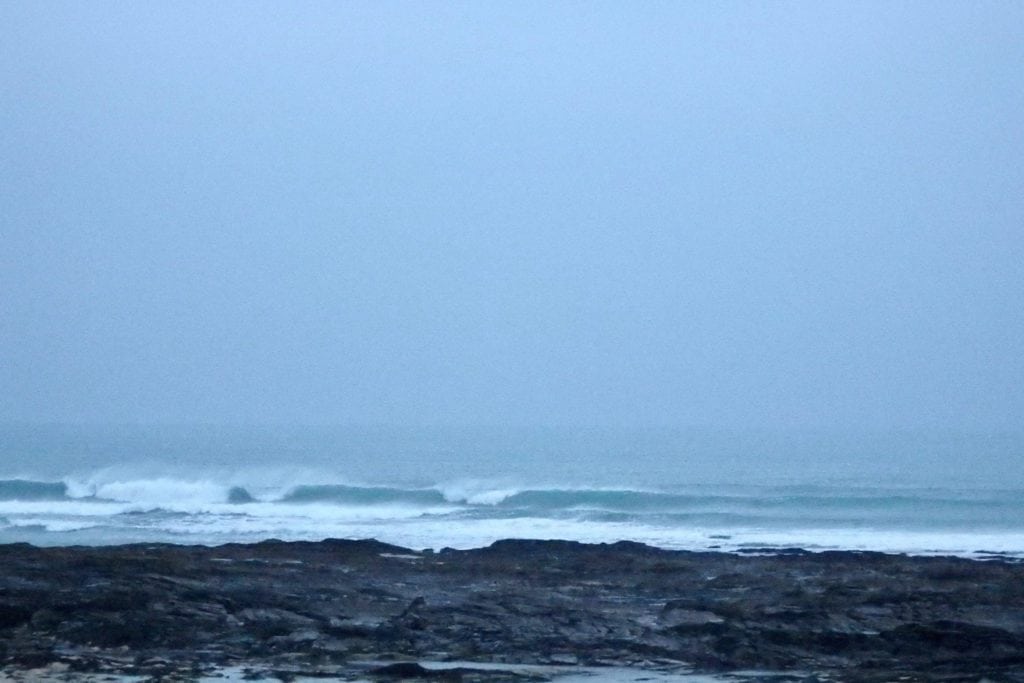 The wind is growling across the fields this morning, a busy south, south easterly, clawing and moaning, buffeting the grey and wintery waves.
Yep, it is a wintery looking and wintery feeling one this morning but the surf is pushing through that wind, at least making an attempt to be interesting.
Three feet of offshore wind-ripped walls are waiting past their best to funnel onto the Reef, standing tall for just that bit too long before collapsing in a heap. But the tide is a bit more than half way out on the drop, so you have to think that conditions will improve on this afternoon’s tide.
And if you can find one of those little corners that are more protected from this blowing wind then you could be in for a real good time! 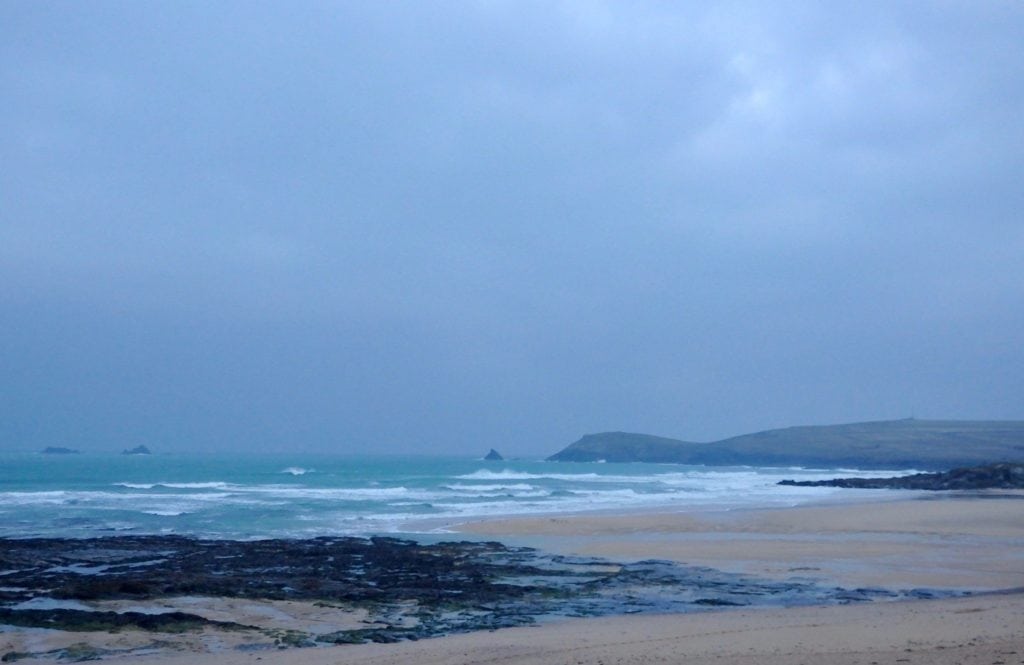 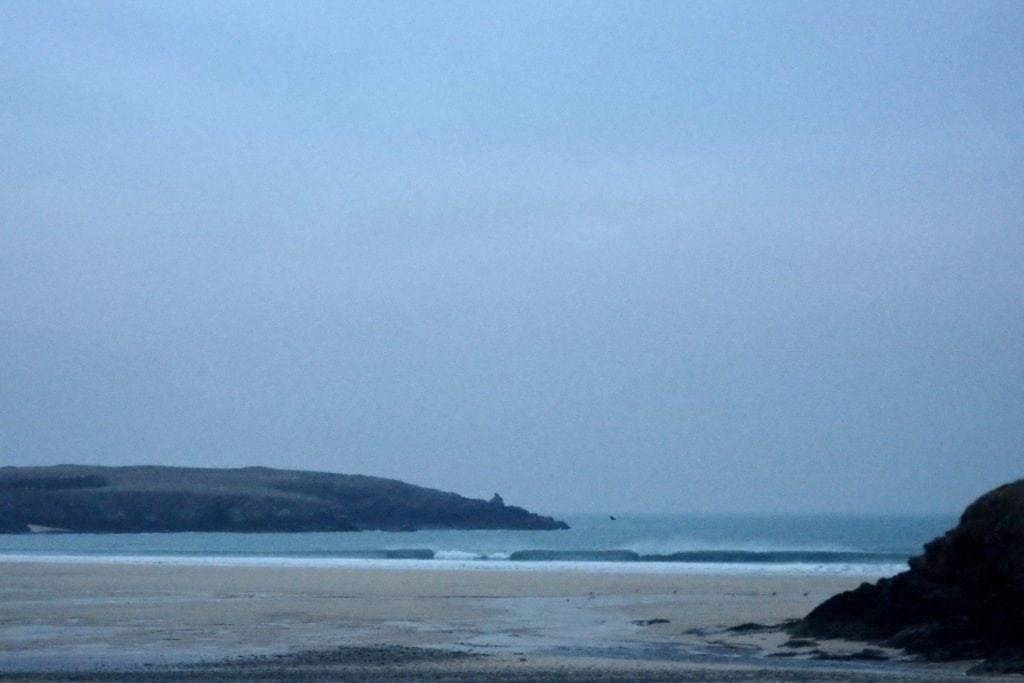 The dropping tide is taking away from the swell around here this morning, allowing only a foot or maybe two of sheer and forceful little waves to line up and dump onto the beach.
This afternoon’s incoming tide should improve conditions while helping the swell too.
I would imagine that there could be some fun and enjoyable little two to three foot waves to play in just before high tide! 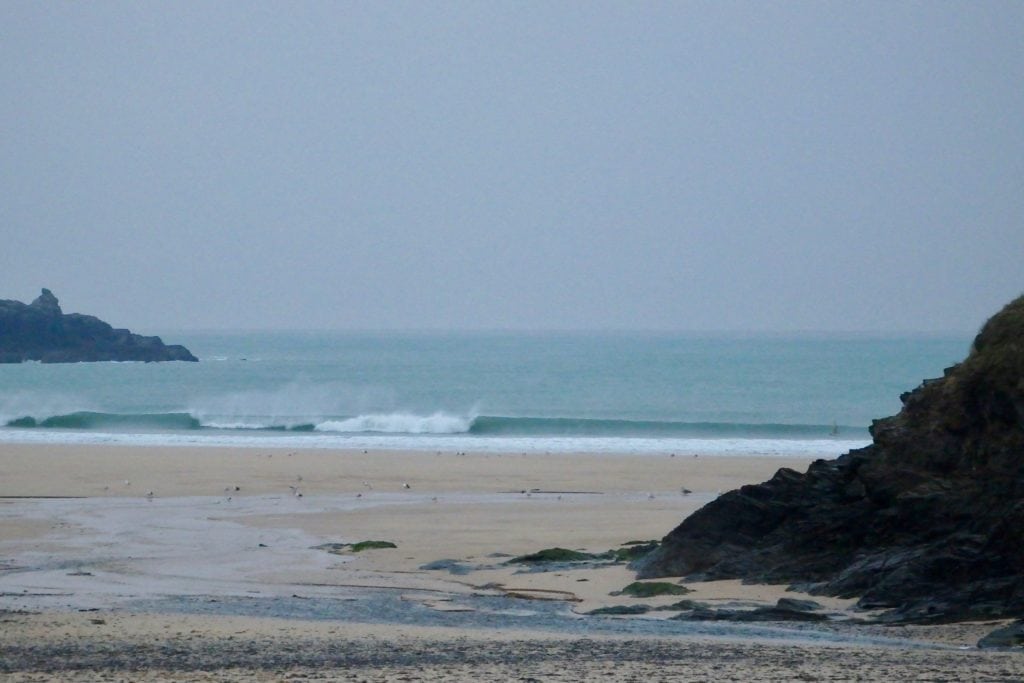 We should be keeping that three feet of swell that has been rolling our way all week and the wind should weaken as we go through the day too.
So the surf could just get really good through this afternoon, those brisk offshores of the morning gradually calming and allowing some clean and smooth waves to peel around the bays.
Eventually but hopefully not until dark, the wind is likely to back more onshore.
But before then we should be enjoying some good surf!

Brisk winds are going to blow in hard through midweek, veering from the south east (offshore) to the south west (onshore at the main breaks, offshore at Harlyn).
But everything is likely to calm fairly quickly, leaving light and variable breezes to drift about through Friday.
A solid and steady four feet or so of swell should continue to push along the coast throughout the back half of the week and well into the weekend, hopefully lighting up Harlyn throughout Saturday and Sunday.
So, Thursday could be a hard blowing, steep barreling, dredging kind of day while Friday, although eventually resorting to a slovenly slop at places other than Harlyn, should start out clean and fun with three feet or of pretty good surf in those lightening offshore winds.
And then Harlyn vies for surf destination of choice for the weekend!
Have a great week, wherever you are and whatever you’re doing!