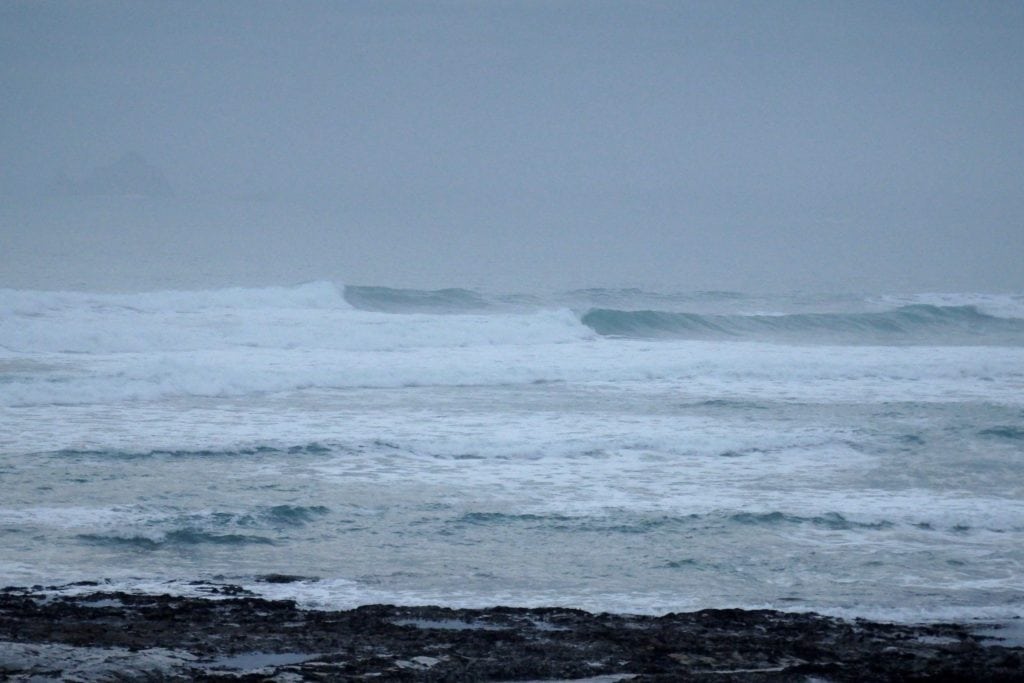 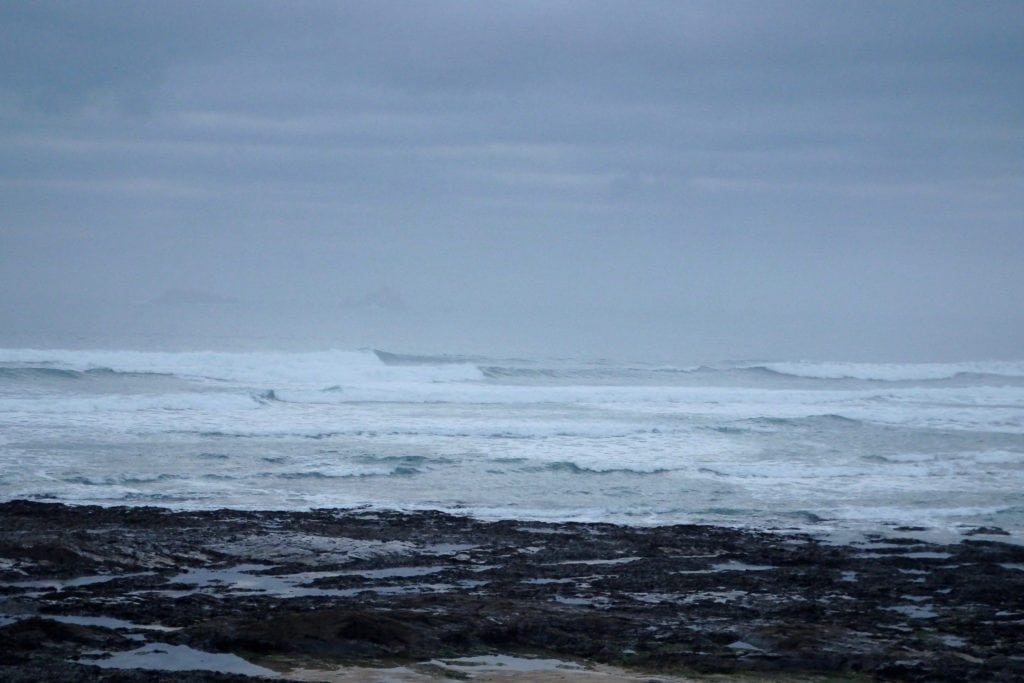 Four feet of glassy but bumpy swell lines are washing through the silver mist of a mild and breathless morning.
The breeze is almost non-existent, lightly whispering in from the west sou’ west and so just adding a light wash to those unfurling waves.
It’s looking good again though, really very good!
So it’s another day when you can just choose your favourite break, wax your favourite board and #gosurfnow! 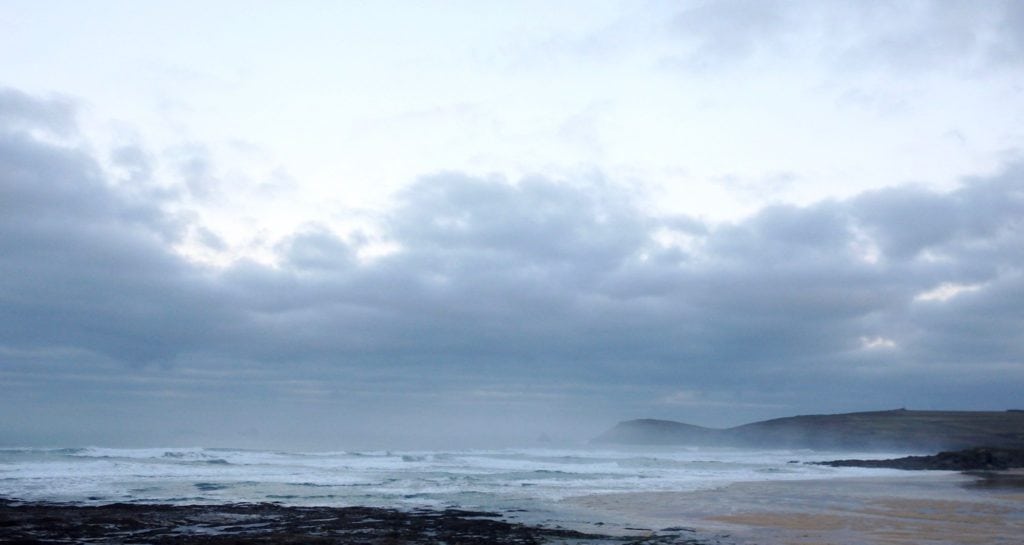 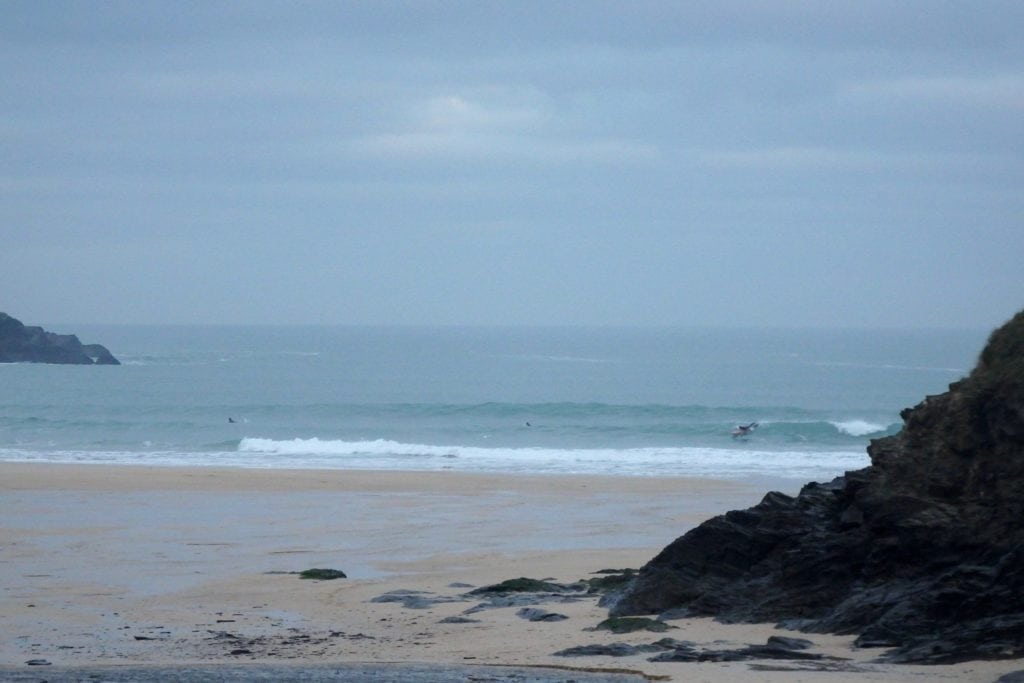 A couple to three feet of oilly smooth waves are crashing ashore here today too.
It is very ‘setty’ but when those sets do come rolling in then it looks like loads of fun!
There’s a big afternoon tide that will push the swell up a little too, so if the other side is a bit too much again, or if you just prefer the ragtag palyfulness of Harlyn in the school holidays then this is the place for you today! 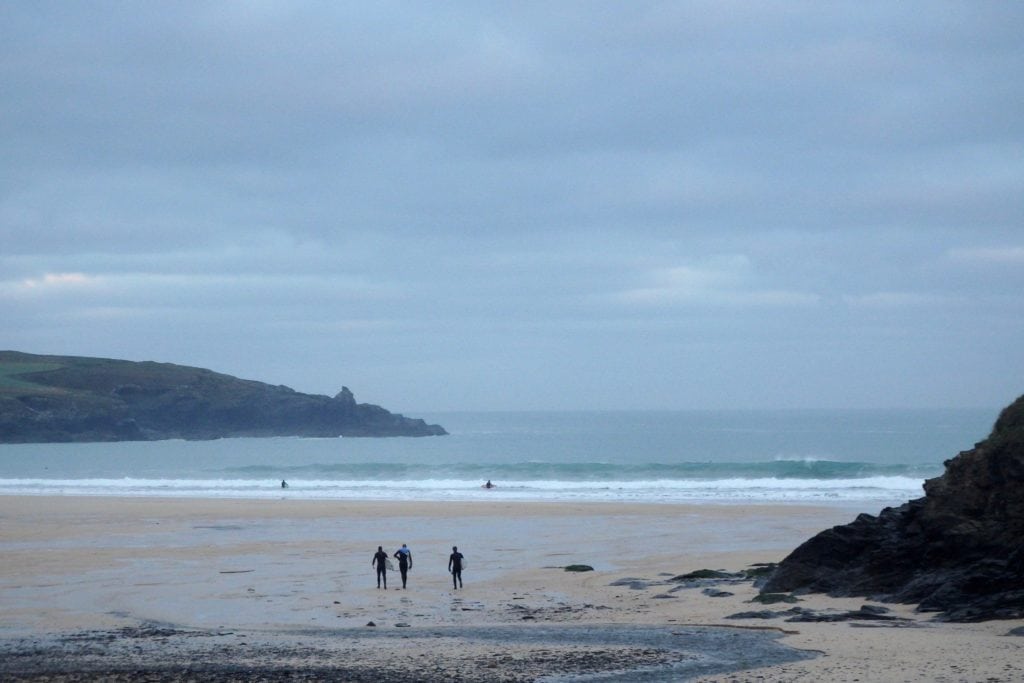 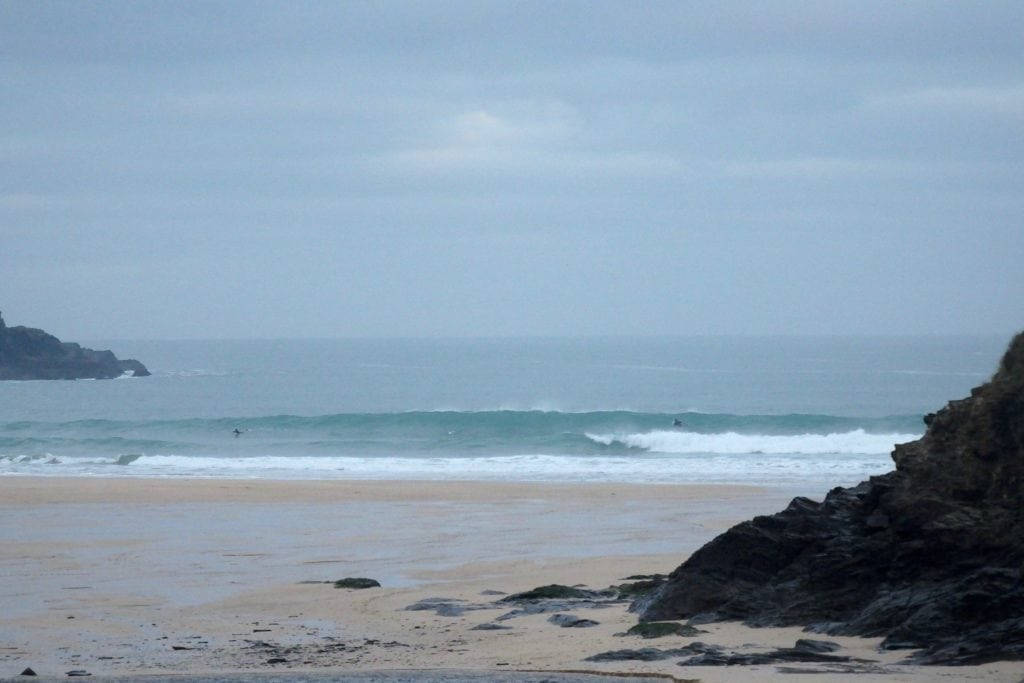 Light south westerly winds along with three fete of rolling swell are going to combine to offer you the choice between a super clean day at Harlyn with snappy little hollow ones,. or more bumpy and crumblier but bigger conditions on the west side of the headland.
So there should be p;entry of waves to go around and plenty of choice too!

The winds look set to change direction for this New Year’s weekend, lightly blowing in from the south west through Friday and Saturday, backing north westerly through Sunday, then north easterly through Monday.
And there should be plenty of swells rolling through the entire weekend too!
So for Saturday, Harlyn is looking promising at three feet and bigger, the wind offshore here and so making for some hollow ones.
By Sunday it looks like the wind will be onshore (and chilly too!) but only light. So we’ll have the choice between bigger and bumpy waves at the main surf breaks or smaller but still bumpy waves at the more sheltered spots to celebrate the start of 2017.
And then the first week of the year should start out with small but clean, offshore conditions, a hard blowing north easterly wind maybe blowing too hard through Monday but easing off as we go into midweek.
Have a great New Year’s Weekend, wherever you are and whatever you’re doing!