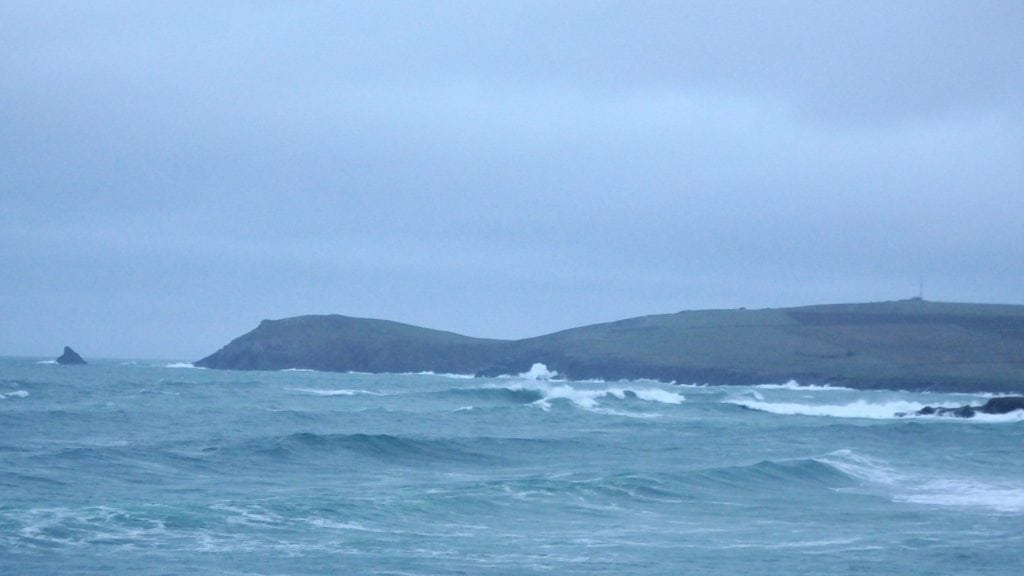 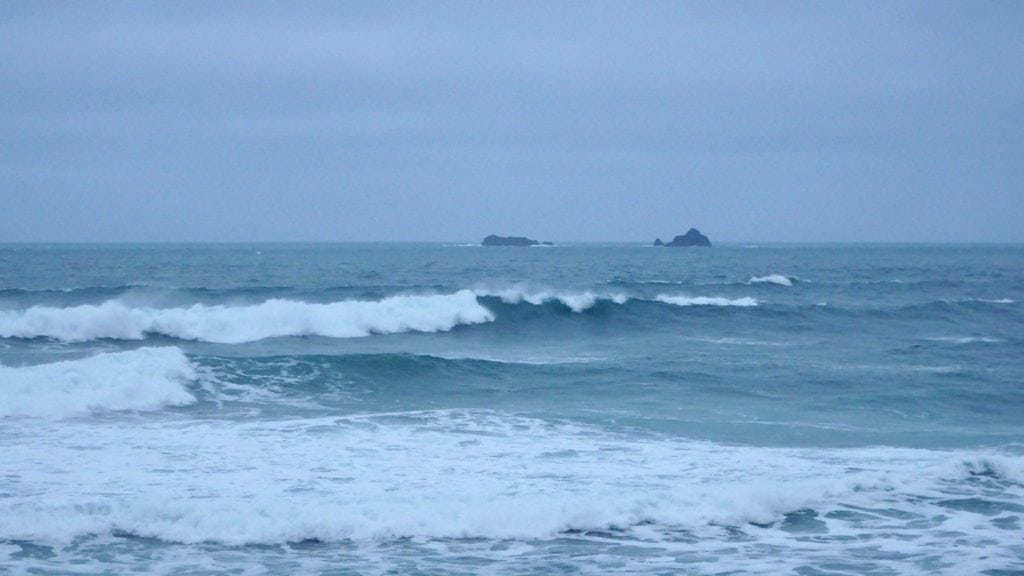 Ah, another wet and grey and windy morning is doing its best to put you off getting out there again this morning but it’s mild enough and has that cosy feeling to it once you make the effort.
There’s three to four feet of lumpy swell bouncing around the bay just before high tide, the wind blustering in from the south south west and making a bit of mess of it all.
It looks like it might be a day for surfing at Harlyn!….. 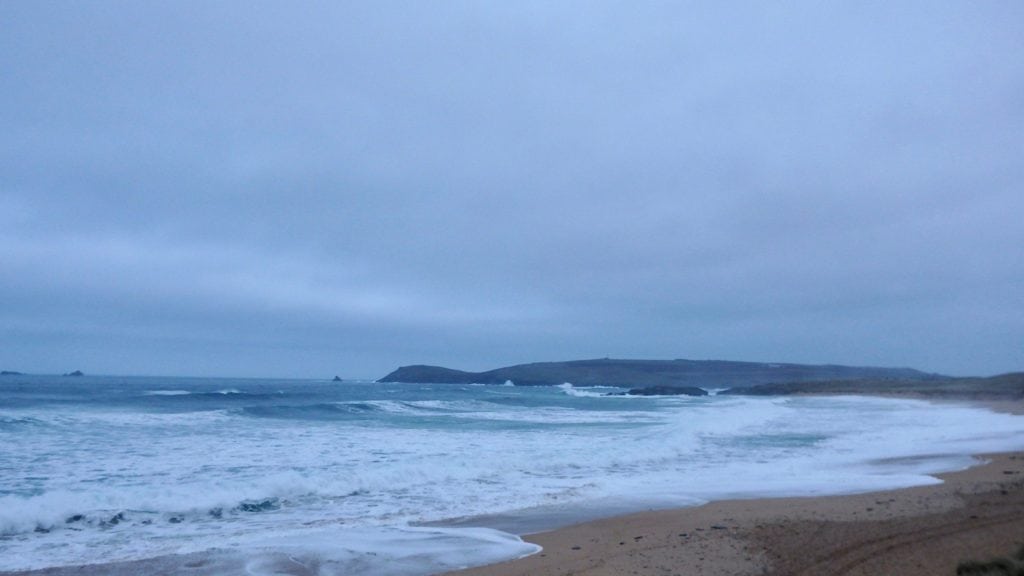 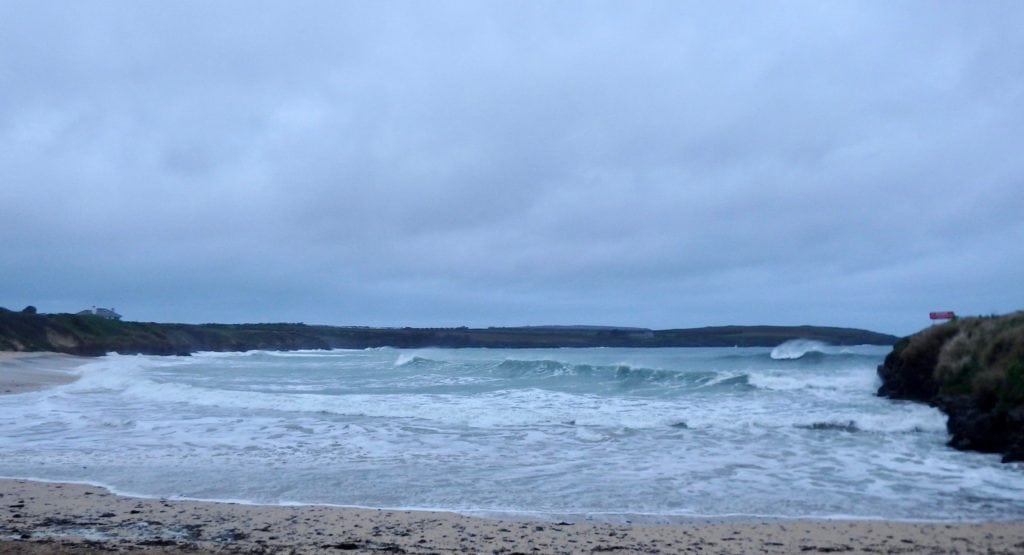 A couple to three feet of offshore windswept peaks are shuffling into the high tide trench this morning, some bigger sets almost breaking with some interest.
Give it a couple of hours for the tide to drop out and we should be seeing something much sharper and crunchier with hopefully a half decent there feet of hollow and smooth surf to play in!
This evening’s incoming tide should see a lot of improvement too! 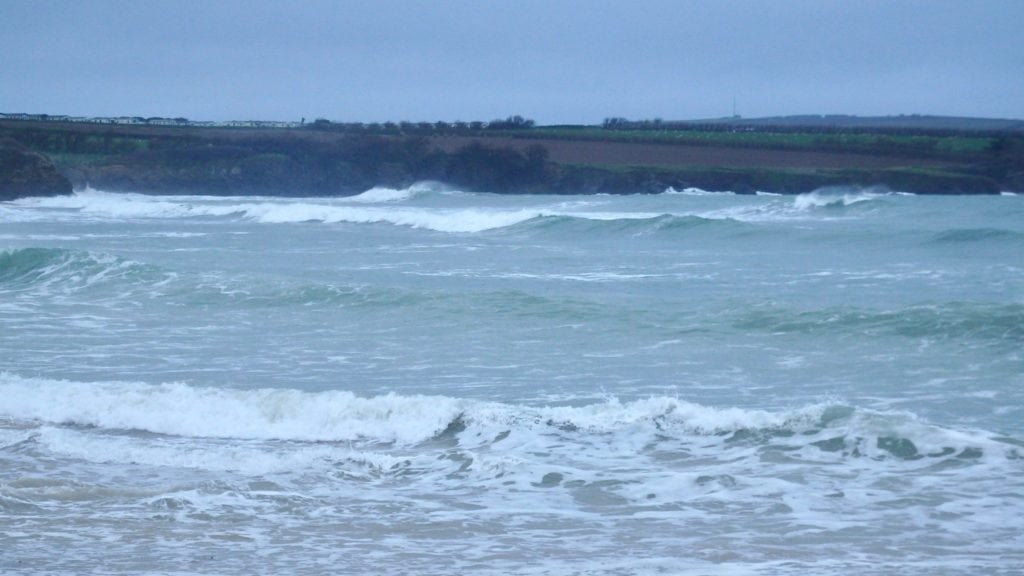 Strong south westerly winds and a thick, rolling four to six feet of more wintery swell should send us scurrying around to Harlyn in search of some decent surf today!
Yep, I think that it’s safe to assume that we’ll be dropping in on some three to four feet of Harlyn hollowness all day long!