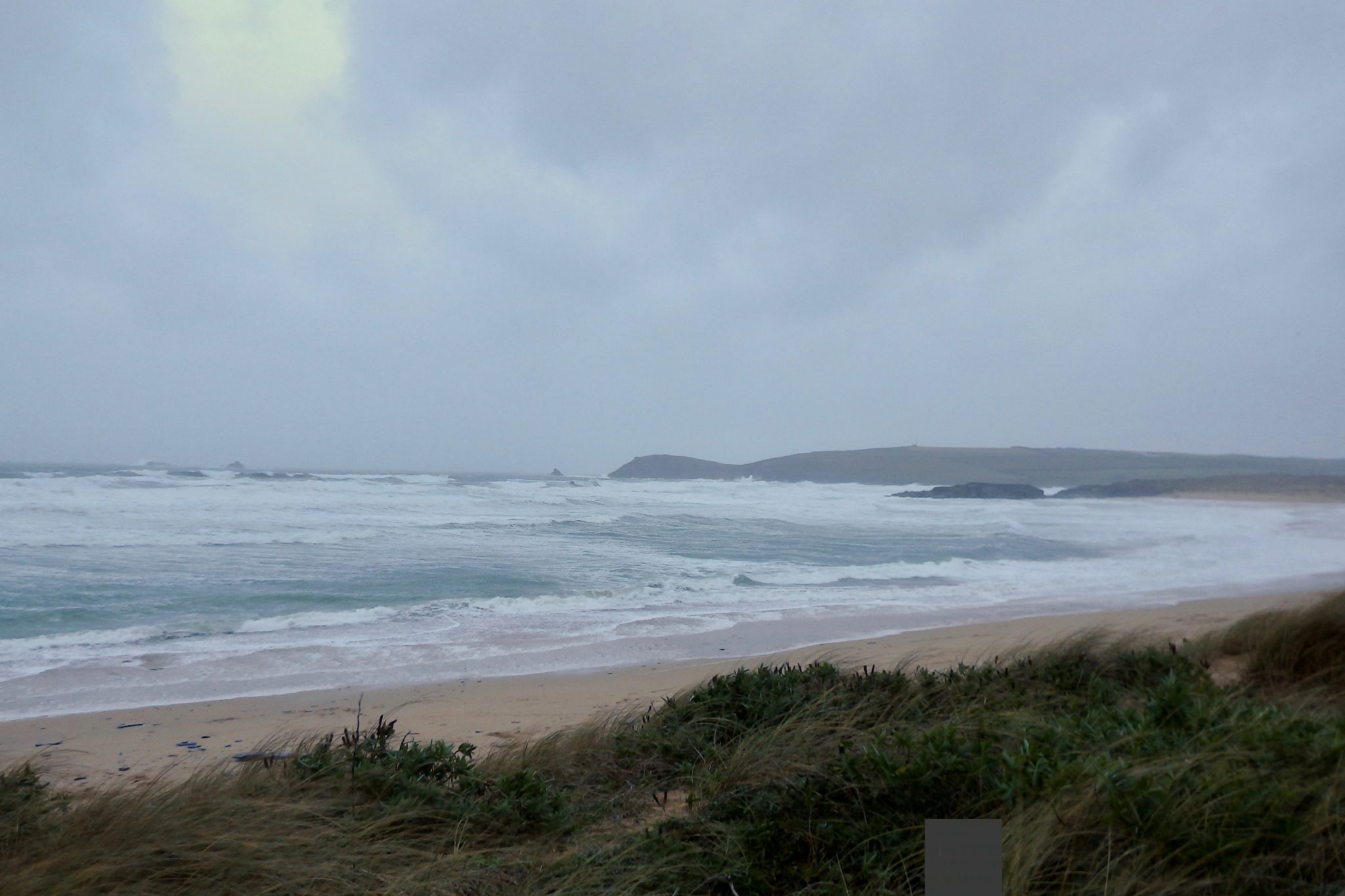 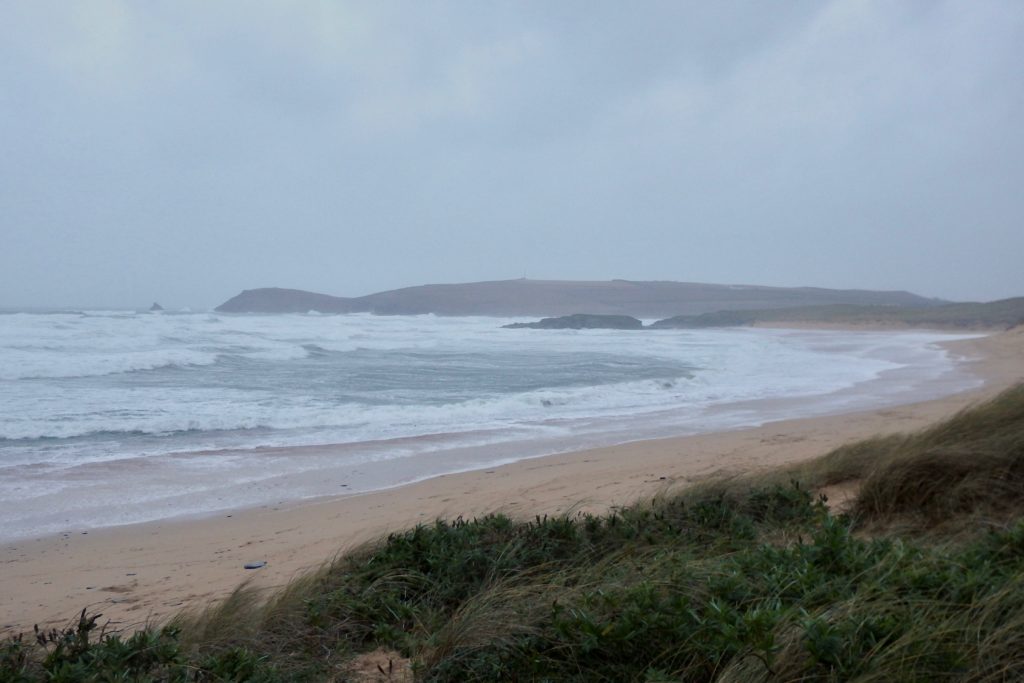 A howling wind and torrential rain accompanied me across Bodmin Moor this morning on an early morning errand but at least the rain has now eased. The wind is still howling though, a stormy westerly blast shaking down the beach and trashing the ten feet or more of still violent looking surf.
Those waves are smaller than yesterday’s monsters but that’s not saying a lot, it is still huge out there and is probably a place that most people (wisely) just do not want to go. Equally it is also quite energising and strangely pleasant too.
But we are not going to be surfing here today, that’s for certain! 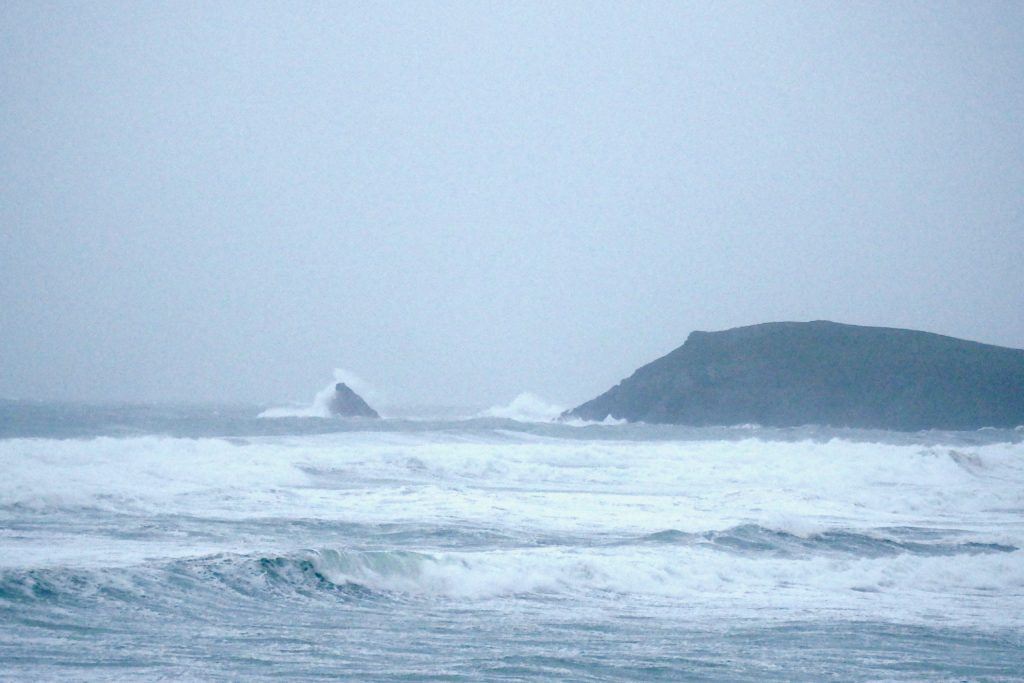 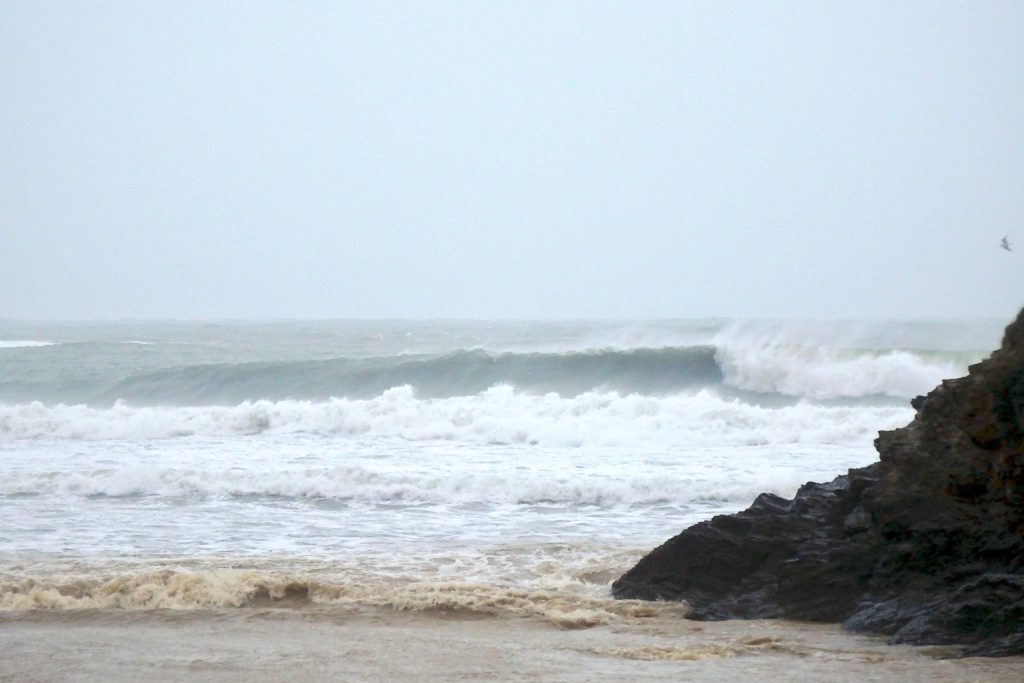 Eight feet plus of thick and angry looking waves are booming into the bay this morning, the outward tug of the dropping tide causing some of those already beefy waves to be even more angry and cavernous. Some of those sucking and spitting waves look like they want to eat you and given half a chance they will!
It’s not the place for a casual surf today agin but low tide might just reveal a few tamer monsters if that’s your thing!? 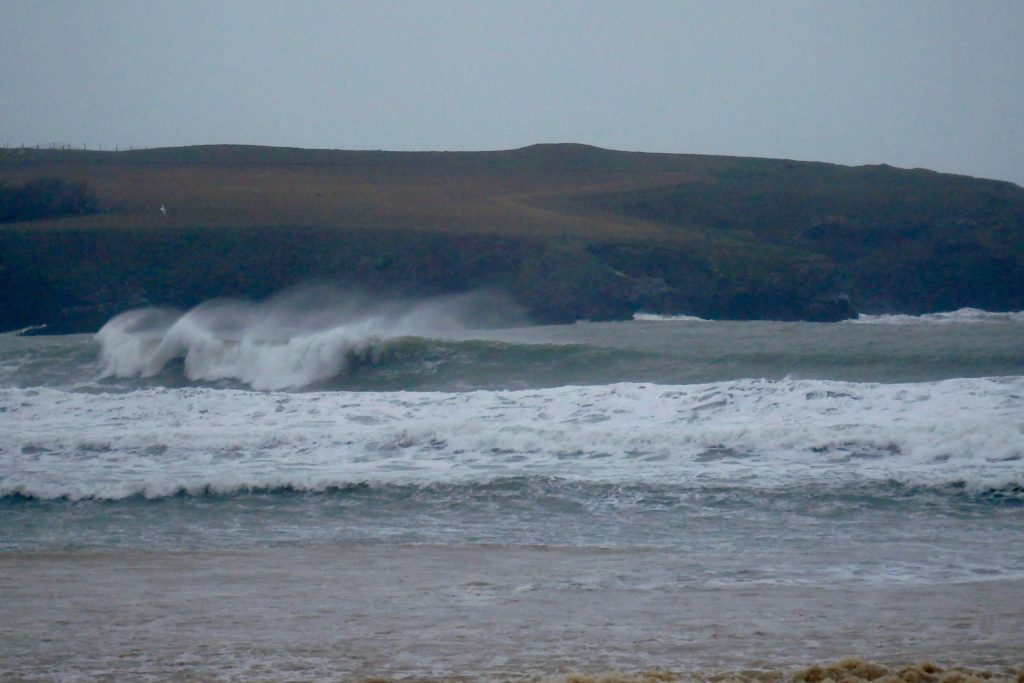 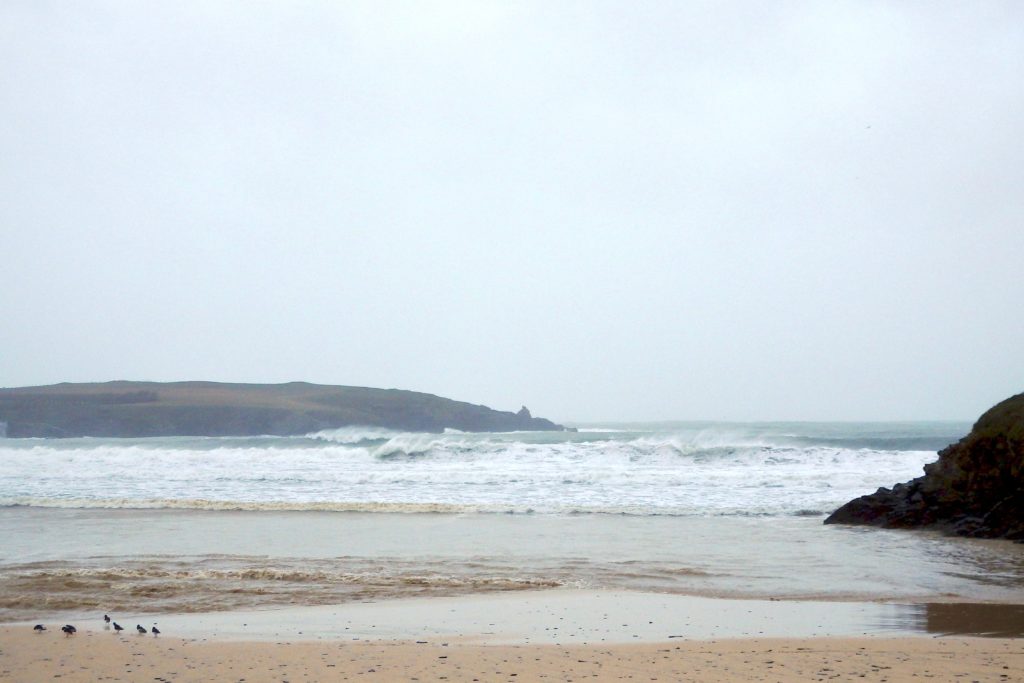 Calming winds should start to allow some shape to creep into those still big, still heavy and still thumping waves that will be powering our way.
By mid afternoon I’m hoping that the wind will have eased to more of a steady sou’ westerly, allowing Harlyn to smarten up its act.
Low tide could just see some sparklingly clean and still thick and heavy barrels spitting their way onto the sand.
Yep, Harlyn could just get very good this afternoon!

Storm Eleanor is going to be leaving her mark for a couple of days yet, with mighty swells grinding along our coast, throwing huge waves into our bays and onto our beaches while those storm force winds will only gradually ease staying gale force and onshore as the first week of the year roars its way onto the calendar.
And then the wind should finally ease.
Ease and switch.
Saturday could just bring epic surfing conditions to the north coast of Cornwall with those big old swells from Eleanor being groomed and manicured by the calmer, offshore, north easterly winds. Bright but cold sunshine and pristine, churning and barrelling waves will tempt us all in but remember that it is likely to be bigger and more powerful than it looks.
Those strong north easterly winds are going to shrink the swell size, especially through Sunday but we should still be enjoying a decent couple to three feet of offshore shaped winter surf!
Have a great weekend, wherever you are and whatever you’re doing!