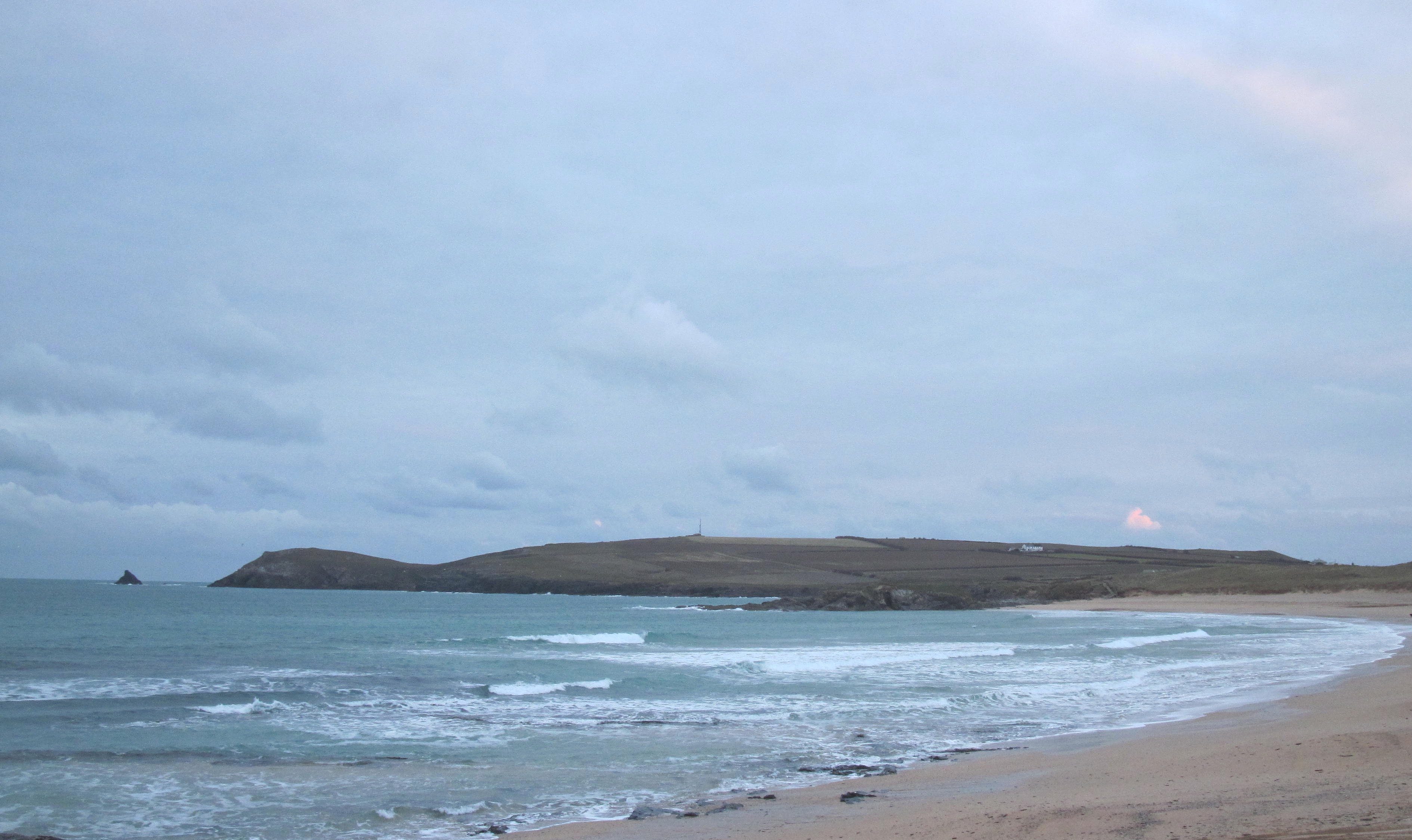 The wind is brisk again today, just slightly more northerly than the last couple of days but still with enough east to it to be just offshore.
The surf has dropped, a couple of feet of wintery looking but surfable and fun looking waves are pushing into the bay, the grey/blue sky reflecting, the wind scarred ripples lining those wave faces.
It could be more fun if you can dip out of the wind, it’s not howling or anything near but there is a winter bite to it, a wetsuit chaffing sting.
This afternoon’s incoming tide should be fun again with maybe some lighter and brighter weather as well and it does seem to be staying lighter now too, just for those extra few minutes that suddenly make all the difference! 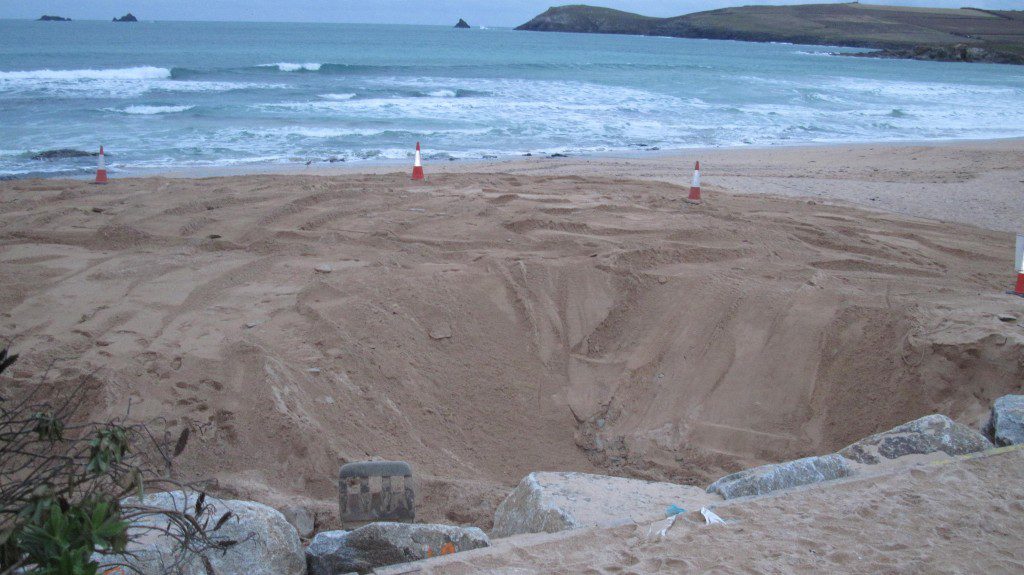 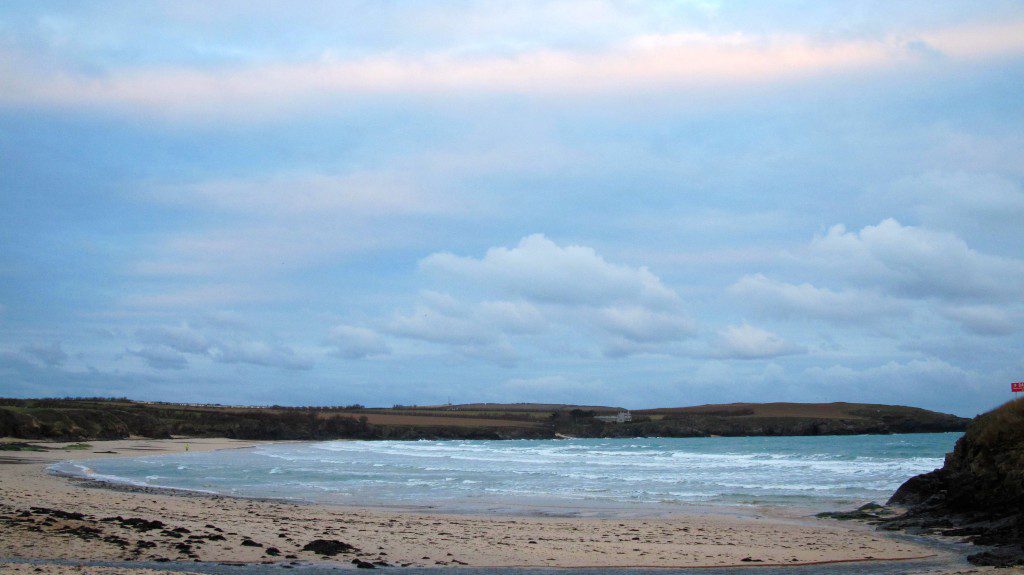 Nope, it’s tiny around here again this morning, well, pretty much flat really and the wind is hard enough onshore to make it lose any attractiveness that you might have hoped for.
Six inch to one foot, washed out and choppy wavelets are washing ashore a couple of hours after high tide, all grey looking and sloppy.
The other side of the headland looks like Hawaii in comparison (and it’s only a couple of feet over there!)! 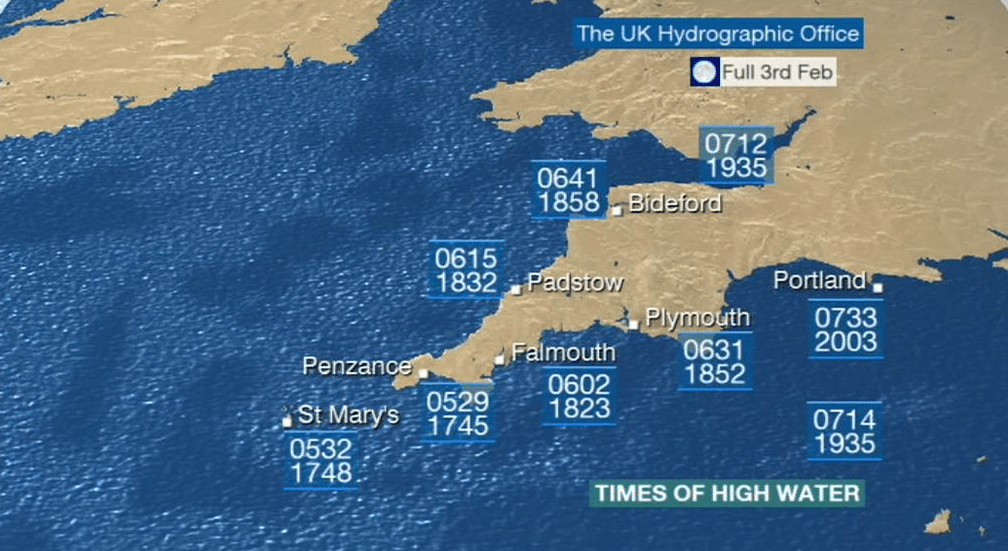 Hang on, this could be a tricky one… oh no, it’s the same again!
A couple of feet of offshore surf rolling in against a fresh north easterly. It’s going to be cold though, really, really cold! But bright and sunny too.

This week has been much calmer and brighter but a whole lot colder than those last few weeks of incessant storms!
But it is still cold and it’s about to get real cold!
The wind has parked itself to the north and east, those air streams bringing properly cold air all the way across to us from cold, cold lands. But they are much lighter than recent weeks too and far better for wave shaping.
A steady but smallish swell is due through the rest of the week, the wind easing to a fairly light breeze each morning, freshening offshore through the afternoon. That should light up all of our favoured surf breaks, especially HTC for the crew.
We should enjoy some bright winter sunshine for long periods too, although it might be grey and murky for a while through Thursday. Even in the sunshine though that wind will still have enough sting and bite to it to pierce your wetsuit if you have a gap!
While the wind settles to the north east all the way through the week’s end and into the start of next week, the swell is likely to ease, dropping to just a couple of feet, staying that way throughout the weekend.
Yep, we should be in for a good weekend of cold water surfing in smallish but clean waves with some bright and cheerful weather. It is likely to be pretty much two to three feet and offshore for the foreseeable!
Have a great week, wherever you are and whatever you’re doing!