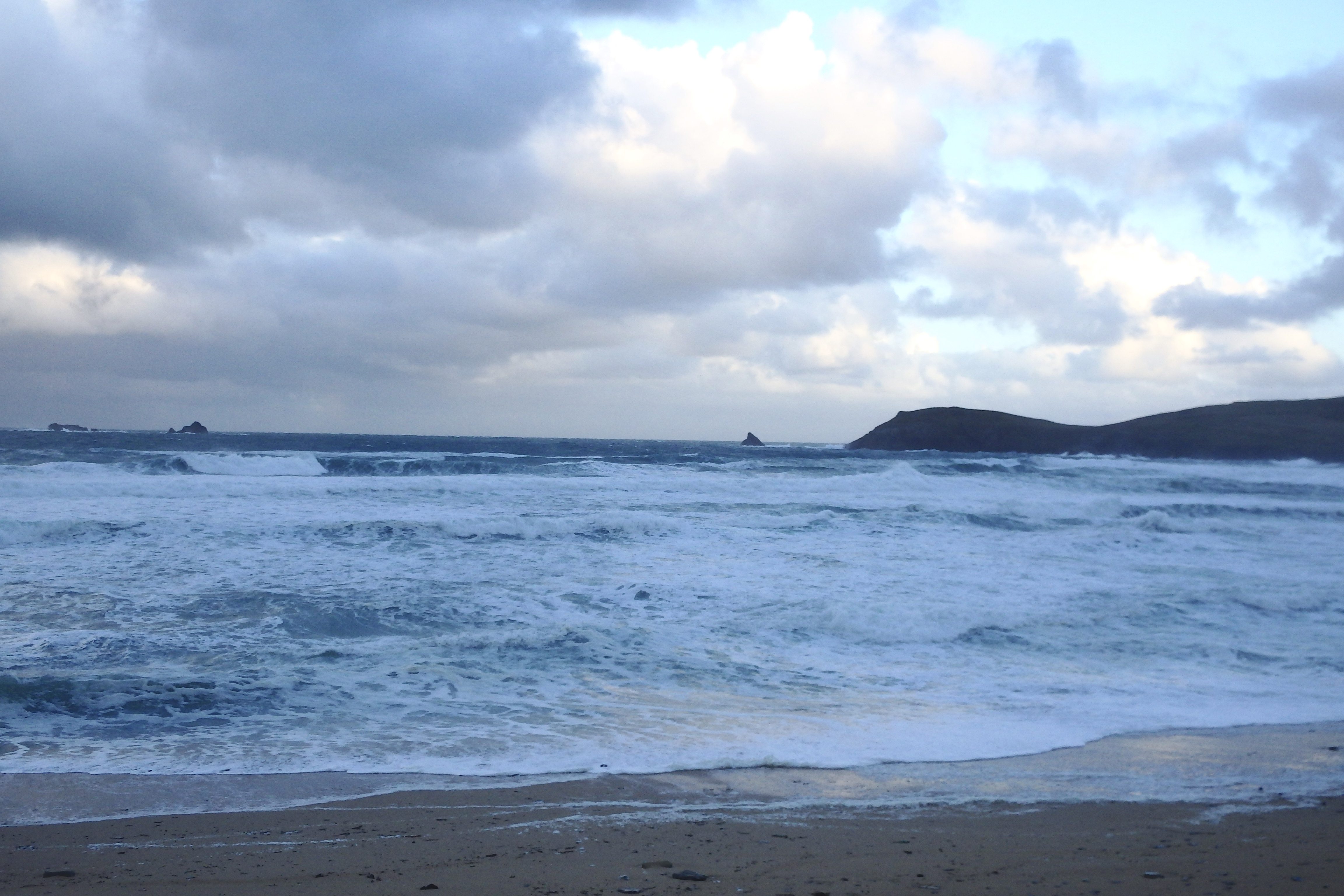 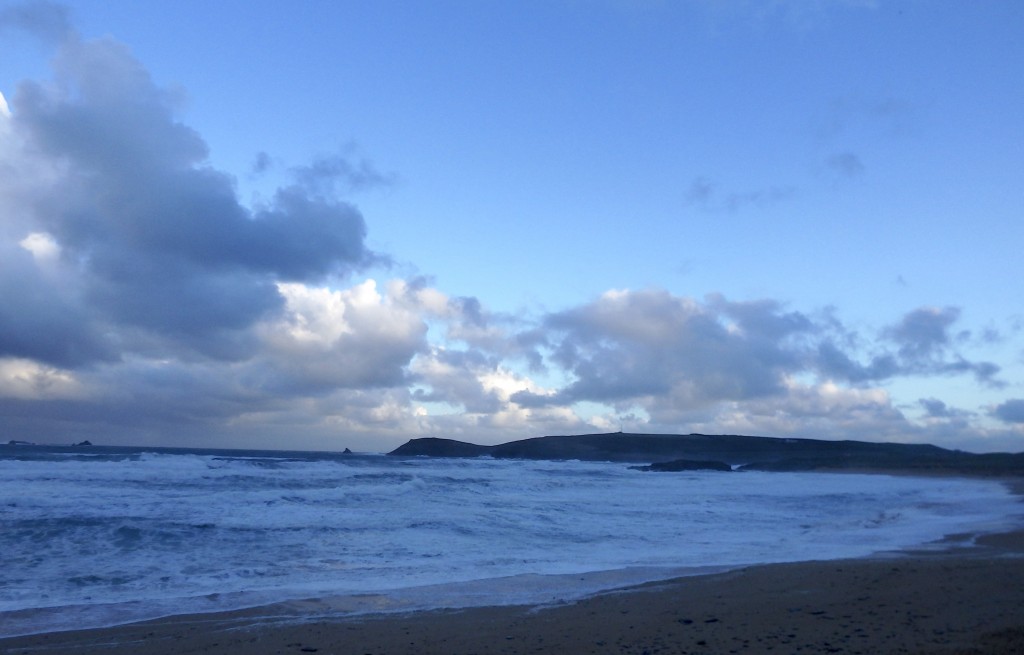 And the wind howls on!
That screeching and screaming nor’ wester continues to batter its way into the bays, a direct onshore blast, all cold and gnawing and uncomfortable.
And so the quite big surf is being flattened and chopped, a grey and white streaked ocean of madness churning wildly in the bay.
It might be six feet or eight feet but that doesn’t matter, it’s not rideable! 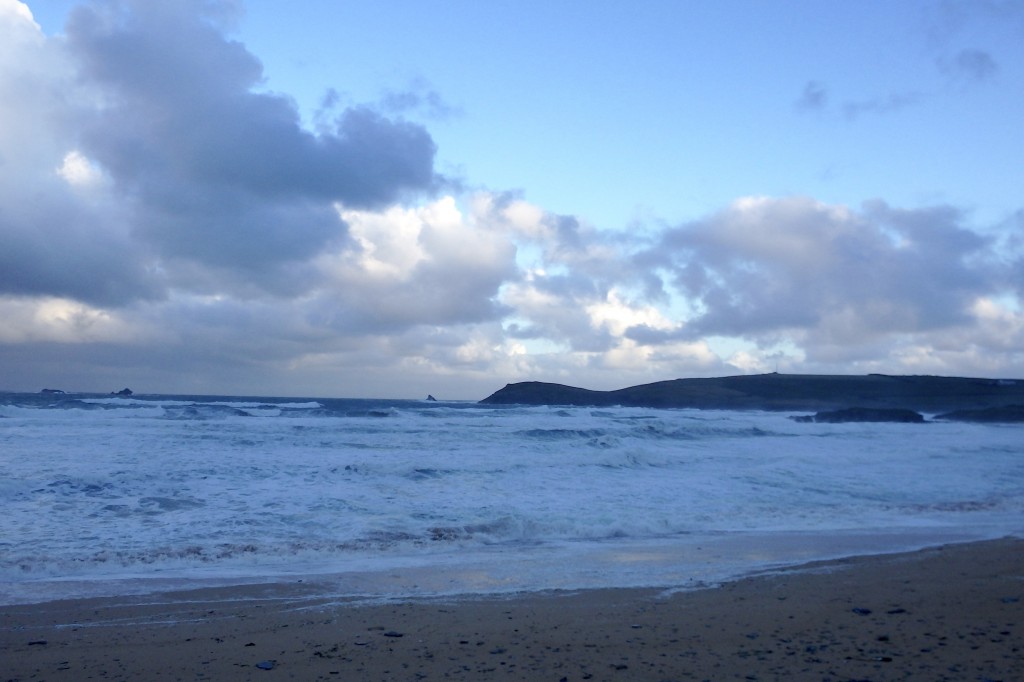 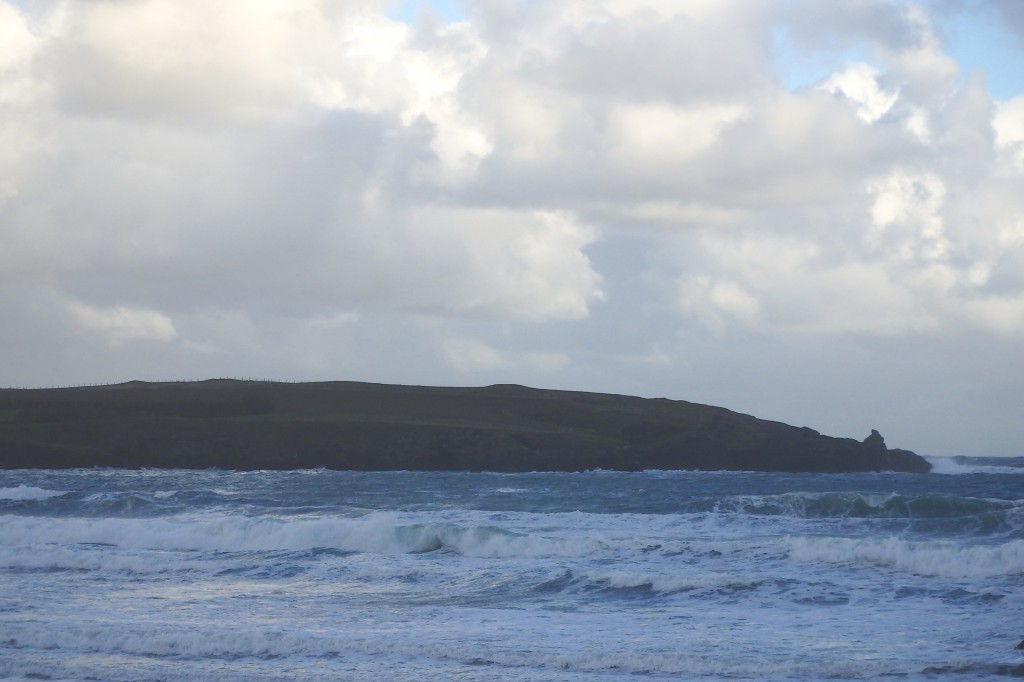 The wind is howling in at Harlyn too, driving three to four feet of madly chopped out surf to the beach.
It’s wild and raggedy, a mishmash of dark and broken waves washing ashore, the whitewater whiteness streaked across an otherwise grey background of beach and sea and sky.
South Coast anyone? 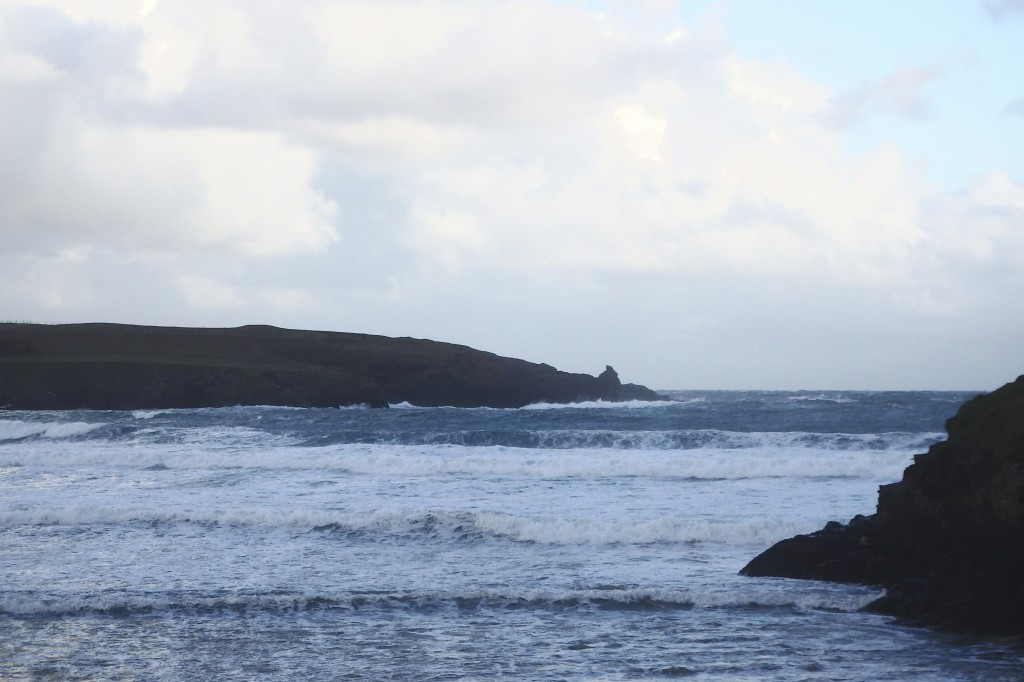 Well the wind should have eased but it is all relative!
A brisk north westerly wind will continue to blow in, not with the brutal strength of the last few days but strong enough to trash the three to four feet of mixed up and messed up swell.
The wind might just back to the south west by early afternoon which will allow Harlyn to clean itself up at least a little!
Otherwise it looks like another bright but blustery day to end the week.

Those growling onshore winds are going to take us into the weekend with a fresh westerly wind blowing in on Saturday morning, making a mess of the bigger swell.
Starting out south westerly, allowing some clean and pleasant three to four feet of surf at Harlyn, the wind will probably be north westerly by lunchtime, making a mess of the surf all along the coast through the afternoon.
The weather should be reasonably bright but with a constant threat of something darker and wetter nearby for most of the time…
But by Sunday we might just be enjoying a south easterly wind briskly blowing offshore at all of our main breaks. It is likely to be a grey and damp one with some extended periods of rain but the swell is likely to be in the ‘large’ range still, making for some testing surf to ride at some of those more exposed spots.
It could be worth getting on it fairly early, the wind might just blow too strongly as the day goes on.
And then the start of the week is looking a little more promising with lighter offshores and a still lively swell to get us going!
Have a great weekend, wherever you are and whatever you’re doing!