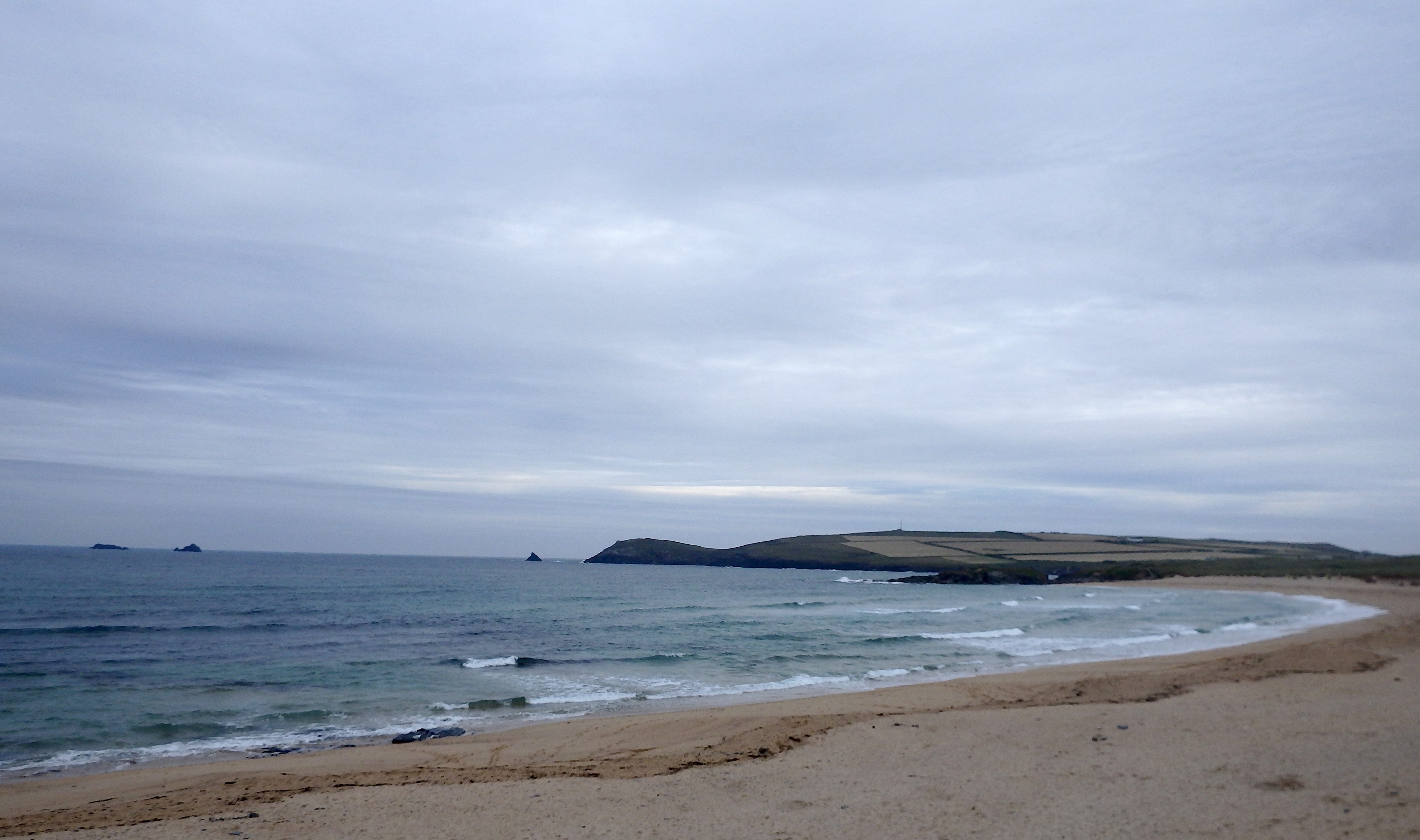 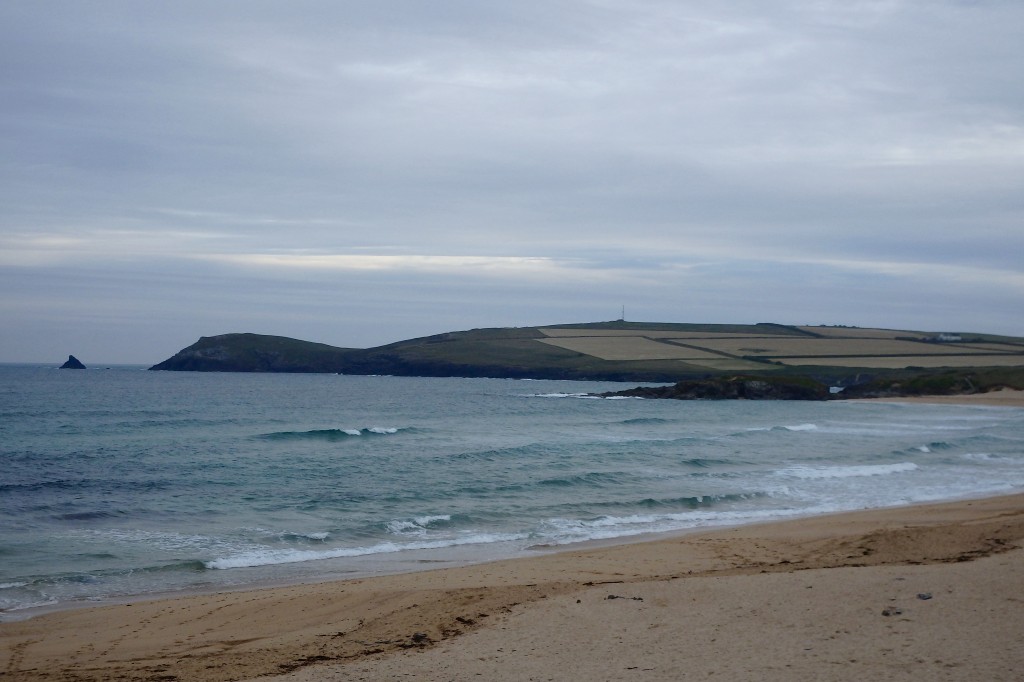 A warm but dull and fairly overcast morning is failing to thrill today, although there are some brighter patches in that otherwise drab sky perhaps promising something better later?
And the surf isn’t all that either.
A foot or two of fairly weak and shapeless little waves are washing into the bay, that little pre-high sandbar trying to focus something extra into them, the breeze fairly light and onshore, south westerly.
We should see a start to a new swell on this afternoon’s tide, the wave size increasing a little while the wave period stretches too. As long as the wind doesn’t strengthen too much we could be enjoying something better later! 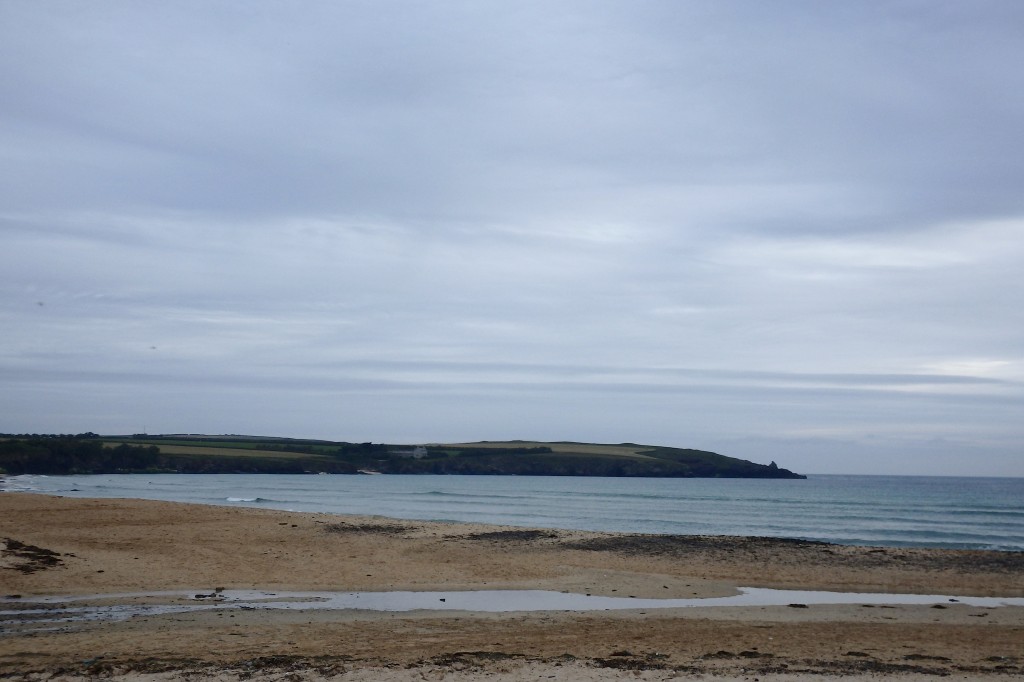 It’s pretty much flat at Harlyn today with only tiny little lines of prettily shaped wavelets washing onto the high tide sand bank.
The dropping tide is likely to weaken those waves even more before a new swell starts to show itself, hopefully on this afternoon’s tide.
In the meantime though if you want to go for a surf then you’re going to have to go back over the headland! 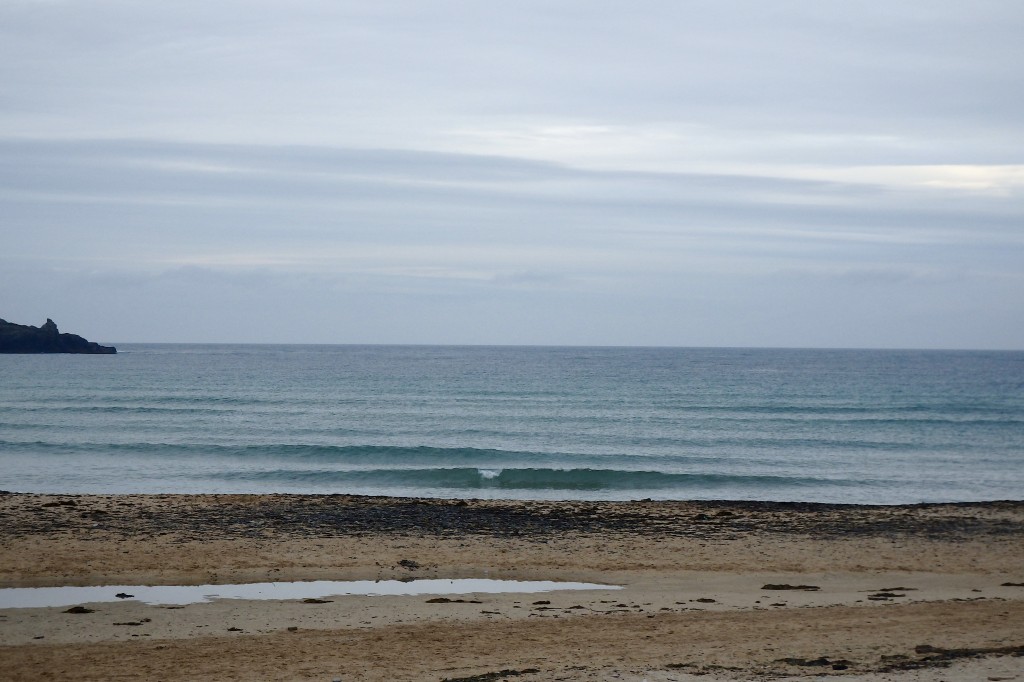 A new little swell should be rolling our way today, still only in the three foot range and with a westerlyish wind to bump it up a bit but hopefully very surfable and with some half decent weather too.
It should be one of those ‘fun but nothing too special’ kind of days today!

The back half of this week is likely to be a bit mixed, those onshore, westerly and south westerly winds bringing a lot of warm air up from the continent while attracting some dampness later as well.
A short lived little swell should show itself through Thursday afternoon and evening as the breeze dies down.
That swell is likely to slowly diminish again through Friday before another bigger swell starts to roll our way later on Saturday.
With that strong weekend swell will come some strong south westerly winds, probably strengthening over Saturday evening and through Sunday. And so we can assume that a lot of this weekend will be spent surfing Harlyn in crisp and sharp three to four to five feet and offshore blown crunchers!
It could just get quite good through Saturday and into Sunday, only slowly weakening as we go into next week.
Have a great weekend, wherever you are and whatever you’re doing!