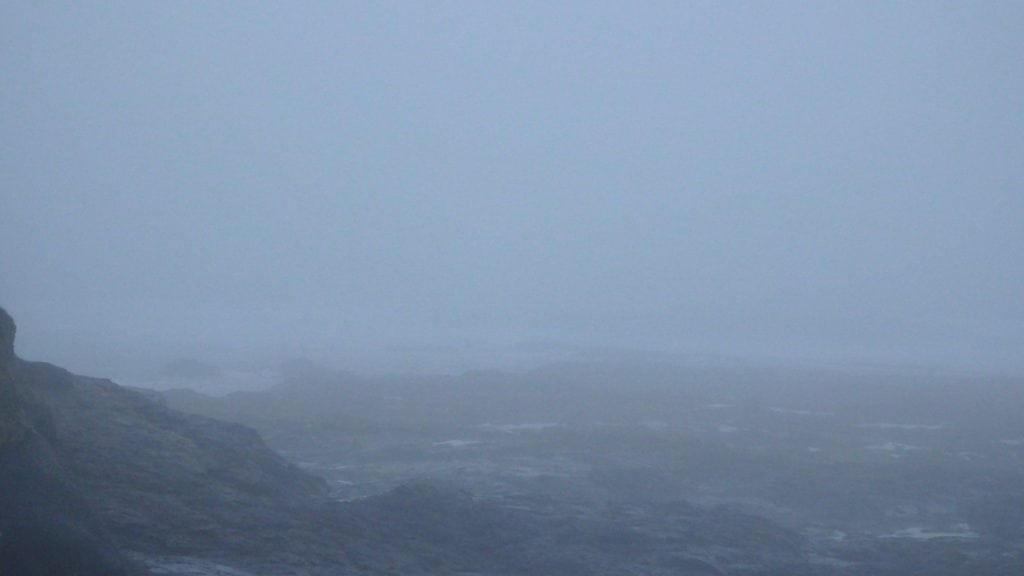 Well, the wind has dropped but other than that….
It’s a murky, mizzly, dull and dreary one this morning, the sky, sea and sand merging into a blur of dampness.
With pretty much zero visibility out there it’s difficult to tell for certain but it sounds as though there’s three to four feet of easygoing surf spilling into the bay. It has that feel that it’s not going to change anytime soon either.
Although the breeze could very well switch to the south or south east this afternoon and that might just push the murk away to reveal some nice surf!
Maybe. 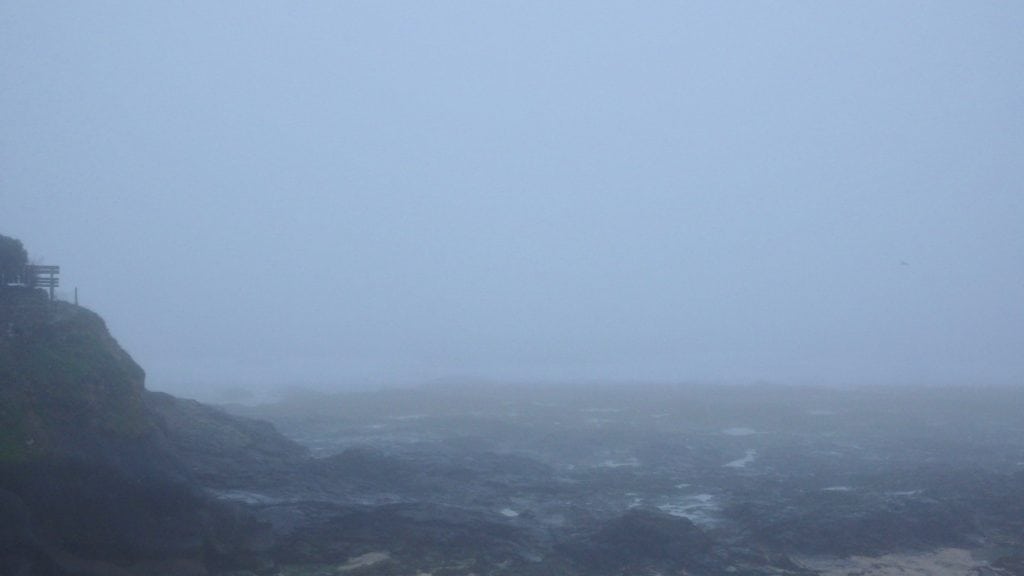 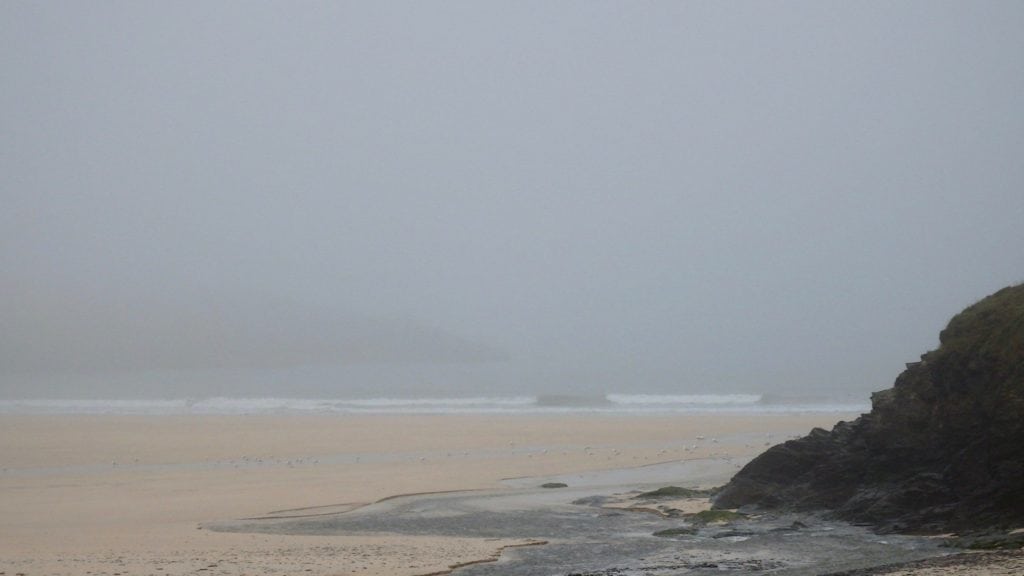 It’s all a little clearer around here this morning but only a little!
A foot or two of fairly glassy close-outs can be seen snapping ashore with a little shimmer of optimism breaking off the Rock occasionally.
Visibility is almost non-existent so if you do get lured in be careful! 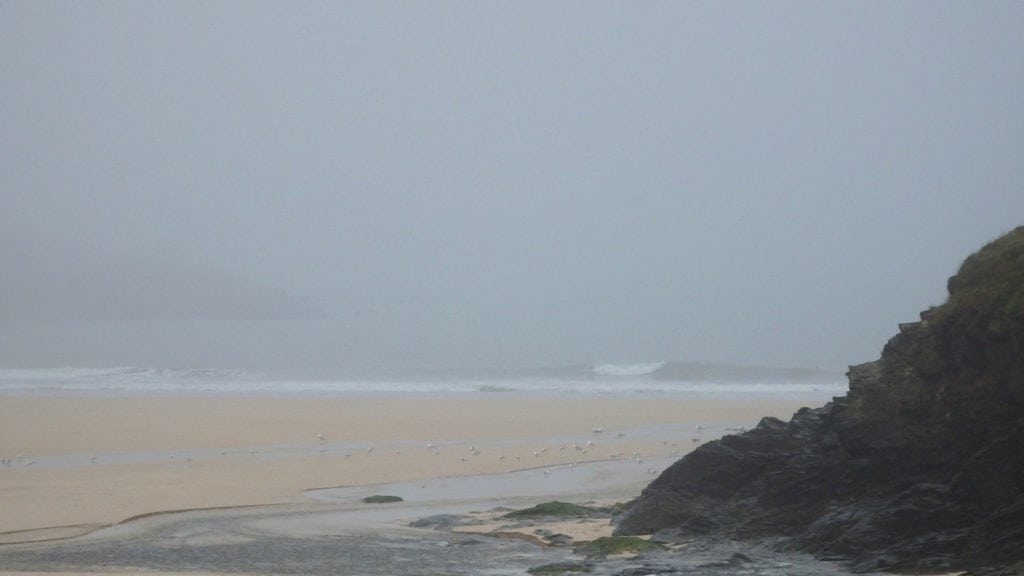 A lighter, brighter, cheerier kind of day should greet us toady, with a fresh and mild southerly wind breezing up the coast and (hopefully) some welcome spring sunshine too!
The surf is likely to be three to four feet at the main breaks, a foot or two at the sheltered spots, cleanish where it’s bigger, really clean where it’s smaller.
It could just be fun though!

Another weekend of two halves awaits; Friday and Saturday being mainly bright with lighter winds and reasonable surf, the return of north westerlies through Sunday chopping the bigger and building surf well into Monday.
So Saturday should see some pleasant enough three foot swells rolling along the coast with light breezes taking the sharpness off it but not having too dramatic an effect on it all.
By Sunday the wind will have strengthened and slipped to the north west, onshore all along the coast, slopping out the four to six feet and building swells.
The wind should calm as we go into Monday but it will still be strong enough to chop and slop the building and strengthening swells.
Have a great weekend, wherever you are and whatever you’re doing!