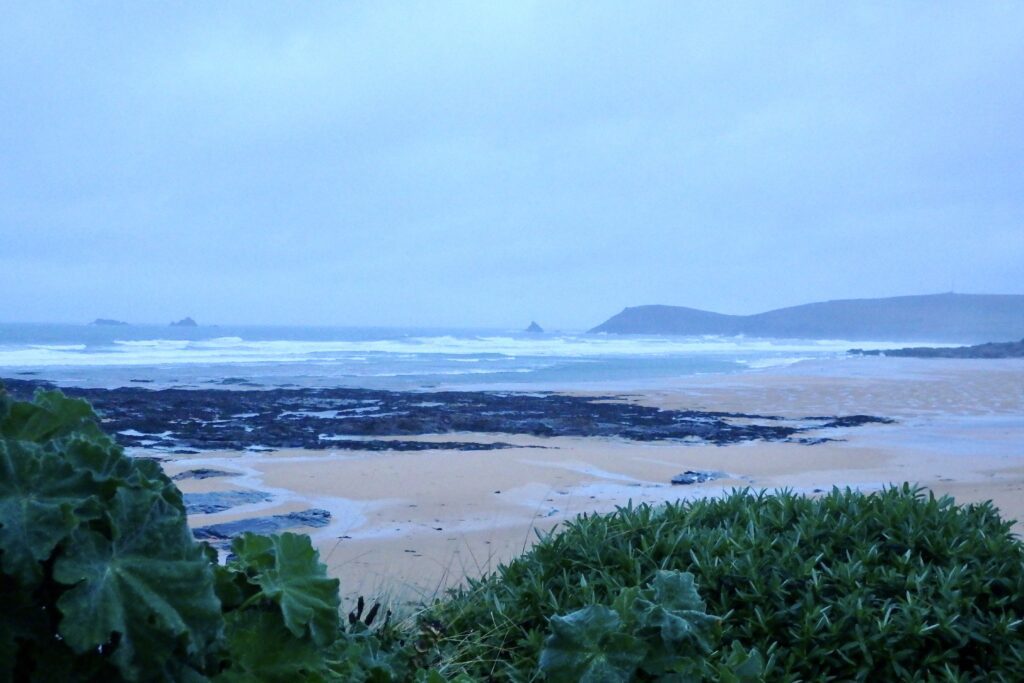 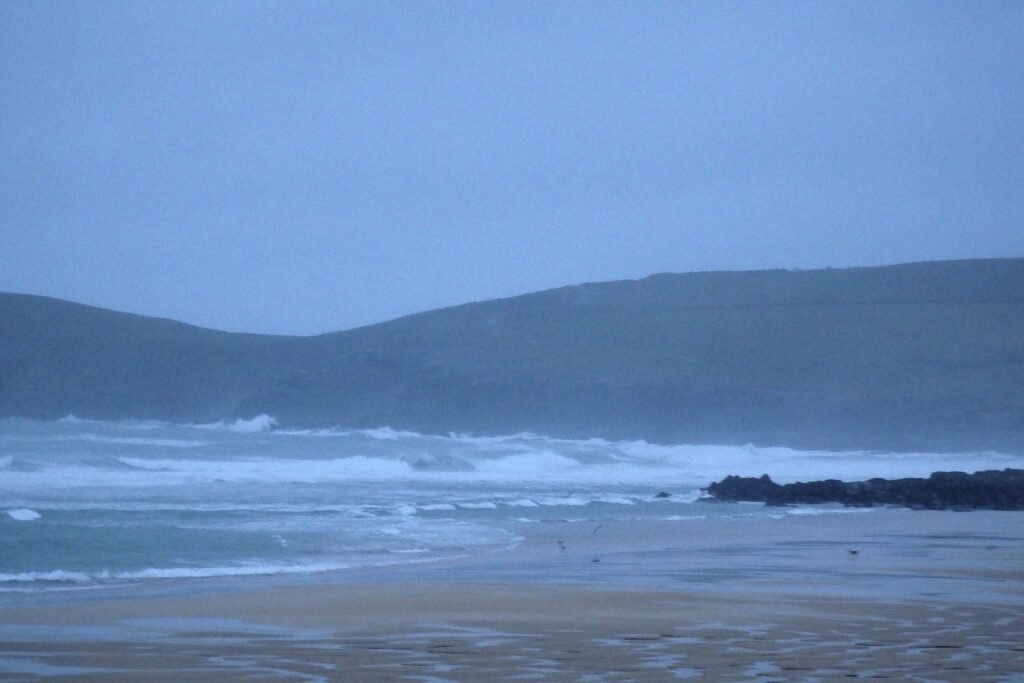 The wind has eased from yesterday, it is still blowing hard but without the viciousness of Monday’s Storm Atiyah. That wind is now gusting from the south west too, making for milder but damper conditions.
The swell has dropped massively this morning and although the surf continues to be a blown out mess at our preferred surf breaks, at least Harlyn should be shapely and a lot more manageable.
Meanwhile Constantine seems to be taking a breather before the next onslaught of storms along with more booming surf which is due to arrive probably as soon as this afternoon! 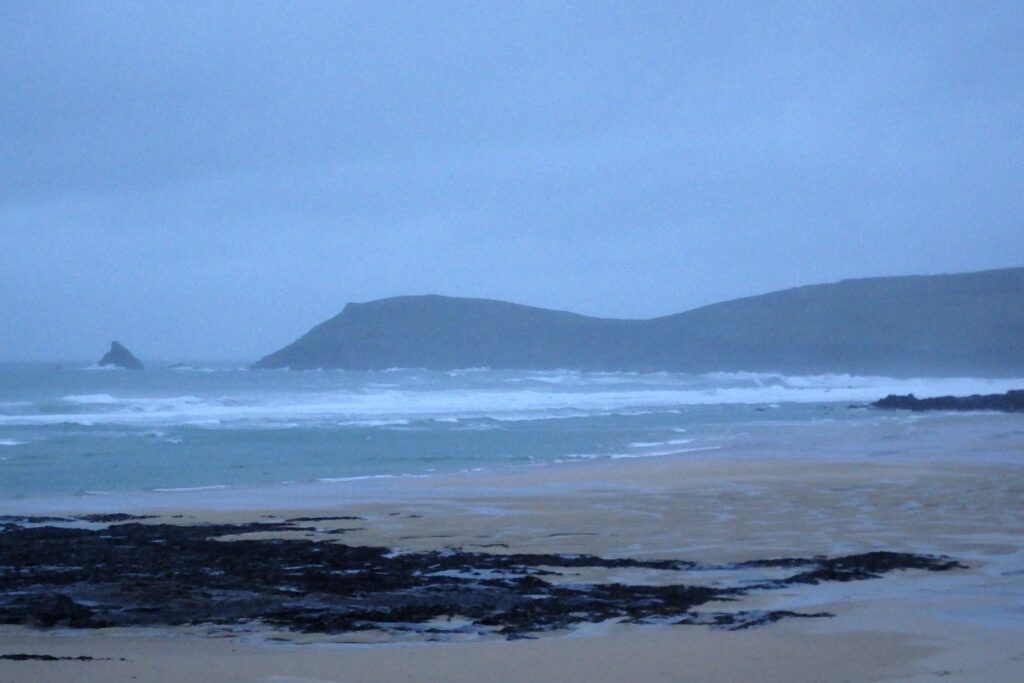 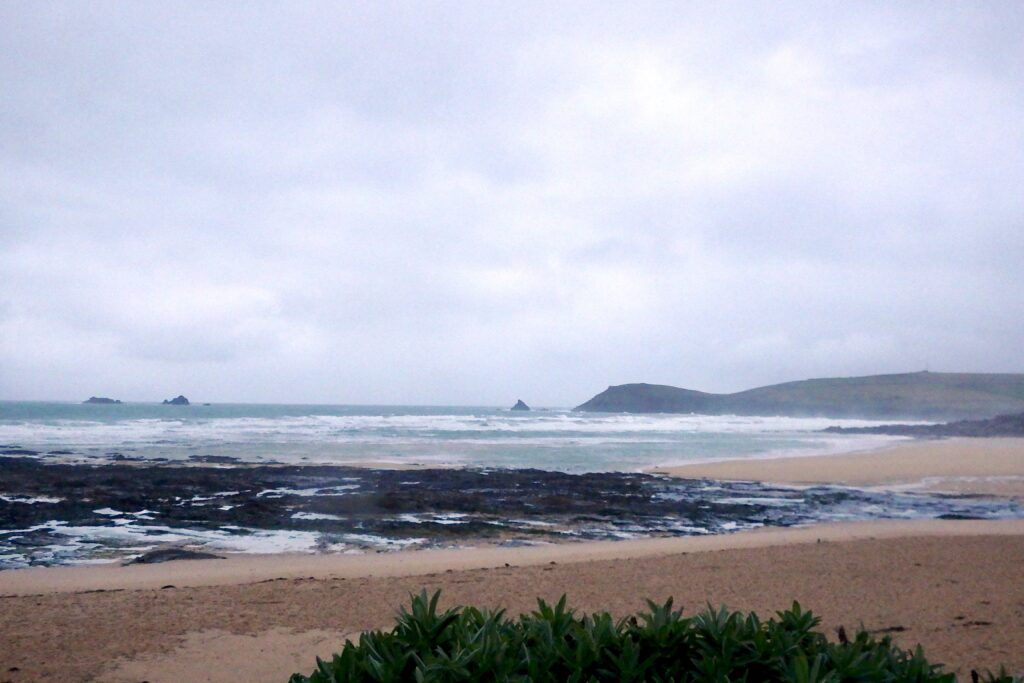 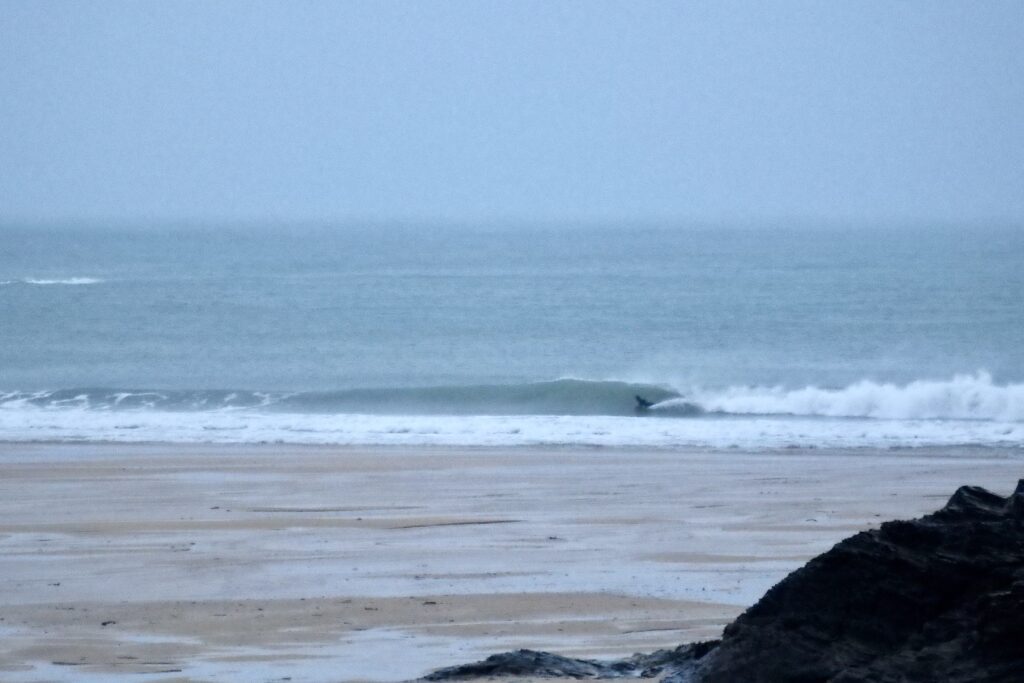 The south westerly wind is gusting straight offshore at Harlyn this morning, allowing one bodyboarder (Louie?) to be picking up quite a few deep and long, hollow barrels. The set waves are way bigger than the inbetweeners but way smaller than yesterday.
That is a momentary thing though, we can expect that next surge of swell by this afternoon pushing the size of those waves up to an expected three times the size it was this morning. 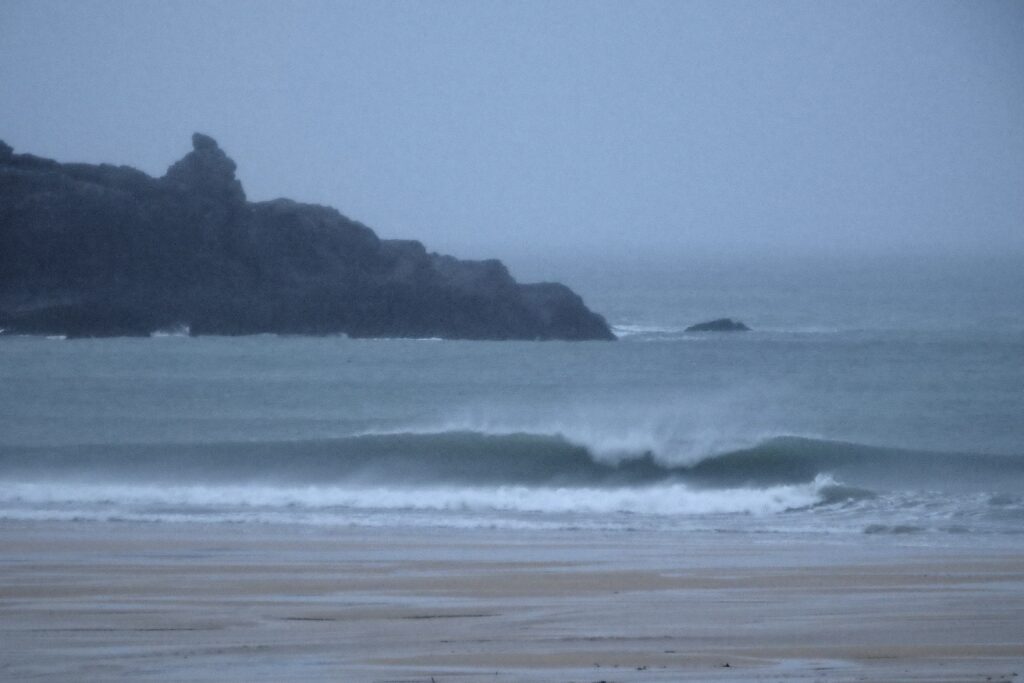 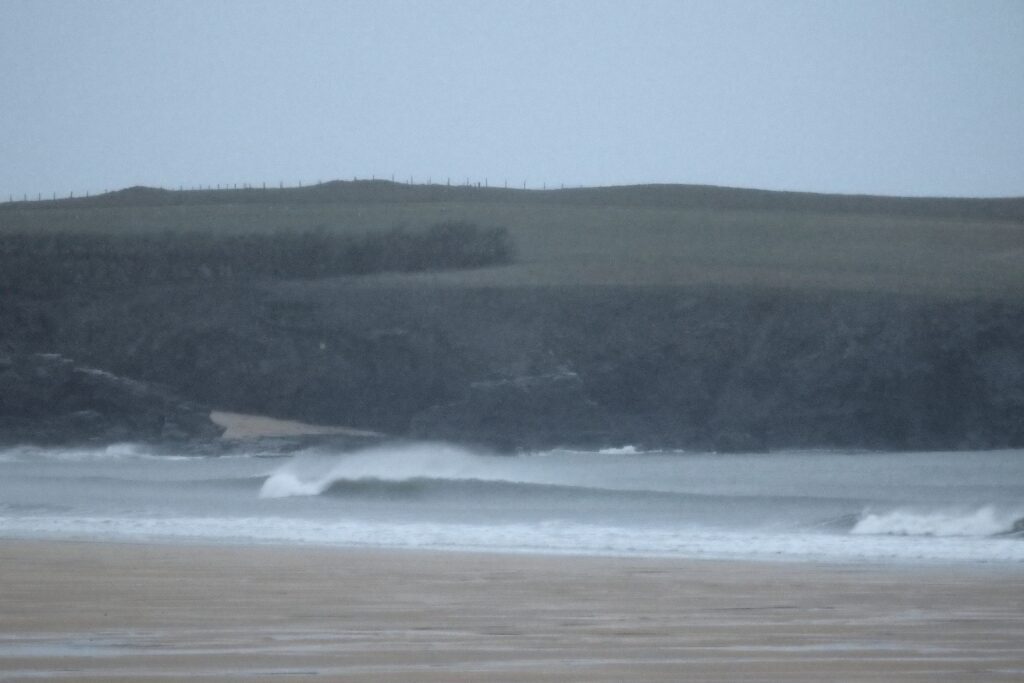 Westerly going north westerly gales are going to be trashing the big storm surf all day long today.
If you want any rideable surf then you are going to have to travel again today.
The far coast is going to be the place again!