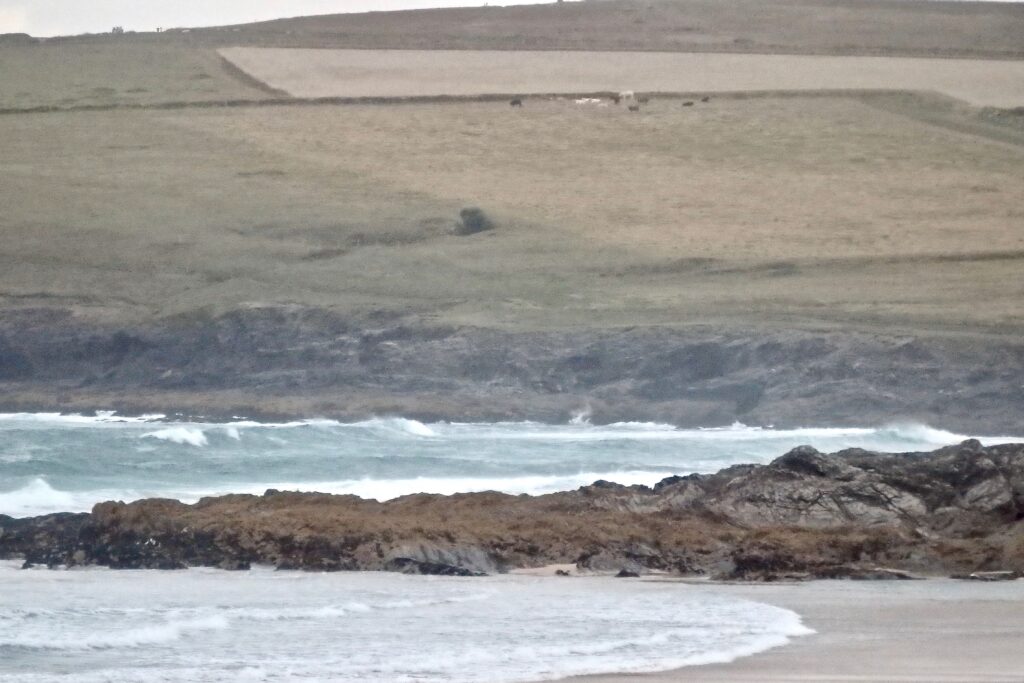 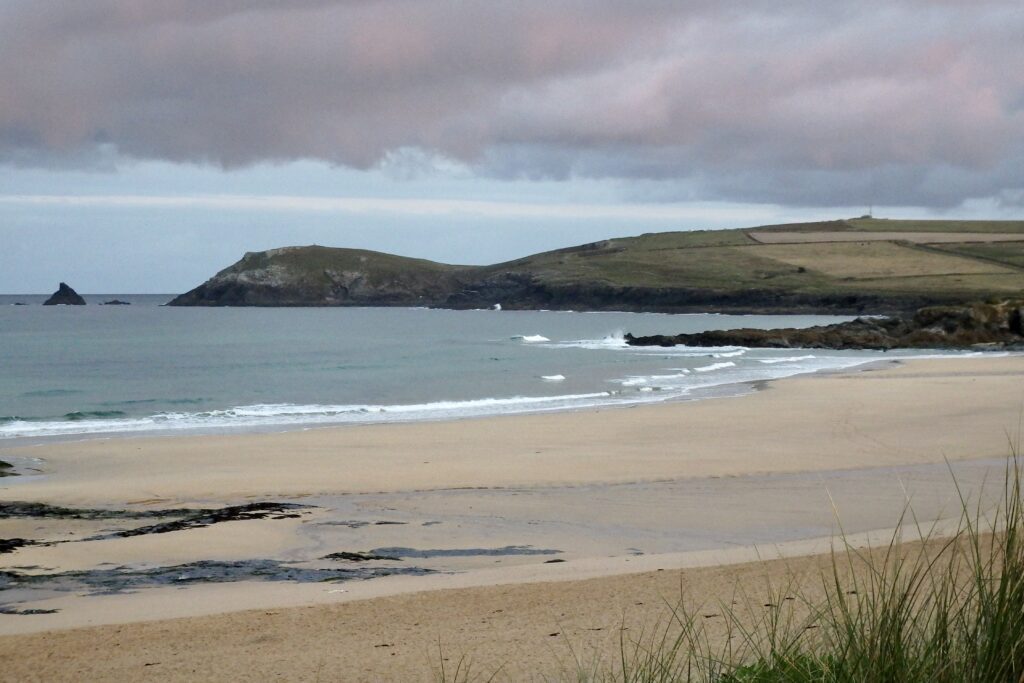 It’s a wee bit chilly out there this morning, that north westerly wind bringing cold air down the coast as it rattles and shakes the hedgerows.
That same wind is trashing the three feet or so of already weak and directionless surf as it heaves mountains of grey cloud away, leaving the sky a little clearer and a little bluer.
So it looks like a cold but pleasant enough Autumn’s day ahead of us but with not much to surf on.
Not on this coast anyway. 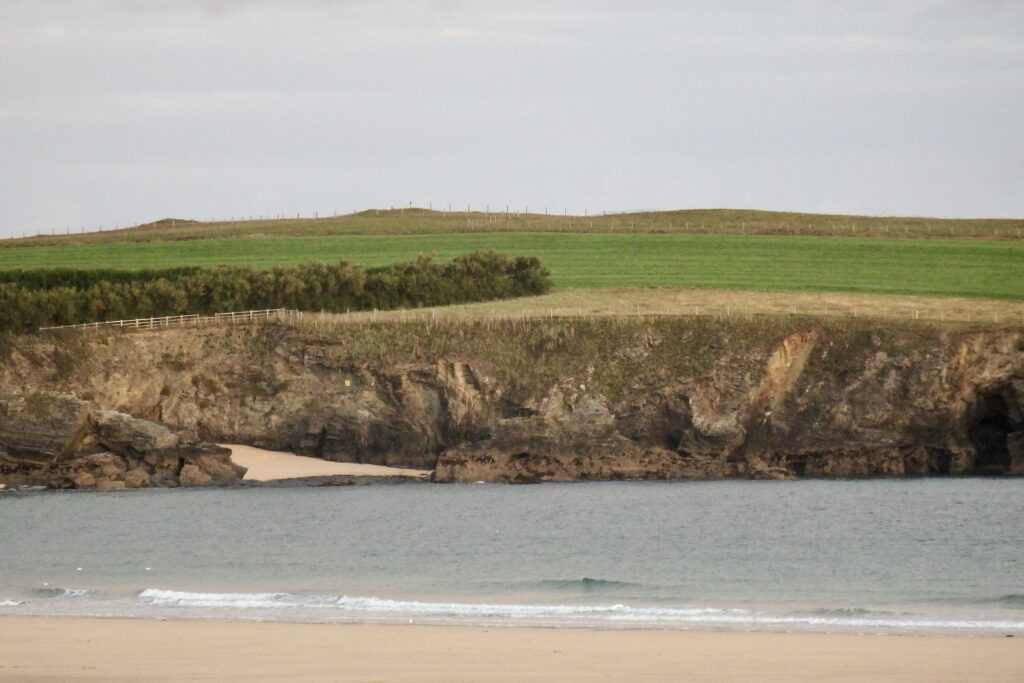 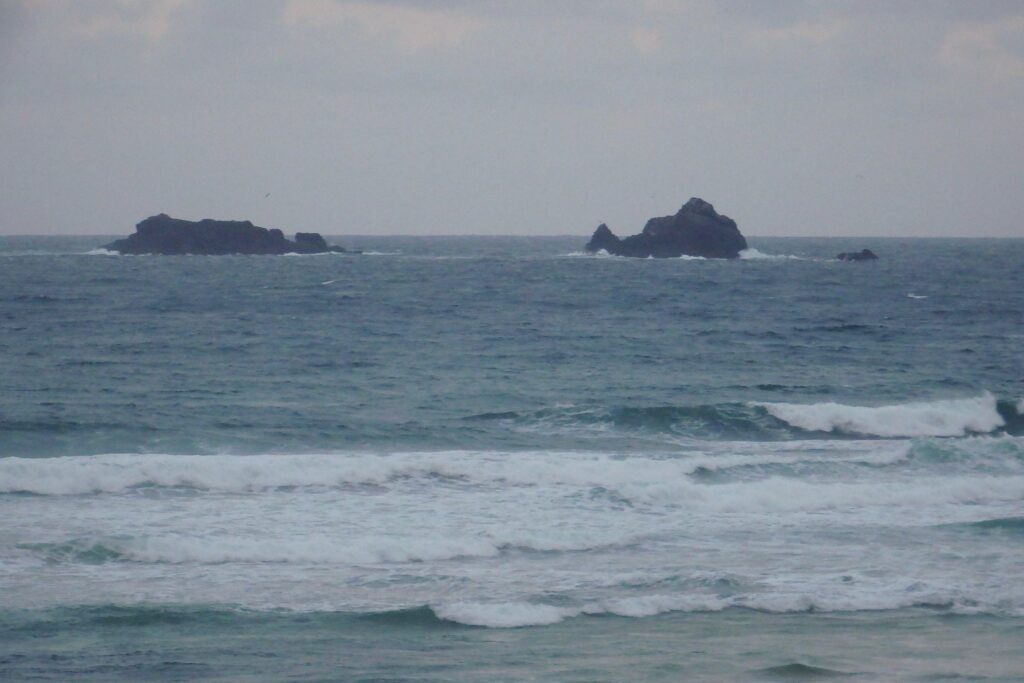 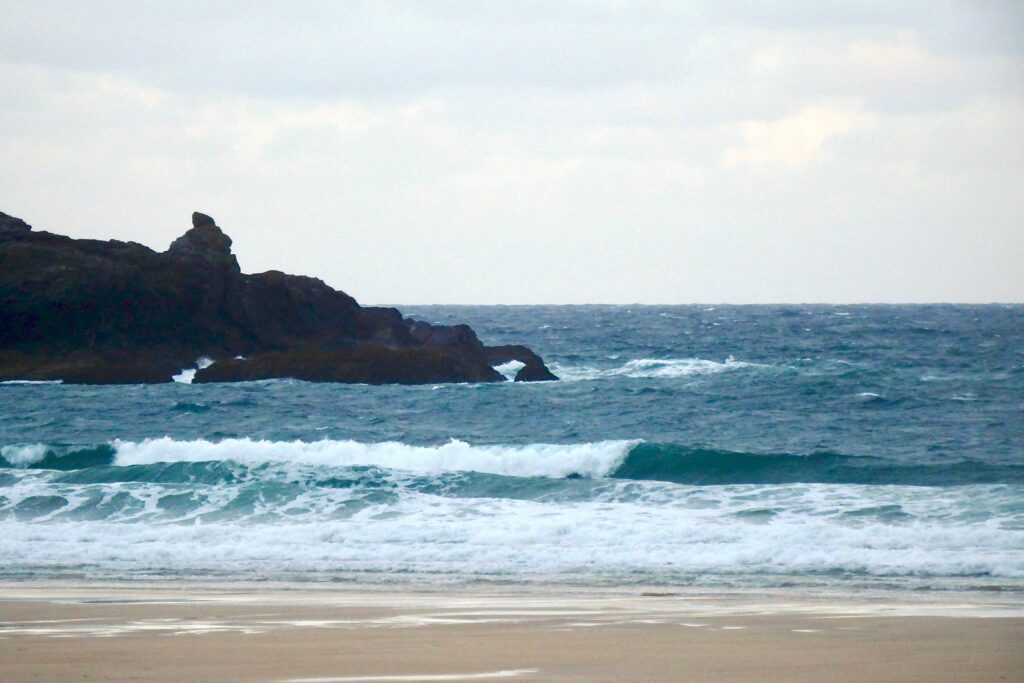 The wind is tumbling and shoving the couple of feet of jumbled up surf at Harlyn this morning, the sky clearing quickly but the air still too cold.
No, there’s not much to interest anyone with a surfboard around here this morning! 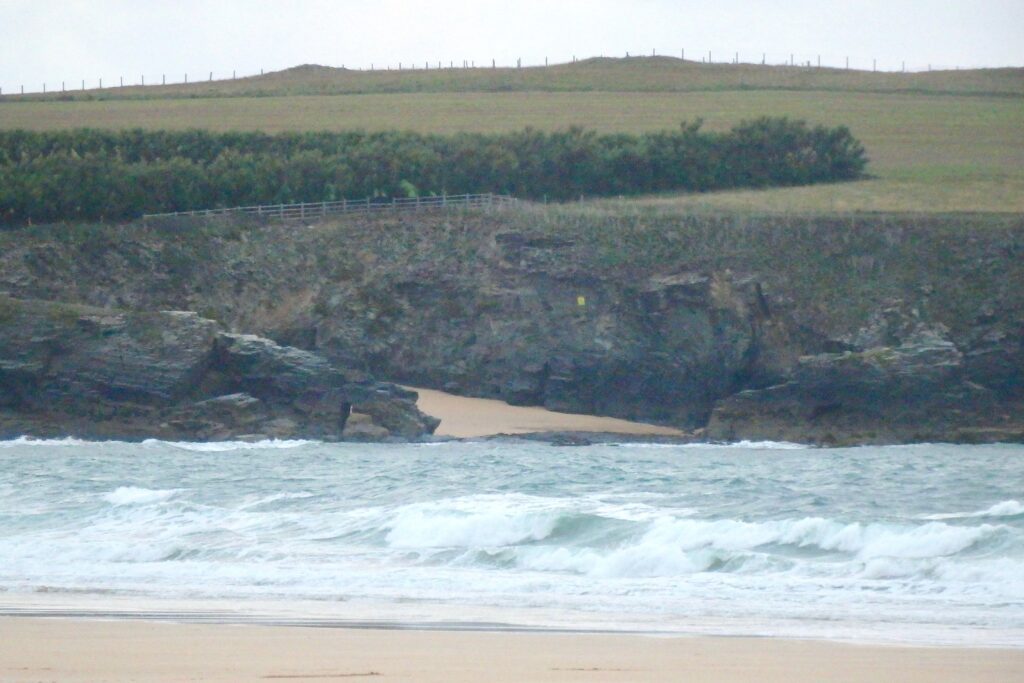 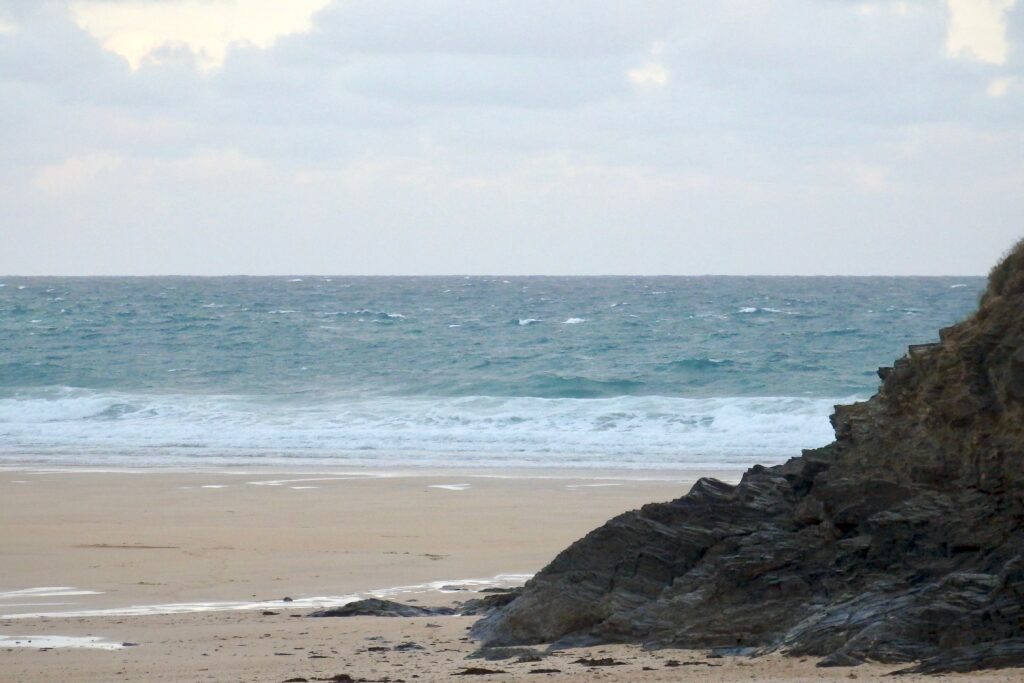 Another breezy and mixed up old day is promised, the wind switching to a more south westerly direction which is at least a little milder even if it is still onshore at our main surf breaks.
Offshore conditions at Harlyn are likely to be frustrated by the tiny surf (at best).
But we might get a few ones later if we’re luck!

North westerly winds will return to kick this week off, blowing hard onshore and keeping air temperatures lower but allowing a little sunshine through here and there.
So the best that we can hope for to start this week is some small and choppy surf provided by nothing more than that localised windswell.
By midweek that wind is likely to have backed to the south west, strengthening but at least blowing some bigger waves our way and maybe stirring up enough surf to swing some waves around and into Harlyn!
Those September sessions might just have to wait for a little while yet!
Have a great week, wherever you are and whatever you’re doing!