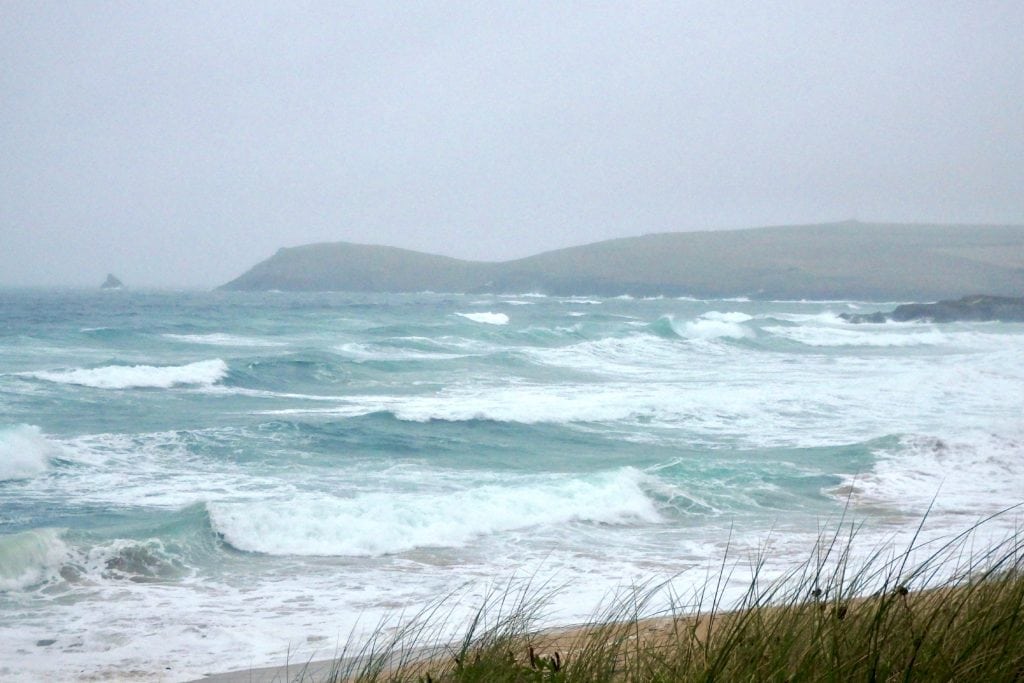 A windswept, drizzly and mizzly old morning is not doing much to cheer anyone this morning and yet it is a strangely cosy and comfy kind of start to the day.
The wind is blustering in from the south west, bundling a wall of wetness into the bay, that sky and land and sea merging into a grey wall of murk while a three to four foot swell lumpily fumbles its way ashore.
The almost 8 metre high tide is having its effect on it all, that deep water absorbing all the energy from those otherwise reasonably sizeable waves. As the tide drops back those waves will have more energy but will still be blown raggedy.
It’s not really a promising day to surf around here and the wind is forecast to move to the north west which will do nothing to improve conditions, so let’s have a look at Harlyn……. 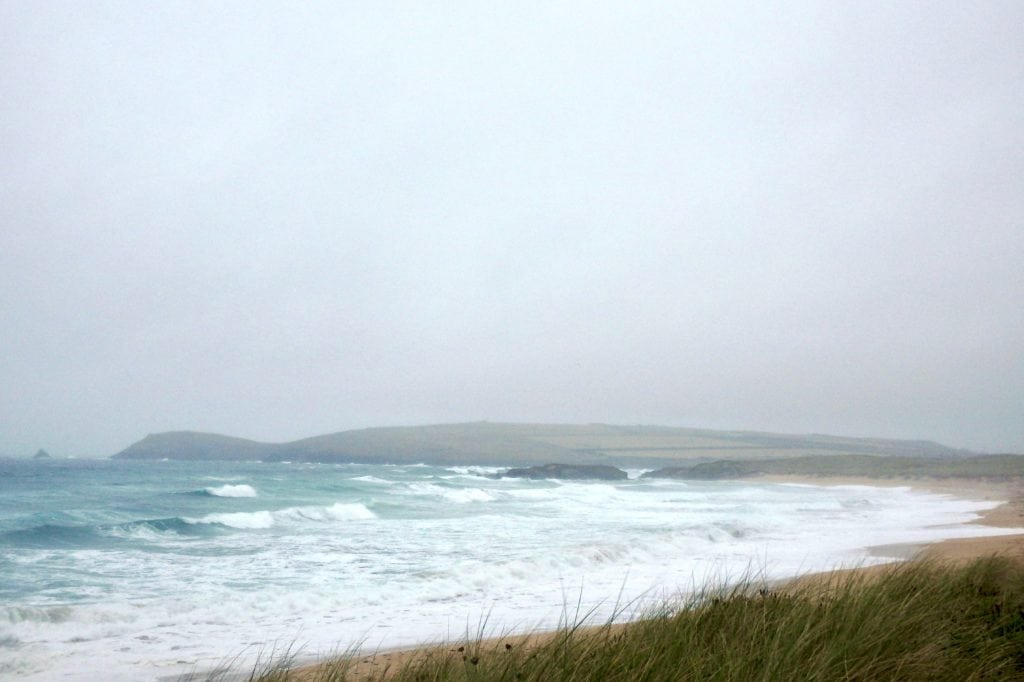 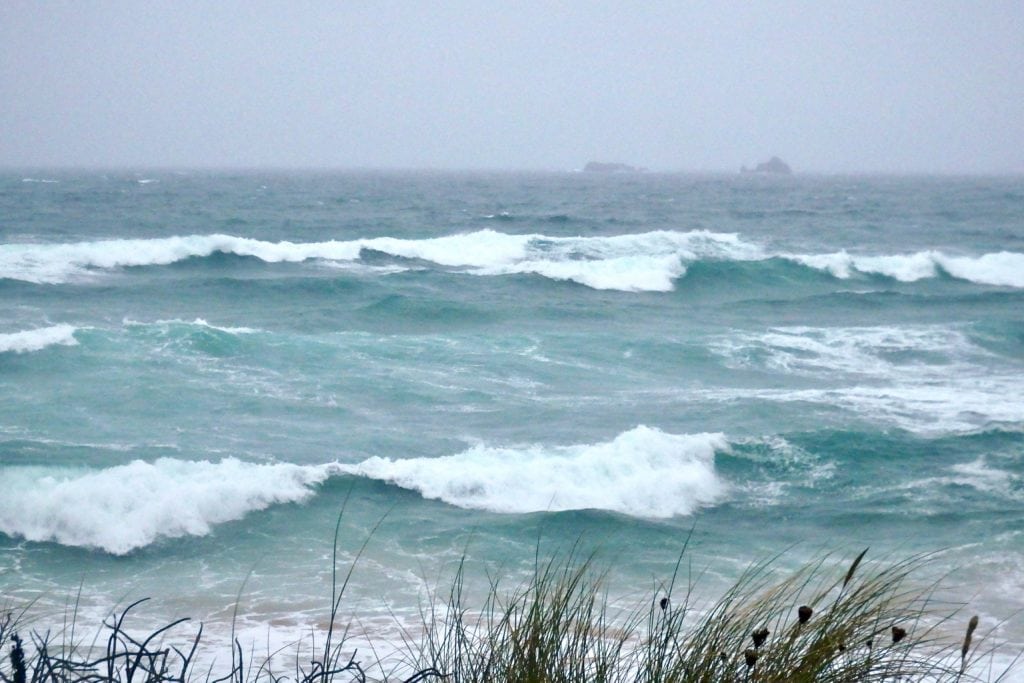 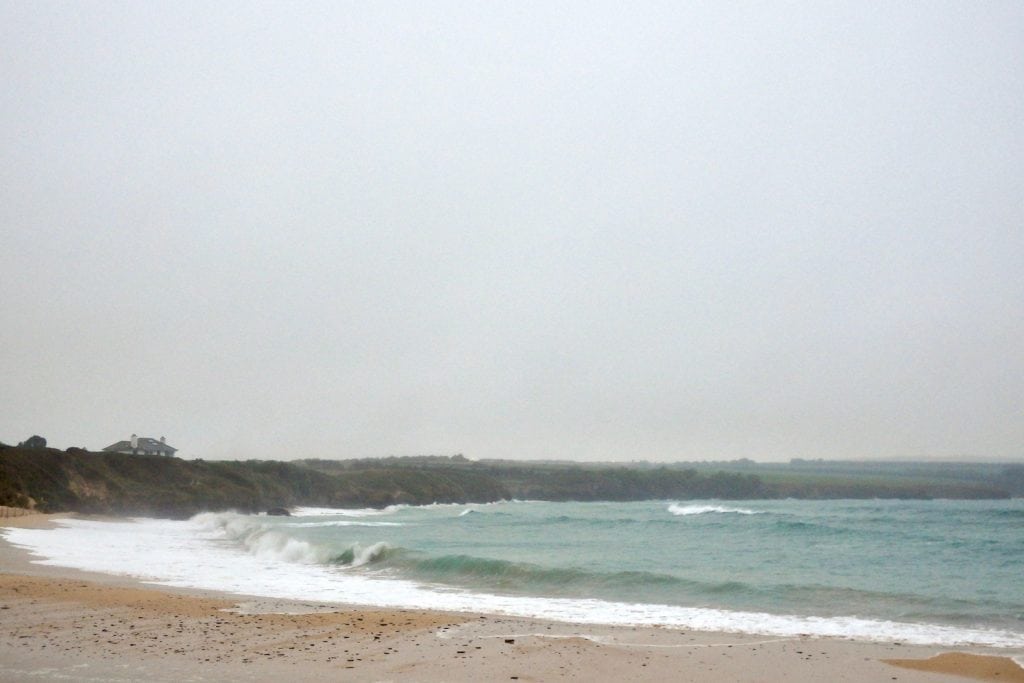 The combination of a high spring tide with that blustery south westerly wind (well, it’s a little more westerly than southerly when you’re actually around here) is making for some moody and unpredictable surf.
There’s only a couple to three feet of surf rolling into the bay but it’s pretending to be bigger as it churns itself ashore an that hardened sand beachbreak set waves just about breaking on that high tide sandbar.
Give it a couple of hours for the tide to drop back and it should all be hollower and sharper and crunchier. But that wind is likely to swing to the north west by this afternoon and that will make a real mess of it all! 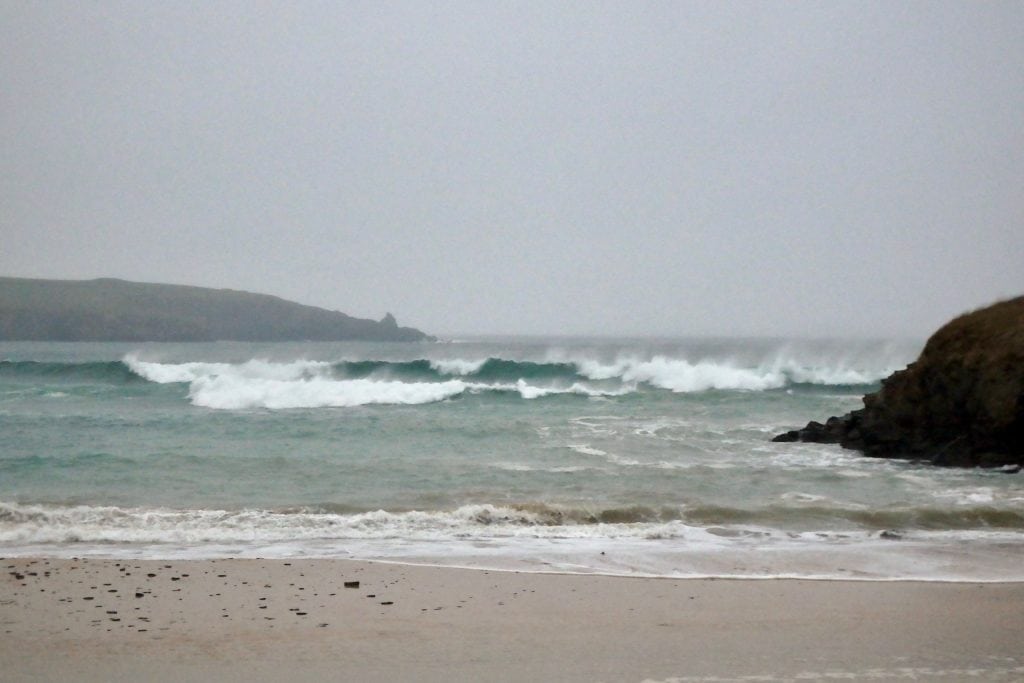 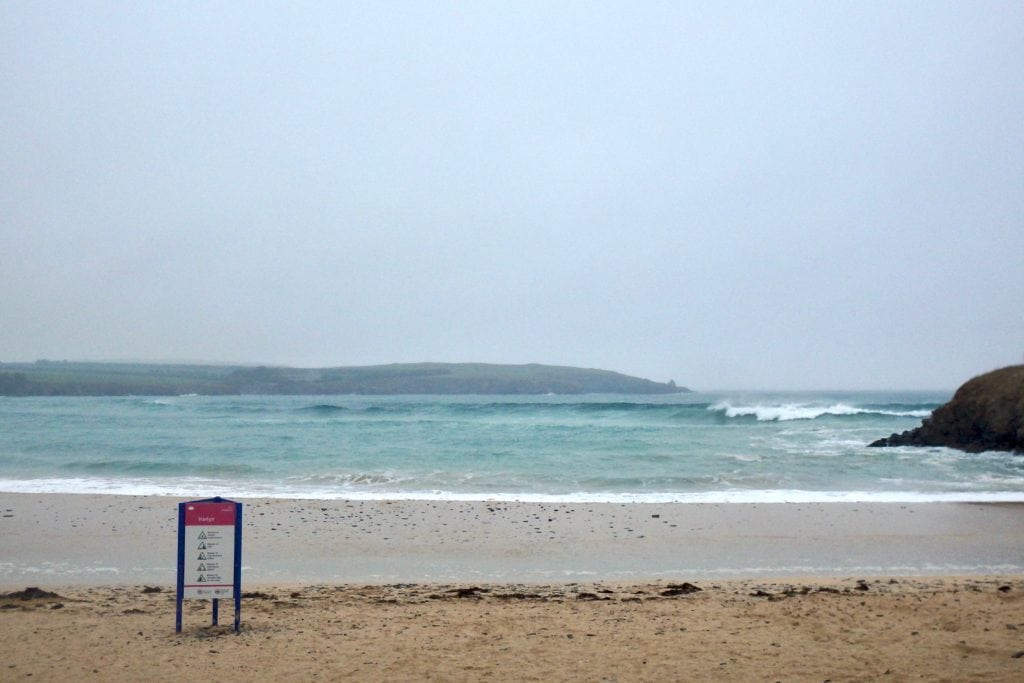 It could be a slow starter today, the wind forecast to be light and just offshore from the north east through an overcast and threatening morning, swinging onshore from the north west just as the sun breaks out as we go into the afternoon.
So we should enjoy some smallish, two to hopefully three feet of clean and fun surf through the morning but with not much to enjoy later on.

We seem to be on the very edge of that high pressure system which appears to have parked up across our swell entrance in the Atlantic, so although it is forcing any swells to swing all the way around it and then wriggle their way down and around the UK before eventually expiring into our bays and coves, it is also allowing the winds to slip to the south west as well as providing some half decent spells of sunshine.
So if those swells have enough power to them then Harlyn could show some pretty and fun, if quite small surf through the start of the week. By midweek we might just be enjoying some offshore, north easterly, breezes to shape and mould the smaller waves that will be spilling across our main surf breaks.
And then of course the week will end with north westerlies chopping out those same breaks.
But that is a little way away yet and in the meanwhile we should have enough clean waves at Harlyn to put a smile on our faces followed by a few days of smaller wave gliding at our main breaks.
All in some pleasant and bright enough, warm and cheering sunshine!
Well, maybe not all but a good chunk of it!
Have a great week, wherever you are and whatever you’re doing!