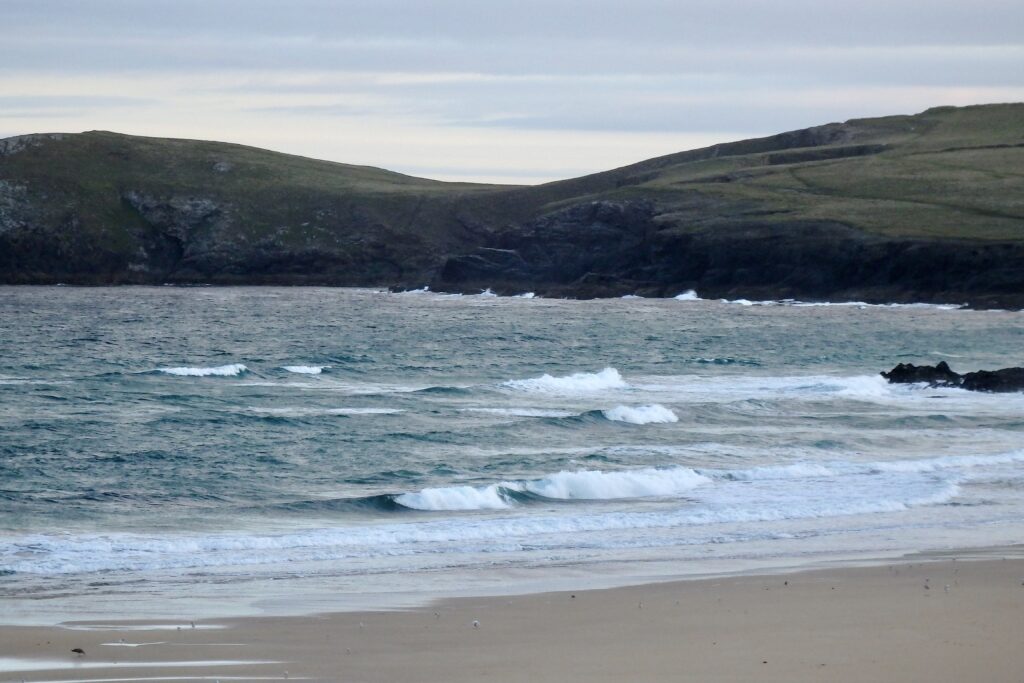 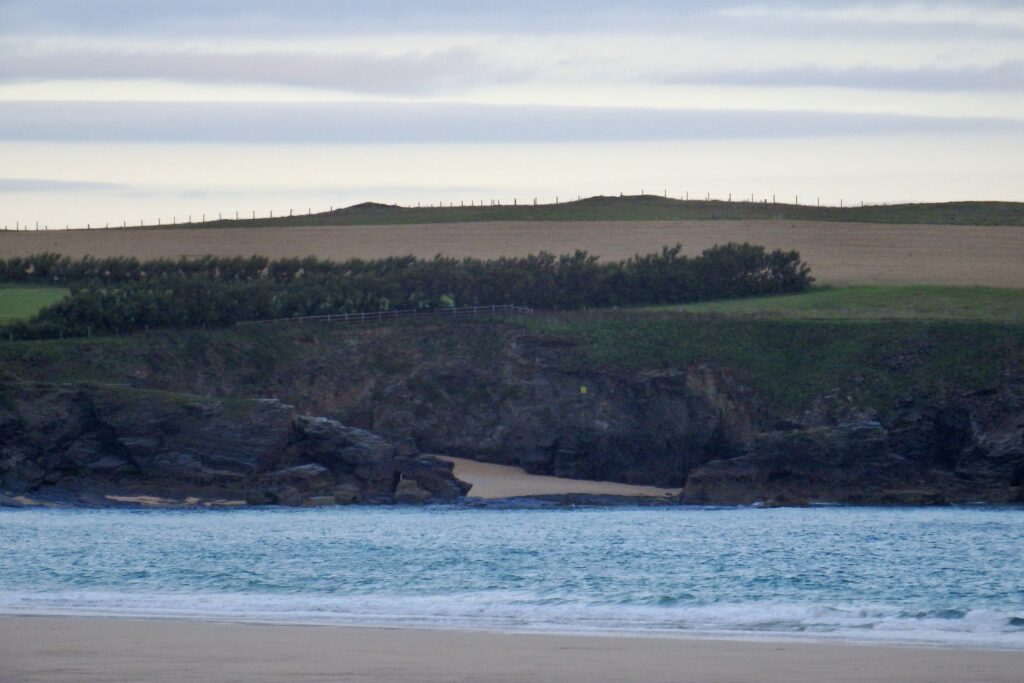 Surf’s up Dudes and Dudettes!
A real nice couple to three feet and bigger of glinting and glistening surf is rolling into the bay this morning as the tide lazily starts to ease its way out.
The sun is out, the breeze is light and offshore while all of our breaks are peeling and peaking with more choice to come as the lower tide spots switch on.
Word’s out already and so there are a few on it already with more to come but hey, after that flat spell, who cares! 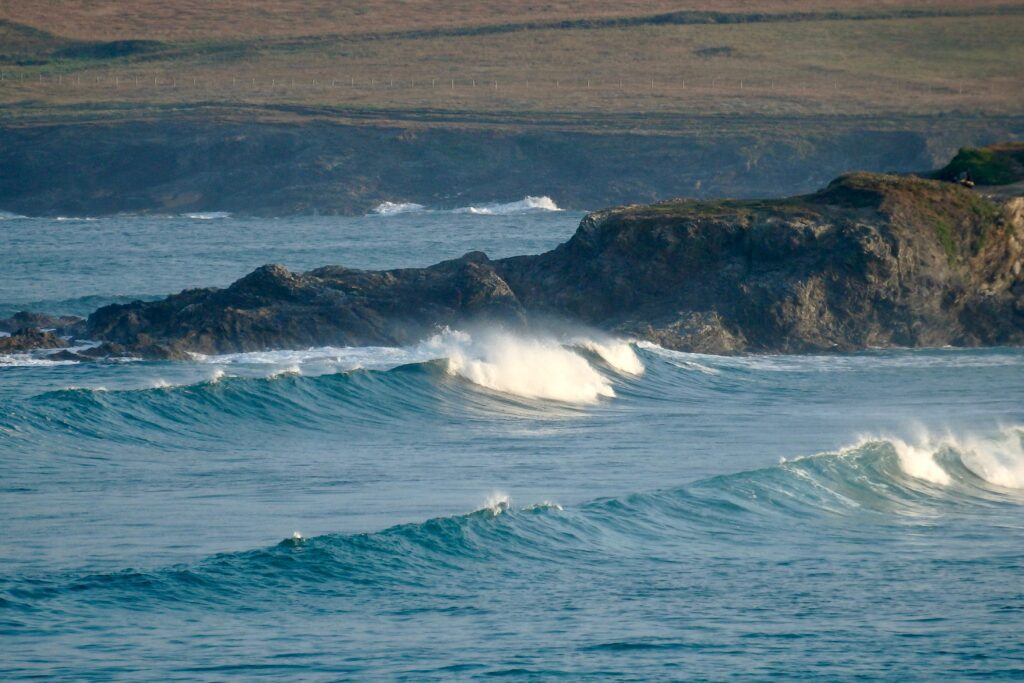 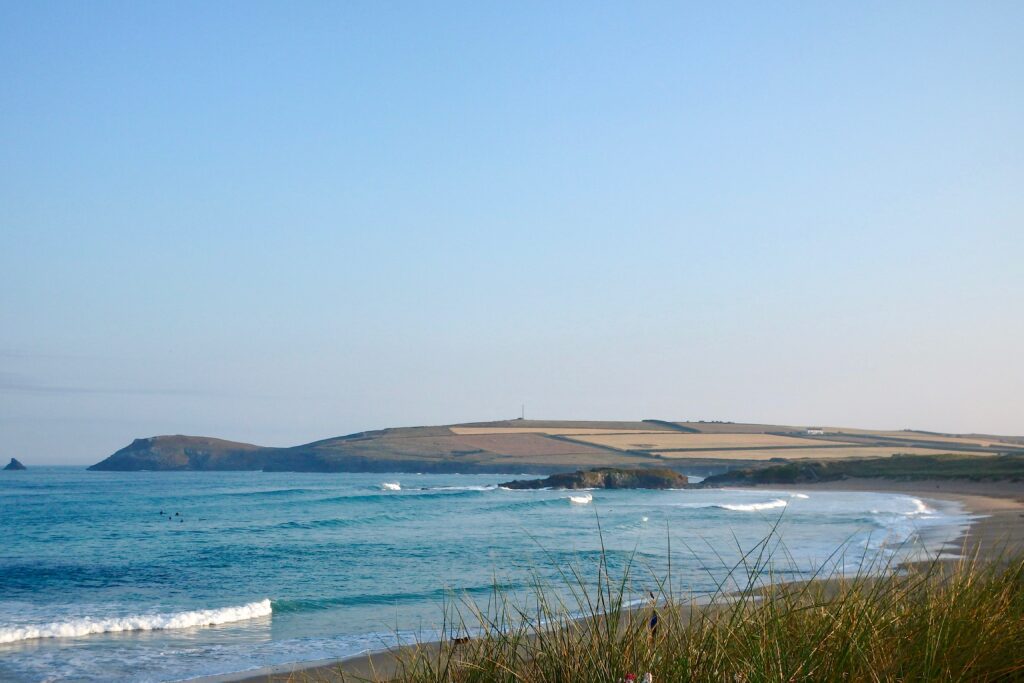 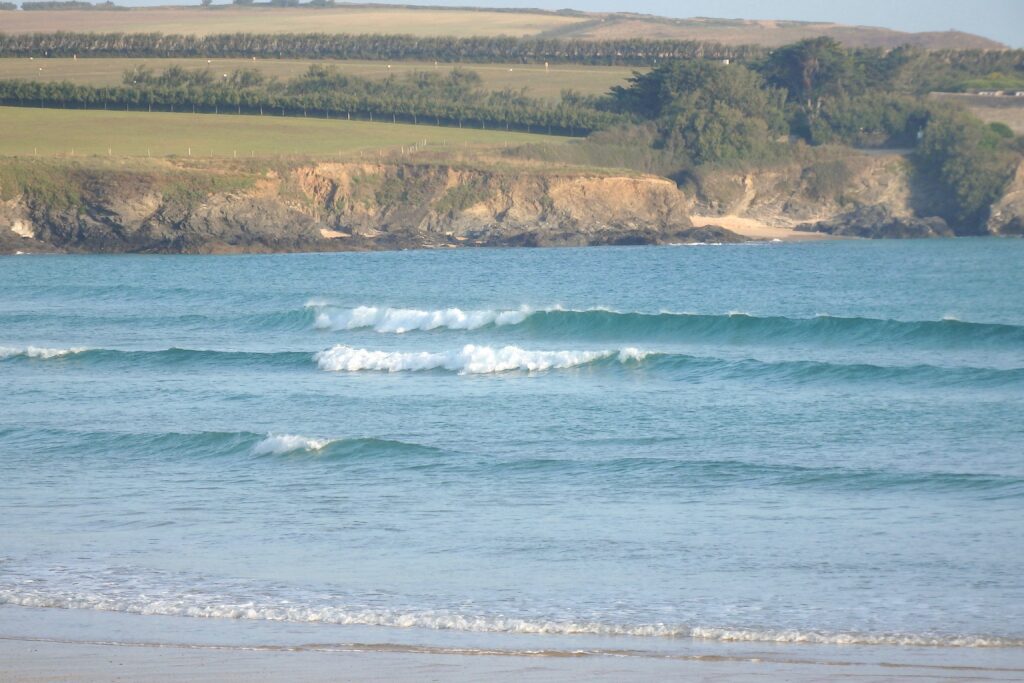 A foot or two of very lightly crumbled little waves are tumbling and skipping into Harlyn in the sunshine this morning.
There is small surf to play in here but the other side is the place to be today. But if this is your only option then you will probably get a glide or two on a gorgeous bright and sunny day! 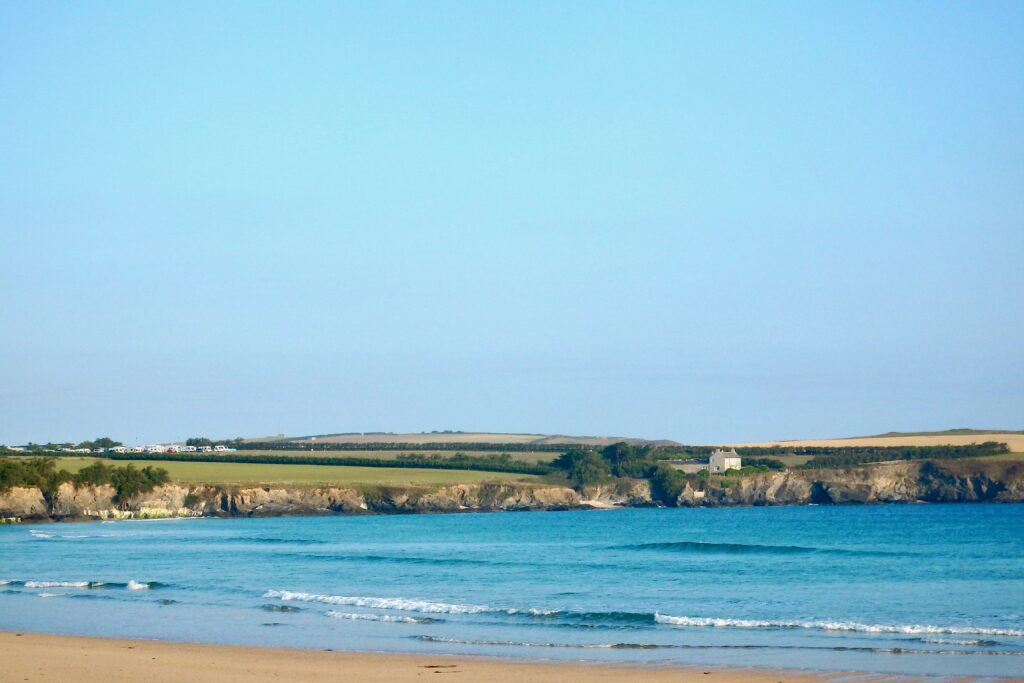 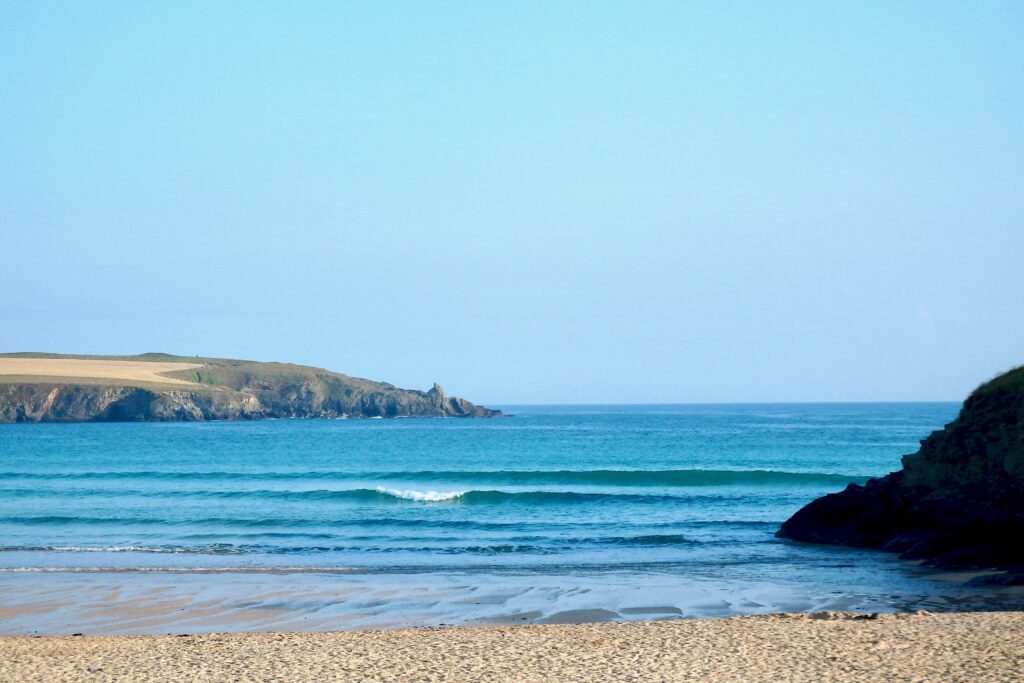 Ha! And as quickly as the surf arrives, the wind changes.
Onshore, westerly winds are likely to be chopping the otherwise quite decent three to four feet of swell.
It might just get big enough to offer a choice between slightly bigger and bumpier west side breaks or smaller but a little cleaner Harlyn side.
I’m guessing that most will go for the longer paddle into bumpier but bigger waves after that long flat spell, eh!

We might ride some waves that you can actually drop in on this week but, of course, the wind is likely to change too, bringing choppier and sloppier conditions.
But to start the week we should be enjoying another couple of days of south easterly breezes shaping and forming more small but pretty and very summery little surf. A foot or two at best but gorgeously shaped just to tempt you in when it is really small.
By midweek we will probably feel the wind back onshore, shadow swells peaking interest by Tuesday, the breeze still offshore first thing but soon giving way and chopping things up by the afternoon.
Westerly winds are likely to blow through for a few days, pushing three feet or more of rolling, foamy swell ahead of it.
It has been a while since we have played in lumpy, bumpy and washy waves hasn’t it! But that is probably what we will be enjoying through the back half of the week, those lumpy peaks that bounce their way into the bay becoming good fun as the tide fills in.
And the weather should hold itself through the week too!
Have a great week, wherever you are and whatever you’re doing!