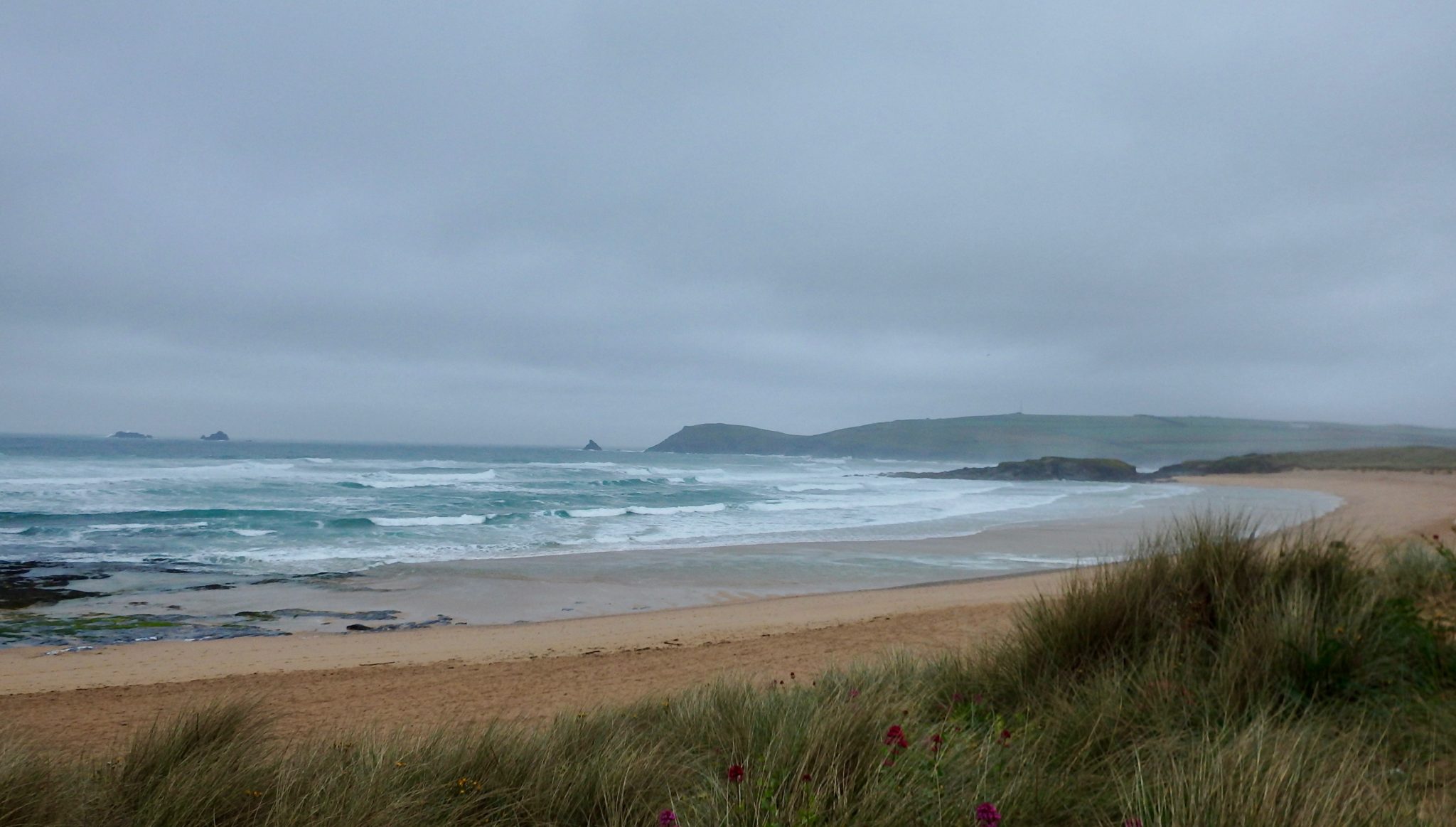 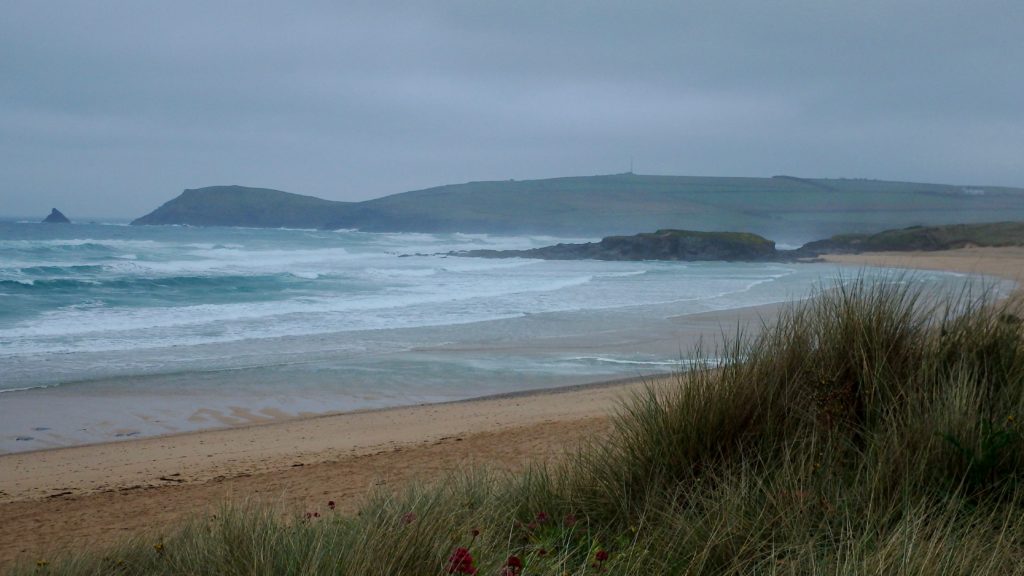 A blustery sou’ wester is blowing in a lot of wetness this morning, the grey skied dullness of a dreary morning only made less monotonous by the promise of a calming and brightening later.
But maybe much later!
In the meantime that same wind that is blowing in this wet but fairly mild and muggy air is also pushing big lumps of swell ahead of it.
Four to five feet and bigger of slopped and bumped, rolling waves are barging their way to the beach through the gloom and murk of an early morning downpour, that sou’ westerly wind mingling sea spray and raindrops to spray across the bay.
It’s not easy out there but there are waves and it should clear up by this evening! 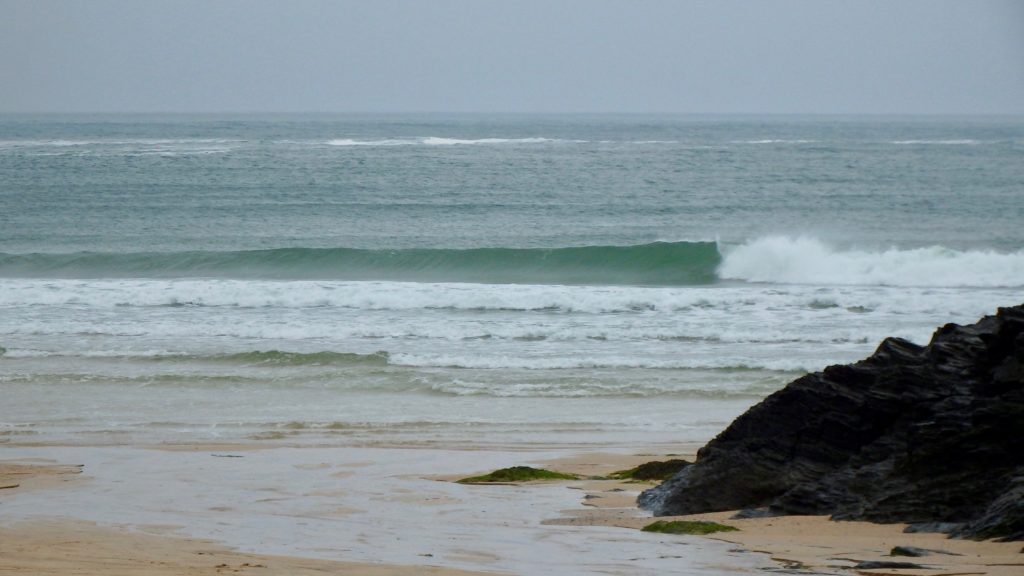 A decent couple to three feet of attractive looking waves are reeling across the bay every now and again, those occasional right-hand grinders off the rock being enjoyed by maybe Dave Ortiz? Anyway, he’s getting a few and looks to be having a heap of fun, whoever it is!
The rain is sheeting across the beach this morning, the gusting south westerly just adding a little extra sting to it all.
The swell might be at its best right now but I think that there should still be more than enough to counteract the effect of the dropping tide in a few hours, allowing some fun and clean waves to zip you around all day long. A little smaller and crunchier at lower tide but maybe hollower too! And then it should build again as the tide rises through this evening!
It should definitely be well worth a wet later. 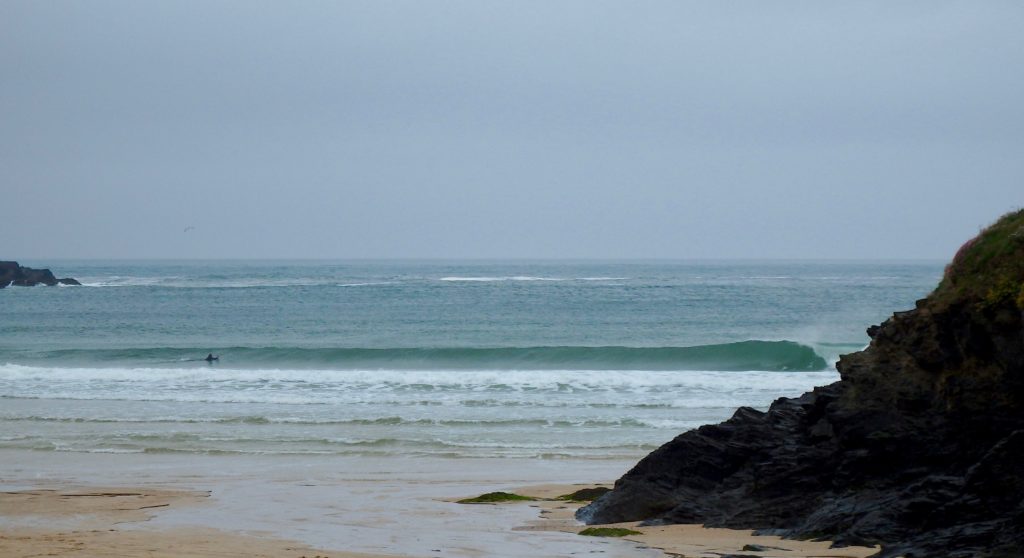 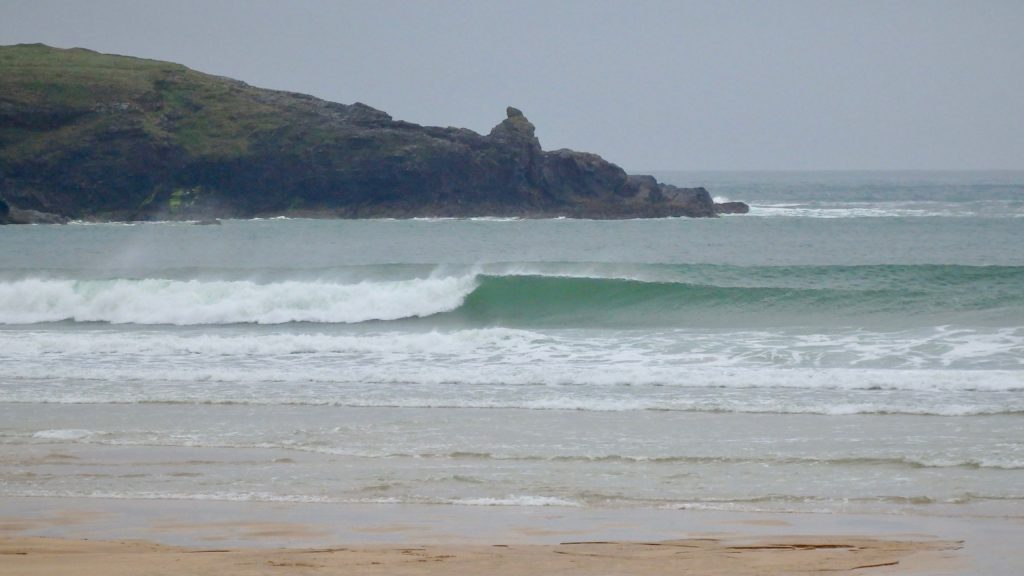 Surf Forecast for Wednesday 17th May 2017

The breeze is likely to be back in the north east this morning, a light north north easterly drifting down the coast through the morning, shaping the three feet or so of still steady and smooth swell.
That breeze is probably going to strengthen through the afternoon, while it switches north westerly, onshore.
So early and late are going to be best today, making the most of the lighter wind conditions!

Onshore, south and south westerly winds are going to be blowing a rolling windswell our way through the first half of this week, the weather a bit mixed but generally staying mild before noticeably warming up for a short period.
We are going to be deciding whether to surf three to four feet and occasionally bigger surf at our favourite, more swell exposed surf breaks or glide across much smaller but cleaner and more organised waves at the usual sheltered spots.
By midweek the wind is probably going to be back in the north, a freshening north westerly messing up the surf at all of the local breaks and making the air feel colder too.
So, we can expect a mixed up week of more average conditions but with waves to ride, getting quite good for moments if you know where to go and when but otherwise still being good enough to be worthwhile.
Have a great week, wherever you are and whatever you’re doing!