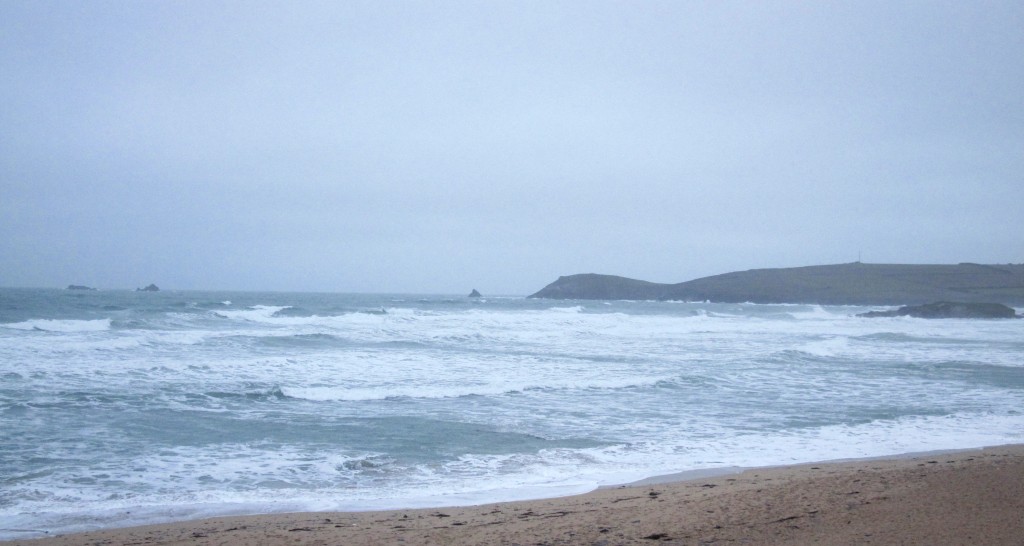 So I hope that your hatches are properly battened, there’s’s a bit of a Barney coming our way apparently, another named storm whooshing in from the north atlantic, bringing strong winds and plenty of wetness.
Right now it is a bit windy but nothing too exciting. That will change as we go through the morning with sixty plus mph winds expected by this afternoon, blasting in from the south west.
Those winds will of course push a whole heap of surf our way, a thick and lumpy, massively disorganised extravaganza of swell is expected, and soon!
And so we will have to seek out those sheltered spots again, trekking across muddy fields and clambering down slippy rock faces to those lesser surfed places. Take it easy out there though, this looks like a proper stormy one!
If in doubt – don’t go out! 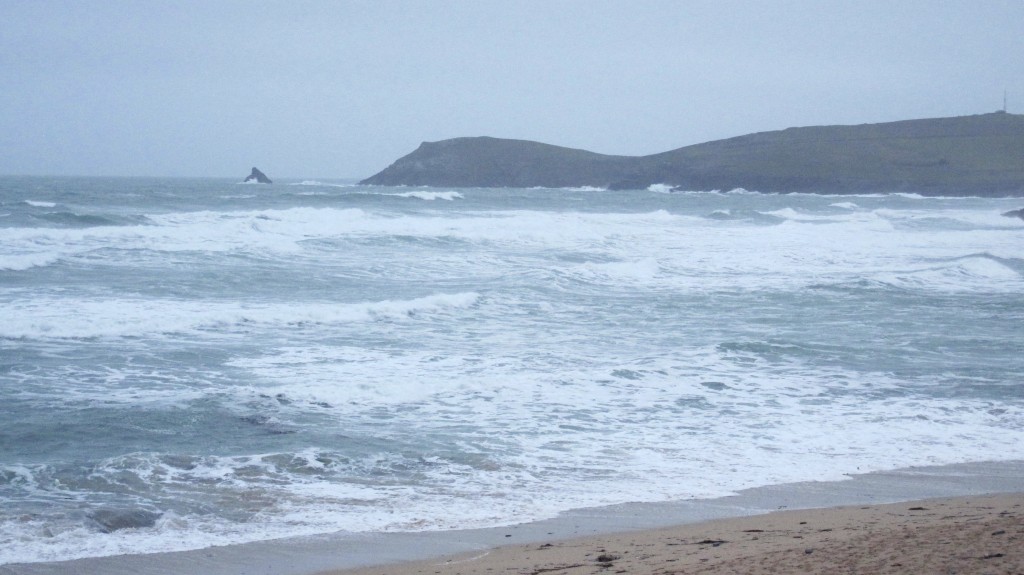 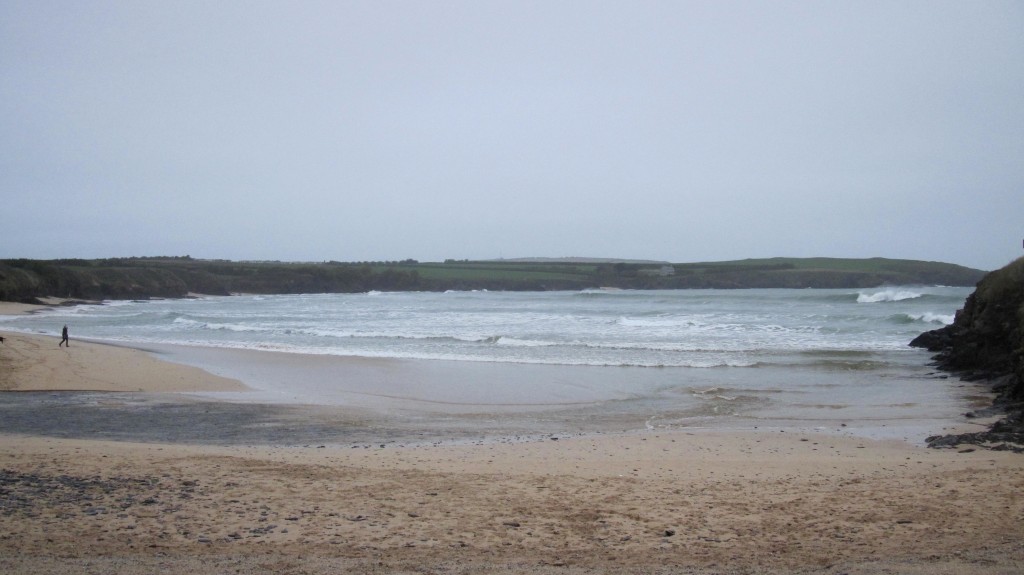 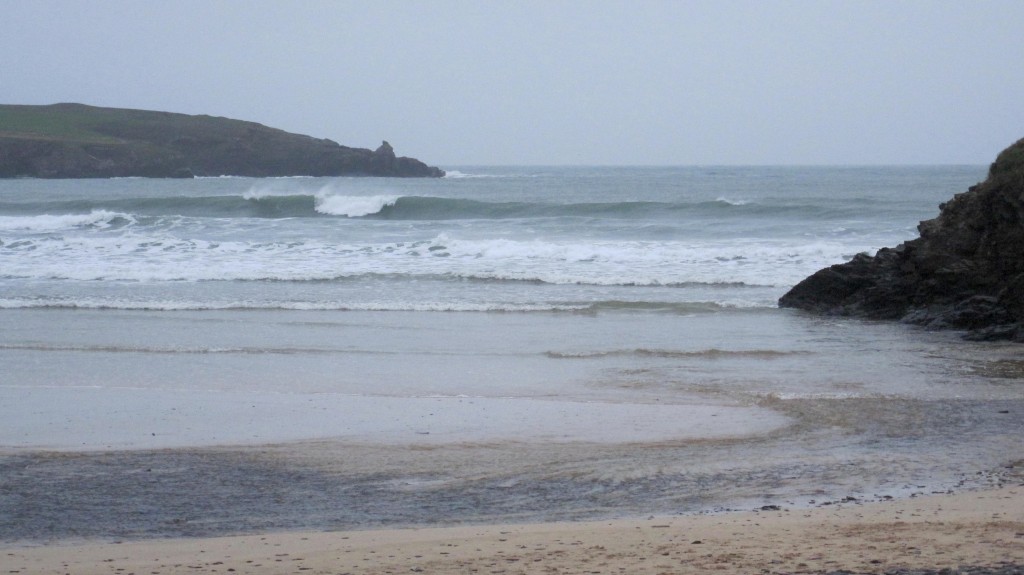 There’s three feet or so of lazy looking surf washing onto the banks just ahead of high tide, the set waves having a little more size and those very occasional double set waves having just a little more to them again.
But expect that to double or treble or more in size by this afternoon. That storm Barney (I want to be that guy, the one who chooses the names!)is about to blast through with strong, strong winds and so pushing some big waves onto our already raggedy little coastline.
Even here might get a little too much by late afternoon! 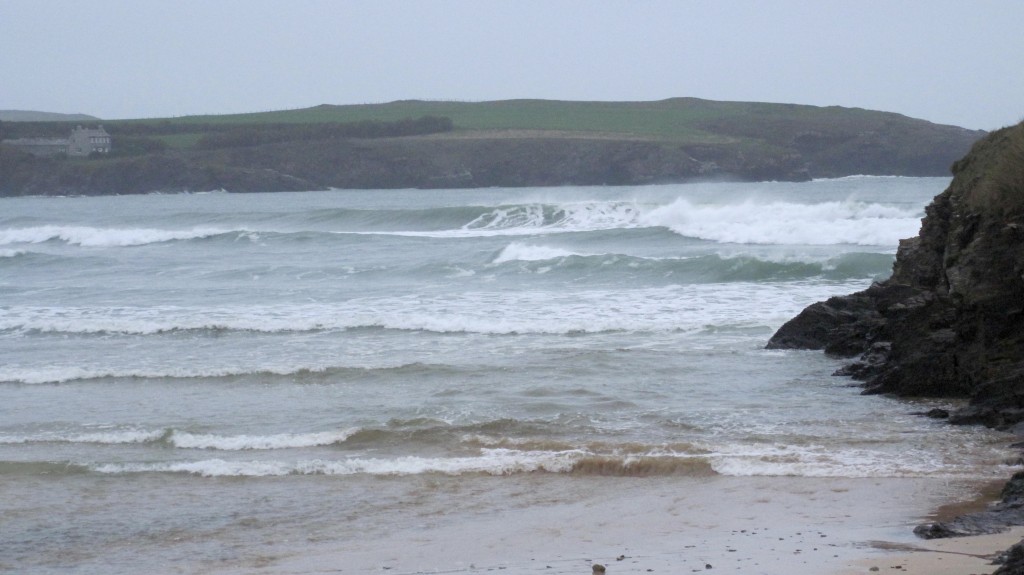 Big, big waves and strong, strong winds are going to be rolling and blowing our way!
Out of control storm surf is going to be attacking the shoreline at most places today but there should be enough size, power and energy to those waves to get them into the most sheltered spots.
But again, take it easy if you are going adventuring, it is likely to be bigger and more powerful than you might expect!

We have had a solid couple of weeks of driving winds and big swells now and it looks like we have another week at least coming our way!
Strong onshore winds are set for the week ahead, generally blowing in from the south west, veering back and fore between westerly and southerly but mostly from the south west, that storm ‘Barney’ blasting through midweek.
That combination of sou’ westers and thick swells are the main indicators for Harlyn to be the surf venue of choice locally, those big and booming, hollow waves crunching onto the flat sand with some force.
But even Harlyn could be a bit too power packed for some by midweek and so the search will be on for those more tucked away, sheltered surf spots, those ones that only break in the stormiest of conditions! But be careful out there, it could just get big, big, BIG!
Yep, another autumn week of chunky Harlyn surf lies ahead but then there are always those other tucked away spots that might be worth a little trek to!
Have a great week, wherever you are and whatever you’re doing!