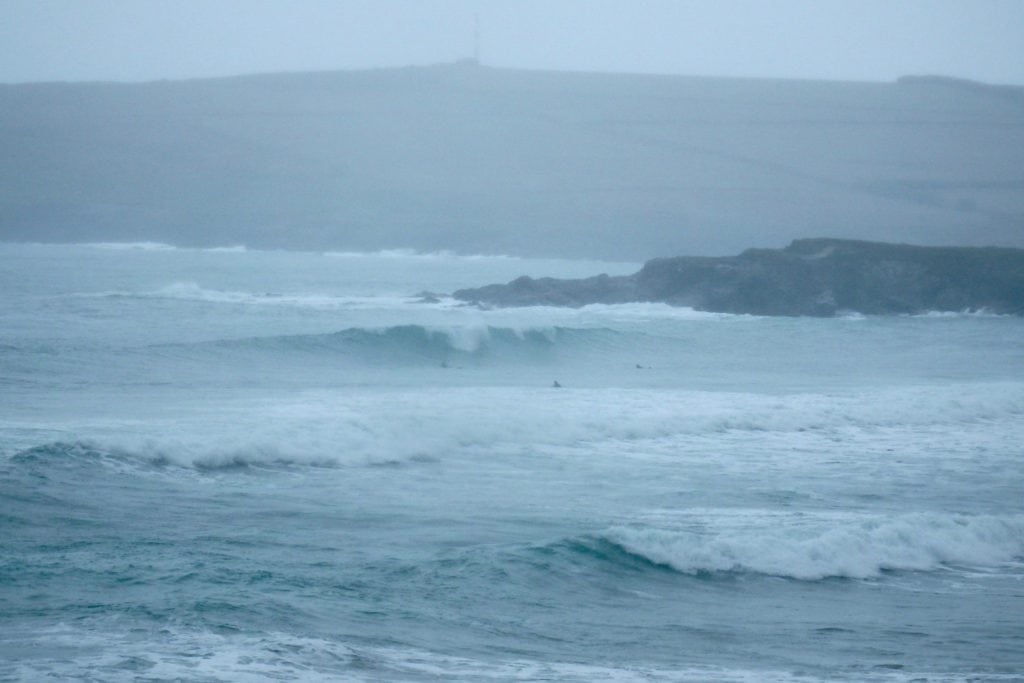 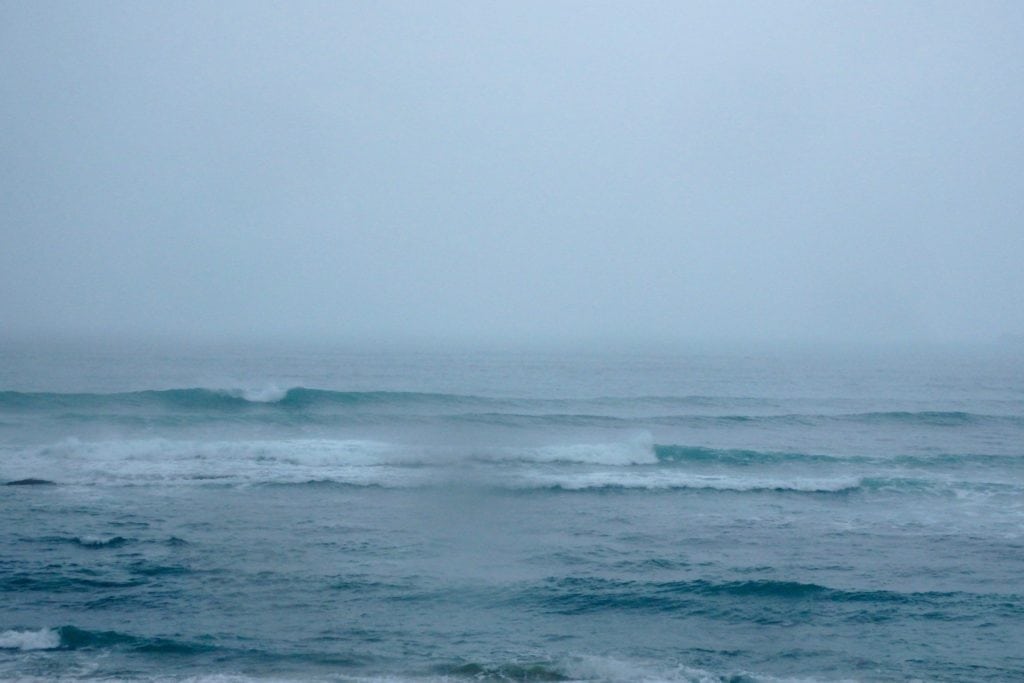 It’s a mizzly, drizzly and grizzly one this morning but at least that north easterly wind has dropped a few notches on yesterday.
And the surf is pumping through as the tide hurries out in a seven and a half metres dash to a half metre low by mid afternoon.
Three to four feet of pleasantly shaped, peaking and peeling, grey but glassy walls are spinning their way to the beach, leaving the small handful of guys out there with wide, wide smiles.
Quite a few others are milling around the car park though so it could get busy later, apparently this afternoon is forecast to improve. I always subscribe to that oldest of surfing truisms though, ‘never walk away from good surf!’ ! 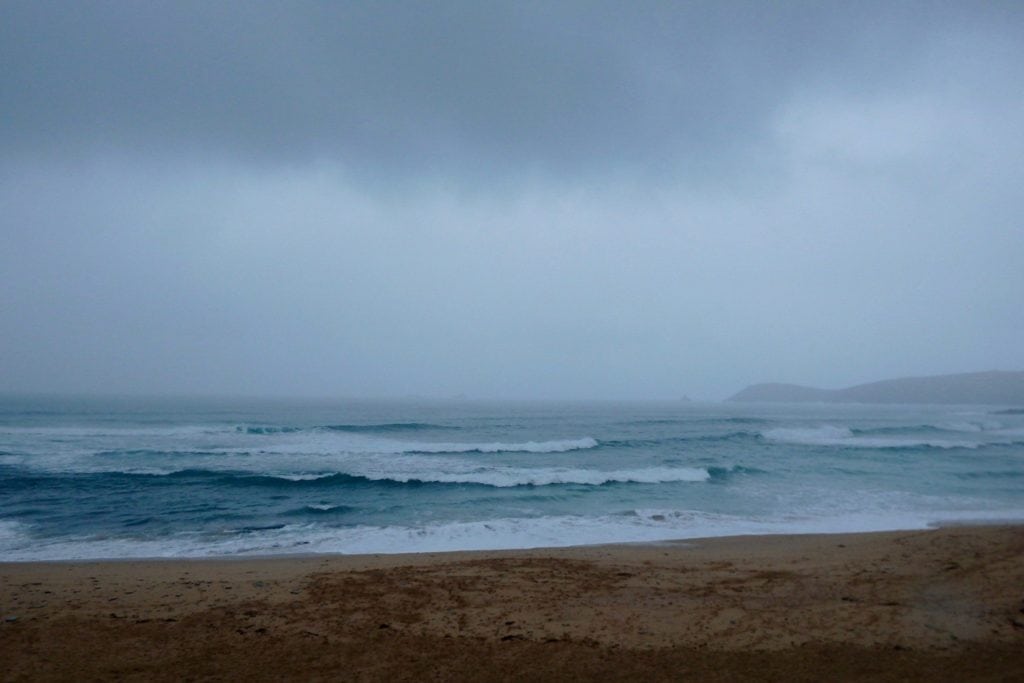 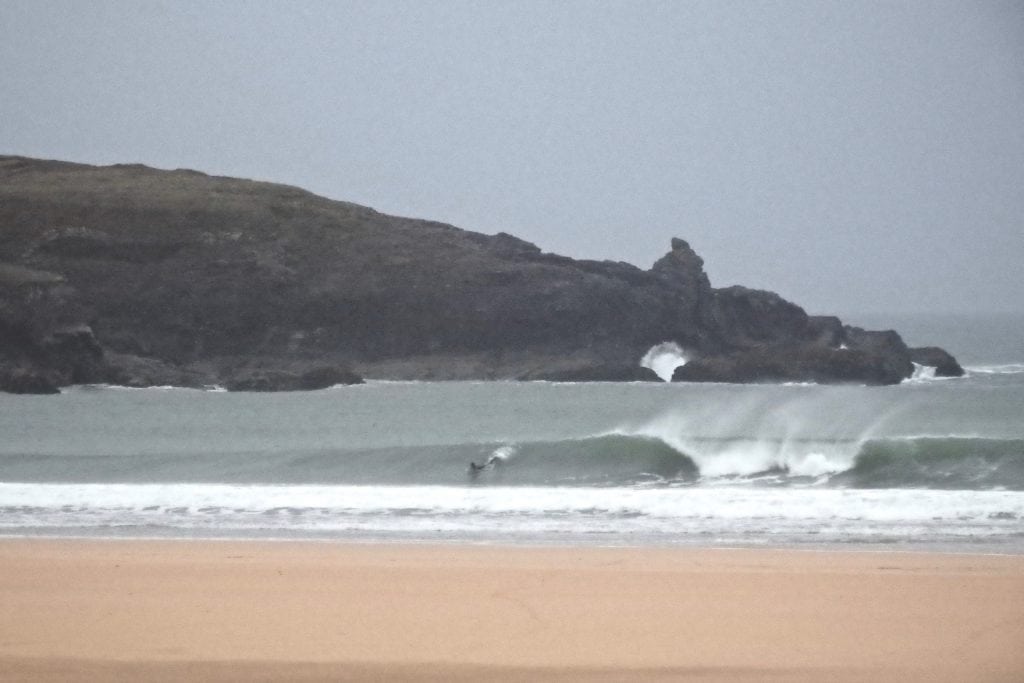 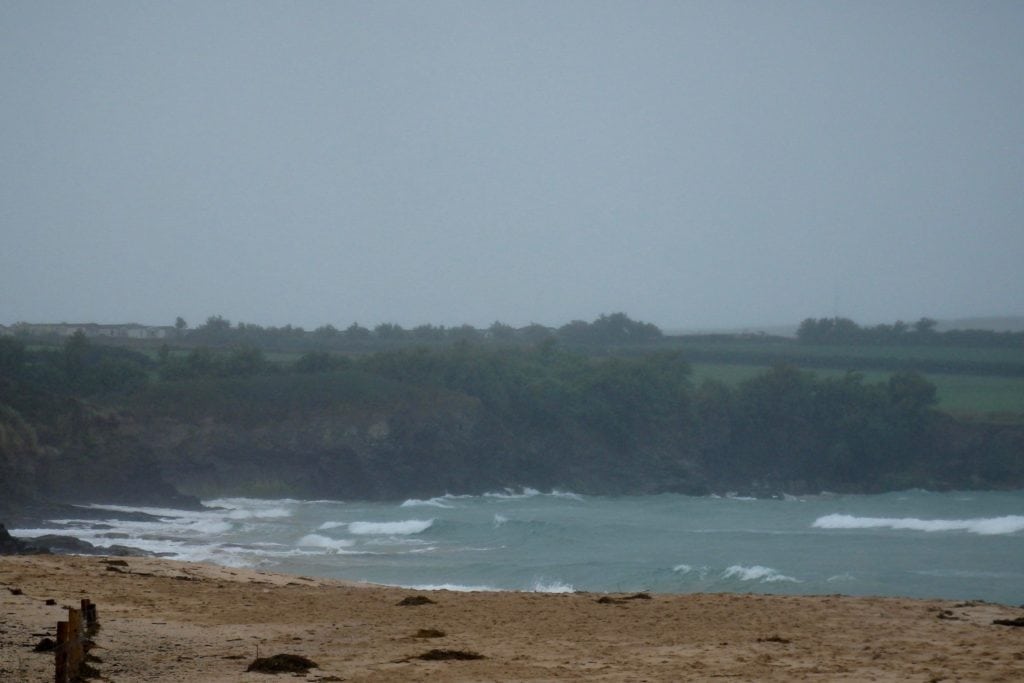 A foot or two of crumpled surf is slopping its way to the sand, that north easterly breeze only light but blowing straight onshore.
The other side is the place to surf today, three to four feet of pleasantly shaped and peeling little peaks are pushing through over there. But here is likely to have no more than a fun little choppy one as the tide drops out. 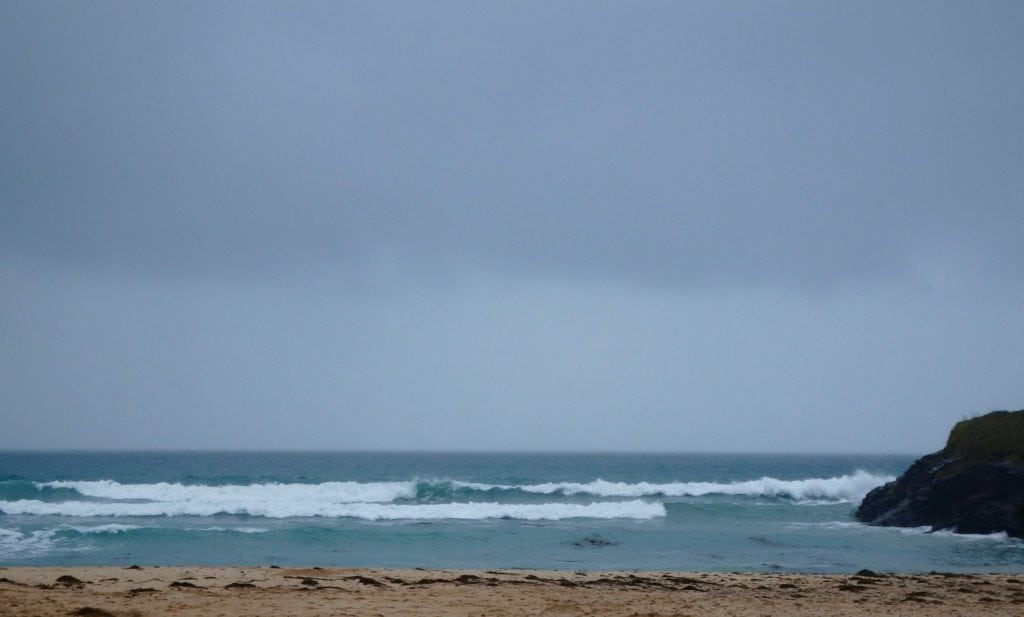 Light onshore breezes are predicted for today, very lightly slopping the three feet or so of otherwise quite strong little swell.
It could very well end up being one of those days when the reality is far better than the forecast!
Maybe.

As always, the wind is going to have a big impact on the surf conditions this week, starting out northerly, swinging southerly through midweek before settling more westerly through the end of the week.
With a pretty steady three feet of reasonably strong swell predicted to be rolling our way throughout, we should be enjoying some moments of really good surf!
Tuesday should see some clean and offshore conditions if that wind stays that degree or two to the east from north, maybe going a little more onshore (westerly), but returning to the north east again by evening.
Midweek could bring some more clean conditions with a south easterly cleaning the surf up through Wednesday morning. But only for a few hours, those Westerlies will be blowing by afternoon!
And then south westerlies will push our way to end the week, maybe building some extra size into the surf, enough to show something at Harlyn!
So, it all looks quite promising but you’re going to have to be on it to get the best out of this week’s conditions!
Have a great week, wherever you are and whatever you’re doing!