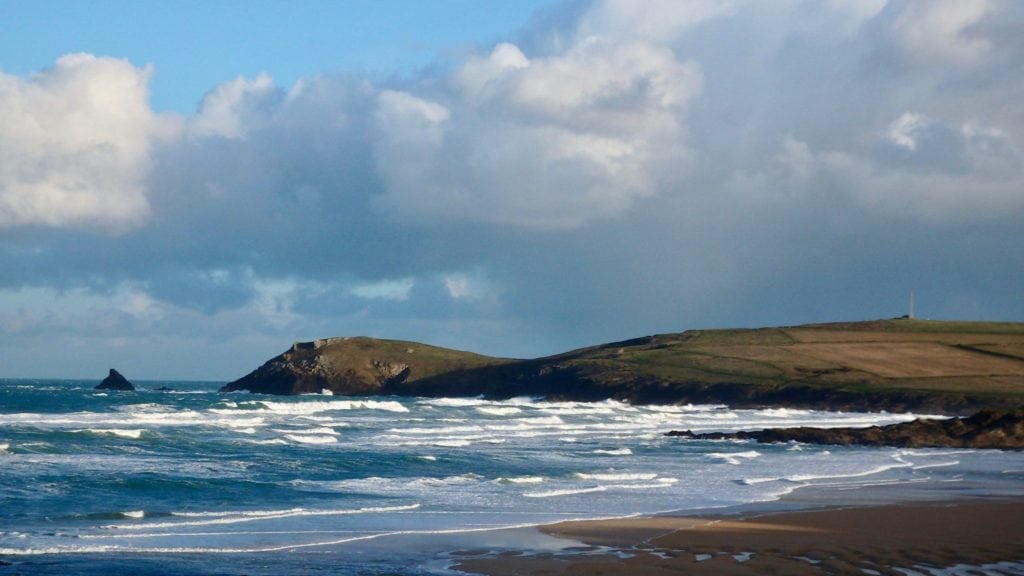 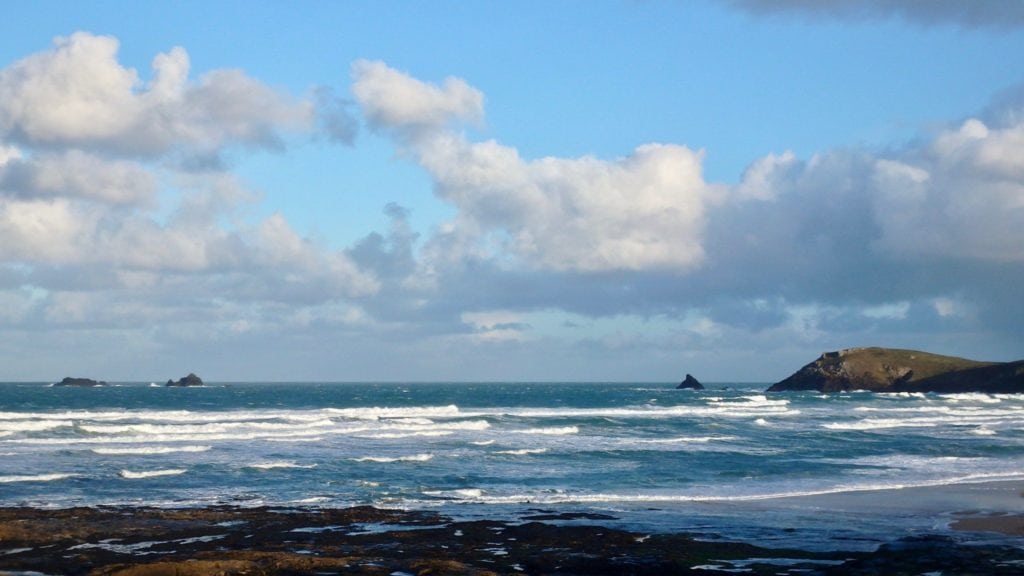 That early morning deluge of a wall of rain seems to have moved on for the minute, blown along by a winter chilled and hard gusting west nor’ westerly wind but leaving a bright and clear sky in its sopping wake.
I think that we might just be in for a day of some intense shower activity!
And the surf is trashed again this morning too; that wind is blasting straight into the bay, toppling those already slouching three to four foot waves far too early.
The wind is forecast to back more to the south west this afternoon, no good for here but maybe improving things a lot over at Harlyn!…. 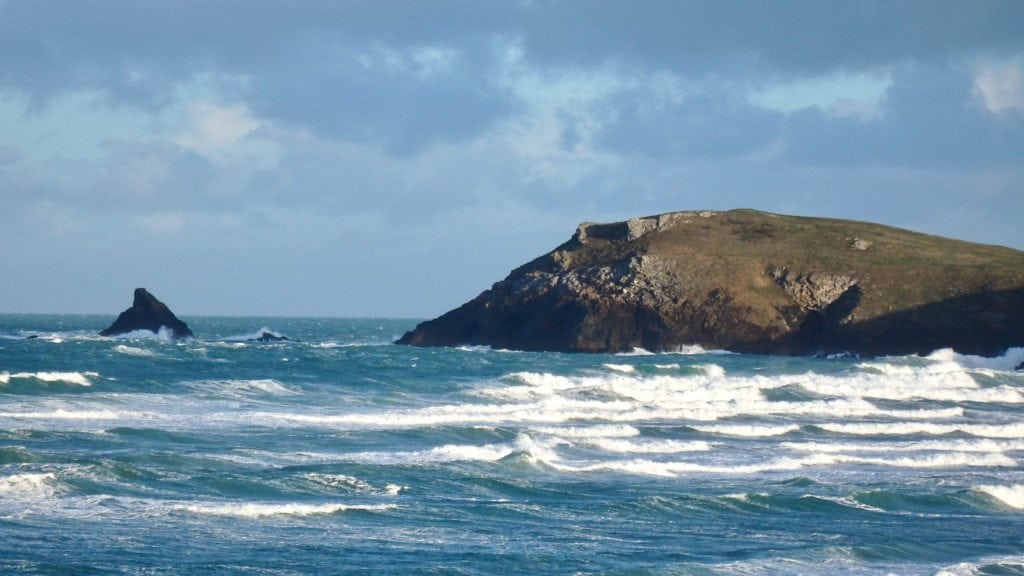 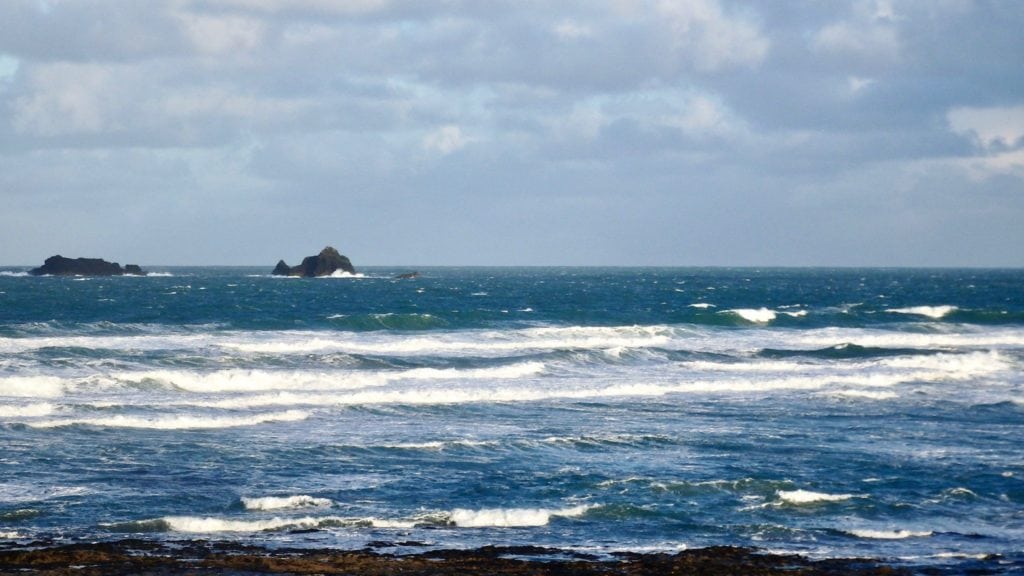 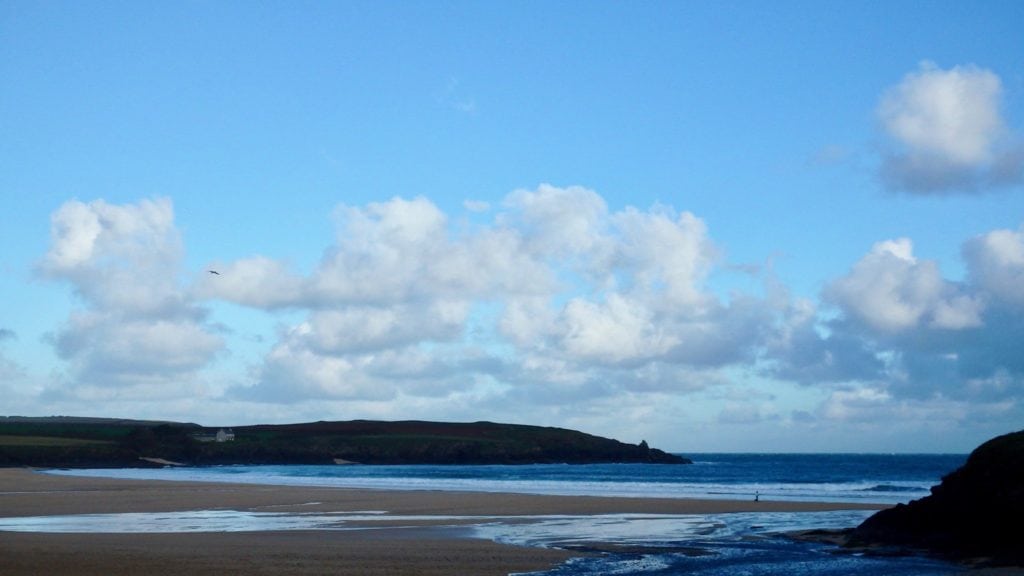 The wind is blasting in here this morning too, pulling and pushing the two to three feet of inconsistent and hesitant surf.
the forecast is for the wind to back gradually through the west o south westerly through this morning, allowing conditions to improve a lot by this afternoon. And with barely two and a half metres of tidal movement today, we might just avoid that low tide drubbing that Harlyn is known for.
It could just be fun in between the showers! 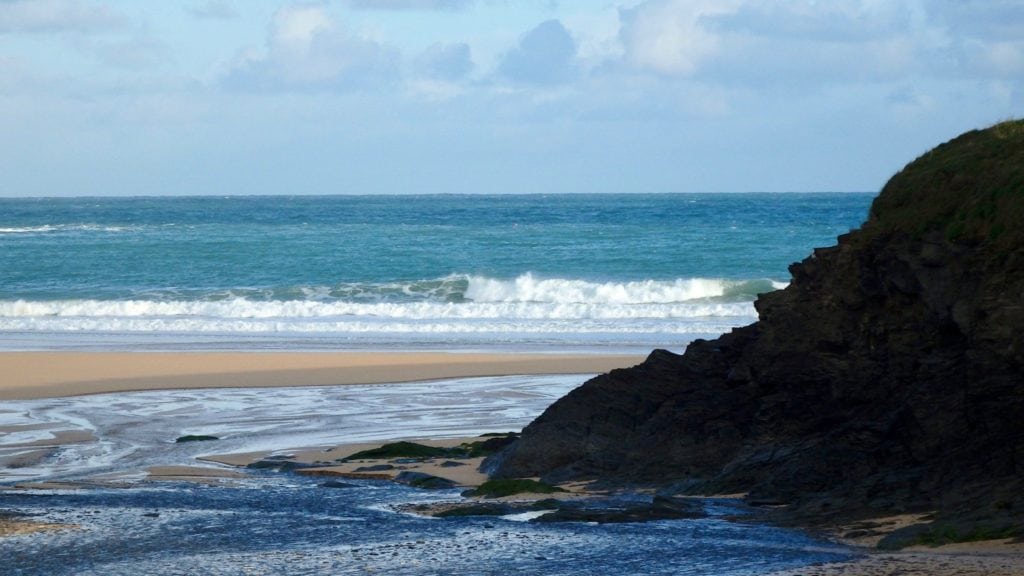 The lighter winds are still going to be onshore but gradually we should see an improvement, only ever so slowly but the wind should calm and ease throughout the day. And a brighter day it should be, which always helps to get you enthused!
But it is still likely to be mainly three to four feet and sloppy and choppy, pretty much everywhere along this coast.

Those blasting winds of the weekend are only reluctantly going to leave us alone, still gusting through at the start of the week after giving us some hope of calmer during a brief easing during Monday evening. But that gusting north westerly is back for Tuesday morning although it should veer south westerly soon enough and that will transform Harlyn!
So Harlyn will be showing some style again through Tuesday afternoon and that should keep us going well into midweek.
And then it might just be a while before we need to trek over the headland to Harlyn again as the wind calms and switches direction, while the swell size dies.
Yes, we can expect calmer, brighter and much more fun conditions to kick in for the back half of the week, the swell easing to small and then to tiny but only for a few hours. A new swell should be with us for the weekend!
So we have light offshore breezes and bright sunny weather with decent rolling swells to look forward to at last but maybe not until the second half of the week. And it does look like it’s here to stay a while too!
Have a great week, wherever you are and whatever you’re doing!