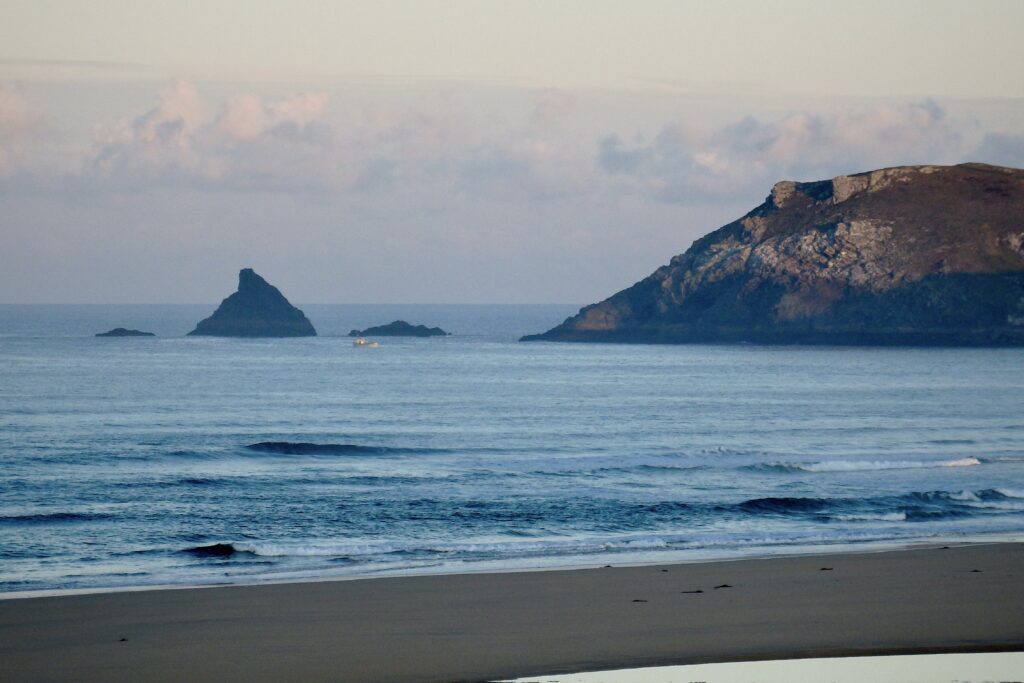 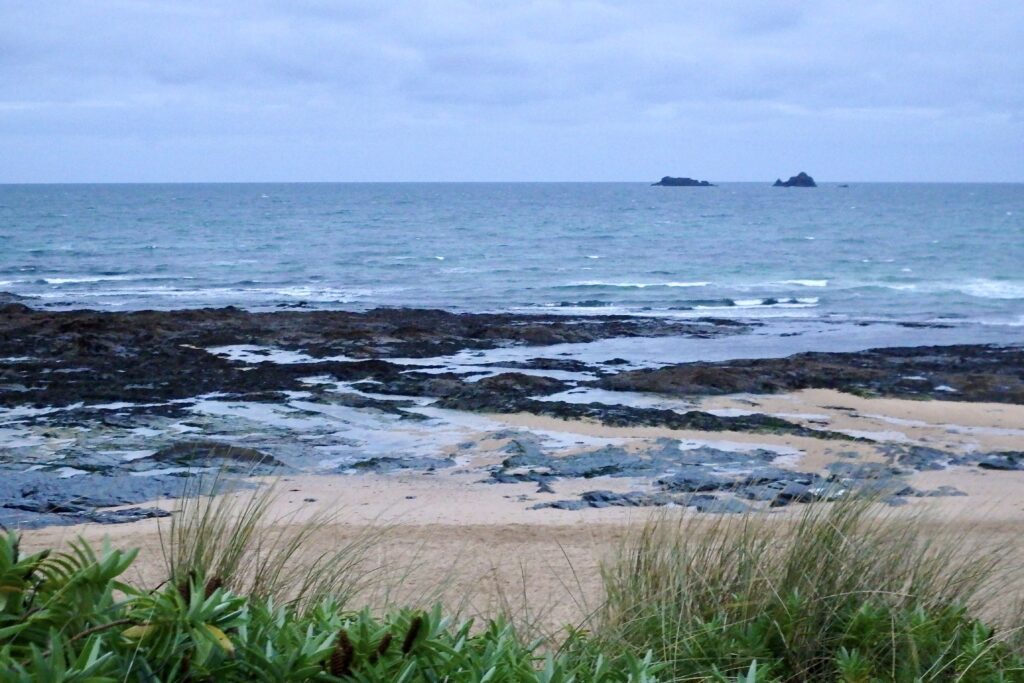 There’s a chilly wind blowing out there this morning, a steady nor’ wester keeping temperatures low as it scoots across the headland, chopping the surf as it does so.
But the sky is mainly clear with a few rag-tag bundles of clouds being tumbled away to rain on others.
And we have that same swell still rolling into the bays, three to four feet of bumpier and lumpier, choppier surf this morning but still holding its shape. A few left-handers reeling across the back of the Reef to tempt you that way or that peak rolling onto the back of the Point teasing you this way.
It ain’t great but there are a few to perform on! 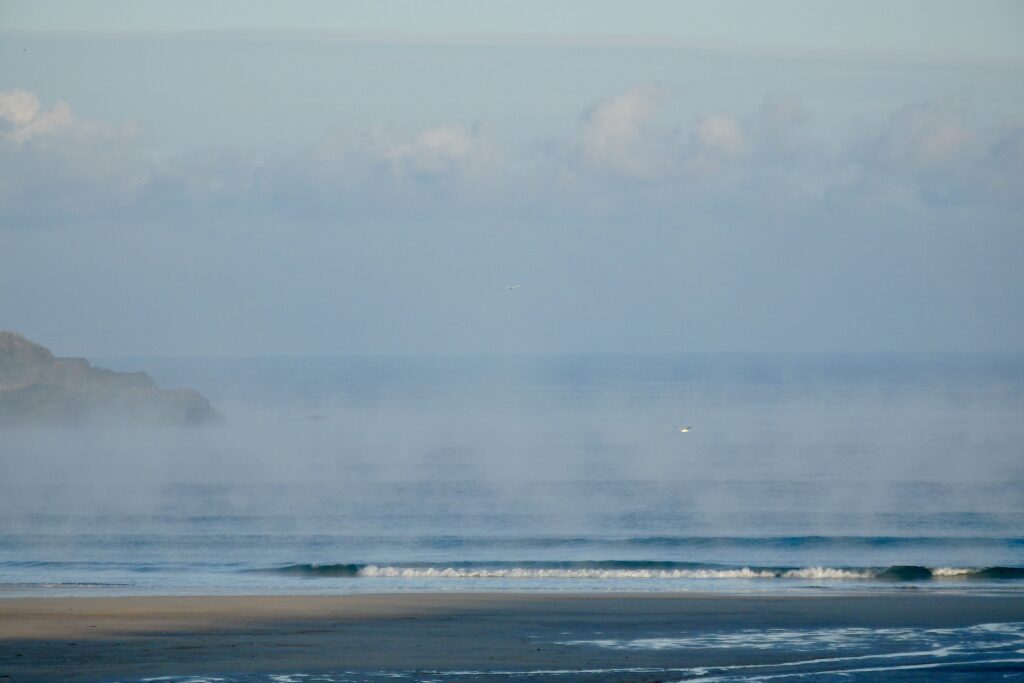 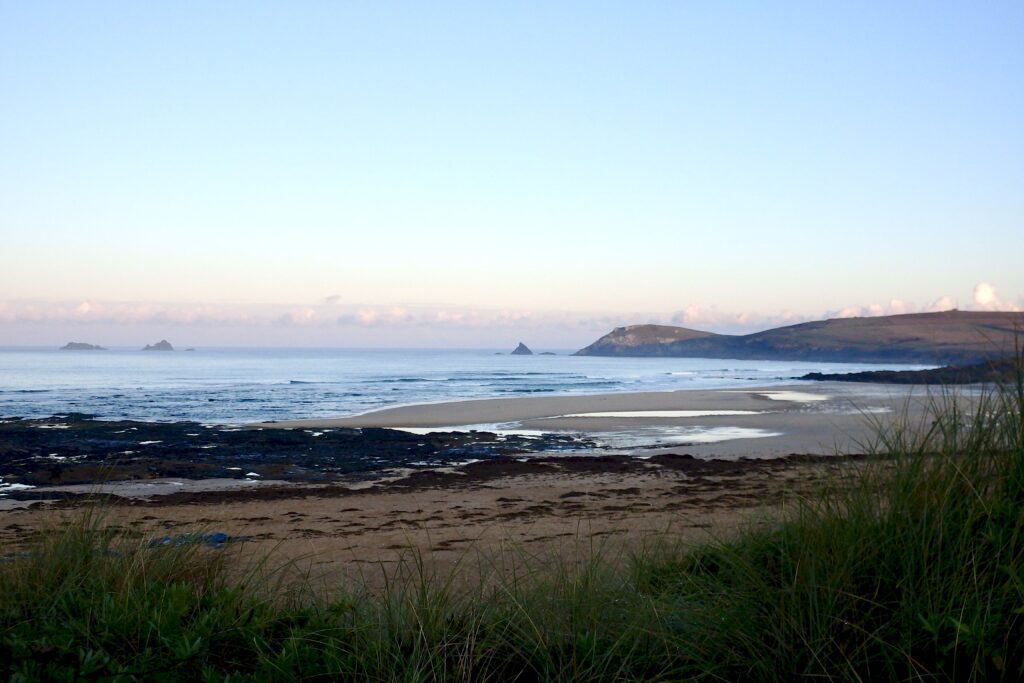 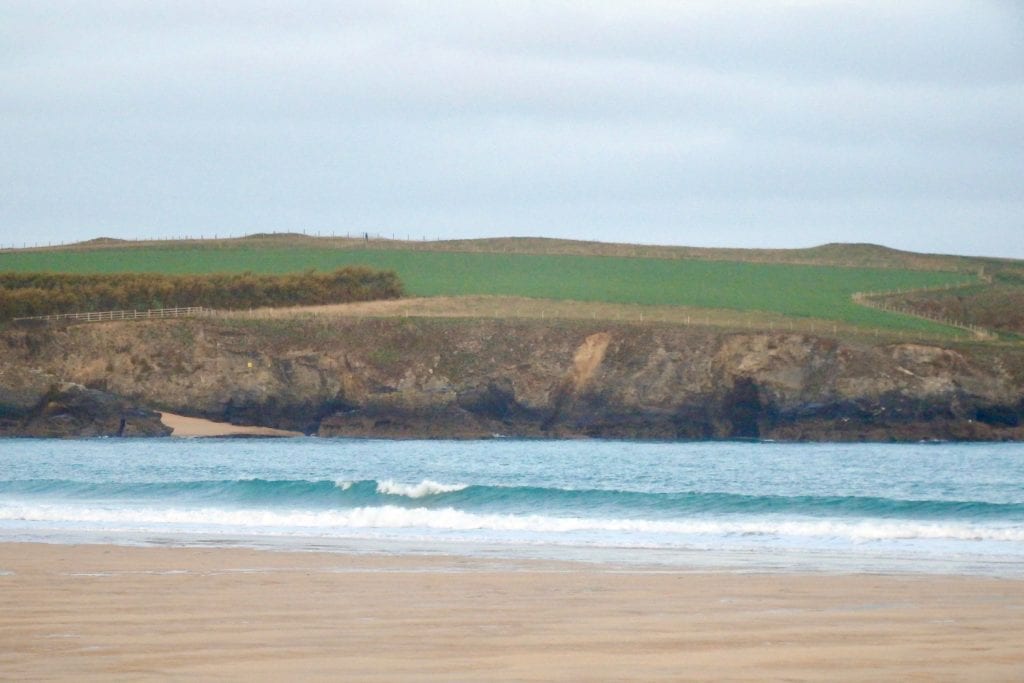 A couple of feet or so of uneven and bumpy little waves are stumbling into Harlyn this morning, breaking a little randomly and hesitantly here and there or crashing over for too far on other sections.
It’s hardly great with that chilly wind blowing onshore but it’s not blowing too strong and the sky is bright enough to be cheerful so if you’re here and feeling it then you’ll probably have fun. 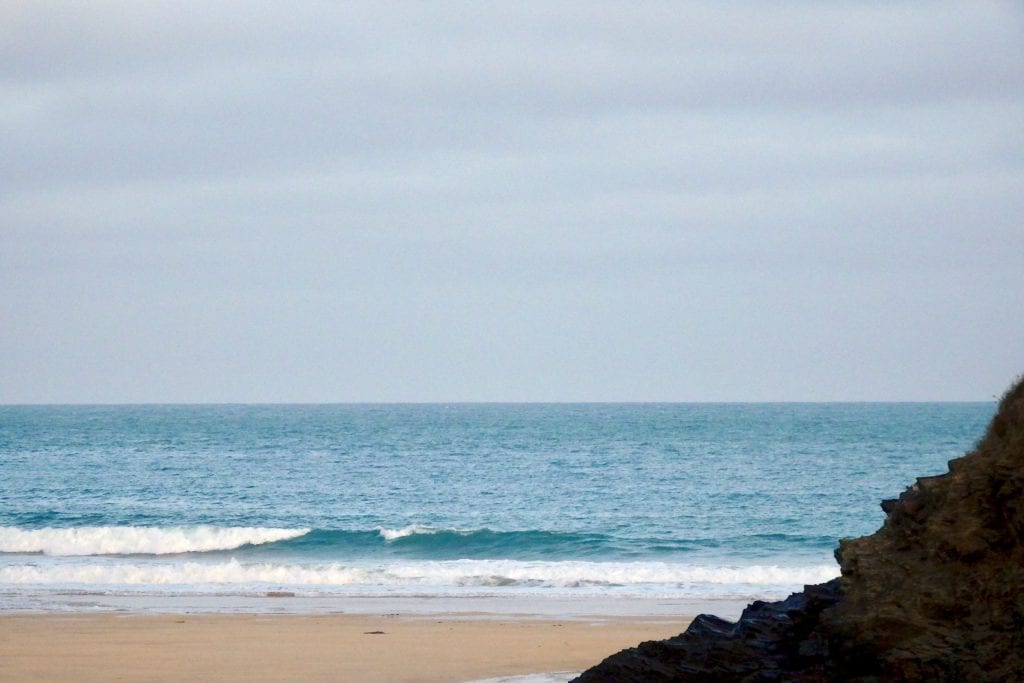 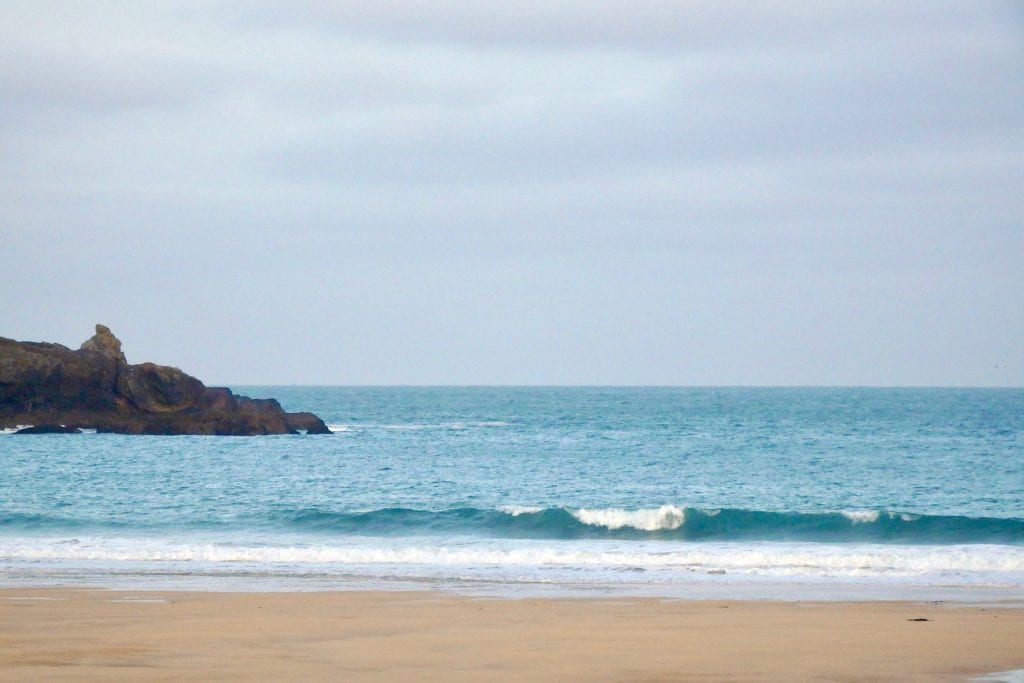 That northerly wind is set to continue to whistle down the coast again today, not too strongly but cold enough to make itself felt and onshore enough to slop that otherwise same swell that we have had all week.
So, three feet and choppy it is then on another bright but wind-chilled day!

Ah, we just can’t get enough of these bright and cheery, calm and pleasant surf filled autumn days can we!
And there’s no sign of any let up just yet.
Well, not until next weekend maybe but that’s a long way off just yet.
So another sun and surf filled Monday will start the week with those light offshore breezes shaping and molding that same three to four feet of rolling swell.
Tuesday could feel a little chillier as the breeze strengthens and switches more to the north, going north westerly and so chopping the chunky four foot swell.
But by Wednesday we should be back to enjoying those light offshores, now from the north east and so feeling a bit bitey and chillier but still sunny with great waves.
And that is likely to be the way off it through the back half of the week, bright and sunny, chillier conditions with a couple to three feet of enjoyable surf.
Make the most of it if you can though, it won’t last forever!
Have a great week, wherever you are and whatever you’re doing!