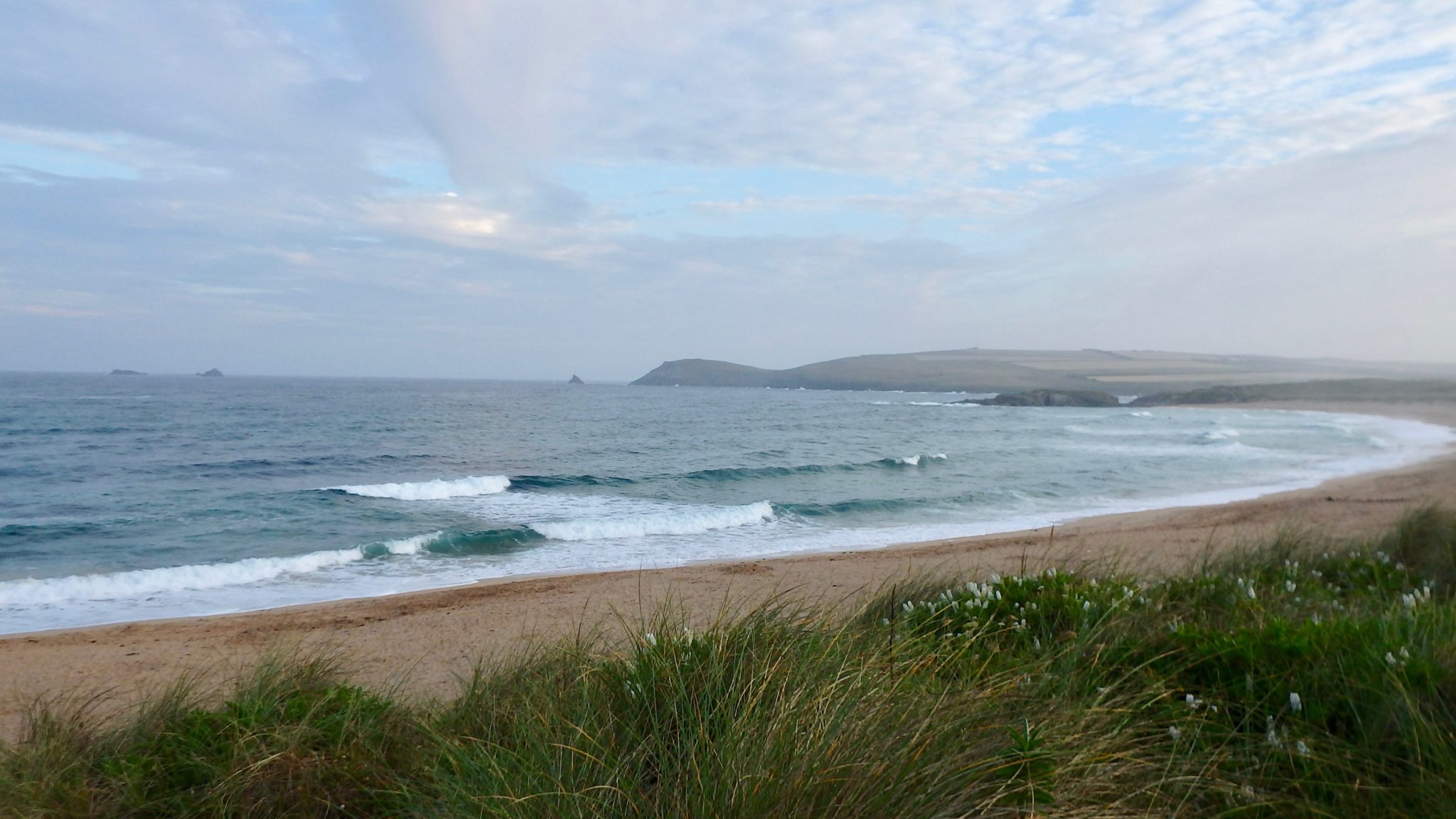 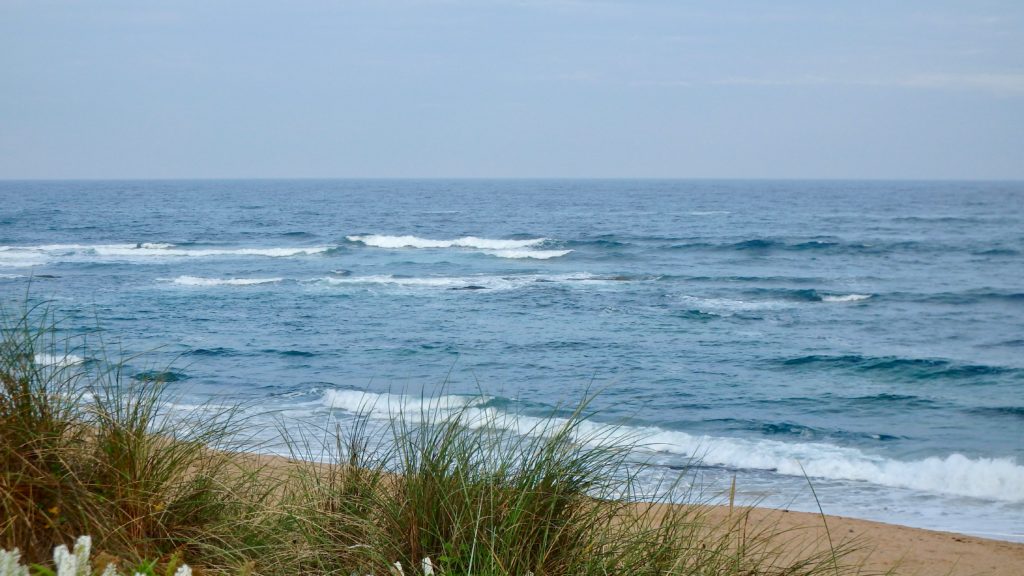 A bright and shiny morning is being only slightly tempered by those occasional streaks of grey, a promise of damper for later maybe.
In the meantime the breeze is light, the sun is bright and a couple of feet of wishy washy but very surfable waves are washing in. That breeze is west nor’ westerly at the moment, not brilliant but it is superlight, just putting a little ruffle on the sea’s surface. So some of those little waves are managing to break with some direction and a little bit of shape.
yep, it promises to be a typical summer’s day of so, so surf and okay weather.
Until later!

Our telephone isn’t ringing at the shop so don’t think that we’re not bothering – we just don’t know that you’re there! It should be sorted later today! 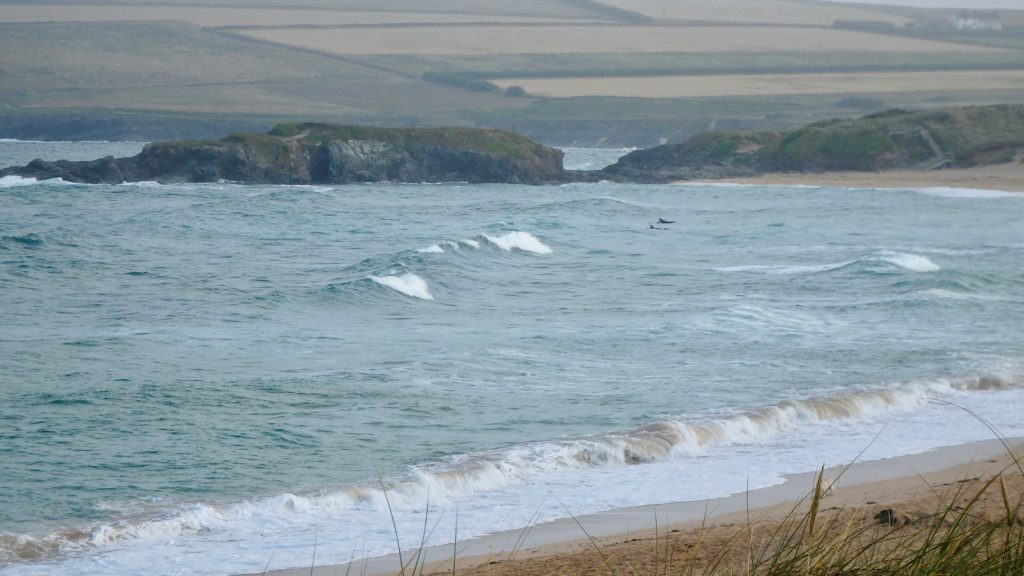 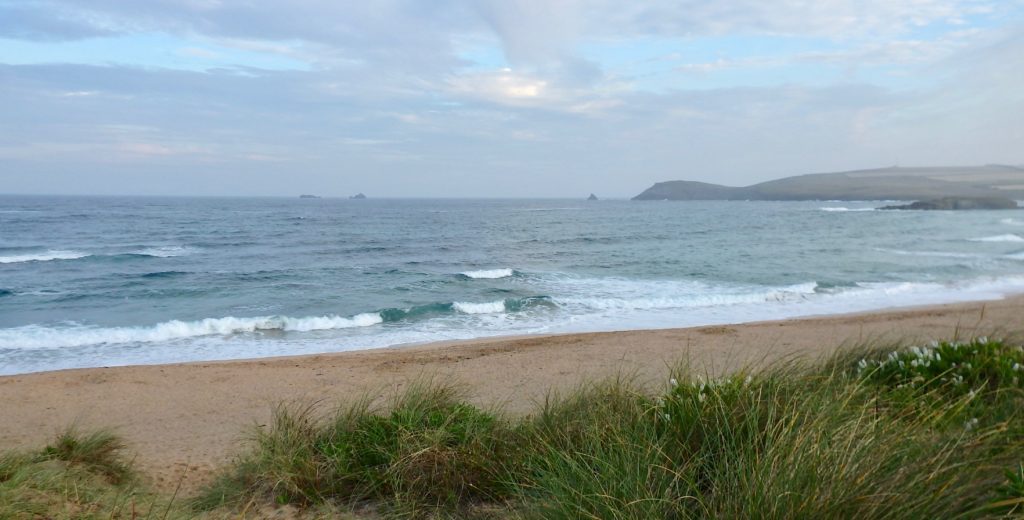 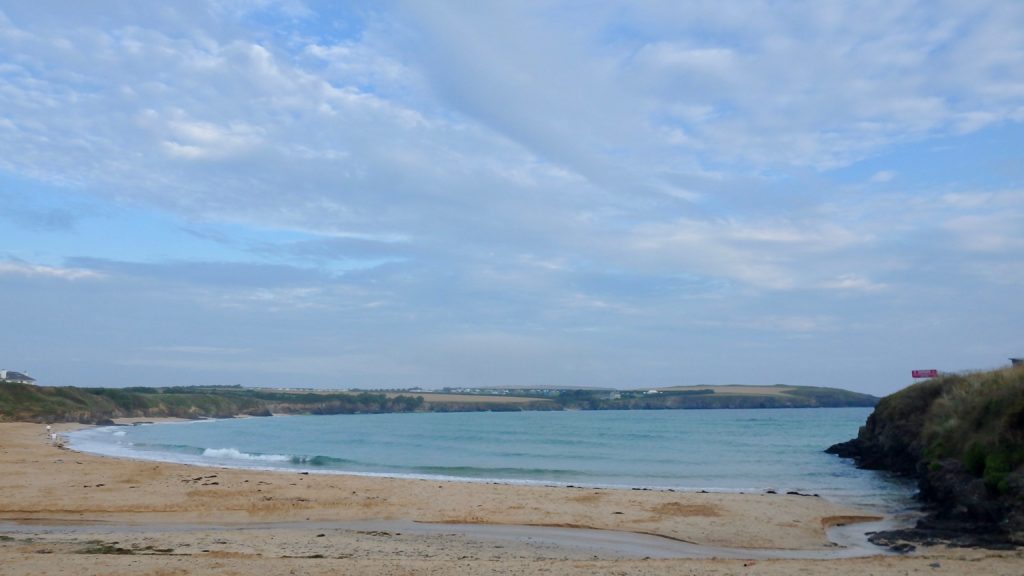 That bright sky is reflecting nicely off the turquoise sea here this morning, the waves all but flat, the breeze a whisper and the temperature warm enough.
It could be a day to drag the SUP board or kayak out there for a paddle but you’re not going to get many waves! 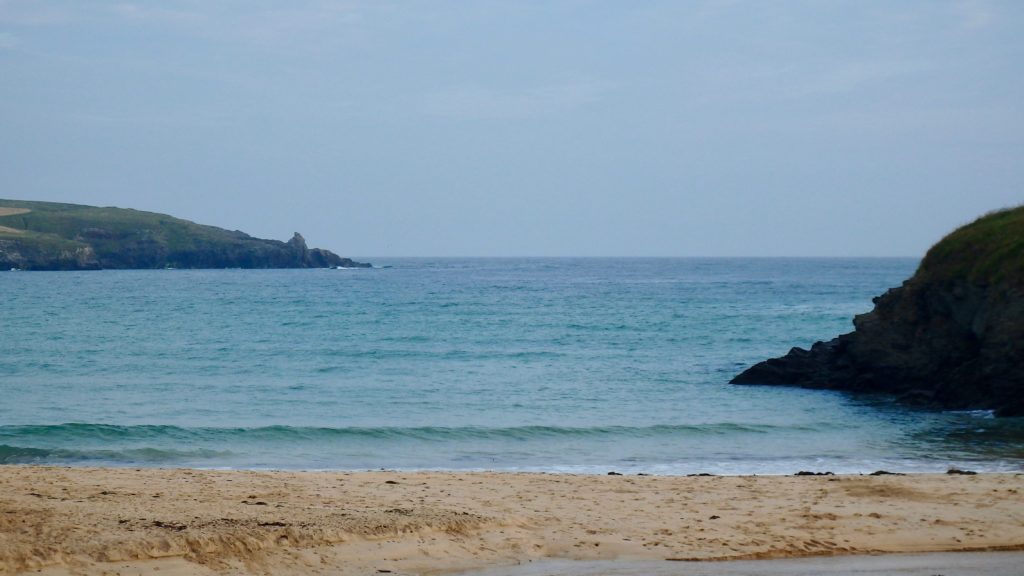 Another day of onshore winds and small, weak waves is on offer, a typical British Summer’s day of surf really – two feet and onshore!