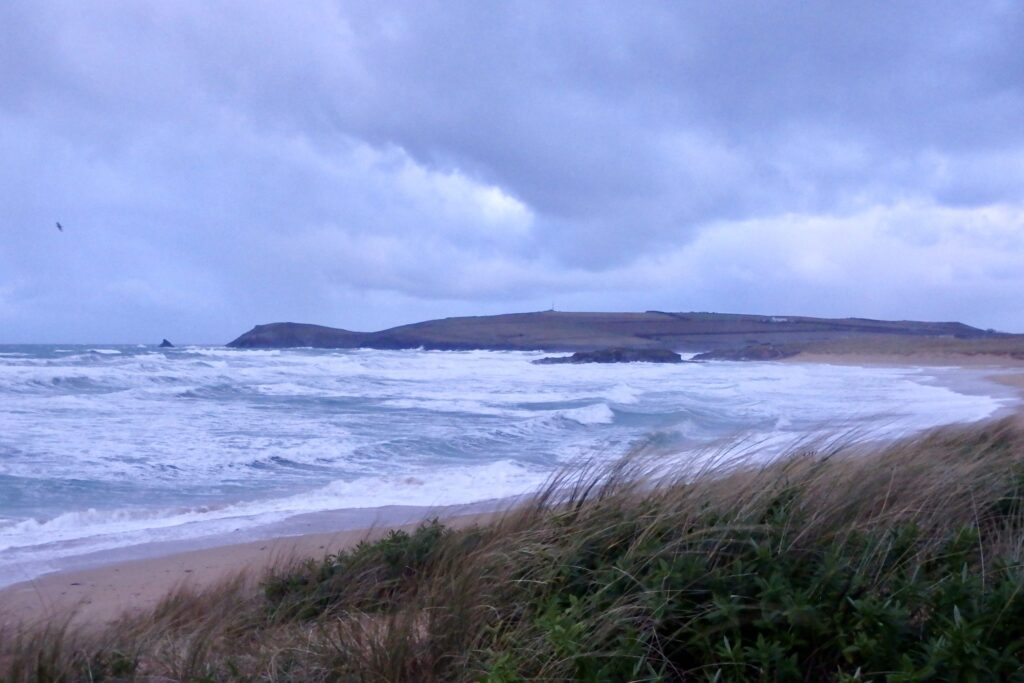 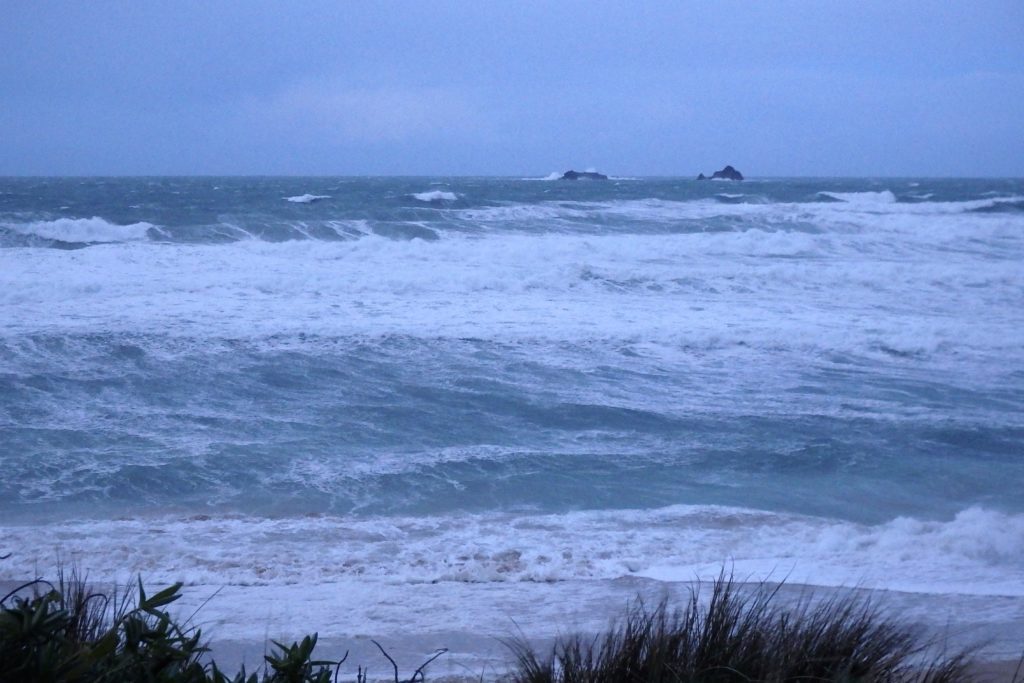 A cold nor’ wester wind is whistling into the bay this morning while the last of those stinging showers now seems to be wandering away across the dunes leaving a bright enough sky and a picturesque if wild Atlantic to flail around in the wind.
Big lumps of waves are crashing in but there’s not much to think about surfing on! 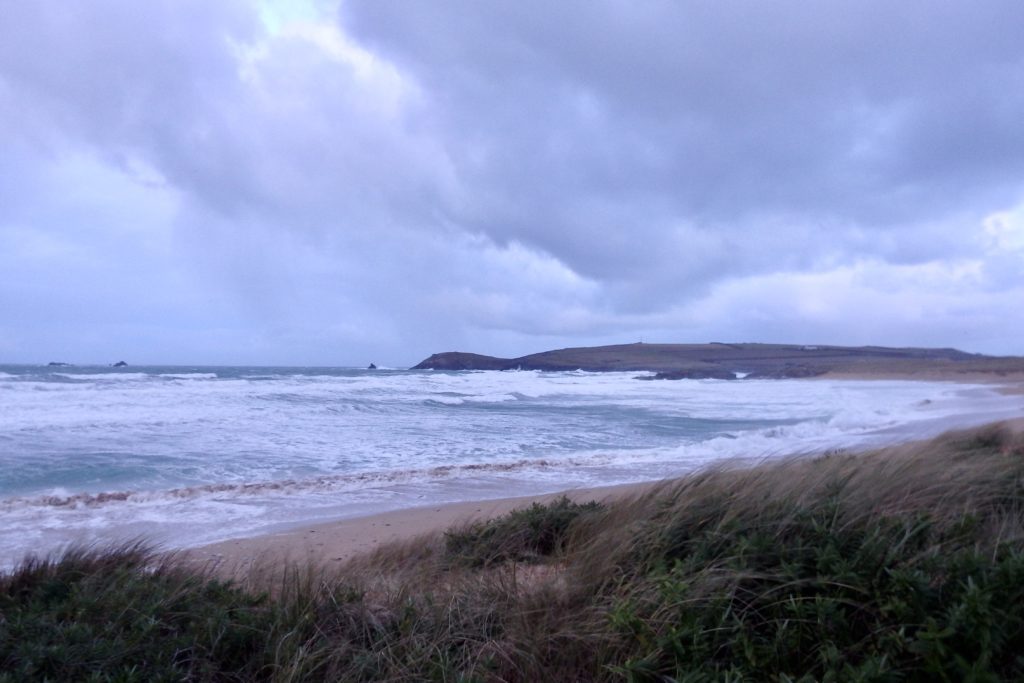 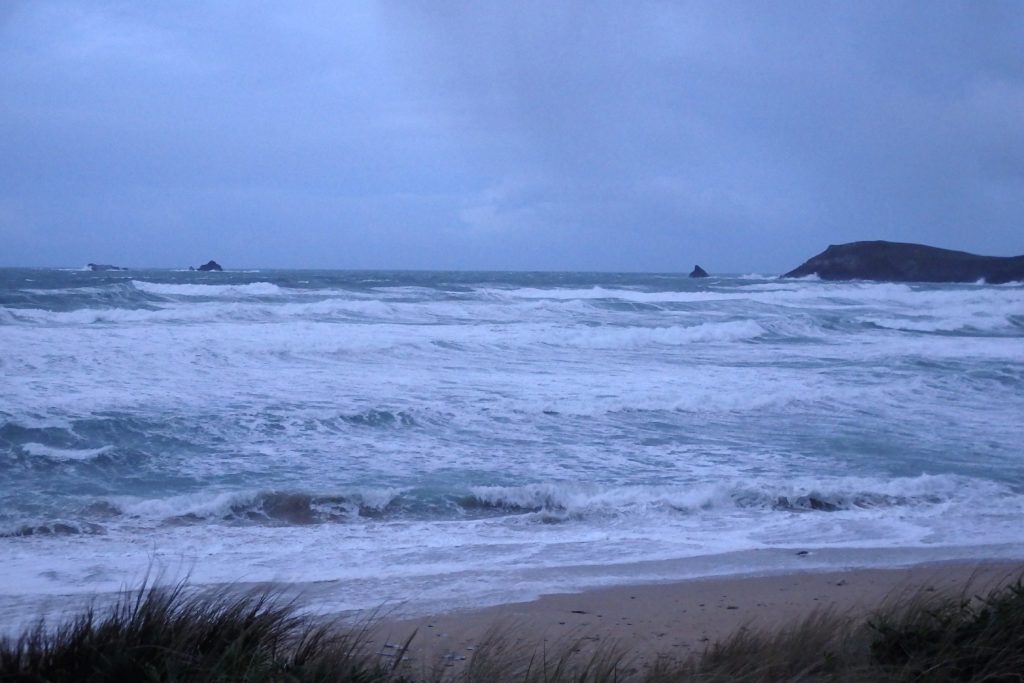 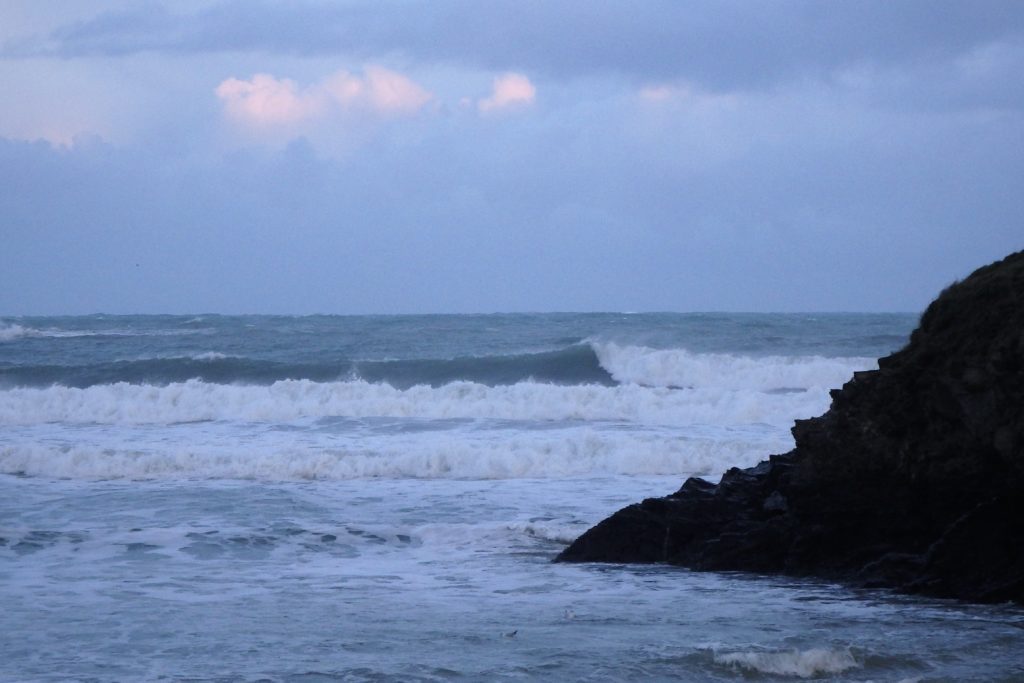 Cold north westerly winds are gusting into Harlyn this morning, tossing and churning the already lumpy and choppy surf. It’s probably three or four feet but that doesn’t matter, the wind has made it such a mess that there’s not much to ride.
The far coast is the go again today! 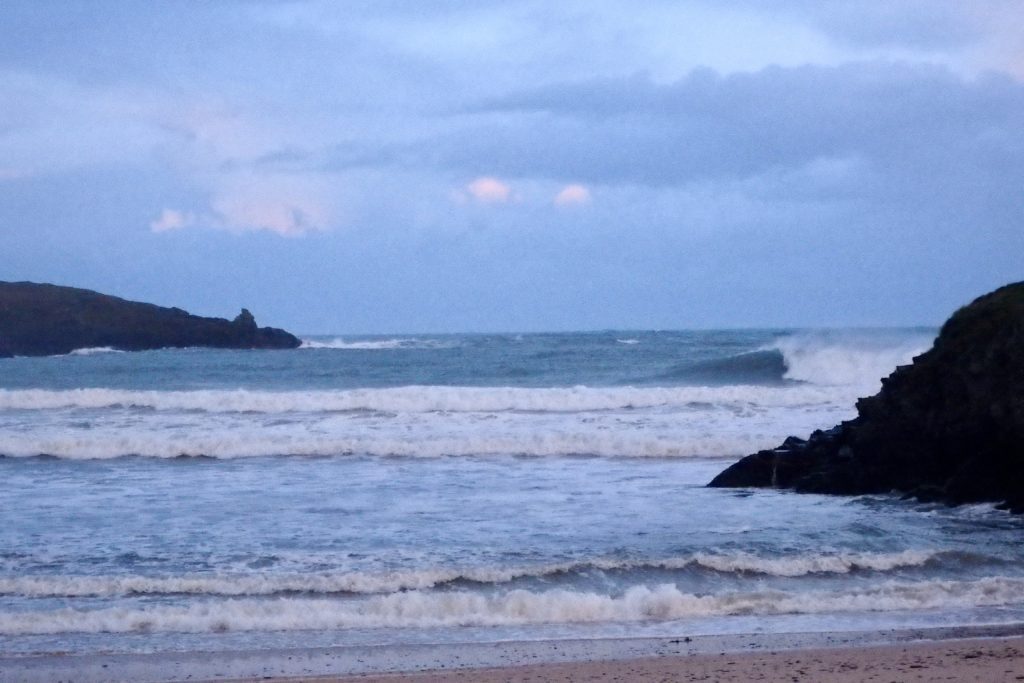 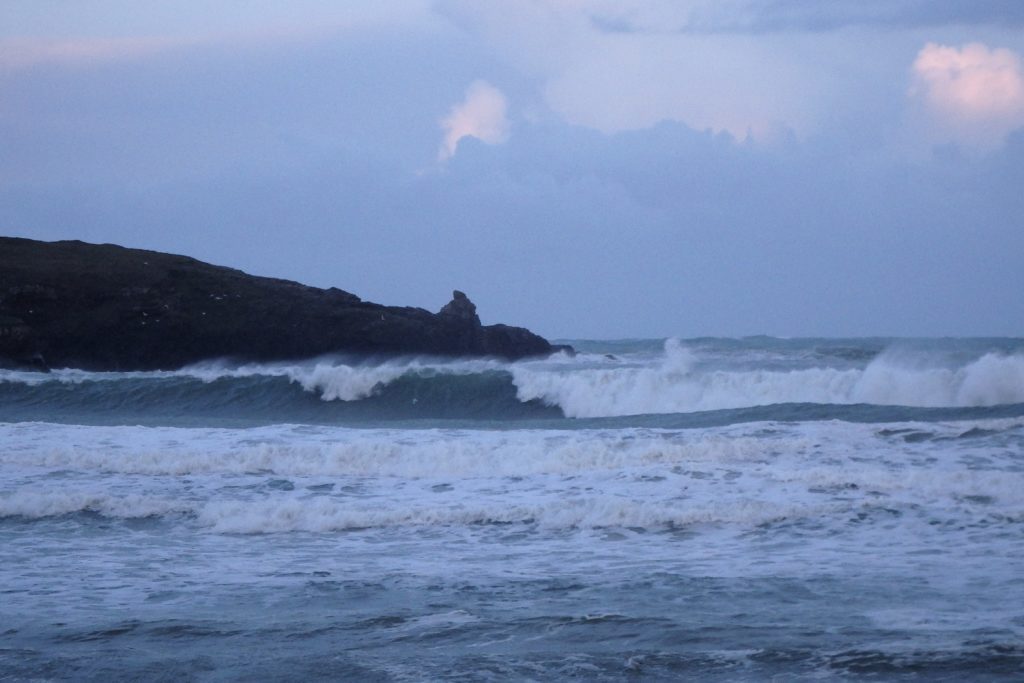 The wind is probably going to continue to blow hard from the north west all morning again but it should gradually back south westerly through the afternoon, allowing Harlyn to tempt you across there!

I hope that you made the most of last week’s calm conditions!?
Because we are quickly back to those wild and woolly winter winds along with plenty more driving rain.
Starting out from the south west, the wind is likely to bluster in backing more to the north west by Tuesday and staying that way through midweek. We might just enjoy a calmer day on Thursday with maybe some offshore breezes to help shape the much smaller waves.
And then back to a gusty sou’ westerly going more west to end the week.
So, a day or two of crunchy Harlyn, followed by some hopefully good south coast action for another couple of days with a quick few hours interlude of main break action over here before returning to Harlyn.
Have a great week, wherever you are and whatever you’re doing!