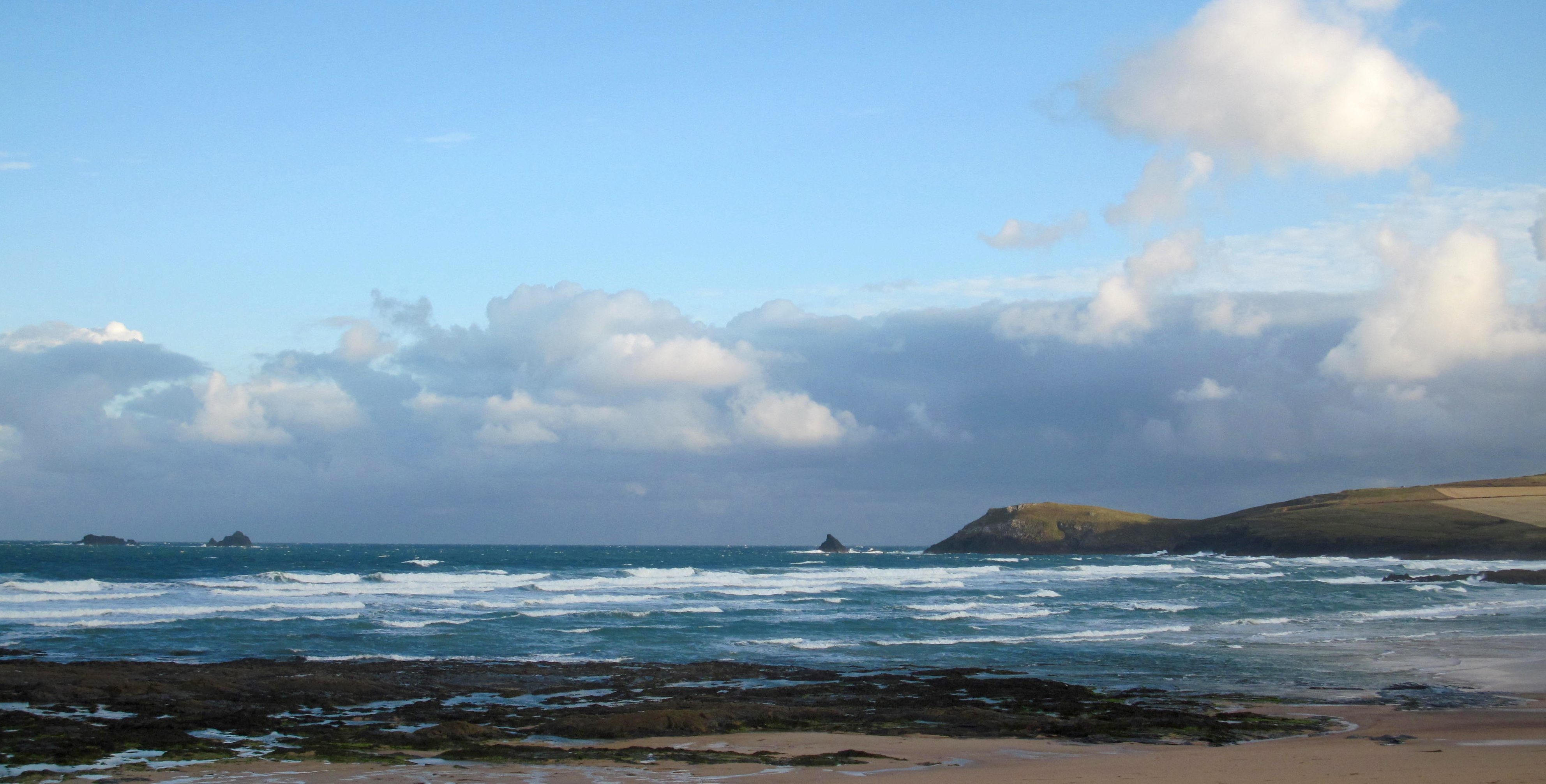 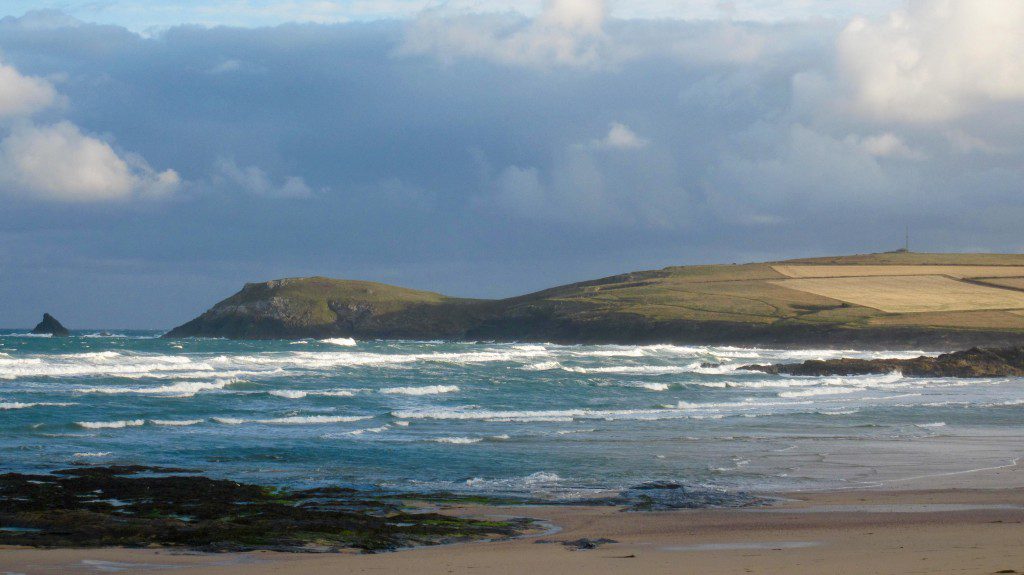 It is a little brighter this morning and the wind is a little less than it has been and the sun is a little shinier too.
But when I say, ‘a little’, it is just that!
The wind is still howling and screaming into the bay but today from the north west, that chilly wind direction that is onshore everywhere along this coast.
And so it is another more autumnal day than one you would want in high summer; the surf is trashed by the wind the rain clouds are being shoved across the horizon by the same wind but so too are the gaps of sunshine.
The wind is likely to very slowly ease off but we are still going to be enjoying some blustery stuff all the way through today.
So, any good films showing anywhere? 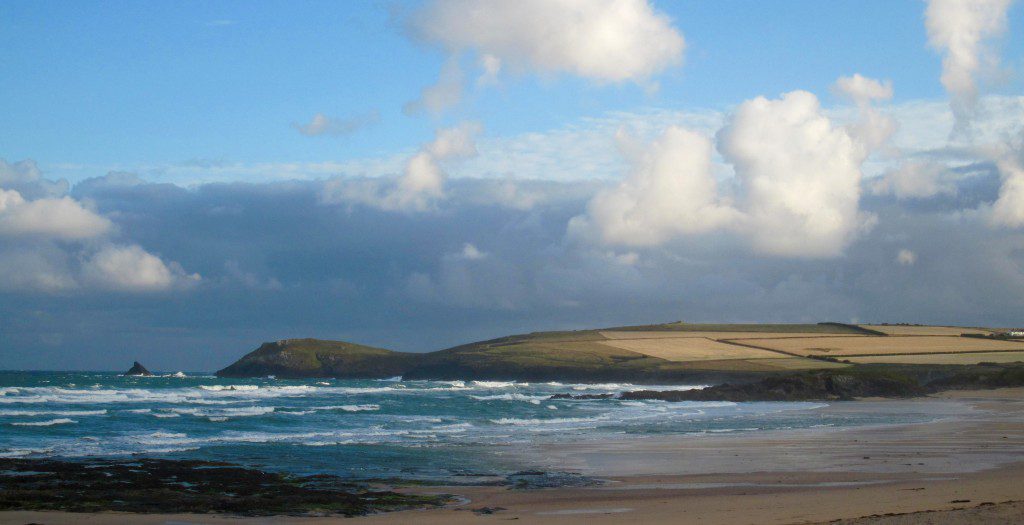 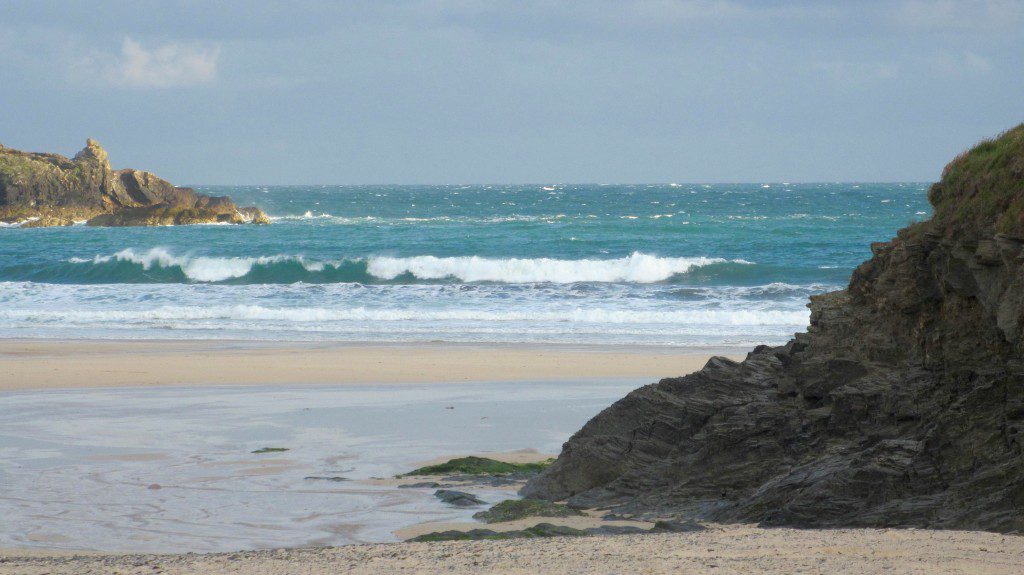 This is where we are probably going to end up surfing today but it is still more onshore than you would want.
But Harlyn can be fun in a onshore wind, the young ‘uns love to launch their little air hops from the ramps that are thrown together by those choppy and windswept waves bouncing around the place.
Right now there’s a couple to three feet of deep blue waves being held by that wind before they explode shorewards, a stuttering close-out of a wave but probably fun once you’re in there. By high tide it could be a little more forgiving! 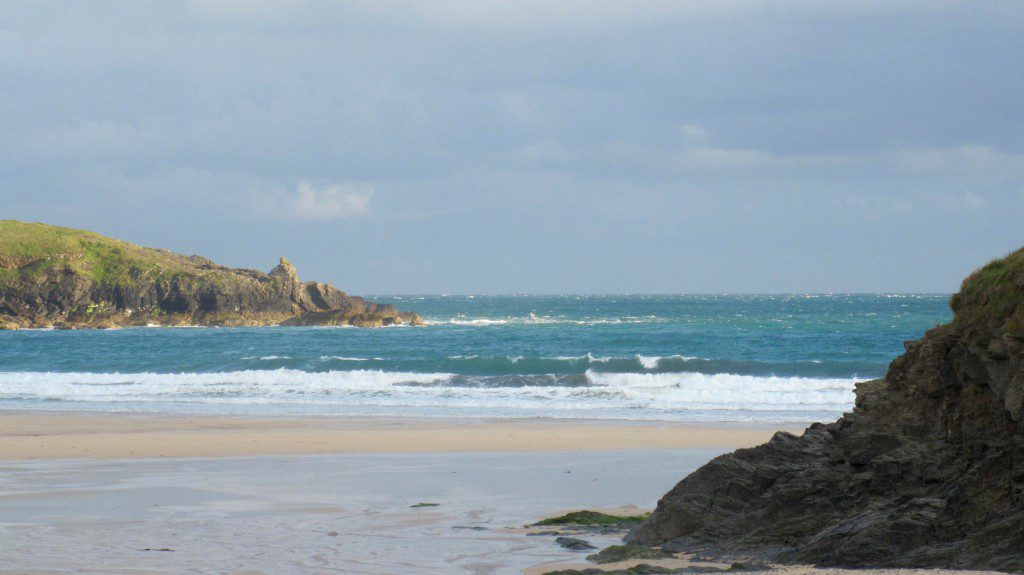 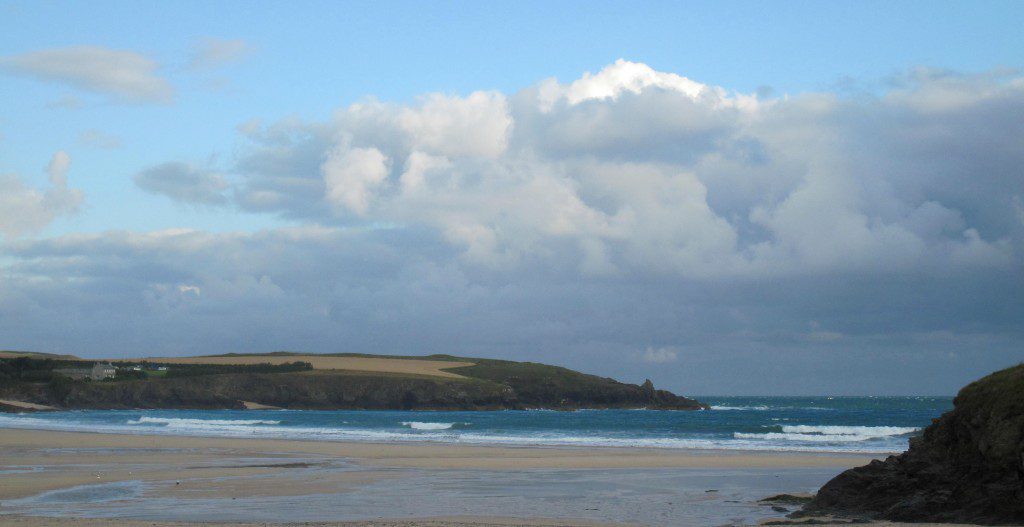 And on it goes!
It should be a much brighter day today but those north westerly winds do not seem to be in much of a hurry to move on.
It looks as though it’s going to be onshore all day long with a dropping swell size too.
So, a three foolish close-fetch and localised wind swell is going to be blown a bit raggedy again by these onshore winds!

Big and windy, wet and even stormy conditions are going to start this week off!
It might be the end of July but we are enjoying some very wintery surf conditions with a thick, wind-driven, lumpy swell, rolling all along the coast.
Those strong westerly winds are going to take us well into the middle of the week when they then look like they will slip to the north west, onshore everywhere.
But in the meantime it’s going to be Harlyn all the way! Three to four to five feet of solid and churning surf with strong offshore to sideshore winds are on the schedule with plenty of rain and not much brightness!
Don’t you just love the summer holidays!?
Have a great week, wherever you are and whatever you’re doing!