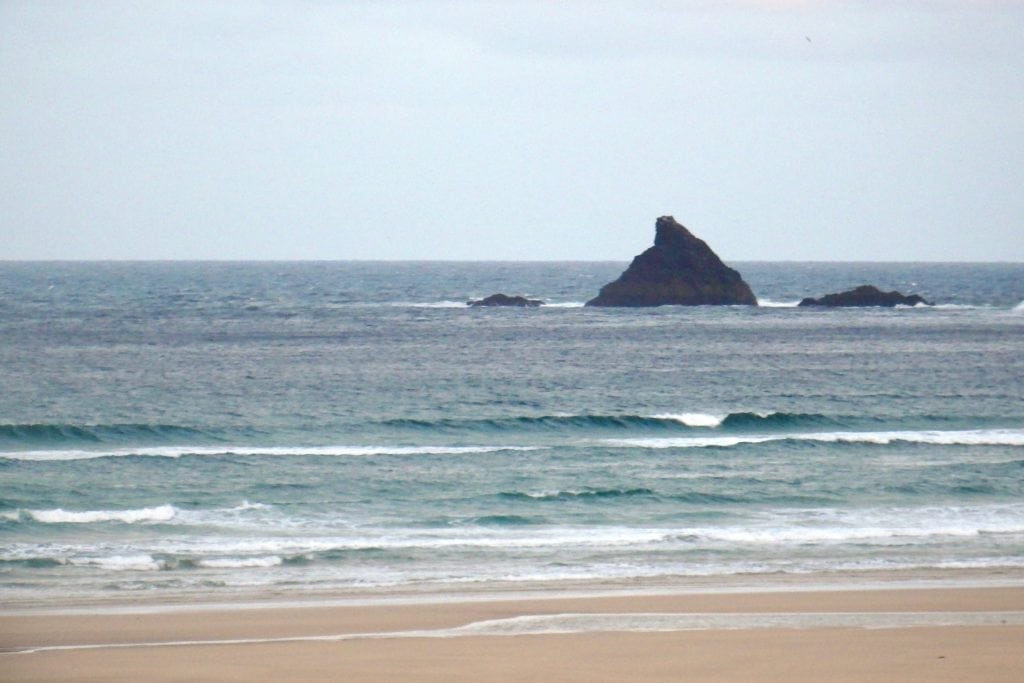 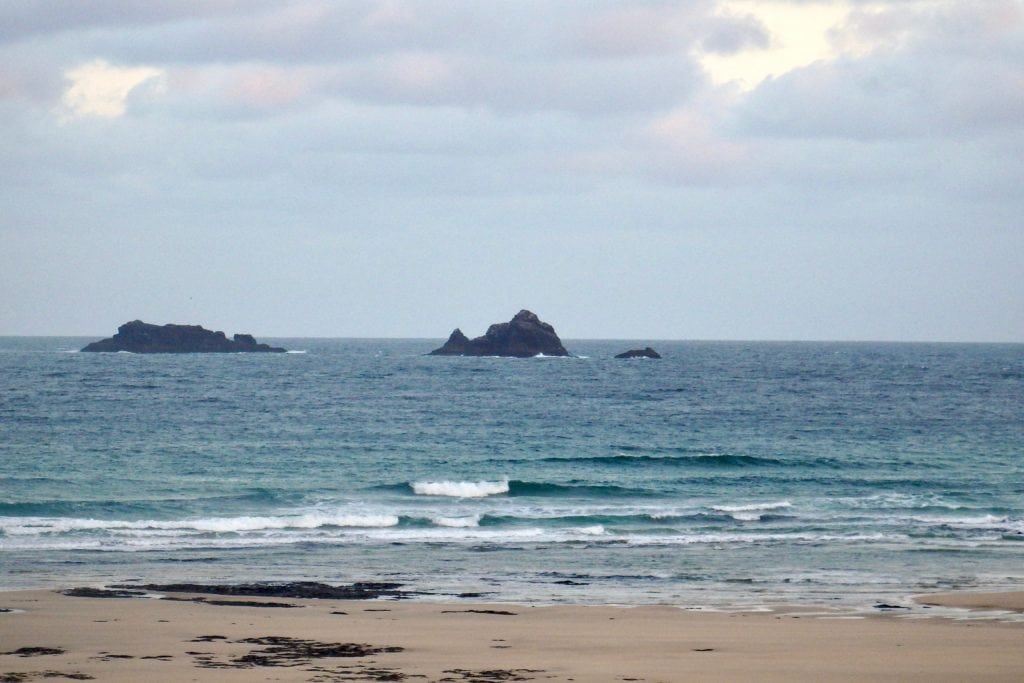 Autumn’s chill winds are writhing across the bay this morning with plenty of thick and wide grey ribbons of morning cloud hesitating before clearing, pondering the worth of a downpour maybe.  But it’s the chill from that north easterly breeze that is claiming this morning, dropping yesterday’s temperatures by a full 10 deg C.
And that north easterly is tugging and pulling at the three foot swell, blowing mainly offshore but adding ribs and lumps to some almost crumbly lumps of two foot waves, while hollowing out other more tubular and bigger ones.
It should be good later but I think that we’ll have to be patient and maybe a little choosy too.
But it should be worth it! 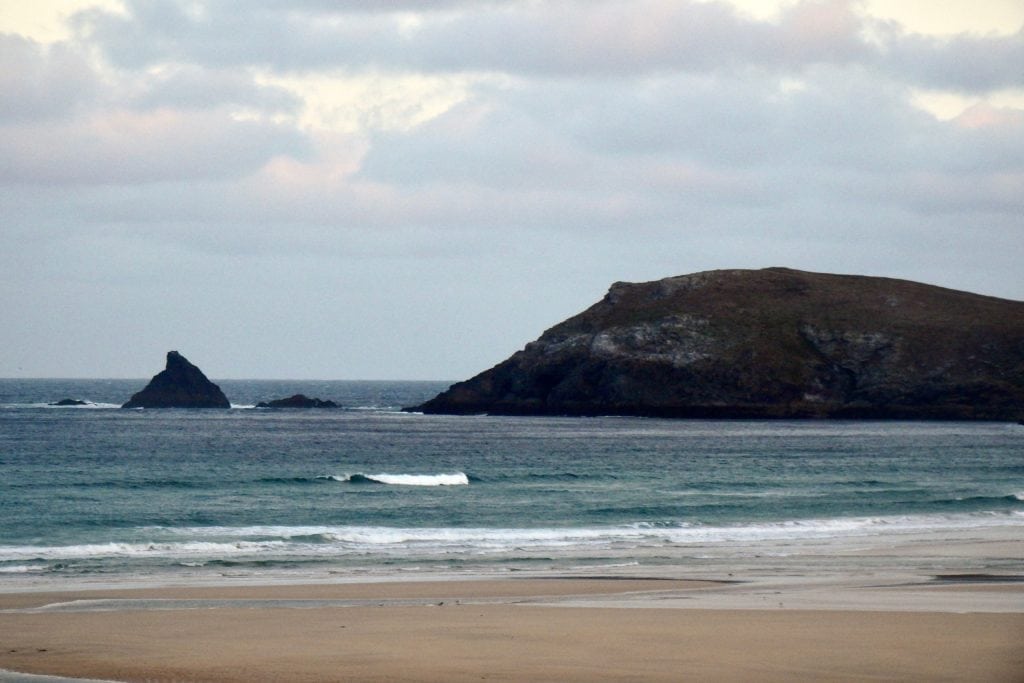 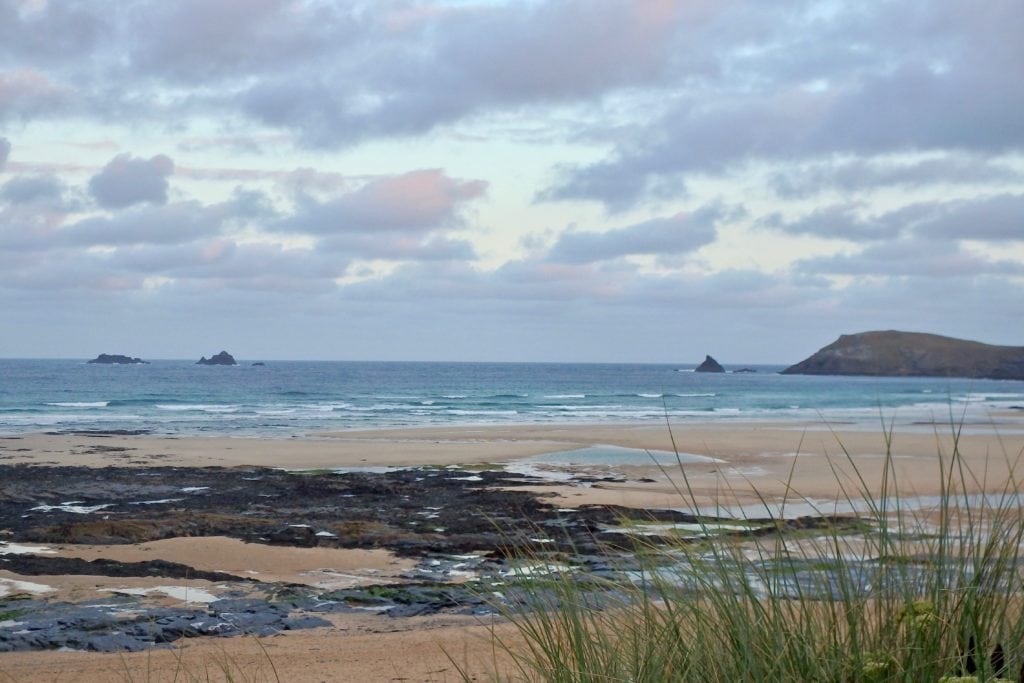 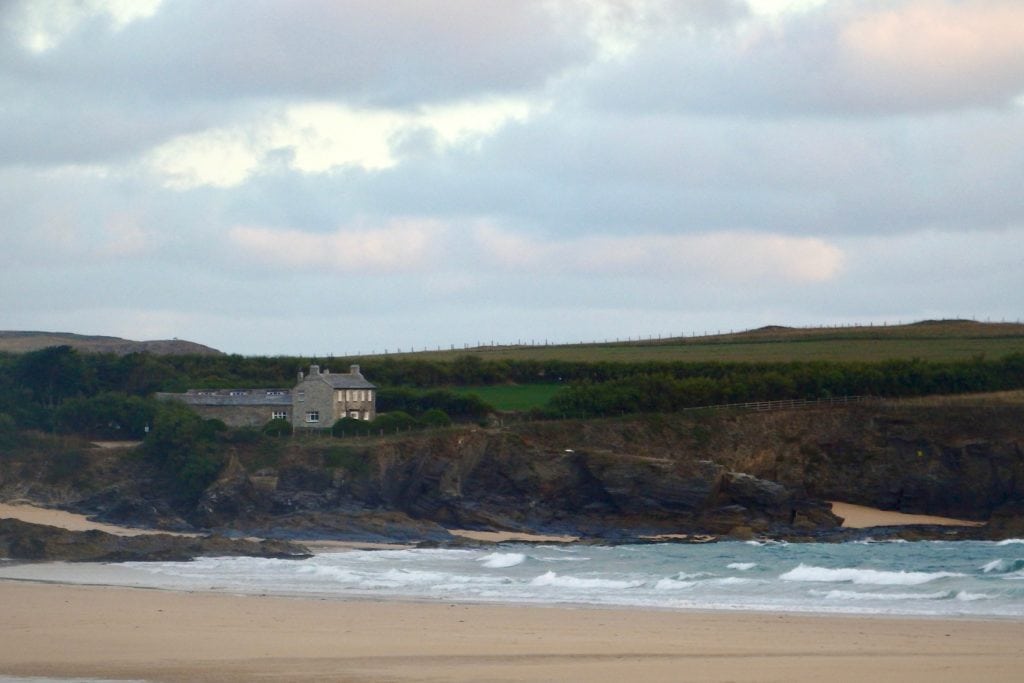 The wind is barging straight into Harlyn pushing and tumbling the foot or so of raggedy and chopped, crumbling little waves. It’s a dark and broody, empty and chilly place to be this morning but the sun is gradually pushing those layers of clouds apart to maybe allow something brighter for later.
But the surf will still be tiny and rubbish! 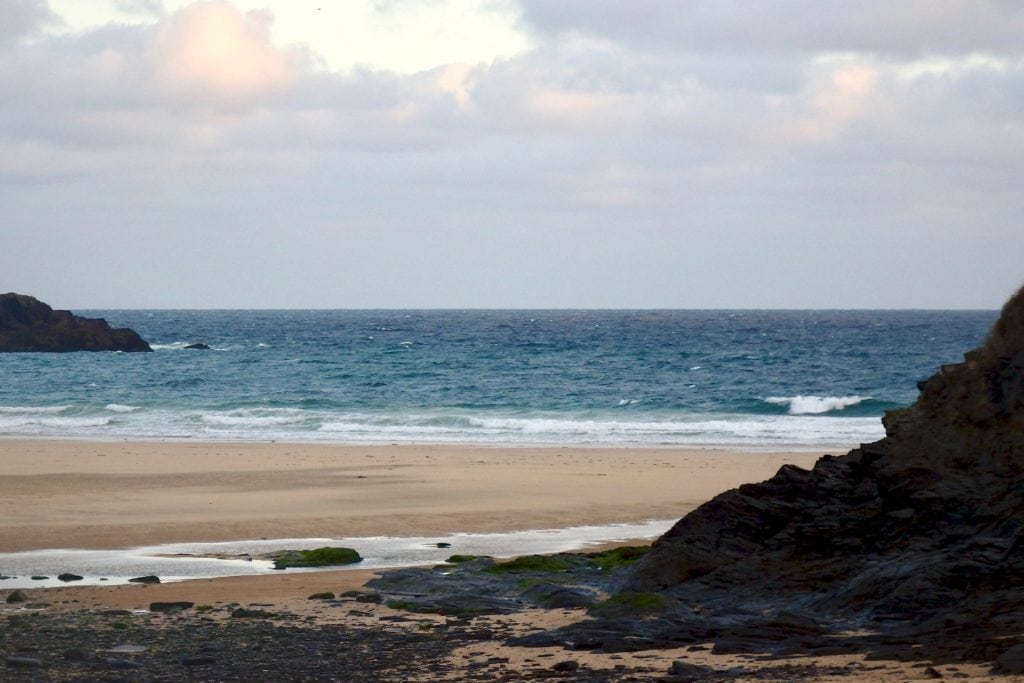 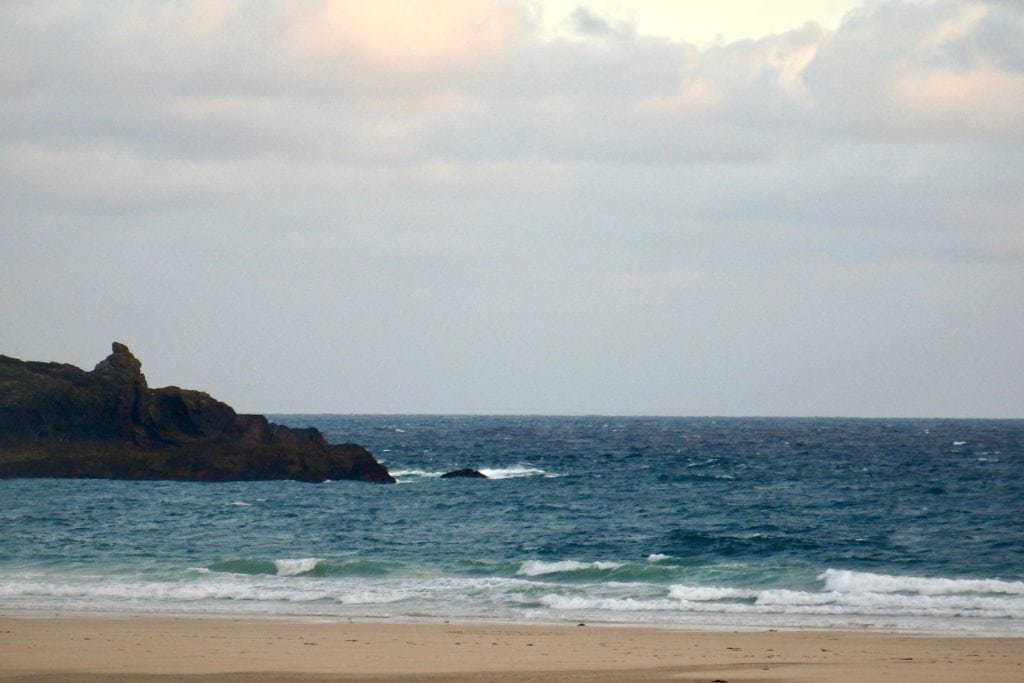 The same north easterly wind that has been keeping temperatures down over the last day or two will continue to gust our way today, maybe a little lighter, the sky a little brighter but the surf no more than a foot or two.

Calm conditions are all around us as this week starts to unfold, a light front drifting our way through Monday and Tuesday, a big old high pressure system pretty much filling most of the North Atlantic.
So we are probably going to see a few light depressions dropping across to the north of us as we go along, not really bringing much surf our way but keeping clean conditions, at least for a few days.
So, small but clean and fun surf will start us off this week, a foot or two of mainly glassy little swells folding themselves this way. The air is going to feel cooler through the middle of the week and then we should see some bigger surf towards the end of the week when, yes you’ve guessed it, the wind will swing onshore.
But that is a little way off yet.
In the meantime let’s enjoy these smooth and calm conditions as those fun little swells roll ashore.
Have a great week, wherever you are and whatever you’re doing!