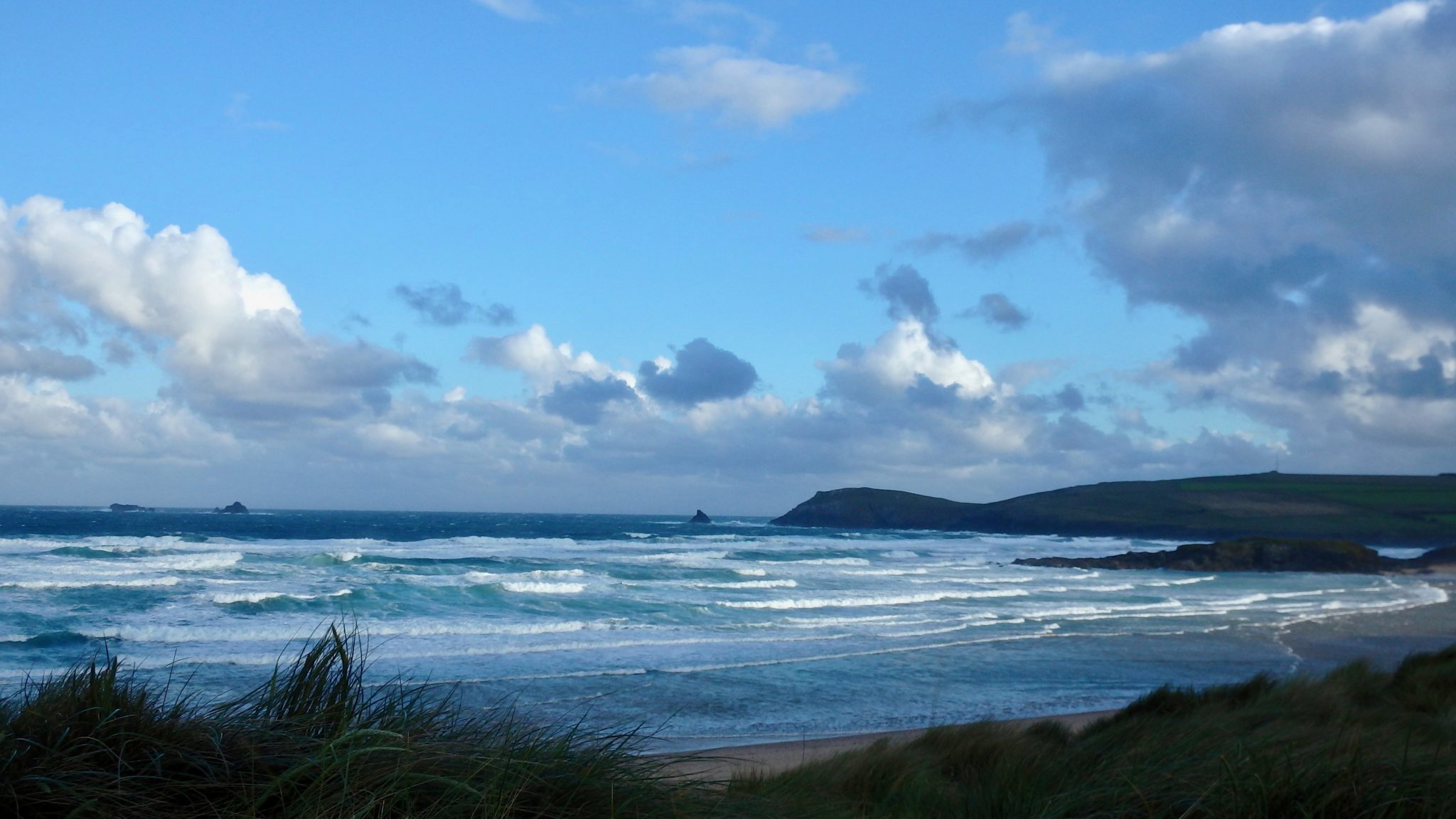 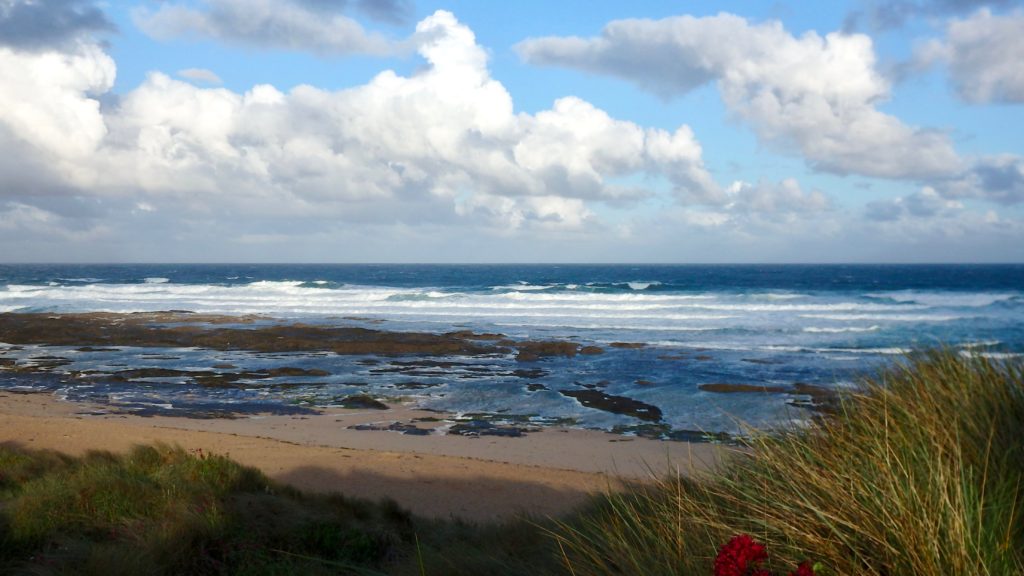 West north westerly gales are blasting the coastline again this morning, the hedgerows and marram being shaken and rattled while tall and lumpy cloudbanks scurry across the skyline.
The surf is wild and stormy with six to eight feet of gale battered swells being flung into the bays, looking mightily unrideable.
There’s a lot of brightness between those biblical downpours this morning though! 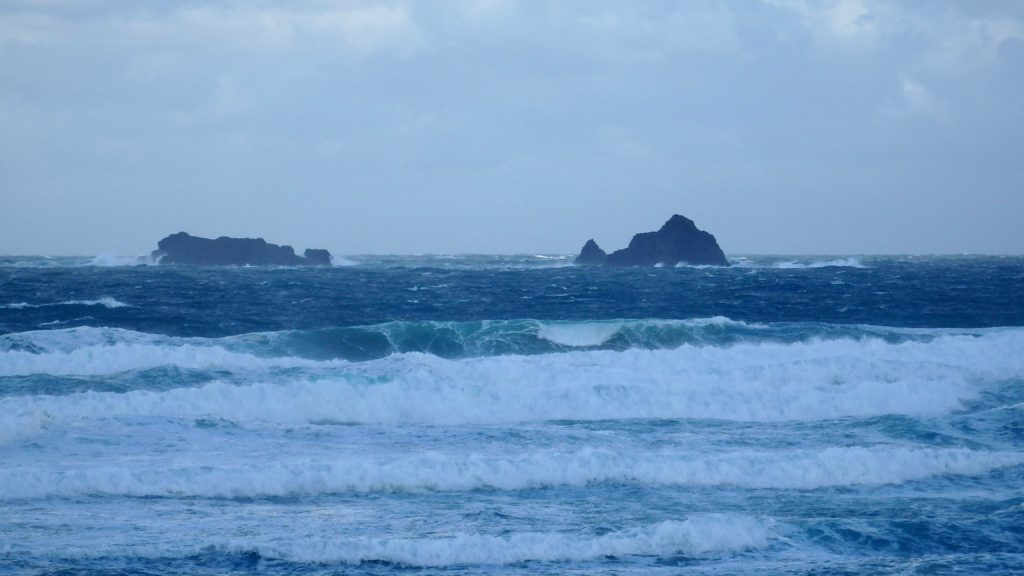 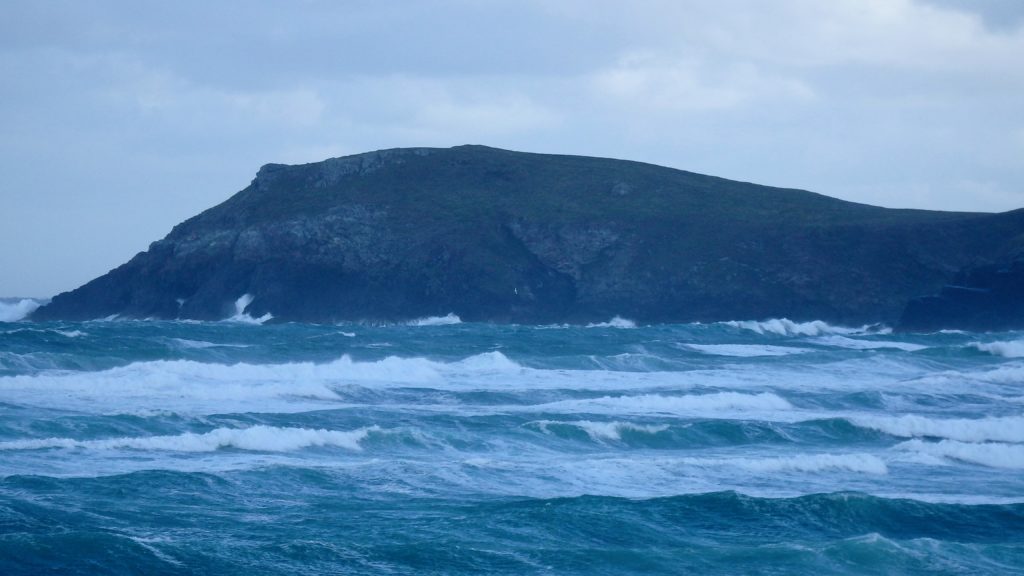 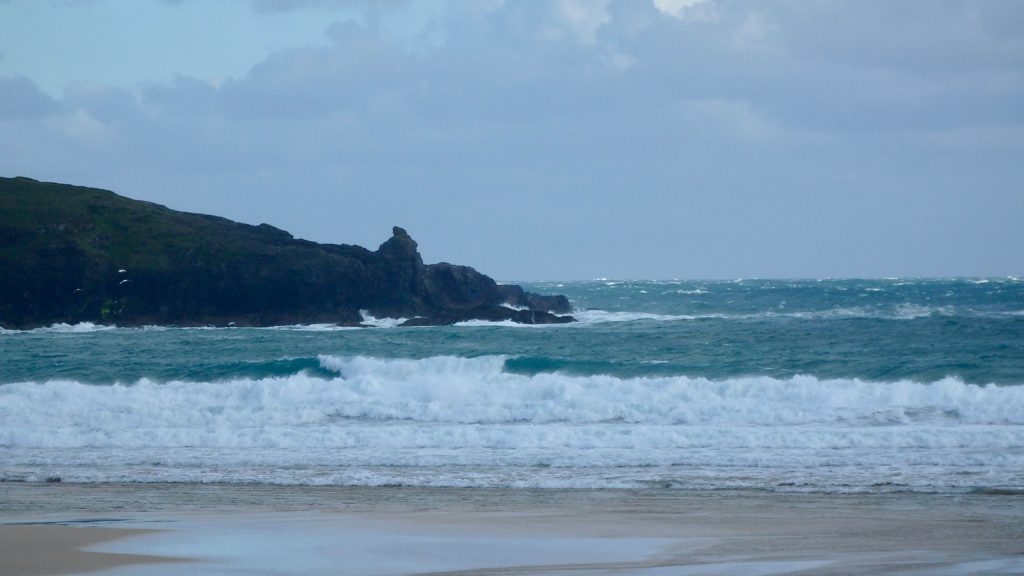 Four to six feet of out of control surf is being flung into the bay this morning by that still very angry onshore gale.
There’s not much to surf on in between those stinging downpours though, those waves are just dumping onto the sand wherever the wind blows them.
So it looks like a drive over to the other coast if you’re keen on a surf but even then it is still going to be windy! 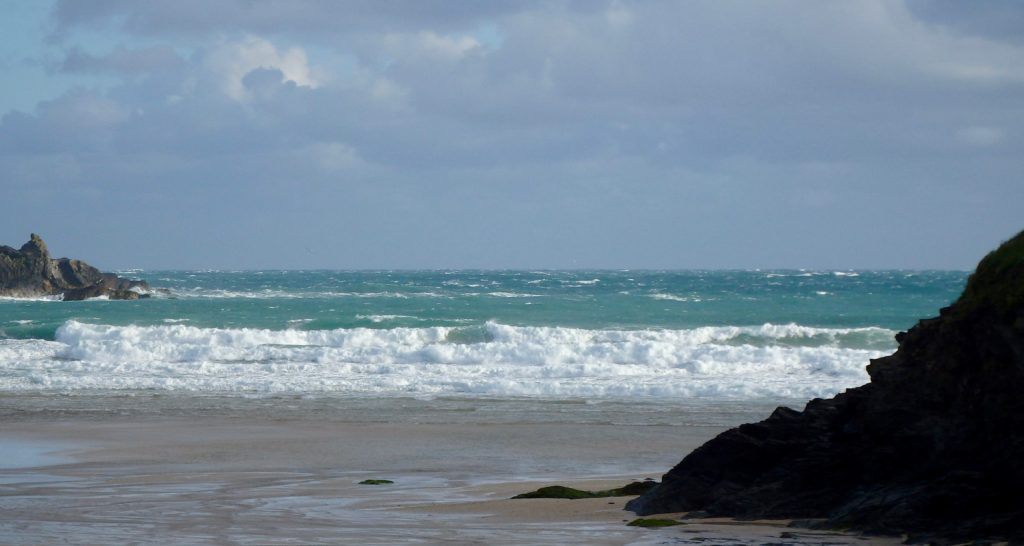 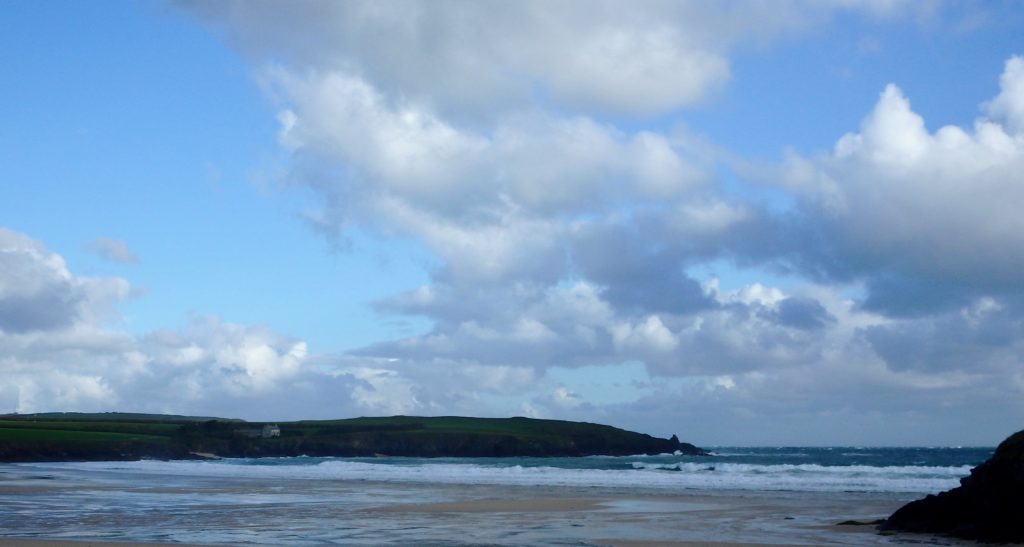 he wind is forecast to gradually ease through today but it is still going to be blasting in hard in the morning, north westerly to start, backing south westerly later. So we might just see some more exciting surf over at Harlyn by the afternoon, that sou’ wester swinging offshore there.
Four feet plus of chomping and offshore-hollowed dumpers should be on offer as the afternoon tide rolls in!
And we might just see some bright weather in between more showers too!

Howling and screaming onshore winds are set to plague us through this week, a week of mixed weather and stormy, stormy winds.
The start of the week will see plenty of rain falling on a thick and big, bumpy and lumpy swell, building through Monday and peaking into Tuesday, showing some big waves everywhere by Tuesday morning.
Those onshore gales, veering from north westerly to south westerly are going to make it testing though, the search will be on for some sheltered spots to surf throughout the week, or if that’s not your thing then Harlyn will offer that cleaner and sharper option later in the week, even if you have to enjoy all those close-outs before you get a good ’un!
And that’s the way of it for the whole week by the look of things!
Have a great week, wherever you are and whatever you’re doing!