It’s a brighter and lighter, quieter morning this morning, especially after last night’s noisy downpours.
There are still threatening clouds just over there but right now it’s bright ‘n breezy.
The surf is a bit disappointing, a couple to three feet of quite sloppy stuff, all wind tugged and bouncy.  That wind must be a little more westerly than forecast, not that strong but strong enough to affect the quite weak looking surf.  Given that the tide is half way in, I couldn’t say that it’s likely to improve much either. it will probably pick up a little but HTC is still only likely to be a bumpy three foot of mixed up surf.
So, if you have just skipped back to school or are merrily making your way back to work after the long weekend, don’t worry, you’re not missing much in the way of surf. Not here this morning anyway!

We have been rebuilding our shop team here for the 2014 season and it’s all going well with a few new characters to help you find what you’re looking for. But we are still looking for that important but elusive person to fill the role of team leasder!
Someone with just a bit more, an interested and interesting person, capable of shepherding us all along. Great with customers, great with staff, understanding of the Groms and with an eye for style. A knowledge of how a wetsuit should fit and what fins do what for a surfboard would be useful, an ability to get on with everyone more vital.
You can view the original job description at https://www.constantinesurf.com/blog/join-the-constantine-team-for-2014.
If you’re interested then drop a mail to [email protected], phone on 01841 520250 or drop in on us for a natter!

It’s all a bit slack around here as well this morning, a couple of feet or so of warped and bouncy close-outs slapping at the sand. The tide looks pretty low considering it has been rising for a couple of hours.
I guess that it should still improve with the tide, hopefully cleaning up a bit and maybe building just a little too.
But right now it is very missable.
It should be worth a look back in couple of hours and hopefully it could/should be two or three feet and cleaner.
Maybe. 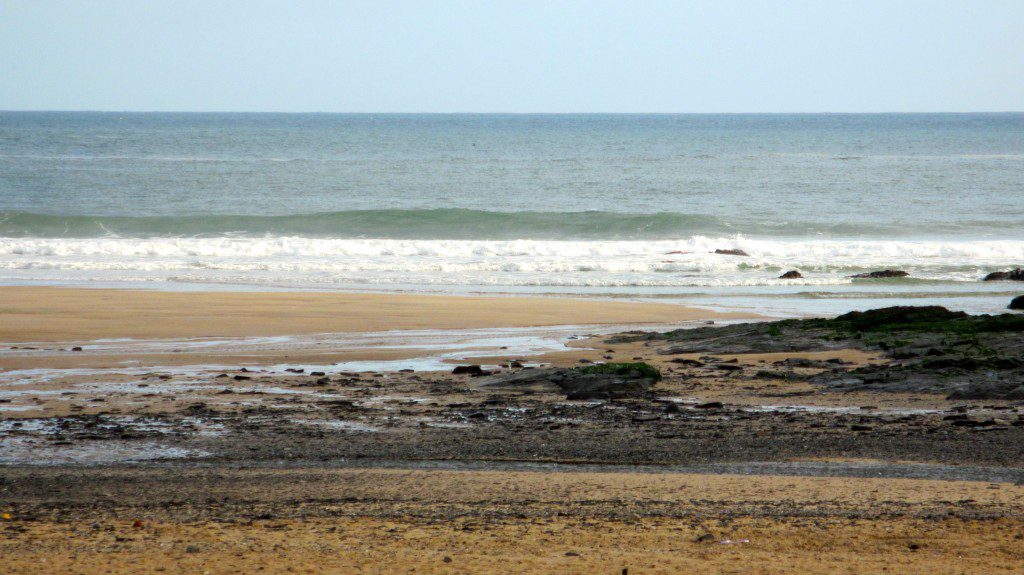 Surf Forecast for Wednesday 7th may 2014

It should be way better today.
The south westerly wind will have control, a steady blow helping the already bigger swell along. Yep, it’s looking like a Harlyn day today and maybe a good Harlyn day!
Four to six feet of solid swell in a blustery but offshore (at Harlyn) wind, the sky mainly bright and cheerful and the beaches still quiet.
It could be good today!

A half decent and solid little swell is expected to be rolling our way over the next few days.
As the kids slip back to school after the long weekend some bumping surf is due to crash against our shores pretty much all week. A blustery south westerly wind will be strengthening, helping to push that steady groundswell and giving it that extra couple of feet or more of size and just a little extra oomph too.
The weather is likely to be that fresh, bright and breezy kind of stuff that we expect for early summer, mainly bright and cheerful but with showers never too far away.
So for those early holidayers or those late season returnees, there should be a very pleasant week of some sun and plenty of surf to play in.
Have a great week, wherever you are and whatever you’re doing!