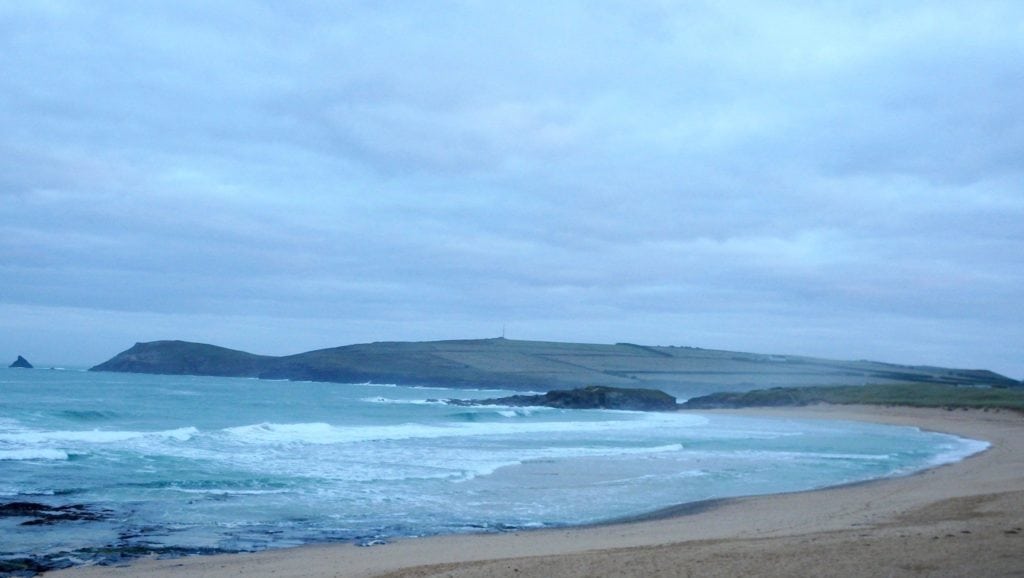 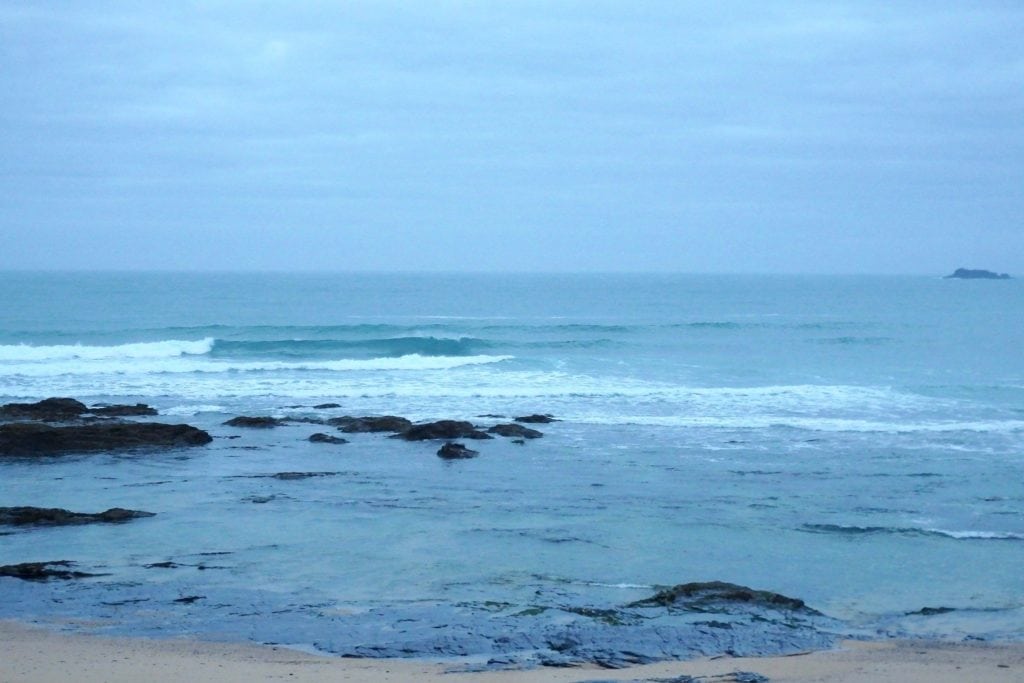 There’s an air of somewhere else on the beach today, with the thermometer reading 19degC and the sky heavy with cloud, the breeze light and almost, just almost, offshore.
And some very pleasant surf is rolling in too!
Three to four feet of thick swell is hesitating its way into the bay producing some fun looking peaks but very much looking like the start of something rather than the main event. Rhys, Cam and Charlie are grabbing a few off that peak over by the Point, leaving my favourite left-hander to grind in unridden, so far!!
But it is ‘setty’ so far and still just a little bumpy. Give it only a short while and we could be enjoying some really very good surf!
It should brighten up a little later too! 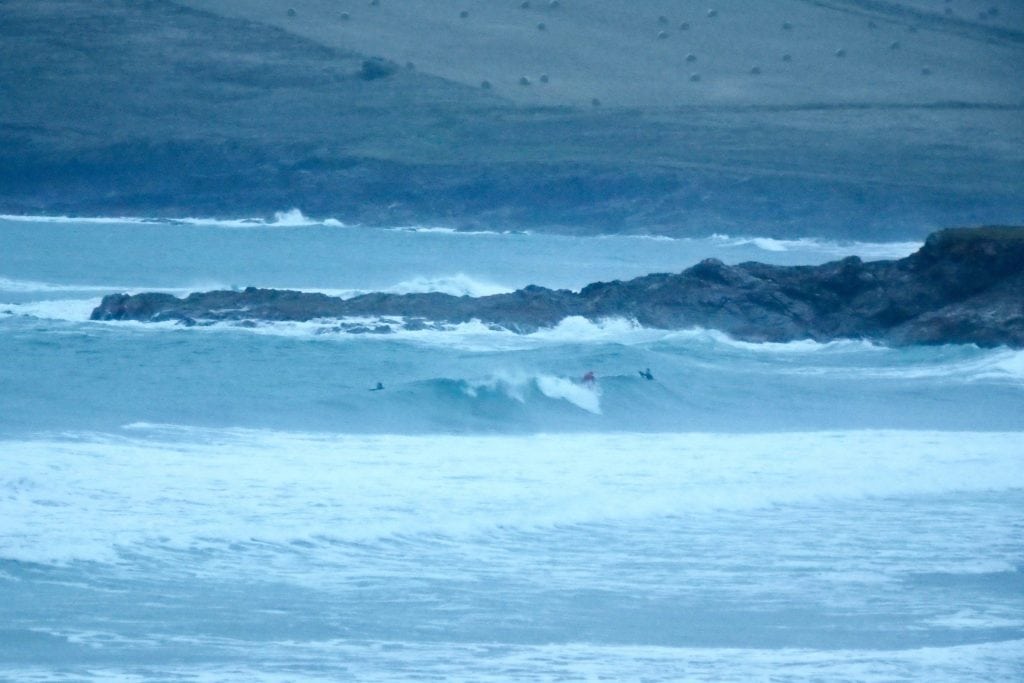 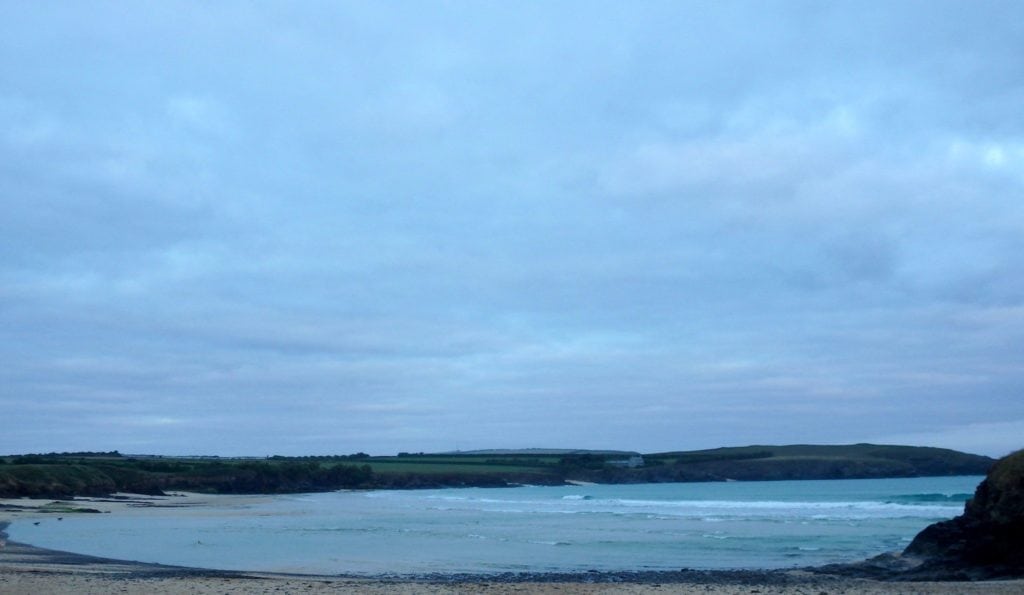 A foot or two of sparkling clean and peeling little waves are dancing into the bay this morning, real small but real pretty too!
The other side has the surf today, it’s pretty much pumping around there but right now there are some pleasant looking little longboard waves here to glide on! 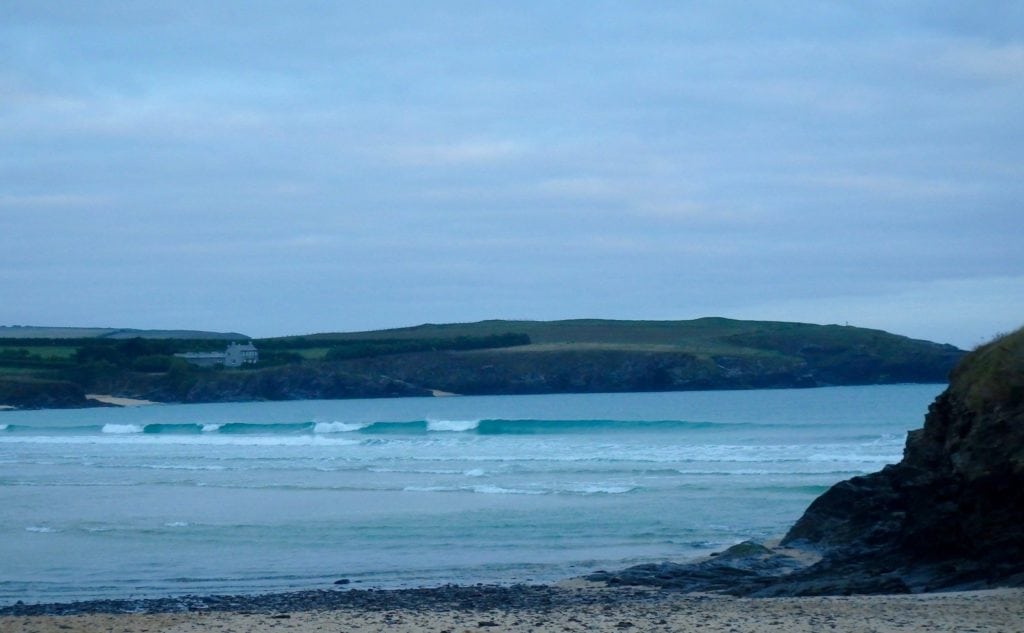 A two to three feet, ten second swell is likely to be cruising in against a steady but light enough offshore breeze.
With high temperatures expected and the hope of some bright and clear skies as well as that rhythmic and smooth swell, we could just be enjoying an excellent day today!

As the schools reopen and the summer holidays come to an end, this week seems keen to show us what this summer could have been like!
After a slow start to the week with westerly wind continuing to push through lumps of mixed up windswell through Monday, the wind is easing up and gradually switching offshore!
With just a tiny piece of luck this should perfectly coincide with the arrival of some strong groundswells running our way from those tropical storms that have been filling themselves out over on the other side of the Atlantic.
And so we should be basking in the luxurious warmth of a late season high pressure system just as one of the few proper swells of this year arrives!
Three to four to five feet of offshore smoothed and sunshine brightened surf should be on offer all along the cast, all through the week!
Well, that’s the plan anyway!
Have a great week, wherever you are and whatever you’re doing!