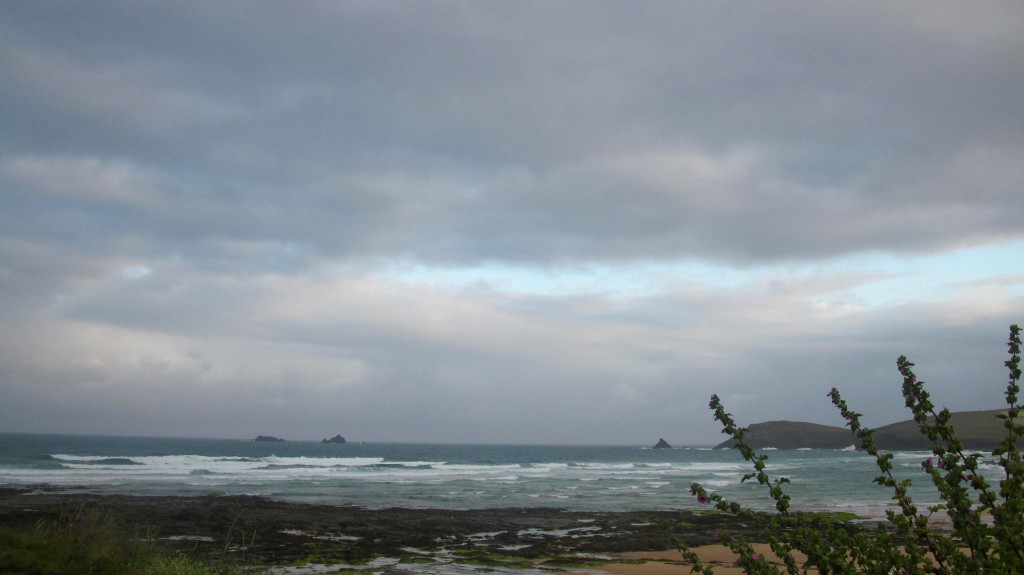 So, midwinter has returned then!?
It is a bit of a grim one this morning, the gusting wind rattling in from the west, that squally rain feeling cold against a summer craving skin, while the surf is being pushed and pulled around the bay.
That surf is about three feet, probably bigger on those crumbly set waves, the wind toppling all of the waves over far too early to be much good to a surfer. But there have been some good and hollow breaks happening at a couple of stages of the tide over the last couple of weeks, the occasional sandbar throwing up some hollow little peaks to ride, even in these onshores. The HTC crew might find some sand blasting hollow ones to surf on later this morning!
We should see some gaps in the clouds through the day but we are likely to see plenty of shower action too while that grey, grey sky is reflected in that equally great sea. As alway at this time of year though, it could be an entirely different day within a couple of hours! 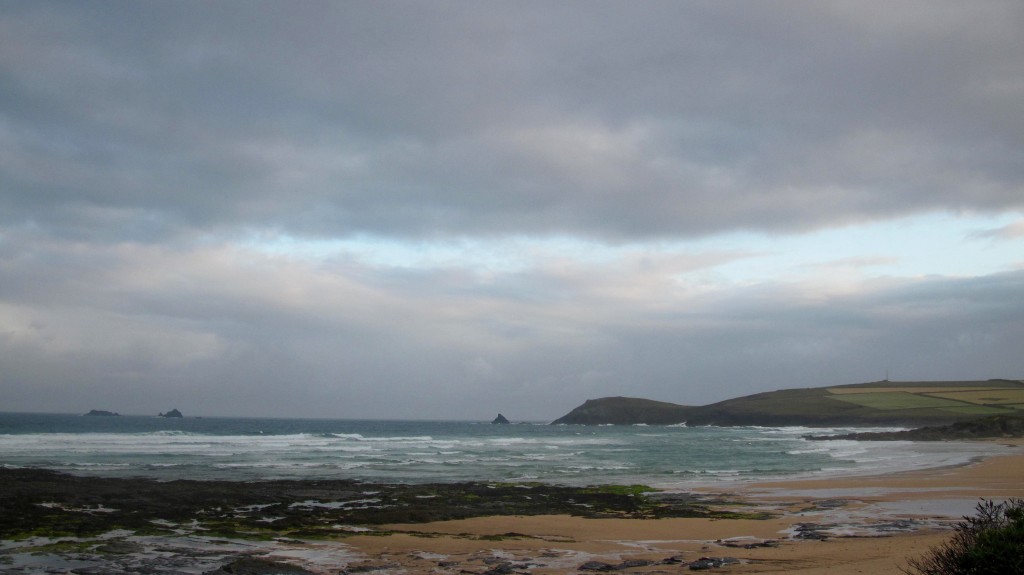 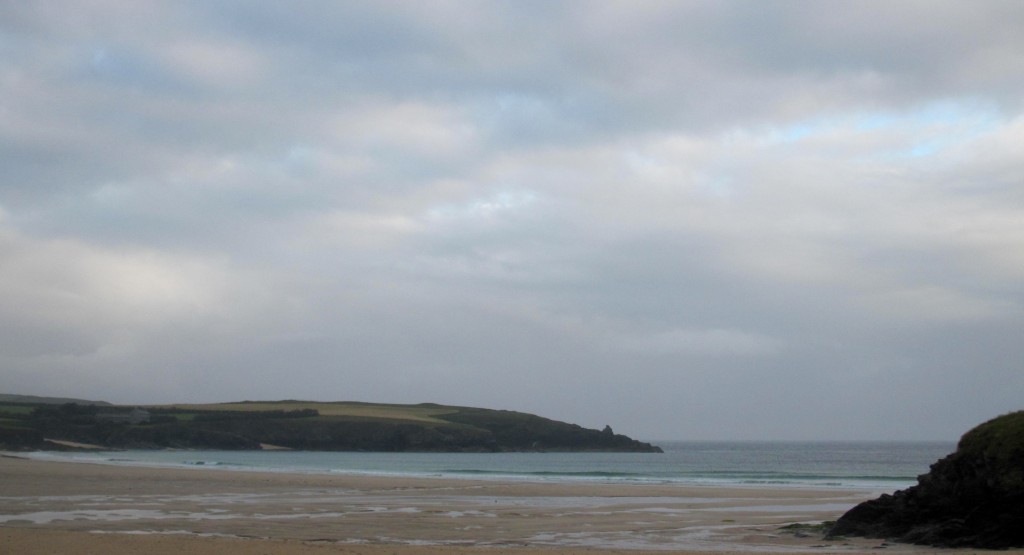 There are little waves here again today, all glassy and smart and sharp but really very small, a foot or very occasionally two at the most.
But the tide is on the rise and that westerly wind should help to push some swell onto our coastline, so it could improve as the morning rolls on.
Right now though, it is barely knee to hip high! 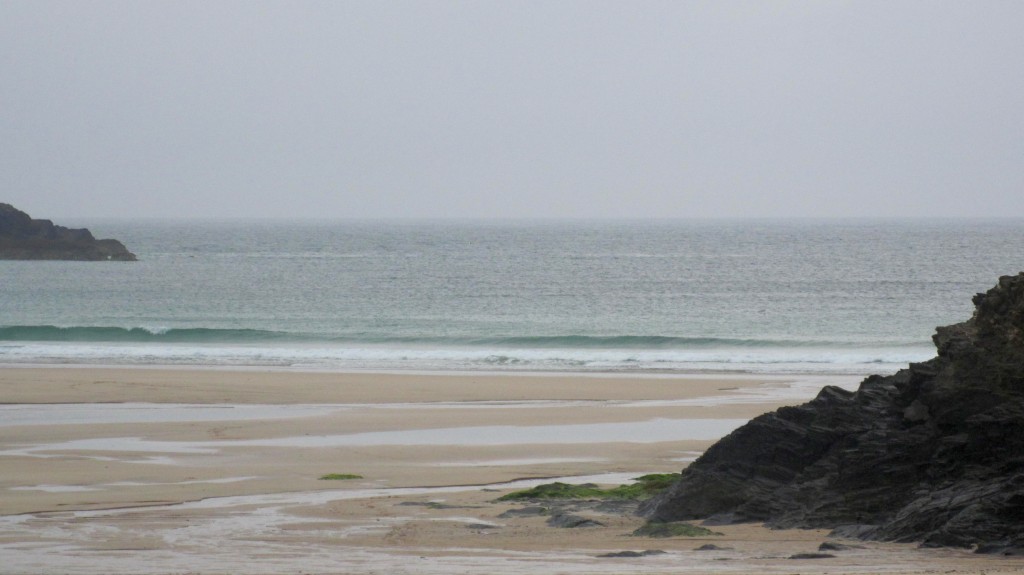 North westerly winds are going to be chilling the air temperature today and they are likely to mess up what surf there is too!
The surf is likely to be substantially bigger but it is likely to be fairly close fetch and mixed up kind of stuff too. Whether it will be worth a trip to the far coast, we’ll have to wait and see but there is a chance that there is enough swell to swing around and into those surf breaks over there.
But back at home the whole coastline is likely to be chopped out and messy!

Another week of mainly onshore wind looms, a consistent three to four foot swell pushing in all along the coast, big bundles of white/grey clouds being ushered along to show a lot of dark as well as some brighter skies too.
Tuesday is likely to throw up that old choice of whether to surf three foot and bigger but choppy and sloppy Constantine side of the headland or super clean but tiny Harlyn side.
Or maybe a bit of both working with the tide?
We should see some much bigger surf by midweek but with north westerly winds coldly blustering in, blowing onshore everywhere on this coast. The south coast might be worth a look but that’s not guaranteed to be big enough to make the journey worthwhile! It could be worth a look though.
And then the end of the week is starting to look quite pleasant. But that is a long way away yet!
Have a great week, wherever you are and whatever you’re doing!