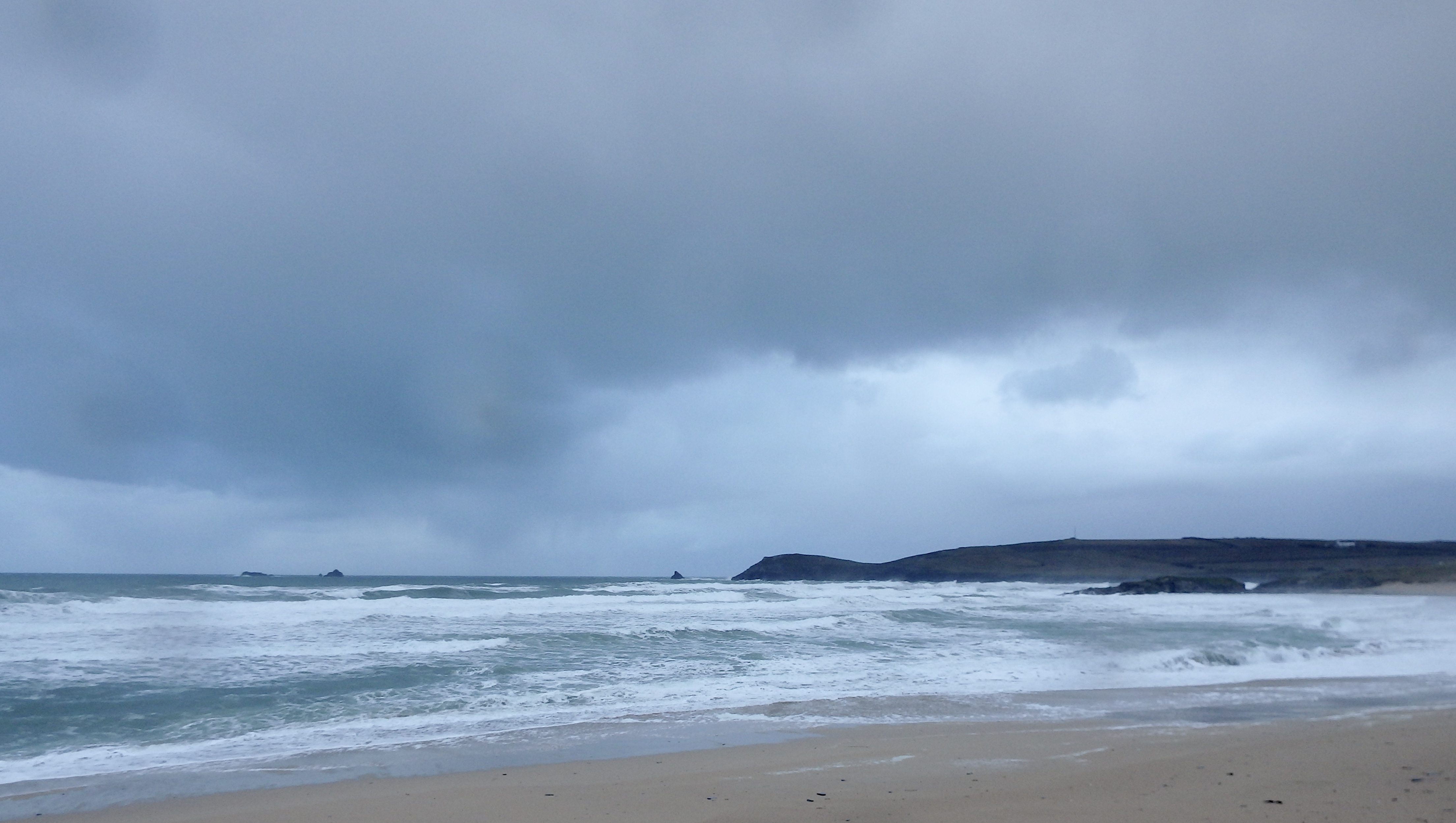 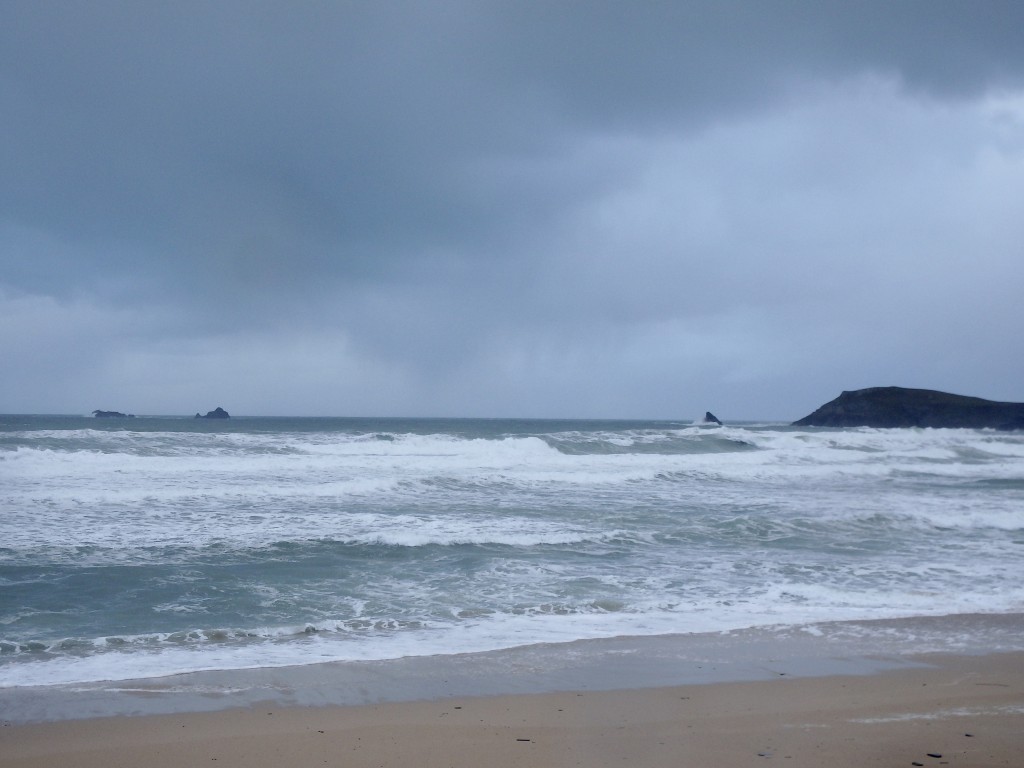 As well as being windy and grey and the surf being blown out again, it is really quite chilly out there this morning too!
The wind is galloping down from the north west, obliterating the already windswept and lumpy six feet or so of surf, while those wild, rain and hail filled squalls are stinging as they blast through.
There’s nothing to ride here today, there’s just a mess of windtorn junk surf washing around the bay.
The south coast might be worth another visit though!? 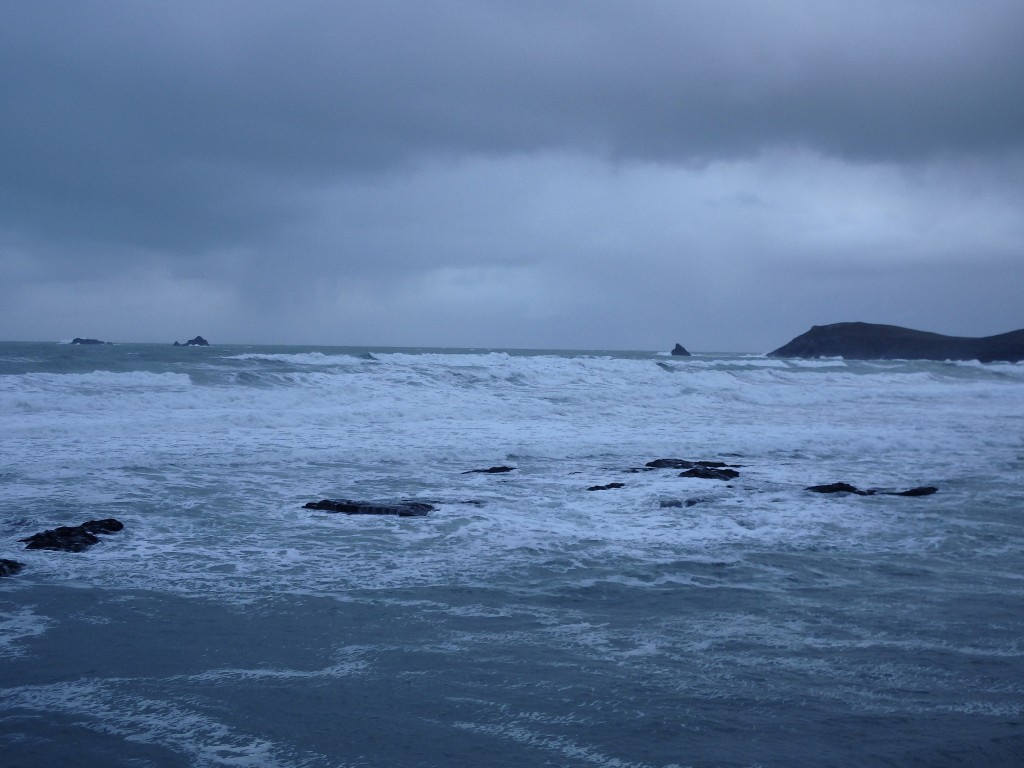 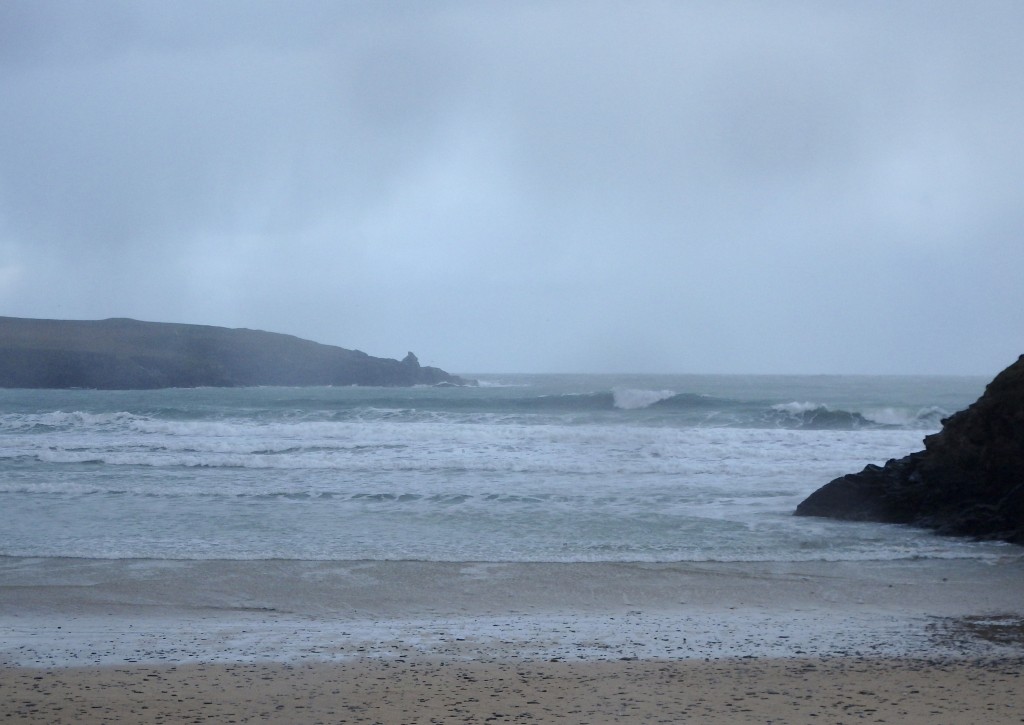 The surf is junky around here this morning too, the north westerly, onshore wind coldly chopping and slopping the three to four feet of erratic surf.
It doesn’t look fun and it does feel cold!
I think another wander over to the far coast might be on the cards? 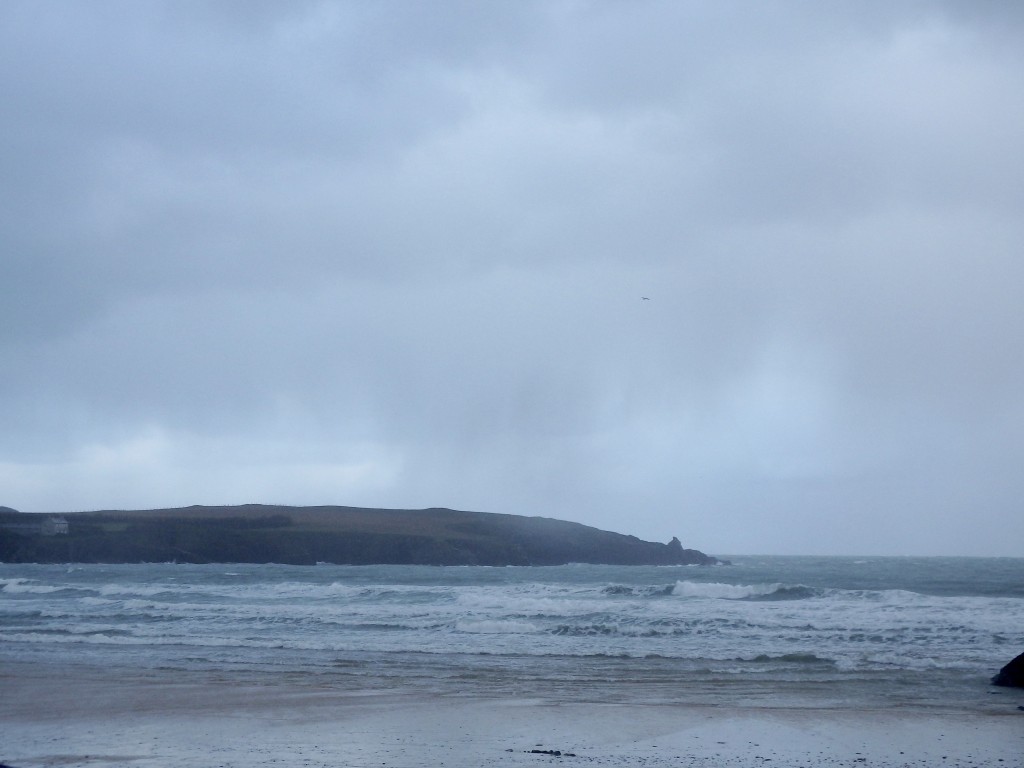 More onshore winds, more out of control, junk surf, more wet ’n windy weather!
Well, it might be a tad brighter today with just a little less rain and it should feel a degree or two warmer too but the surf is still going to be onshore chopped and messy.
If we’re lucky, Harlyn might have a couple of feet of not too messy surf through the afternoon but it’s unlikely to be all that great!

Ha! How big was that!?
Huge storm surf blasted its way ashore on Monday reaching into the ‘as big as it gets’ scale! But accompanied, as always, by those storm force winds.
It was a great day for storm watchers and seascape artists but those of us who just wanted to ride a few waves were struggling to find anything of real interest. Lots of goose chasing up and down lanes and motorway but mainly getting skunked at all of the hoped for dream destinations.
And now the winds have switched to the north west, onshore all along our coast. And it is likely to stay that way for a few days at least.
So our best options all seem to be lying over on the south coast for the next few days and it could actually be quite good over there too!
There will be a lot of choice but there will be a lot of waves as well, so take it easy and be safe!
Have a great week, wherever you are and whatever you’re doing!